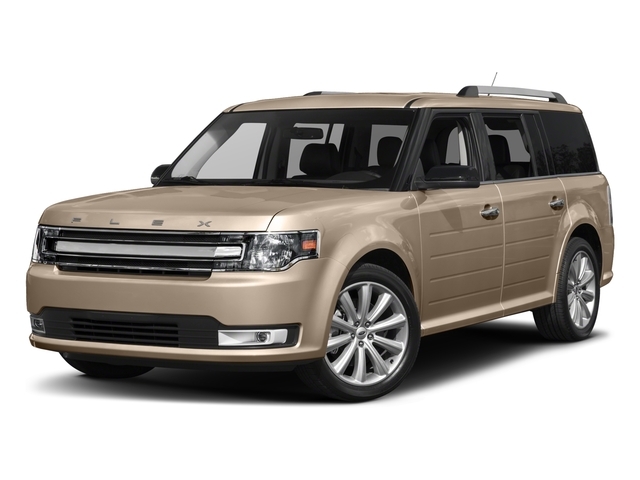 Ford's Flex is a modern take on the classic American family hauler. Sharing its platform with the Ford Explorer and Lincoln MKT, the Flex sits higher off the ground than a traditional car yet its seating position isn't as lofty as a standard crossover.

Despite the fact its design is over eight years old, the Flex still stands out thanks to its distinctive, slab-sided styling. No, wood panels aren't available, but the body shape and tailgate trim forge a visual connection to large wagons of the past like the Country Squire or LTD. The Flex is loaded with unusual design details, too, like grooved door panels, chunky hood lettering, and available contrast roof finishes; it simultaneously bears a resemblance to the Range Rover and, oddly enough, the Mini Clubman wagon.

The Flex's forte is its flexible and practical interior. Six or seven adults can ride in comfort, and it's easy to get in and out of thanks to its low ride height. While it may not have the same number of USB ports as some of its newer rivals, the Flex has plenty of nooks and cubbies to store things, and up to 10 cupholders. Six-seat models have a console armrest with a built-in fridge that also has a rapid-chill freezer mode. Add that to a plush, absorbent ride and a quiet cabin, and the Flex is a perfect road-trip vehicle.

The Flex is also a useful and spacious cargo hauler. A low lift-over point makes loading and unloading heavy objects easier, while a power tailgate and power third row are also available. With the second and third row folded flat, the Flex has 2,356 litres of space.

For 2017, the Flex carries over unchanged. Last year, Ford upgraded the Sync3 infotainment system to include Apple CarPlay and Android Auto. The Flex is one of the last Fords to use capacitive touch controls for the climate system, which cannot be used while wearing gloves; the Edge and Explorer have moved back to traditional buttons.

The Flex is available in SE, SEL, and Limited trims. In SE and SEL form, the Flex is front-wheel drive; all-wheel drive is an option on the SEL, and standard on the Limited. All versions come standard with a six-speed automatic.

All trims of the Flex come standard with a 3.5-litre V6 engine that's naturally aspirated. It produces 287 horsepower and 254 lb-ft of torque. Unlike the Explorer and a growing number of the Flex's rivals, a four-cylinder version is not available. Both FWD and AWD versions of the Flex 3.5 are rated at 12.7 L/100 km city; the front-drive Flex is marginally more economical on the highway with a fuel economy rating of 10.2 versus the all-wheel drive's 10.7.

Optional on the Limited is Ford's powerhouse EcoBoost 3.5 V6, which develops 365 horsepower and 350 lb-ft of torque. This engine offers effortless acceleration and something of a sleeper. It's slightly thirstier than the naturally aspirated V6 Flex at 15.7 L/100 km city and 11.2 highway, and premium fuel is recommended.

Ford has confirmed that the Flex will be discontinued in 2020, so there's still some time yet before the ax falls on this family hauler. In the interim, the Flex sells for $31,899, with the Limited AWD EcoBoost commanding an asking price of $45,699 before options. 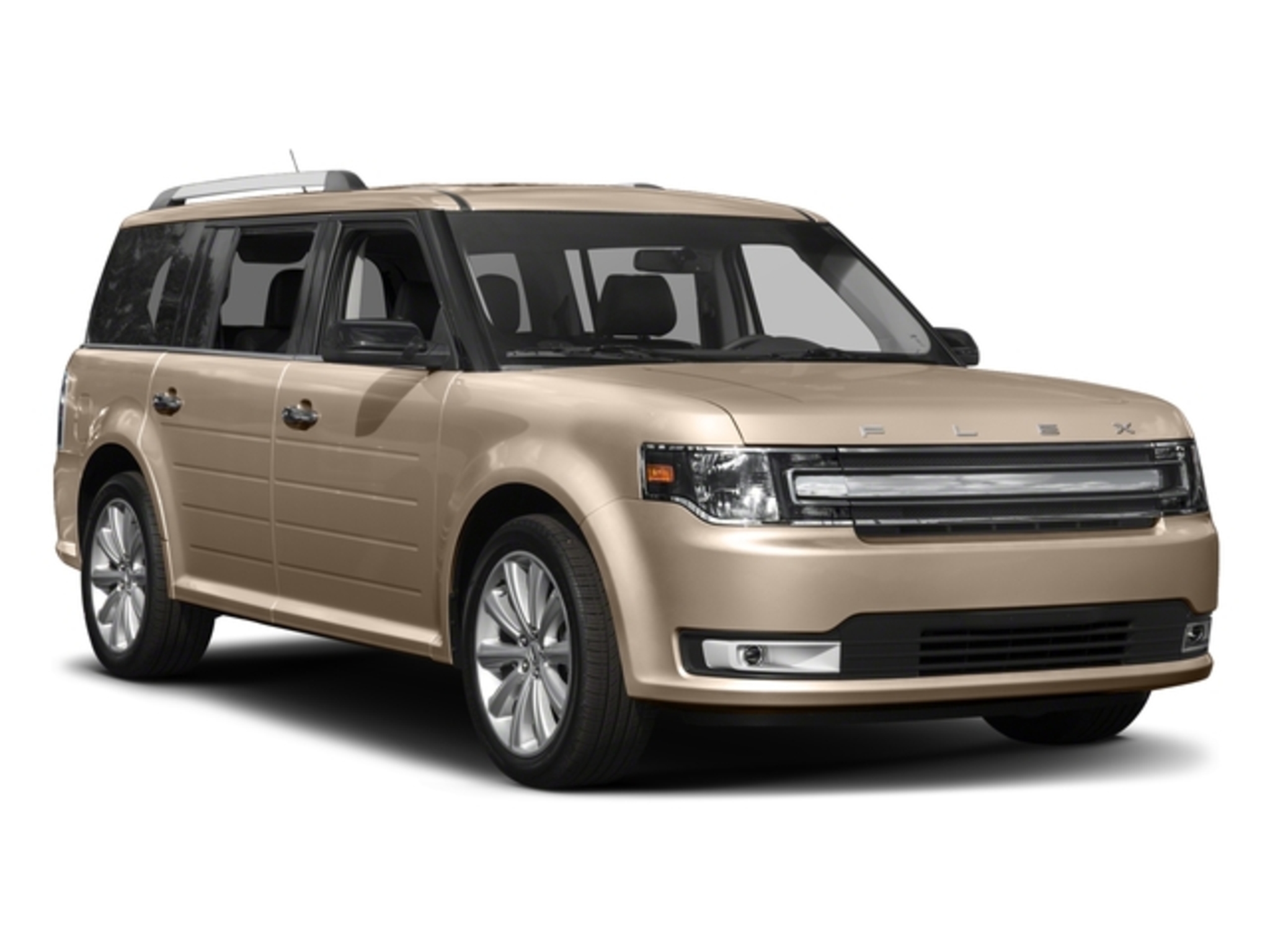 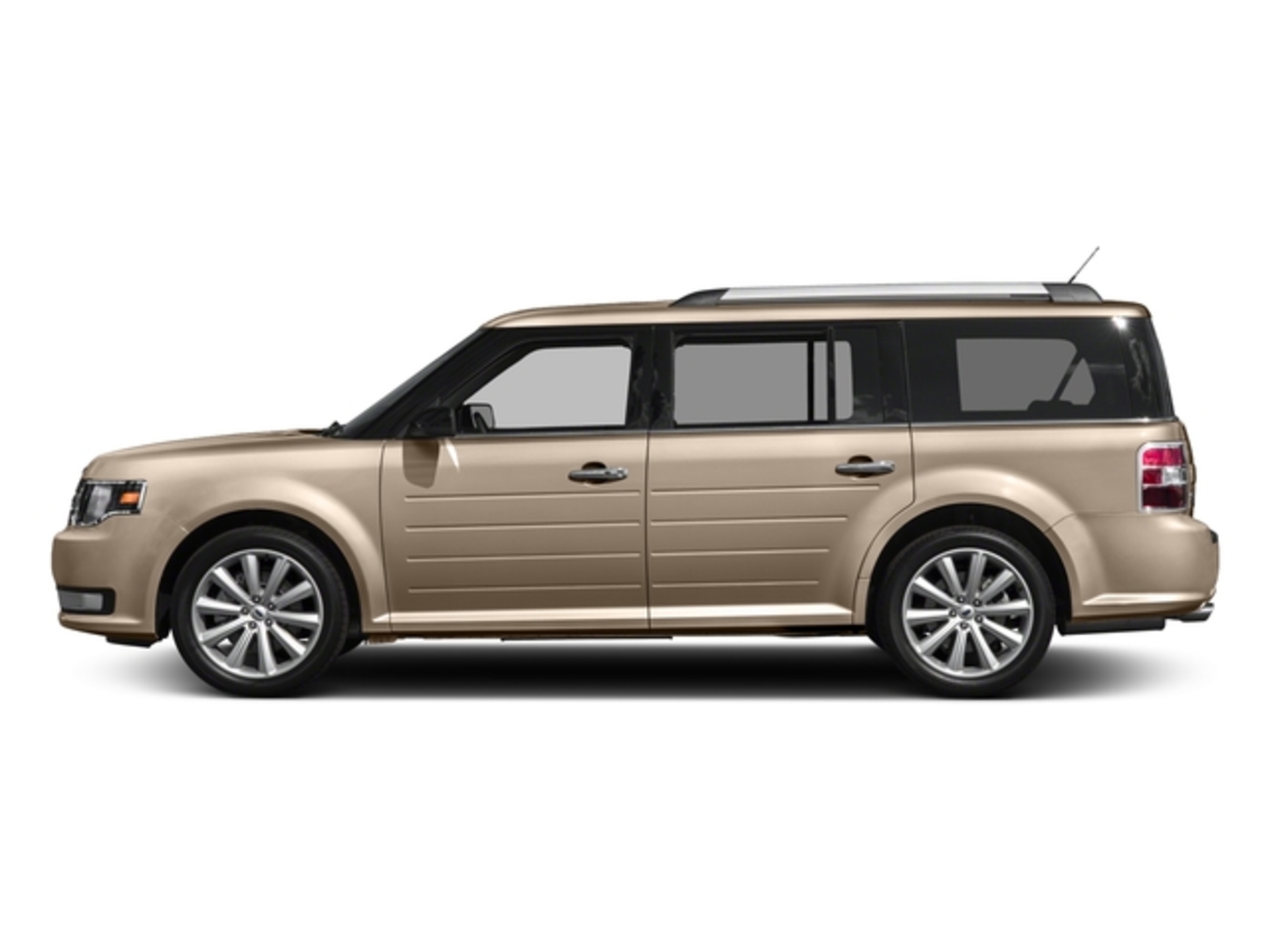 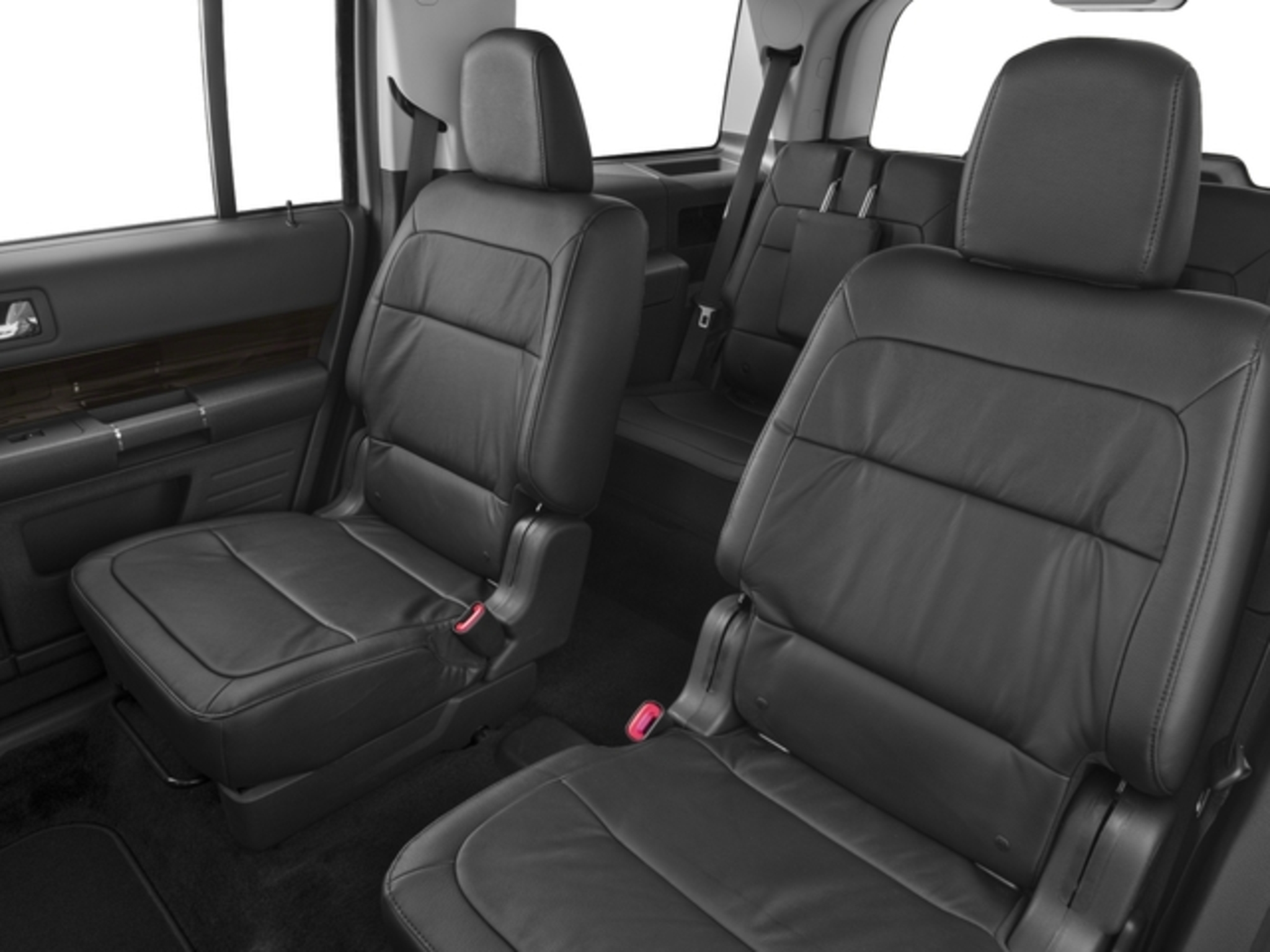 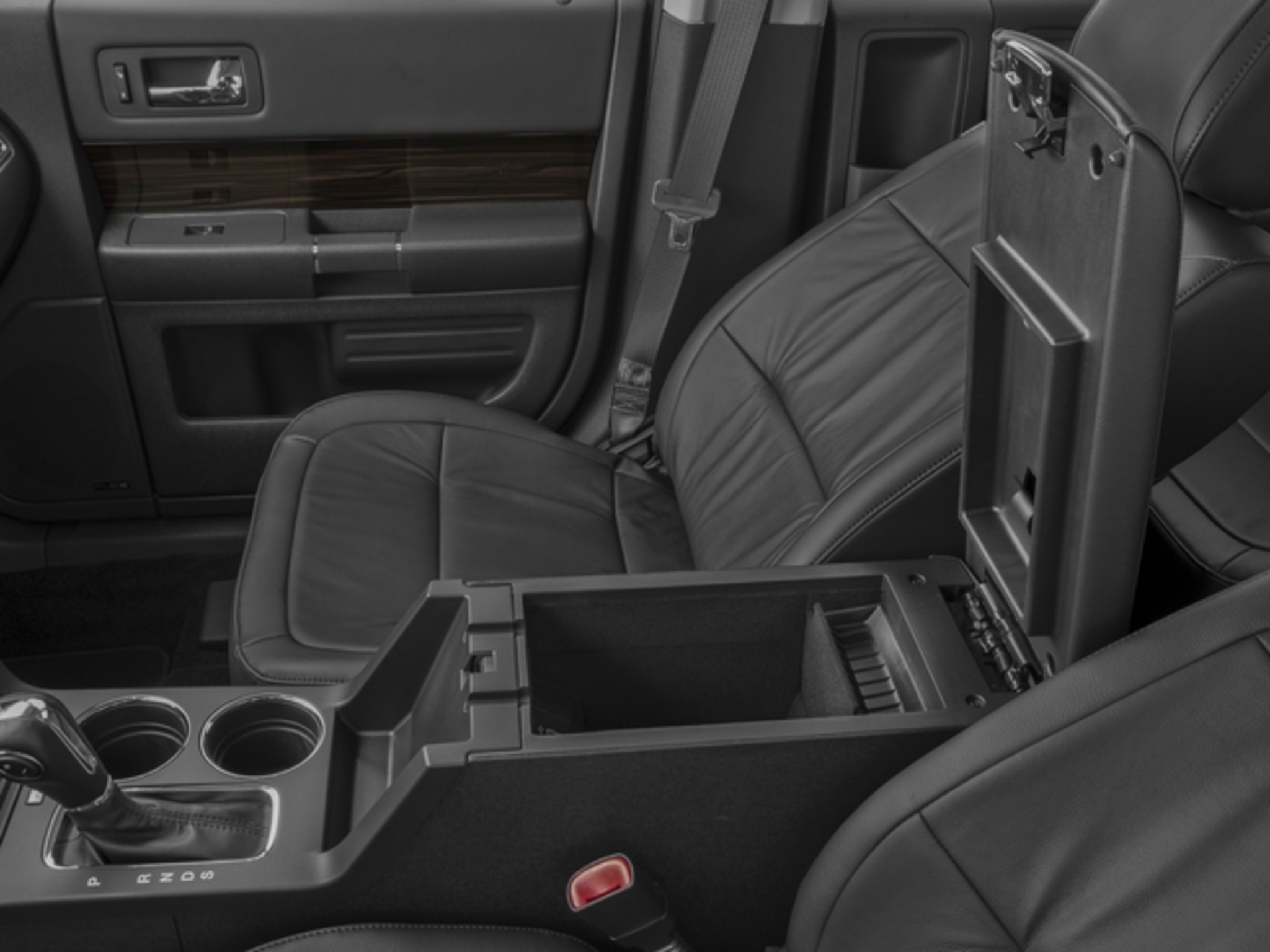 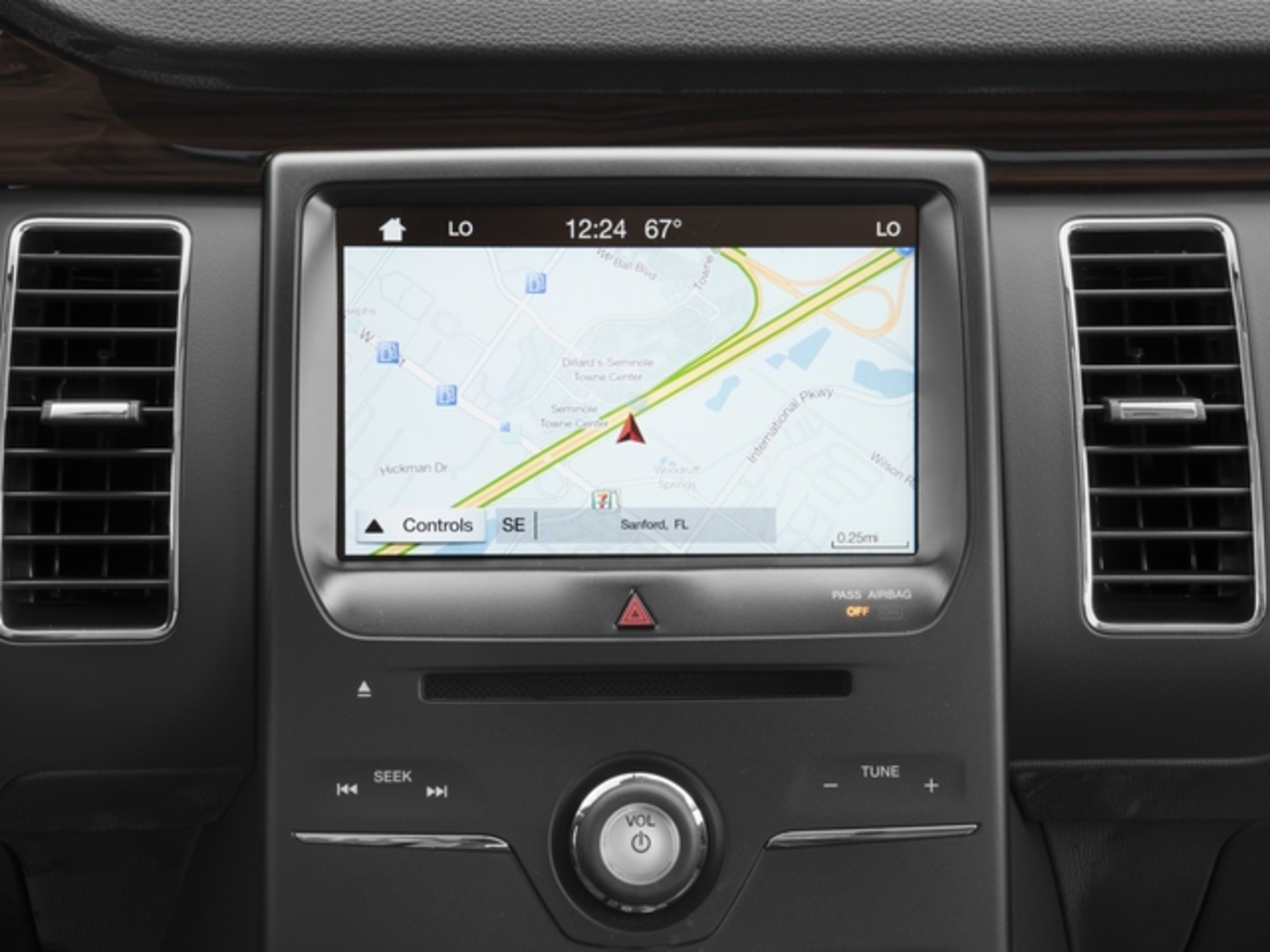 2017 Chevrolet Traverse Canadian MSRP $34,730 - $51,370 Compare View Details
Select Another Vehicle
Search now
Subscribe for the latest car reviews, listings, products and more right in your inbox.
By clicking 'Subscribe', I agree to receive communications from autoTRADER. I can unsubscribe at anytime. I also agree to the Terms of Use and Privacy Policy.
Subscription complete!