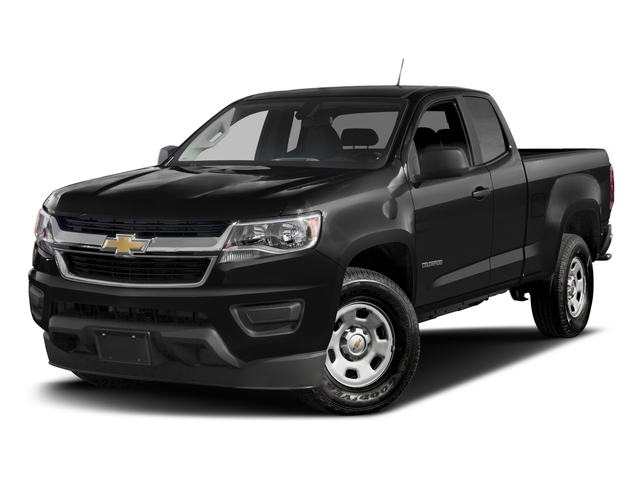 Since its launch two years ago, GM effectively reignited interest in the midsize truck arena with its Chevrolet Colorado and GMC Canyon twins. After last year's addition of the segment's first diesel model, the Colorado is subject to yet another powertrain revamp plus new features to keep it on consumer's minds.

New for 2017 is a bigger 7.0-inch version of the MyLink system, optional on the WT and standard on the LT which features standard Apple CarPlay and Android Auto. The LT trim level is also now available with heated cloth seats, while all trim levels now receive the Teen Driver function to monitor and report on driver behaviour. Two new exterior colours are available for 2017 - Graphite and Cajun Red; they join Laser Blue and Orange Burst, which were added late in the 2016 model year.

The '17 Colorado benefits from the General's new 3.6-litre V6 engine. While the motor has the same displacement as last year, and continues to offer direct fuel injection, it's an all-new design with cylinder deactivation and an engine idle-stop system to improve fuel economy. Power and torque rise slightly to 308 hp and 275 lb-ft, representing 3 hp and 6 lb-ft gains. This engine also comes paired to an eight-speed automatic transmission, which offers the highest gear count in the segment.

Buyers who opt for the V6 also benefit from the addition of AutoTrac automatic four-wheel drive system (previously, owners could manually select either 2WD or 4WD Hi or 4WD Lo), while trucks fitted with the Trailering Package now include an integrated trailer brake controller. The latter was previously limited to trucks fitted with the Duramax diesel engine. With the new V6 engine, the Colorado is rated to tow up to 7,000 lbs (3,175 kg).

The Colorado competes with its stable-mate, the GMC Canyon, the aging Nissan Frontier, and the just-updated Toyota Tacoma. The Colorado also faces new competition from the pricey but refined 2017 Honda Ridgeline.

The 2017 Chevrolet Colorado has 21 trims. Below you will be able to review all the trims with the option to compare.