What New Models are Coming in September 2019?

September is looking like a busy month, and not just because students are set to return to the classroom. A number of car manufacturers are timing the arrival of new models to coincide with the end of summer vacation.

Most of them are crossovers and SUVs, the current darlings of family-vehicle shoppers. The Ford Motor Company has three new offerings: All-new versions of its Escape and Explorer models, and Lincoln’s all-new three-row crossover, the Explorer-based Aviator.

Hybrid versions of Volvo’s XC60 crossover and V60 wagon become the most potent variants of their respective model lines.

And finally, the latest Hyundai Accent subcompact arrives in September with a new powertrain that promises smoother performance and better fuel economy. It’s been a long time since Ford offered any Escape with a gas–electric hybrid powertrain, so the all-new 2020 Ford Escape is significant for its two electrified options: the first-ever plug-in hybrid (PHEV) Escape and a standard self-charging hybrid version.

Those hybrid choices are in addition to turbocharged 1.5L and 2.0L gasoline four-cylinder engines (180 hp/177 lb-ft of torque and 250 hp/275 lb-ft respectively), the smaller of which has fuel-saving cylinder deactivation. Ford says the Escape Hybrid drivetrain generates a total of 198 hp. Gas-only Escape models use an eight-speed automatic transmission, while the hybrid gets a continuously variable transmission.

The Escape PHEV promises “at least” 48 km of all-electric driving on a full charge of its battery, which takes 3.5 hours when plugged into a Level 2 charger.

Ford says the new Escape’s sliding rear seat boasts the most rear-seat legroom in the compact crossover class, and the structure uses high-strength steel to make the car 90 kg lighter than the outgoing model.

Standard technology includes selectable drive modes and the Co-Pilot 360 suite of driver assists. Depending on trim, the Escape can be had with a head-up driver display, Ford’s Sync infotainment system, and an 8.0-inch touchscreen. The all-new 2020 Ford Explorer is part of the company’s plan to go all-in on SUVs. With the upcoming elimination of most of its car lines, the Explorer is one of the utility models that will help carry the brand’s performance torch with a new ST trim.

All Explorer models use a 10-speed automatic transmission and come standard with 4WD.

For all that the new Explorer looks and (at least on paper) sounds more car-like, Ford says it can tow more than before and can be optioned with a new terrain-management system for more confident off-roading.

Options include a 10.1-inch infotainment screen mounted vertically; base models get an 8.0-inch screen in landscape orientation, and all Explorer trims use Ford’s Sync 3 infotainment setup. September brings the sixth generation of the Outback, a mid-size crossover that Subaru says “revolutionized” the sport-utility segment when the original arrived in the mid-1990s.

Underneath a redesigned – yet familiar – exterior is a new available 2.4L turbocharged four-cylinder engine that makes its way to the Outback from the larger Ascent SUV. Its 260 hp and 277 lb-ft of torque replace the previous generation’s 3.6L six-cylinder engine making 256 hp and 247 lb-ft.

Base models use a redesigned 2.5L four-cylinder engine whose 182 hp and 176 lb-ft are nominal increases compared to the 2019 model. The 2020 Subaru Legacy sedan may have a lot in common with the Outback discussed above, but it’s aimed at a much different buyer. This is Subie’s family sedan, a mid-size model that goes up against big names like the Honda Accord and Toyota Camry in a segment industry analysts say could soon disappear.

Subaru was less adventurous in redesigning the Legacy than Honda and Toyota were with their family cars. However, the result is arguably Subaru’s handsomest new vehicle in years.

Like the Outback, the Legacy comes standard with a 2.5L four-cylinder engine (182 hp/176 lb-ft) that can be optioned to the brand’s new 2.4L turbo four-cylinder with 260 hp/277 lb-ft. Both come matched with a continuously variable automatic transmission and AWD. Subaru says the turbo motor is good for an impressive 0–100 km/h sprint of just over six seconds.

The carmaker says its new Global Platform is stronger than the old Legacy’s underpinnings, improving crash safety and handling. As in the Outback, all Legacy trims come with the brand’s EyeSight suite, while a new driver distraction mitigation system is optional. The 2020 Lincoln Aviator is the brand’s replacement for the forgettable MKT in the three-row, mid-sized crossover segment. It’s aimed at buyers who want three rows of seating but for whom the full-size Navigator is too extravagant.

Not that the Aviator isn’t over the top in its own ways. In the run-up to its arrival, Lincoln revealed that it enlisted the help of the Detroit Symphony Orchestra to create six alert chimes tied to roughly 25 of the car’s electronic systems. Lincoln says this sound profile will make its way to the rest of the brand’s models following the Aviator’s launch.

When viewed in profile, it’s clear the Aviator shares a lot with the Ford Explorer. However, Lincoln has gone to some lengths to set its offering apart. For example, the Aviator’s standard 400-hp turbo V6 starts where the Explorer ST leaves off. An Aviator Hybrid pairs the same engine with an electric motor for 450 hp and 600 lb-ft of torque, a nearly 200 lb-ft bonus compared to the most potent Explorer.

A height-adjustable suspension lets the Aviator “greet” its occupants with a lowered ride to ease entry and exit. Among the options is an adaptive suspension that uses input from a forward-facing camera to continuously adjust ride quality based on the condition of the road ahead.

Lincoln also lets an Aviator owner turn their smartphone into a key to activate the passive keyless-entry system and the engine’s push-button starter. Like the brand’s existing PHEVs (the mid-size XC90 utility and S60 compact sedan), the newcomers will wear Volvo’s T8 trim designation, which denotes the presence of a gas-electric powertrain. Volvo is keen to prove it can use electricity to make its vehicles faster, so the 2020 Volvo XC60 and V60 T8 boast 400 hp and 494 lb-ft of torque – impressive figures from a powertrain built around a 2.0L four-cylinder engine, albeit one both turbo- and supercharged.

Polestar is Volvo’s recently established performance division, which will eventually stand apart from Volvo with a range of speedy electrified vehicles. The Polestar Engineered label indicates their involvement in tweaking the XC60 and V60 for sportier handling. Volvo says both cars use special suspension dampers from Sweden’s Ohlins that are designed for quicker responses to pavement imperfections. A front strut tower bar adds structural strength, there are strong six-piston brakes, and Polestar has tweaked the AWD system to direct more power to the rear wheels. Hyundai redesigned its Accent subcompact in 2018, but it gets an update for 2020 with a new engine and transmission combo that promise a 10 percent reduction in fuel consumption. That’s a big deal in a car that was already pretty thrifty.

Doing the dirty work of cleaning up the 2020 Hyundai Accent’s performance is a new Smartstream 1.6L engine. It’s notable for eschewing the old Accent’s direct fuel-injection system, a technology automakers have leaned on recently to improve economy. Instead, Hyundai is moving back to ostensibly lower-tech port-style injection, but with two injectors for each cylinder. It’s a design the company says makes it easier to meter fuel delivery based on driving conditions.

The engine also has a new valve timing system to help the engine breathe more efficiently. A new continuously variable automatic transmission is less revolutionary, but its wider range of ratios is aimed at improving acceleration at low speeds and fuel economy at highway speeds. 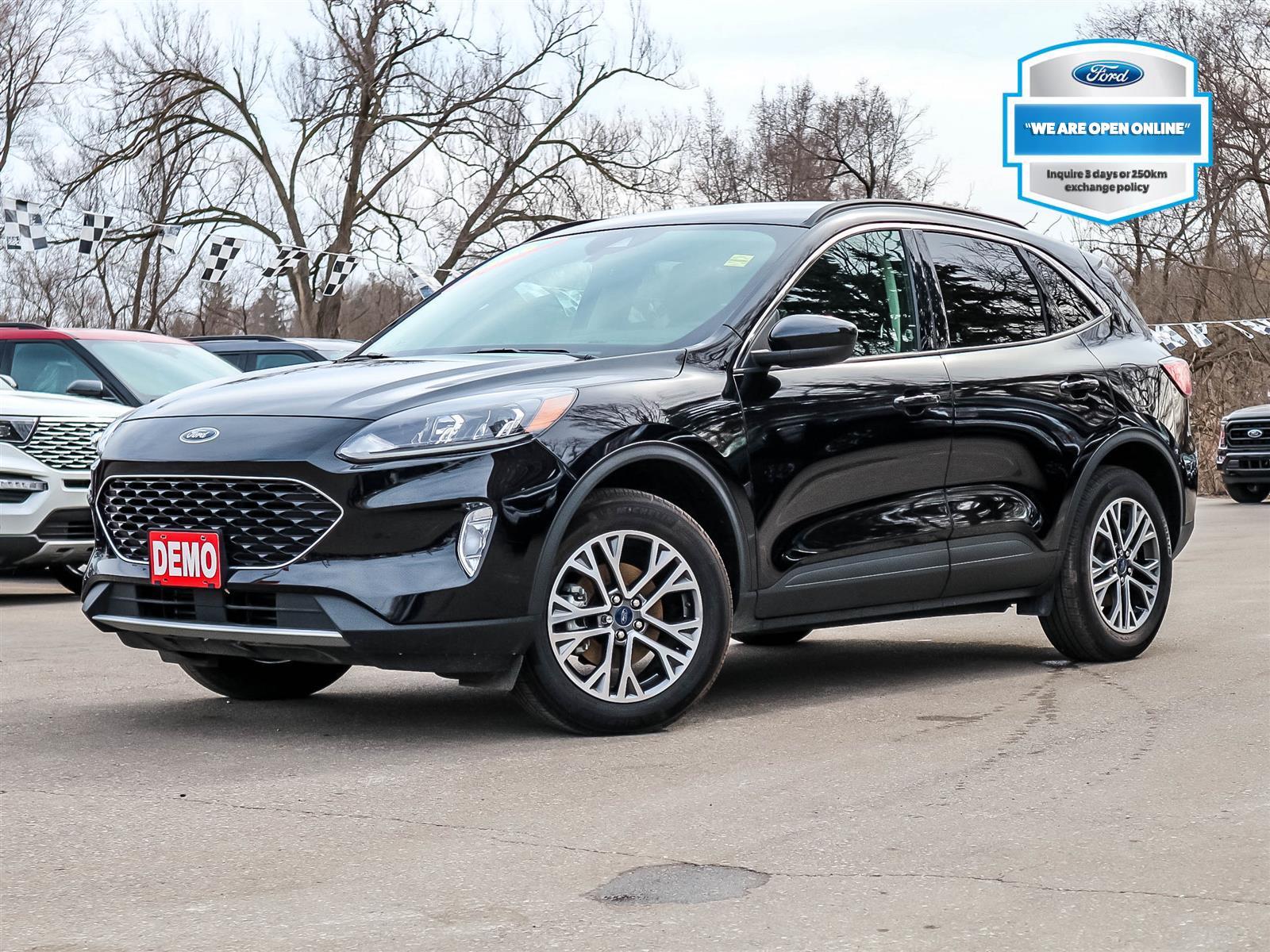