Honestly, I wondered why I had been assigned a 2019 Ford Explorer to review with its replacement, an all-new model, just a few months away.

The upcoming 2020 Explorer looks fantastic. Based on its Lincoln Aviator cousin, Ford’s new seven-passenger crossover is going to have more tech, more performance, and more style than the current Explorer. The reality is, this eight-year-old, fifth-generation Explorer has aged surprisingly well.

While not as fashionably sleek as its successor, the 2019 Explorer’s style does an impressive job of making it look more compact than it really is. Second in size only to the gargantuan Expedition, the Explorer – particularly in my tester’s Platinum trim – bears plenty of familiar resemblance to the bigger crossover. It’s not until standing beside the big Ford that one realizes the sheer scale of this ’ute. Those 20-inch wheels don’t even look large in photos!

Inside, it’s even more surprising. The seats – all three rows of them – are covered in what Ford calls “Medium Soft Ceramic Nirvana Leather”. I call it, beautifully soft hides in a hue that would be very tough to keep clean if there are kids on board. But the stitching is lovely and the wood accent on the (heated) steering wheel is a decadent touch.

Where some vehicles look out-of-date within a couple of years, the Explorer’s dash layout and trim have held up impressively well.

Although the screen is neither as large nor as vibrant as those found in more contemporary machines, it does offer both Apple CarPlay and Android Auto functionality.

Beyond Sync, there are plenty of buttons for the climate control, plus a few toggles and a large volume knob for the most common operations of the Sony system. In an age of finicky haptic glass touch panels in many cars, actual buttons – albeit small ones – are welcome.

The steering-wheel controls deserve special mention as well, with a five-button control on each the left and right spokes that cycle through loads of information displayed on the graphic panel nestled between the tachometer and speedometer.

Being the pinnacle of the Explorer lineup, this Platinum trim is very well equipped. A dual-panel sunroof floods light into the bright interior. Rear-seat passengers are provided entertainment through a pair of screens mounted in the front seats’ headrests, and offered their own climate controls and various plug points.

The Explorer Platinum also has automated parking functions, adaptive cruise control, and even washer jets to clean the front and rear cameras.

Third-row seats are folded and reset electrically, and of course the rear liftgate is power-actuated.

While the pair of third-row seats are best left for children or occasional adult usage, occupants of the second-row seats – a pair of optional captain’s chairs – are heated, reclining, and quite spacious and comfortable. They’re also provided their own climate controls.

Front-seat occupants enjoy the same luxurious, creamy leather as those in the rear seats, but up front, they also enjoy cooled seats, and a massage function that can help keep circulation flowing, or provide some relaxation after a long day at work.

The Explorer is fitted with all the typical passive safety features found on most vehicles these days. There are plenty of airbags including a driver’s knee airbag and rear seatbelts that have airbags built-in to help reduce the stress load on small bodies that seatbelts can have in a collision.

The Explorer Platinum also has what Ford calls its Safe and Smart Package including lane-keeping assist, forward collision warnings and automated braking, plus rain-sensing wipers and automatic high-beam control. There’s even an advanced automated parking assistant system that can position the car for a driver in either parallel or perpendicular parking spots.

Optioned as it is with the second-row captain’s chairs, my tester forgoes the added practicality of the second-row bench seat and three-abreast capacity. However, anyone who’s had to keep a pair of quarrelling siblings apart on a long road trip will relish the separated thrones. Besides, they still fold flat anyway and enable long loads.

The third-row seats acrobatically (and automatically) fold flat into the floor. When they’re up, the space is limited, though the recess in which the seats would fold does provide additional cargo room providing nearly 600 L of space. With all the seats folded, there’s 2,300 L of space available. That’s plenty, and very competitive, though the Honda Pilot and Volkswagen Atlas do surpass that amount significantly.

The Platinum trim also includes the trailer tow package as standard, with a Class 3 hitch and oil cooler enabling up to 2,267 kg (5,000 lb) hauling capacity – a figure that’s fairly standard for the class.

Power is what sets the Explorer Platinum (and Sport trim) apart from the others. Thanks to the 3.5L V6 engine being supplemented by a pair of turbochargers, the output is quite impressive. Its 365 horsepower and 350 lb-ft of torque best everything else in the class by a fair margin, save for the V8-powered Dodge Durango.

While peak power is achieved at a reasonable 5,500 rpm, the torque doesn’t top out until 3,500 rpm. That’s not bad, but it’s a bit high for a turbocharged engine, and, when combined with the curb weight of over 2,200 kg, the Explorer doesn’t feel as spritely as the numbers suggest.

Still, buyers should be more than satisfied with the amount of oomph the EcoBoost V6 provides in the large crossover.

All the mass that softens the straight-line acceleration is also felt in the cornering of the big Explorer. While stylistically the Ford appears smaller than it is, it drives much larger. There is a fair amount of body roll in cornering and nose-dive during braking, though Hankook tires gripped decently and provided little rolling noise.

In fact, the Explorer produces minimal engine noise and suppresses wind noise from the cabin too, making it a luxuriously quiet place to enjoy the powerful sound system – or conversations amongst passengers, if one is so inclined.

The Explorer cruises well at highway speeds and its long wheelbase helps to maintain a smooth ride, but serious potholes send a nasty THWACK! through the large, 20-inch wheels.

Despite its turbocharged engine, the Explorer only requires regular unleaded, which is a good thing as fuel costs continue to escalate and that EcoBoost V6 puts far more emphasis on the “boost” part than the “eco”.

At a starting price of over $60,000, the Explorer Platinum presses firmly into the luxury realm. When compared to the top-trim of any of the direct competitors, this is an expensive crossover, with several very premium offerings ringing in nearly $10,000 less than the Platinum.

Still, the Explorer’s interior finishes and powerful engine make it almost seem worth it. With the 2020 Explorer’s arrival on the horizon, it’s safe to assume Ford will begin offering substantial discounts on the ’19s to help clear the remaining inventory from dealerships.

Typically, as a model is about to be replaced by its next generation, it feels hopelessly dated and ready for pasture, especially in this age when technology changes, seemingly, overnight. An eight-year-old generation should seem even more archaic. And yet the Ford Explorer Platinum still holds up extremely well against its competitors – even much newer ones – in terms of performance, features, and luxury. It’s a costly machine, and comparatively inefficient, but consumers looking for a high-value purchase in the three-row crossover segment would do well to keep an eye out for heavily discounted 2019 models. 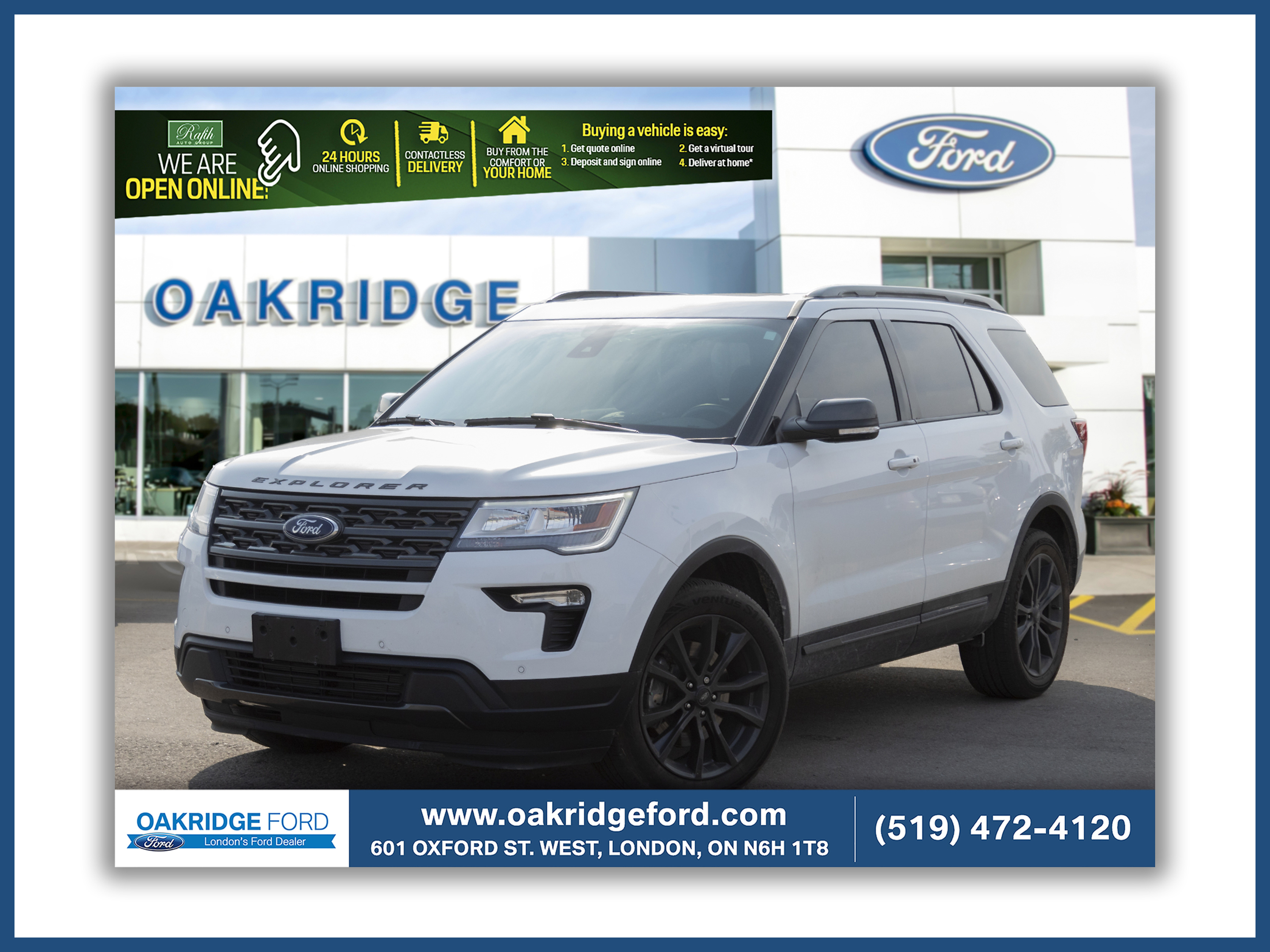 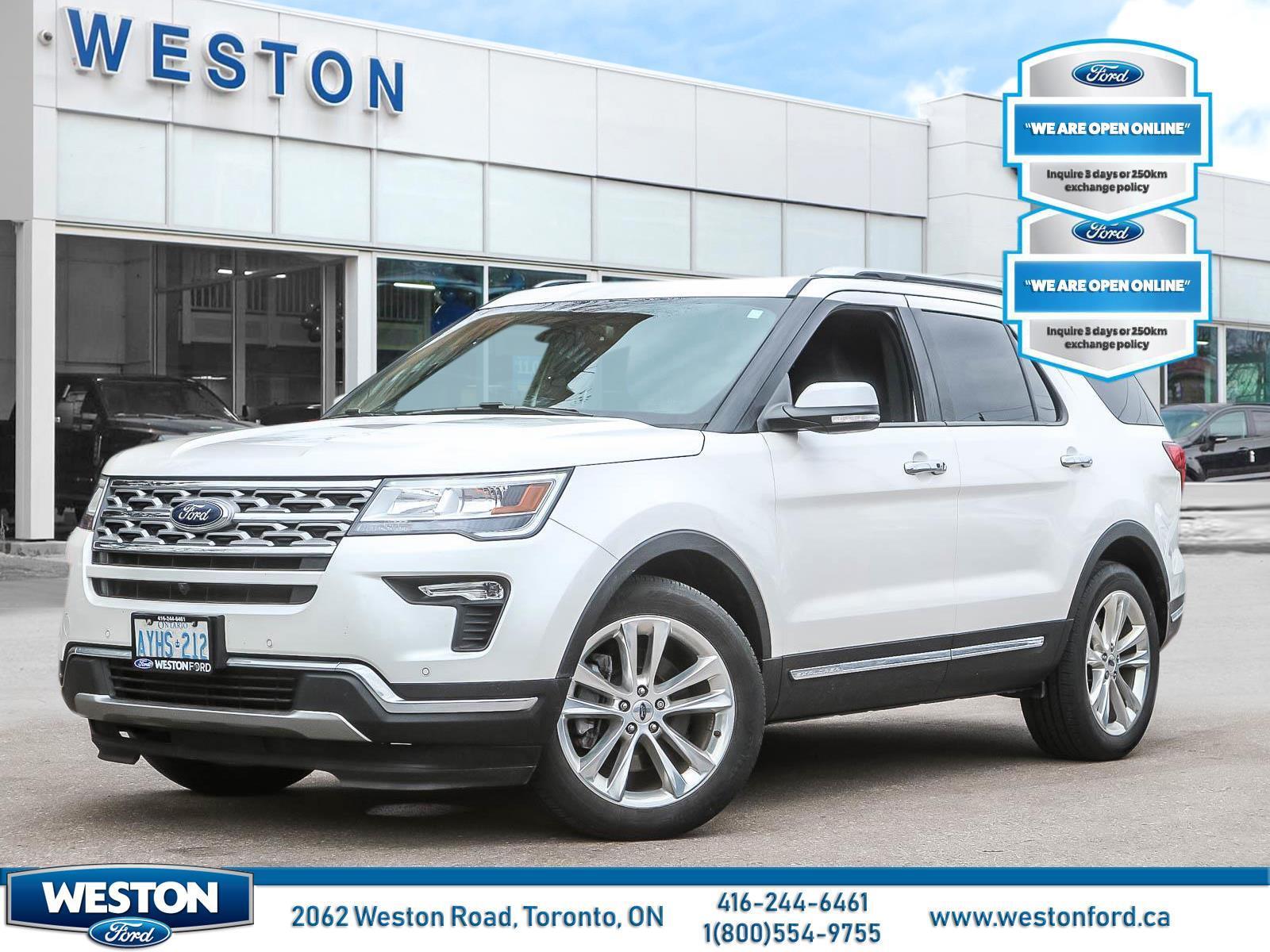