The Lexus RX is to the luxury crossover segment what Kleenex is to facial tissue, Xerox to photocopiers, or Google to search engines.

Okay, its name isn’t quite as synonymous with its segment as those, but the RX has for years been the default choice. Not every luxury crossover is an RX reincarnate, but the RX is the target – and so it has been ever since it launched in 1998. It wasn’t the first of its kind, and it certainly won’t be the last, but a look at Canadian sales charts shows it’s been at the top for a number of years.

For 2020, it’s received a few tech updates – ones that are critical but Lexus has dragged its feet on until now. Whether they’re enough to keep the RX on top, however, is another story.

That gaping spindle grille isn’t as controversial as it was when Lexus first added it to its vehicles a decade ago, and quite frankly, the larger it gets the more I like it. No, it’s not quite as stylish with a licence plate strapped to the centre, but those lucky enough to live in provinces that don’t require forward-facing number plates can revel in the beauty. There’s also some cohesiveness with the same spindle shape replicated elsewhere on the exterior.

The look of a floating roof thanks to blacked-out C-pillars isn’t the futuristic styling cue it once was, but the way it’s executed on the RX to follow the shoulder line is quite pleasing to the eye. Made up of equal parts sharp lines and gentle curves, the RX will never be confused with one of its competitors.

Inside is standard Lexus styling, with a chunky steering wheel framing an elegant instrument cluster, and the signature Lexus clock to the right with the infotainment screen and plenty of buttons above and below. The centre console’s long strips of wood are a pleasant change to the now ubiquitous – and oh, so easily scratched – piano black trim.

Lexus throws the kitchen sink of active safety kit at the RX, even in base trim. Blind-spot monitoring with rear cross-traffic alert, automatic emergency braking with bike and pedestrian detection, automatic high-beams, adaptive cruise control, and lane-keep assist are all part of the package. No, it won’t drive itself [no vehicle on the market can, despite a certain brand’s claims to the contrary. – Ed.], but the RX will provide a helping hand in case things go awry. There are, however, more advanced systems in the segment than what Lexus offers, leaving the brand behind in that regard.

If you want the surround-view camera system you’ll need to head into the options list, and the standard rear-view camera is disappointingly low-resolution and limited in its functionality compared with what’s available elsewhere. Outward views are good, with the long C-pillars looking shorter from inside than out and not creating the massive blind-spot you might expect.

Thanks to a sliding rear seat that allows you to trade cargo room for legroom, the RX offers an impressive amount of practicality – up to 694 L behind the second row of seats, and 1,580 L with it folded. If you need even more room there’s the three-row RX L, too.

The load floor is high in the RX, limiting its utility when maximum space is required. The trade-off is that it’s easier to load everyday items like groceries without having to bend down, though heavier items will need a bit more muscle to heave inside. If you need more space with any frequency there’s always the larger GX or LX. Or a delivery service.

For smaller items, Lexus offers door pockets that span almost the entire door. There’s a wireless charging pad at the front of the centre console and another small compartment to hold smaller items adjacent to it.

All but the base RX get a 12.3-inch infotainment screen with built-in navigation, while the cheapest trim gets a smaller eight-inch screen and no embedded nav. However, all models get both Apple CarPlay and Android Auto, making the smaller screen and lack of navigation much less of an issue. The big screen lets you pull two of the embedded Lexus displays up at the same time; say, radio in the smaller window and nav in the bigger of the pair. Or run two maps if that’s what you want (or you can’t figure out how to close them). It lets you do a little bit of the same using the phone systems, though you can’t mix, say, climate control and Google Maps. Strangely, Waze was missing from the Android App list in my tester.

The larger screen doesn’t yield more map detail, with Lexus limiting the textures and animations for water, terrain, and the like in its navigation system; all you get are ribbons of road in a sea of blue or grey. With competitors offering shimmering water – and even satellite imagery – with the same ease of reading, this system looks at least a generation behind.

The RX 350 comes with a 3.5L V6 that makes 295 hp and 268 lb-ft of torque. This V6 isn’t about going fast, even if it does move the RX along briskly. Instead, it’s about doing its best to make sure that you never really notice it working. It does the job well, staying mostly silent until the point where you ask for all of those horses to show up – then things get rowdy. Okay, that’s a stretch, but you do get some extra engine and exhaust noise.

An eight-speed automatic is the only transmission available, and while Lexus includes a sport mode, all it does is help you burn more fuel by keeping the revs higher than they need to be. It doesn’t help the shifts themselves, and the transmission could use it. The RX is about disappearing into the background of your day, but the gearbox often seemed out of sorts during my test. It was often slow to change gears and downright jerky when accelerating from low speeds or making quick stops.

All-wheel drive is standard in the RX 350, with a cool graphic in the 4.2-inch digital display in the gauge cluster to let you see exactly how your torque is being distributed if you care.

The Lexus RX offers fuel economy that’s about average for the class, with a Natural Resources Canada (NRCan) estimate of 12.2 L/100 km in the city and 9.0 on the highway. In my driving, almost entirely rural, traffic-free highway, the trip computer showed a combined 10.5 L/100 km, a number that’s a bit disappointing compared with other V6-powered midsize crossovers I’ve driven on similar routes. The RX does use regular-grade gas instead of the higher octane required by some other Lexus models, though the ultra-efficient hybrid model is lurking in the showroom.

Other than the transmission, there’s just one part of the RX 350 that breaks up the cohesiveness of the model’s ability to blend into the background and whisk you away without frustration: the Lexus infotainment system and remote touch panel.

I’ve spent dozens of hours using this system in multiple vehicles, and I still find it difficult to use. Turning off the air conditioning required a browse of the owner’s manual and some random button-pressing, because who would guess that to turn off the A/C you can’t simply touch the A/C button but instead need to tap the double-chevron button below the touchpad?

Similarly, trying to set up the different screens and toggling full screen or split-screen is likely something you won’t be able to accomplish while driving. Stop, dig out the manual, or let your passenger have a go.

Using the touchpad inside Apple CarPlay and Android Auto is easier if only because there are fewer icons, and that helps make it bearable (as does the fact that you can use the screen for touch commands – assuming you can reach it – or tell it what to do by voice).

The RX offers adjustable thigh bolsters and plenty of ways to adjust the driver’s seat to get comfortable, and it should keep most drivers fresh. Space, though, is at a bit more of a premium. The low-slung start button is in a great spot to catch the knee of drivers with either longer than normal or shorter than normal legs. In typical Toyota and Lexus fashion, the height between bottom of wheel and seat cushion is also small, even with the wheel all the way up, again an issue for large and small.

Get in the rear seat and space is the last thing on your mind. It’s cavernous back here, one of the largest back seats anywhere short of a long-wheelbase executive express sedan, which is good not just for your carpool passengers or your lanky teenagers, but also for anyone putting child seats in the back where seatback kicks are not going to be an issue.

Comfort and feel are intertwined in this crossover, because no matter how tempting that sport setting looks, this isn’t a sporty ride. Nor should it be, though Lexus made the whole thing stiffer this year by changing the springs and dampers and adding eight times more structural adhesive and new laser screw spot welds. I won’t say the ol’ butt dyno could notice the difference all the time, but this RX was solid as a rock with barely a thunk or thud over the worst the lunar-surfaced local roads had to offer. The new damping offers excellent body control in a class where competitors bob and weave like professional fighters on big dips in the road.

For just shy of $64,000, the RX 350 Luxury offers you a ton of stuff at a price that’s competitive, though (and bear with me for a moment) it’s hard to call this one a good value. The $7,900 premium over the base model doesn’t give you all that much stuff, and the Luxury trim is missing one of the best options Lexus offers: Mark Levinson audio. So spending more for the Executive – or the F Sport 3 with adaptive suspension – and getting the stereo, a bigger roof opening, and some other choice bits is worthwhile. Otherwise, get the base trim, or make it the hybrid if you want the most Lexus for your buck. Basically, go big or go base, but maybe ignore the middle.

For most drivers, the RX should keep its place as the standard choice for a luxury crossover; the “easy button”, if you will. That’s because the designers and engineers at Lexus have managed to keep doing what the brand does best: build a vehicle that’s quiet, comfortable, smooth, and – even with a grille bigger than a Geo Metro – manages to blend into the background of your life. In short, it makes life a little bit better every day without a thought needed. Well, as long as you don’t try and mess with the infotainment while you’re driving. At the risk of sounding like a broken record, though, get the hybrid and get it with the good stereo. That’s Lexus doing what it does best. 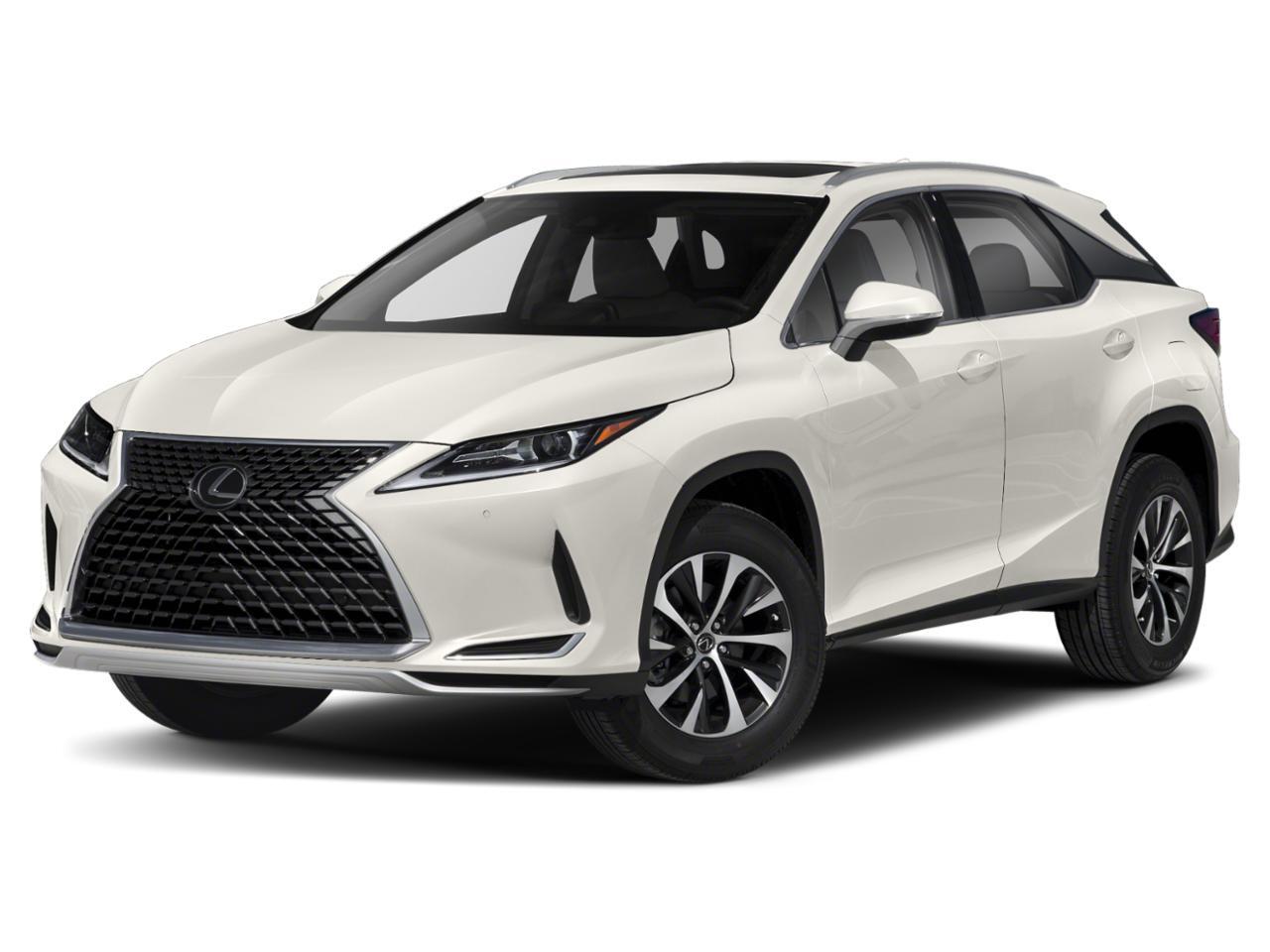