Canadians continue to flock to SUVs, and the argument goes that it’s because very few cars offer all-wheel drive. If that’s true, and if there are still people out there who appreciate the sedan body style, then there ought to be some demand for the 2020 Nissan Altima. Offered with standard all-wheel drive in Canada, it’s one of the relatively few non-SUV choices for those who want their power delivered to both axles. This Platinum model isn’t as well equipped as some top-trim competitors, though, so it fares better as a lower-cost gateway into an all-wheel-drive sedan.

Beauty, as they say, is in the eye of the beholder, and I don’t enjoy commenting on style because my opinion of a subjective point might unfairly skew an overall score. I’m forced to confess, however, that I don’t love the current Altima’s styling. To my eye, the V-motion grille goes a little too deep, and the dual-tone window surrounds on the side profile, deep stamping on the doors, and the sedan interpretation of the floating roof don’t work for me. The interior is inoffensive; I could do without the fake wood inserts, and there are several mid-size sedan cabins out there I find more visually interesting.

While the base car doesn’t have as many standard safety features as some Nissan products, the Platinum AWD has a long list of included safety features: Nissan’s ProPilot Assist function, active cruise control, forward collision warning with pedestrian emergency braking, rear seat alert, lane-departure warning and prevention, rear cross-traffic alert and automatic braking, blind-spot warning, and automatic high-beams are among the highlights. The Altima is an Insurance Institute for Highway Safety (IIHS) Top Safety Pick, held back mainly by the headlights, which were rated Acceptable (the halogen lights on the base S trim were rated Marginal).

At 436 litres, the Altima’s trunk is slightly above average relative to the other all-wheel-drive mid-size sedans on the market. The decklid hinges enter the cargo space and it doesn’t look as though the opening to the 60–40 folding rear seats is as optimized as it could be, though those factors are not unusual in this segment.

Feature and control functionality is usable as laid out. One thing that would be nice to see is more in-cabin storage. The bin in the centre console is fairly small, as are the rear-seat door pockets.

The infotainment system’s 8-inch touchscreen is a good size and is nicely set up, and Android Auto and Apple CarPlay are standard equipment. Heated front seats are standard and a heated steering wheel is equipped at Platinum grade. But competitors are offering features like ventilated front seats, heated rear seats, and wireless phone chargers at this price point, none of which are available on the Altima.

Across the Altima lineup, a 2.5-litre naturally aspirated four-cylinder engine produces 182 hp and 178 lb-ft of torque at 3,600 rpm. When considered on its own, this power output works for a car of this size and moves through the continuously variable transmission fairly naturally, and it’s possible that it doesn’t really need a whole lot more. Some buyers will want more, though, and they can find it: the Toyota Camry has available V6 and hybrid powertrains, albeit neither with all-wheel drive, and the Subaru Legacy offers a 260 hp turbocharged four-cylinder in its top trims.

Nissan does a consistently good job on its seats, and these fall into the same category. They’re comfortable, supportive, and can be relied upon to stay that way for longer trips.

While the handling is roughly on par with the segment – and, yes, more pleasant than the average SUV – what comes as a surprise to me is how much I enjoy the steering feel. It’s more direct and satisfying than the average mainstream mid-size sedan, enough so that I’d consider it one of the Altima’s selling points.

The Altima Platinum with all-wheel drive is rated by Natural Resources Canada at 9.3 L/100 km in city driving, 6.7 on the highway, and 8.1 combined. This is slightly below the all-wheel-drive Camrys and slightly higher than the entry-level Subaru Legacy with equivalent power ratings. That said, over a week of testing the Altima in the winter conditions we buy all-wheel-drive cars for – and, to be fair, one that leaned more toward city driving than average – I finished with an above-target average of 9.9 L/100 km.

Yes, the Nissan Altima is a rarity among sedans in that it offers standard all-wheel drive. However, by the time buyers climb up to Platinum, with the number of features that competitors offer at this price point, it’s difficult to view it as a value leader. For the more budget-conscious, the $28,098 S trim (before fees) still has some of the key safety technologies included and is priced around $1,750 below the Camry LE AWD, which is where this car makes better sense. On the other hand, the Subaru Legacy Convenience’s $26,395 MSRP looks awfully compelling and includes many of the same features.

The biggest problem with the Nissan Altima Platinum AWD is that the Toyota Camry landed with all-wheel drive as an option for the 2020 model year and stole the Altima’s thunder. The new Subaru Legacy is a strong contender in this segment as well. Still, if the Altima is the car that makes you want to buy a car instead of an SUV, then far be it from me to stop you. Let’s keep them alive while we can. 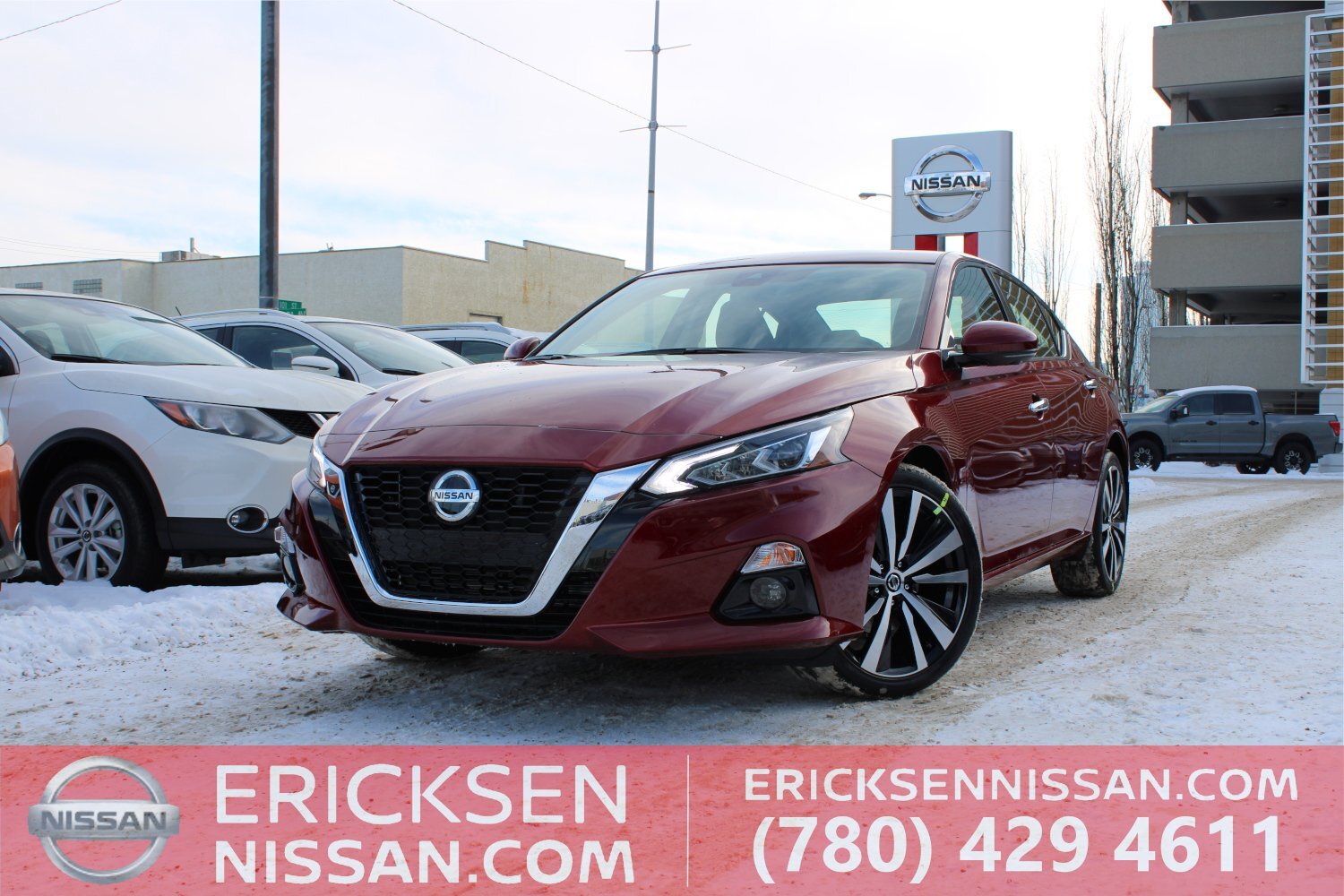