A recently redesigned 2020 Toyota Highlander has been unanimously praised by critics, but that universal endorsement doesn’t mean everything.

The three-row crossover segment is very competitive, with excellent options from almost every brand. It’s hard to say just how good the new Highlander is without comparing it to some of its rivals. Fortunately, we had a 2020 Honda Pilot on hand for reference, which is one of the segment’s more popular choices. It’s spacious and practical, and has a longstanding reputation for being reliable. It’s a perfect foil to put up against Toyota’s newest crossover.

Neither of these SUVs is particularly flashy or attractive, though such traits aren’t exactly commonplace in this segment. The Highlander looks a bit derivative, and those hoping for a continuation of the rugged appeal of the RAV4 but in a bigger package might be disappointed. The Highlander is smoother, a bit more refined, and definitely less rugged-looking. I don’t think it looks distinctive enough, and it can easily be confused with other crossovers like the Subaru Ascent. The Pilot, on the other hand, makes the Highlander look trim and proportionate. Honda’s design direction with its three-row crossover makes it look similar to an Odyssey, and minivans just don’t look cool.

When it comes to the interior, the Highlander truly impresses. It has a modern layout and high trim models feature luxurious leather upholstery that’s available in gorgeous shades. The switchgear and accents also feel high quality, with excellent fit and finish. The Honda is much more utilitarian, but it, too, features nice leather upholstery, even if it’s only offered in black. The layout and buttons are less stylish and pleasing to the eye, but it all gets the job done.

When it comes to big family vehicles like these two, many buyers carefully consider the available and standard safety features. The Pilot and Highlander come with many of their driver’s assistance features as standard equipment. Toyota calls its suite of safety technology Toyota Safety Sense 2.0, and it includes lane-keep assist, adaptive cruise control, blind-spot monitoring, automatic high-beams, and forward-collision warning that can detect pedestrians and bicycles. The only optional safety feature found in the Highlander is the camera display in the rear-view mirror, which can help improve the rearward visibility when passengers or cargo are blocking your view out of the window. This is found in models with the Platinum Package.

Both vehicles have been tested by the Insurance Institute for Highway Safety (IIHS) and earned Top Safety Pick ratings.

In terms of passenger space, the Highlander has more headroom in the front and third rows of seats. It also has more legroom in the front and second rows, but the Pilot has much more third-row legroom. This means buyers looking for more cargo room will find what they’re after in the Honda, while those looking for a better experience for their passengers will likely prefer the Toyota. I’ll also admit that sliding into the third row of the Honda was less intuitive and required more flexibility.

Toyota has struggled in the past with the interface of its infotainment system, but the Highlander features a new look and feel, which is much more modern, and it supports Android Auto and Apple CarPlay. The eight-inch (or 12-inch in Platinum models) screen is mounted nice and high on the dashboard but doesn’t interfere with outward visibility. While the system is good and customizable, there are a few areas where the Highlander’s infotainment system feels limited, like when trying to organize the space, as it forces a menu or map to display on many screens.

The new look of Toyota’s screen makes the Honda Pilot’s look dated. The infotainment screen in the Honda is only seven inches, and while it also features Android Auto and Apple CarPlay, it feels like it’s due for an update. The same can be said about the screens in the gauge cluster and the HVAC settings.

The Highlander impresses with its list of features, including items like a head-up display, wireless phone charger, ventilated seats up front, heated seats in the front and rear, and a third zone of climate control. Fully loaded models also include a JBL-branded sound system with 11 speakers.

The Pilot is also equipped with tri-zone climate settings, ventilated seats up front, heated seats for the first and second rows, and a wireless phone charger, but it misses the other flashy tech like the head-up display and upgraded sound system. Fortunately, the tester seen here features a rear-seat entertainment system.

The Highlander uses a 3.5L V6 engine that makes 295 hp and 263 lb-ft of torque. This is paired to an eight-speed automatic, and every model except the base LE trim features all-wheel drive. It’s a pretty solid powertrain, with a solid response and smooth shifts, the latter of which have been inconsistent in other recent Toyotas. The best choice when it comes to the Highlander is the hybrid, which uses a 2.5L four-cylinder and a pair of electric motors for better fuel efficiency. While it is rated for less power at 243 hp, it still feels responsive and comes with huge benefits at the pump.

The Honda Pilot packs a 3.5L V6 as well, which is rated for 280 hp and 262 lb-ft of torque. While LX, EX, and EX-L models use a six-speed automatic transmission, the Touring grade and higher feature a nine-speed automatic. All models come with all-wheel drive. While the Pilot is marginally lighter than the Highlander, it never feels as urgent or responsive as the Toyota, and the nine-speed automatic can be a bit coarse with its shifts.

Since the Toyota Highlander now rides on the Toyota New Global Architecture (TNGA) platform like the RAV4 and C-HR, it handles extremely well, with quick response to steering inputs. It feels stable on the road, with well-controlled body roll, although in comparison with the Pilot, it rides a bit on the firm side. The Pilot has a bounce and roll which helps it ride a bit more comfortably on rougher roads, but there is more noise in the cabin than in the Highlander which limits it from delivering a serene environment.

Despite the Highlander being a bit heavier, it feels a bit more agile and engaging on the road. Although three-row crossovers aren’t usually bought for their driving feel or being fun to drive, the Highlander’s road manners leave you feeling more confident. Driving the two back-to-back, the Pilot feels a bit cumbersome and larger. Quick lane changes feel far more natural in the Toyota than the Honda, and the Pilot ends up feeling far more like an appliance.

The Pilot is less fuel-efficient than the gas Highlander, at 12.4 L/100 km in the city, 9.3 on the highway, and 11.0 L/100 km combined. This is slightly odd, considering the Toyota is heavier, has more power, and one less gear than the Honda, so it may come down to the Highlander V6 being capable of running on the more efficient Atkinson cycle, and featuring both port and direct injection.

All prices include freight and AC tax, and line up pretty well. Considering the Highlander has more features and power while being more efficient, it’s the value winner, but the practicality and size of the Pilot for the price also makes a compelling case.

Those looking for space over everything else will find what they’re after in the Pilot, but the Highlander shows its strengths as a thoroughly modern vehicle with plenty of high-tech amenities and fun driving manners. For those reasons, it’s easily the better choice. 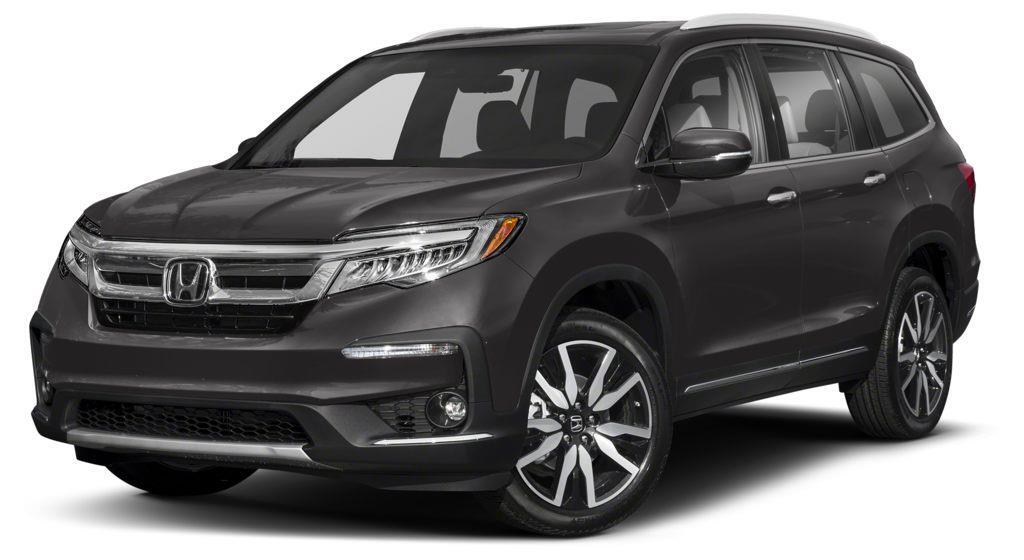