With the 2020 MDX, Acura’s good-but-not-great formula will have luxury buyers scratching their heads as they examine its steep price tag and match it up against the vehicle’s underwhelming features list. The MDX fails to move the needle in a segment where high-end haulers are increasingly quick, plush, and laden with tech.

From the outside, the Acura MDX certainly cuts an attractive profile – particularly at night, where its lighting adds further individuality to its mid-size lines. It’s not a visual stand-out but it’s not anonymous either, which is more than one can say for many of the SUVs plying the streets at a similar price point to the Acura.

Inside, it’s a different story. Despite slivers of wood trim on the dashboard and doors, the rest of the MDX’s cabin is replete with dark plastics and equally drab leather. It’s an unremarkable atmosphere that stands as one of the biggest strikes against the vehicle, which is aimed at premium buyers. One only has to spend some time inside recent three-row efforts from Hyundai (the Palisade) or Kia (the Telluride) to see just how dated and pedestrian the Acura’s interior feels compared to those mainstream competitors.

The blind-spot monitoring and lane-departure warning systems in the MDX Tech Plus worked flawlessly, but I encountered significant issues with the vehicle’s adaptive cruise control. Intended to follow along behind traffic ahead at a safe, pre-set distance, I experienced several instances where, upon having another car change lanes in front of me, the system continued to surge forward to the point where I had to hit the brakes manually to prevent a collision. All around, the system was clunky, with jerky acceleration and hard braking that is well outside the norm for this type of feature.

The MDX Tech Plus features a second-row bench, which combines with its standard third-row bench to give it seven-passenger seating (a six-passenger version also available). There’s decent room for riders one through five, but things get noticeably tighter at the rear of the vehicle – particularly if you’re trying to scramble back there as an adult. Think of them as kid’s quarters and you’ll do okay. Cargo space is quite good compared to other midsize sport utility vehicles, and there’s a respectable amount of towing capacity locked up in the Acura, too, with up to 5,000 lb on tap.

There’s no way around it: The dual-screen infotainment system offered by the Acura MDX can occasionally confuse and frustrate even those who are accustomed to its combination touchscreen/rotary dial interface. Menu options aren’t always clear, especially for the navigation feature (found on the upper screen), and I also had constant difficulties getting the stereo system to reconnect with my phone over Bluetooth. Typically, I had to change the audio source to something else, and then return to Bluetooth upon re-entering the vehicle, which is far from a friction-free experience. Rivals do it better, and simpler.

The inclusion of equipment like LED headlights, a power liftgate, heated seats, and a heated steering wheel is nice; but all that and more should be expected on a luxury SUV like this one. There isn’t much about the Acura’s feature set that really makes it stand out, with even its leather upholstery feeling adequate but nothing more. It’s a satisfactory, if uninspired, effort in a luxury vehicle that struggles to offer something to pin a “must buy” recommendation on.

The 3.5L V6 that’s standard with the Acura MDX Tech Plus is a willing performer. With 290 hp and 267 lb-ft of torque on tap, I never encountered a situation where I found myself wishing for quicker acceleration or better throttle response. The motor comes across as especially plucky in Sport mode, where sharper throttle and transmission settings remind you that somewhere in Ohio, an Acura technician is busy crafting the NSX supercar.

Still, if you want to keep up with the likes of BMW, Mercedes-Benz or Audi, you’re going to have to spring for the Sport Hybrid model, which offers a sizeable upgrade under the hood. The vast majority of buyers won’t care that the gas-only MDX is outshined in a straight line by its German rivals – those who do, be warned.

Features-wise, the MDX doesn’t come across as plush, but on the road its manners are beyond reproach. Even on pothole-laden Montreal streets, which are maintained to the same standard as a camel track in the heart of the Khyber Pass, I rarely encountered any of the booming, body shake, or jarring suspension jolts that can result from potholes and other assorted asphalt insults. The Acura’s well-insulated ride is a credit to its well-tuned chassis, which hits the sweet spot of what most people are looking for in a family SUV.

Above all other features, the MDX’s best is its all-wheel drive system. Imaginatively marketed as “Super-Handling All-Wheel Drive,” I was less impressed by its ability to improve cornering capability and more wowed by the ruthlessness with which it dispatched the blizzard that dumped calf-high snow during the week I drove the vehicle. Even when tucked deep into a roadside snowbank that had been fully plowed in, the MDX pulled back into the lane with absolutely zero drama or wheel-spin. Try as I might, I was unable to find a slippery situation that the SUV couldn’t handle with grace, dignity, and – above all – safety.

It’s also worth noting that the nine-speed automatic transmission outfitted to the MDX felt smoother here than in other applications throughout the Acura and mothership Honda’s line-up.

The 2020 Acura MDX Tech Plus is rated by Natural Resources Canada (NRCan) at 12.3 L/100 km city and 9.2 L/100 km highway, which is right in the middle of where the luxury SUV segment typically floats.

With a sticker price that approaches $60,000, it’s hard to get excited about the Acura MDX Tech Plus. Aside from its excellent all-wheel drive system, so much of what the vehicle has to offer can be found in less expensive models that are often better in terms of interior presentation while also matching its practicality. The Acura badge itself isn’t worth the extra cash when you’d most likely be equally happy in a Hyundai, Honda, or Kia.

In the premium segment, merely being competent simply isn’t good enough. Unless you’re a diehard Acura fan, the premium pricing for the MDX Tech Plus’s good-but-not-great overall package is hard to swallow. Ultimately, don’t expect to be wowed by what the MDX has to offer. 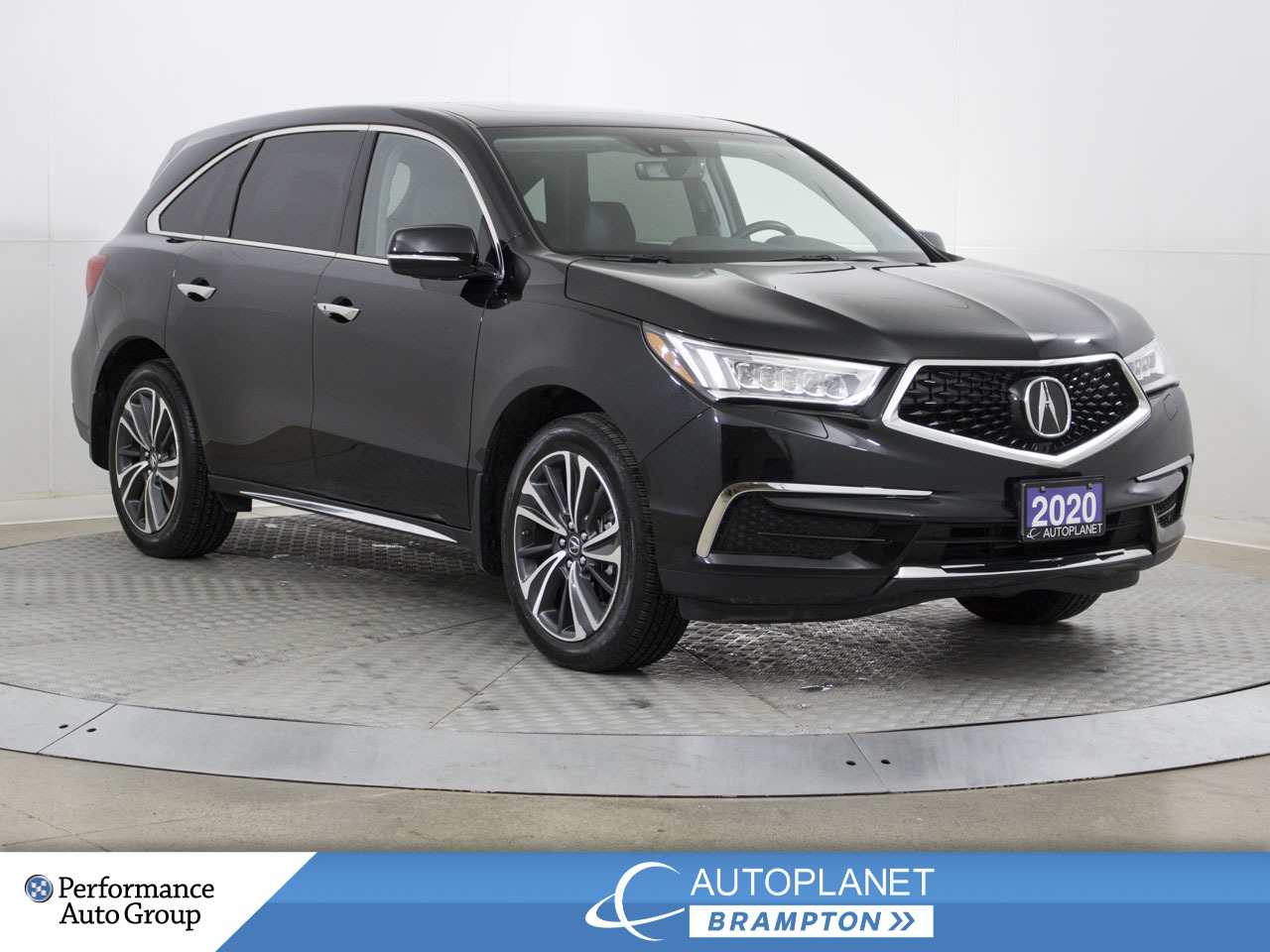