The Mazda engineers took their time finalizing their new diesel engine – an all-new unit designed specifically as an upscale passenger-vehicle engine, and not one downsized out of a commercial application. The result is a new option for shoppers looking at the top of the line: the diesel engine is only available on the 2019 CX-5’s range-topping Signature grade, and it’s a $5,000 option.

Mazda’s take on diesel power is destined to attract and impress fans of the technology, though my tester’s ride and sticker price may leave some shoppers ready to continue their search.

My CX-5 Signature tester made strong use of LED lighting elements for a distinctive after-dark flair, and prominent Mazda styling touches (including the unmistakable grille) are on full display.

With plenty of sculpting, razor-sharp edges, and a tastefully restrained use of chrome, most will find styling to turn in their money’s worth. Overall, CX-5 presents a polished and more cohesive look than the segment’s norm.

It’s similar story on-board. The bulk of the main controls and switchgear feel solid and look modern and up-to-date. The instruments are sharp and clear, and wouldn’t look out of place in a pricier machine. So, if you’re spending the big bucks, you likely won’t be let down by the cabin.

The central display isn’t the segment’s most vivid or enormous, though the slick instrument cluster screen and floating head-up display just above it make up for any deficit in screen real estate.

Elsewhere, the look isn’t unlike a modern Volvo or Cadillac: tidy, simple, and elegantly upscale. Plenty of stitching and ribbon-like metal trimmings are delightful finishing touches.

Modern safety must-haves are covered nicely. My loaded tester got a high-resolution back-up camera, radar cruise, lane-departure assist and alert systems, blind spot monitoring, autonomous braking capability, and plenty more. I noted no false alarms during my 1,400 km test drive, and most safety systems can be easily referenced via on-screen graphics if the driver chooses.

Also notable was my tester’s lighting system: output is solid and clean, and the steering function is a welcome touch that helps keep light aimed where it’s most useful on winding roads. The automatic high-beams worked properly as well, and I saw little need to take over with manual control.

By and large, the safety story on the CX-5 Signature is excellent: it’s earned top crash-test scores from the authorities, has virtually all of the latest gadgets, while keeping most of those out of your face, with precise and reliable operation.

Though it’s far from the largest vehicle your $46,000 will get you in a crossover, my tester should prove adequate for most shoppers travelling with a small family, or three other adult occupants.

Storage and charging provisions surrounding front-seat passengers were sufficient, and I noted no issue with entry or exit – other than a driver’s seat thigh bolster that’s thick and heavy. This greets the backside initially with less give and softness than some drivers may like as they lower and twist into their seat.

Your husky 5'10" writer could sit behind himself with head- and knee-room to spare – even slightly taller or leggier occupants should be just fine. From the driver’s seat, most will find CX-5 fits just right: small enough to give you a nimble and car-like drive, but big enough to keep you sitting higher up, and surrounded with a comfortable amount of room.

Note that the rear seat floor is not flat, which could be an issue with three passengers in back.

The CX-5 Diesel is about as user-friendly as it could be in most regards, but not all.

First, the good news: with so many set-it-and-forget-it features, you just get in, press Start, shift into gear, and drive off – with lights, wipers, climate control, brights, and seating position recalled and manipulated automatically. Elsewhere, most controls are logical and straightforward to use and locate.

Connected to my Android phone via USB, Android Auto appears on screen in a moment, with no stress. You just plug it in, no need to pre-pair the Bluetooth.

Gripes? The central screen is manipulated via a small dial and control pad on the centre console. This system is newly improved and feels more straightforward than its predecessors, though there’s no touchscreen functionality, which some drivers (myself included) prefer.

Further, the climate control temperature knob is located where most vehicles keep their volume button, so expect to crank the heat every time Kenny Loggins comes on, until you train your hand to reach for the actual volume knob on the centre console.

The CX-5’s feature content shouldn’t leave most shoppers wanting, especially with plenty of delightful and less-common touches like cooled leather seats and a head-up display. The power tailgate and keyless ignition help add convenience to daily errands, and the Bose audio system packs a pleasing punch for louder listening.

For the money, I did leave my tester wishing for a wireless smartphone charging pad, and a larger moonroof.

Mazda’s latest diesel engine underwent plenty of tweaking and fine-tuning in pursuit of the SkyActiv designation, and it shows.

At about -10 degrees Celsius, I experienced about 2 seconds of glow-plug delay in the morning, followed by a few moments of charming diesel clatter until the engine warmed up. Once that happens, various systems come online to deliver a remarkable experience. Various measures taken with engine and fuelling system design come into play, actively mitigating some of the harsher sounds and sensations that diesel engines may generate.

Dual sequential turbocharging sees a small turbocharger used for immediate throttle response, and a larger one for sustained pull at higher revs. Add in a special piston design that capitalizes on a low compression ratio for better air and fuel mixing, and the result is a big surprise: the conventional diesel power curve feels flattened out and quieted down.

Put another way, the engine is more responsive across more revs, quieter than many a gas-powered competitor, and remarkably smooth. The 2.2-litre engine’s nearly 300 lb-ft of torque give it very pleasing throttle response, especially in around-town driving.

The transmission adds further refinement to the drive: it’s a six-speed unit that shifts cleanly and smoothly, and less frequently on the highway than most. Thanks to all of that torque, gearing down for even moderate hills is usually not required.

All said, most drivers will find this engine to be a charming and responsive driving partner, especially the diesel enthusiasts.

The CX-5 seems well-calibrated towards a sporty driver. Before starting the engine, you’re greeted by a stiff and supportive thigh bolster, and a stitched steering wheel, complete with racy thumb grips.

Drivers after maximum ride comfort for their dollar have better choices, though fans of a more direct car-to-driver connection will like what’s going on. From the driver’s seat, expect smooth sailing on smooth highways, with a solid, sturdy feel that’s not too soft, and not too stiff.

But on rougher in-town roads, I noted more suspension noise and a stiffer, often busier ride than expected. The trade-off is, of course, the handling: though it’s not the comfiest option on rough roads, it boasts some of the segment’s most athletic moves when driven spiritedly.

Sometimes-too-rough ride aside, drivers can expect a substantial and high-quality feel from their CX-5 Signature, complete with extra care to the way it feels and responds in certain situations, thanks to Mazda’s extensive tweaking of driving dynamics.

Steering and brakes, for instance, are just a touch more responsive and precise than average, turning in more instant and eager reactions to your inputs, which imparts confidence and creates a positive connection with enthusiast drivers.

Washboard surfaces coaxed plenty of noise from the CX-5’s suspension, but not a creak from the interior. In this setting, it feels solidly built, even with the suspension being pummelled into discomfort.

The AWD system is notable, too. There’s no driver input required (ever), as the super-smart system considers things including your throttle, steering inputs, and even wiper position for its decision making. For instance, light and careful inputs and high-speed wiper activation call up settings ideal for use in a snowstorm, which sees the system favour sure-footedness and maximum extraction of traction from snowy roads beneath.

More dramatic inputs to the throttle and steering see the CX-5 become a little more playful, encouraging some drivers to steer via the throttle on winding, snow-covered roads. After extensive use in this setting (on winter tires), I found the AWD system to be expert at automatically reading the situation and giving me what I was after.

The CX-5’s diesel engine is a fuel-sipper, though so are its more conventional gasoline-powered engines: The AWD gasoline model with cylinder deactivation ties the diesel in highway mileage (the FWD gasoline models all best it). The diesel maintains a healthy advantage in city driving, however, and delivers the best combined rating of all CX-5 models at 8.4 L/100 km. The turbodiesel engine boasts the biggest savings over the turbocharged gasoline engine, while delivering nearly as much torque.

To compare, a similarly equipped RAV4 hybrid is a few grand cheaper than a CX-5 diesel, and is notably more efficient on the highway – 6.3 L/100 km to the CX-5 diesel’s 7.9 – though the CX-5 packs a more pleasing punch when the pedal drops.

Diesel shoppers who come for the torque and stay for the mileage can expect the highest return for their investment in a CX-5 Diesel. Others may choose to save $5,000, opting instead for the even-more-powerful turbocharged gas engine – despite the added thirst.

The CX-5 has virtually any driver covered in the powertrain department, though the high-cost diesel may limit appeal to the die-hard fans of the technology who are often loyal to it.

As they often do, Mazda has put their own spin on an existing technology to come up with something sure to find favour amongst its enthusiasts. Mazda dealers are sure to be serving up plenty of test drives to those long-time diesel enthusiasts, and they’re sure to be impressed. 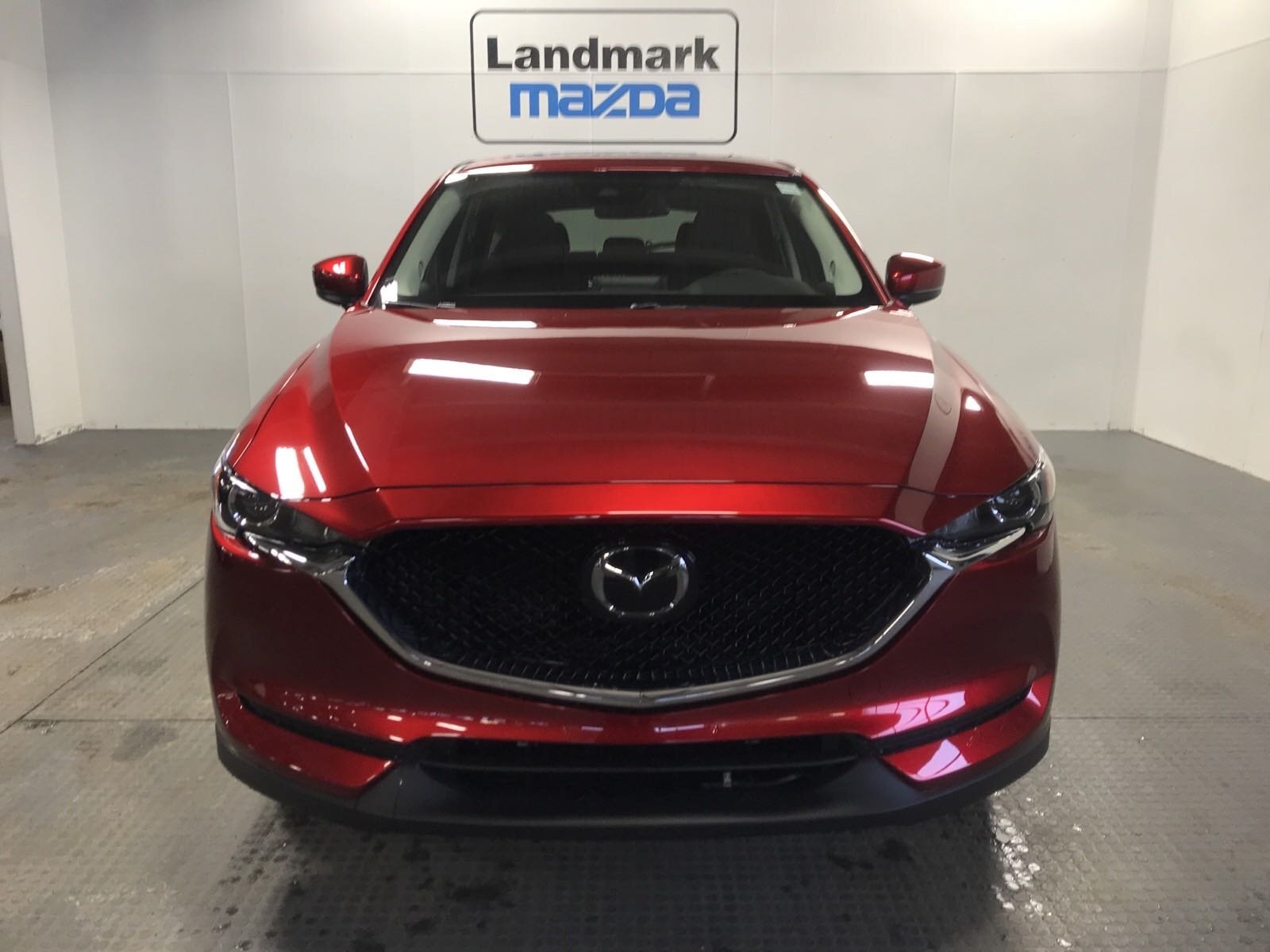