Saying the new 2020 Ford Escape is an important vehicle for the Blue Oval is something of an understatement. Particularly since they’ve stopped making passenger cars for the North American market to focus on trucks, crossovers, and SUVs. Not only is the Escape the second-highest-volume model in their portfolio (behind the F-150), it competes in a highly competitive segment that continues to grow, improve, and offer more choices for consumers than ever before.

The last generation was getting a bit long in the tooth, particularly when cross-shopped with competitors who unveiled revised models in rapid succession. Strangely, coinciding with the manufacturer’s decision to stop selling cars in North America (aside from the iconic Mustang), the styling of the all-new-for-2020 Escape is far more car-like than the previous generations.

Sharing a platform with the new Focus (which we won’t get) and the Lincoln Corsair (which we will), the Escape’s wheelbase and track are 20 mm longer and wider respectively. This offers more interior space, but also provides incremental improvements in ride quality and handling.

The Escape will feature three powertrain choices for 2020. The standard engine on S, SE, and SEL trim levels is a 1.5L turbocharged inline-three-cylinder EcoBoost engine featuring cylinder deactivation rated at 181 hp and 190 lb-ft of torque. A 2.0L inline four-cylinder EcoBoost engine is available on SEL and Titanium trims, upping performance to 250 hp and 280 lb-ft of torque, allowing a towing capacity of 1,591 kg (3,500 lb). These engines are mated to an eight-speed automatic transmission putting power to the ground via front- or all-wheel drive.

On our test, power was more than ample for this application and the 2020 Escape is said to achieve a 0–100 km time up to 10 percent faster than the outgoing model when using 93 octane.

A 2.5L hybrid powertrain is the standard engine on Titanium trim, but the 2.0L EcoBoost engine can also be added for an extra $2,000. If you’re at all interested in hauling a trailer, the 2.0L EcoBoost is the engine to get as it offers the highest towing capability by a significant margin. A 2.5L plug-in hybrid model will also be made available in the months ahead.

I was immediately impressed with the improved refinement and road manners of the new model while piloting the vehicle around the downtown core of Louisville, Kentucky. The plethora of construction was not unlike my own home city of Toronto, letting me evaluate the merits of its handling and suspension in real-world conditions.

Acceleration was brisk enough and shifts from the eight-speed transmission were well calculated and smooth. Suspension is nicely weighted, striking a balance between comfort and sportiness, thanks in part to vibration-absorbing rear subframe mounts that help prevent road sensations from entering the cabin. Bumps and irregularities are soaked up with ease while steering is well balanced and offers predictable feedback, as well as an impressive turning radius.

A series of selectable drive modes are available, including Normal, Eco, Sport, Slippery, and Snow/Sand that adjust transmission shifts and throttle response. A manual mode allows the driver to shift gears by using the smallest paddle shifters I’ve ever seen. My only other gripe was with the automatic stop/start function. When making a left-hand turn in traffic, it felt as though the engine (and power steering) were slow to engage, causing a moment of panic. Defaulting to active, it can be disengaged at the push of a button or by merely lifting your foot off the brake to override the system.

The 2020 Escape is unquestionably quieter and more refined than its predecessor. The ride quality bridges the gap between more premium (and expensive) SUVs but offers more mainstream amenities to keep pricing in check.

Seating is supportive and comfortable. Finding the appropriate driving position was fast and easy thanks to intuitive controls for the manual tilt and telescopic steering wheel, 10-way power seating, and mirrors. Materials are of higher quality than before while layout and design are functional and pleasing to the eye.

The all-new Escape stands lower, wider, and longer than its predecessor as well as also being the most aerodynamic Escape to date. Ford says that the trapezoidal grille was inspired by the sixth-generation Mustang and its lower front end from the Ford GT. Not bad company to keep!

A new vehicle in a foreign city can make for a stressful experience, but the Escape makes it easy to get comfortable and acclimatized. A rotary-style shift dial is new for 2020, providing easy shifts and creating more usable space in the centre console.

The Sync 3 infotainment system is far more intuitive and easier to use than previous versions. Simple but helpful updates include the option for AM, FM, and SiriusXM satellite radio presets to appear on same menu, or the fact that the radio volume and fan automatically lower when you initiate a phone call. Commands can be made via touchscreen or through voice activation.

The SEL model I drove featured remote start, a power liftgate, and one-touch up and down windows front and rear, which was welcome in the 38°C midday Kentucky heat until the AC kicked in.

The SEL model comes standard with a heated leather steering wheel and sport contour bucket seats that are heated but not ventilated which would have been welcomed. A 12.3-inch digital instrument cluster is customizable and easy to read. It also changes colours and prioritizes information based on drive mode. The centre stack houses an 8-inch LCD touchscreen that features Sync3 with Apple CarPlay and Android Auto capability.

FordPass Connect is also offered as standard, providing 4G LTE Wi-Fi for up to 10 devices if you happen to have a compatible provider. It also allows remote access to lock, unlock, locate, and start the vehicle, as well as monitor vehicle diagnostics via smartphone.

There’s a wireless charging pad in the front centre console, three 12-volt charging sockets, and a USB-C port. The rear seating area was adequate and comfortable enough but was decidedly sparse by today’s standards, featuring only cup holders and functions for windows and doors. Climate and infotainment controls are becoming standard fare for rear seat occupants.

Moving up the food chain through the various trims brings added features and amenities not offered on my SEL tester, such as acoustic laminate glass, rain-sensing windshield wipers, evasive steering assist, a head-up display and even a pedestrian alert sound on the Hybrid models. This new generation also offers Active Park Assist 2.0. The driver need only hold a button on the dashboard and the Escape will assume control of the steering wheel, gas pedal, brake pedal and gear selector to maneuver the vehicle into a parallel spot or parking space.

The 60/40-split second-row seating is easy to flip down flat for more cargo space, and seating can now be slid fore or aft six inches, offering either best-in-class legroom or as much as 1,062 L of cargo space. Folding down the rear seats flat provides 1,852 L, or an added 3.5L of space over the previous model. The dimensions were demonstrated by loading six golf bags, which can now be accommodated sideways through a wider opening even though there is only seating for five passengers. It isn’t the smallest or largest SUV in Ford’s lineup, but the space is ample and functional. A hands-free, foot-activated rear liftgate makes loading easier when your hands are full.

I experienced the capability of Co-Pilot360 firsthand in a pre-production model on a closed course. The demonstration included reverse sensing system, lane centering, and emergency braking. They managed to alert and to intervene in a manner that isn’t overly abrupt or intrusive until absolutely necessary.

Official fuel consumption ratings for the 2.0L EcoBoost with all-wheel drive are 10.2 city, 7.6 highway and 9.0 L/100 km combined. Each model in the lineup is said to achieve a range of 644 kilometres per tank based on EPA estimates. The standard hybrid will achieve more than 885 km when equipped with front-wheel drive.

Four trim levels will be offered: S, SE, SEL, and Titanium. Previously, the S only came with front-wheel drive, but it has available all-wheel drive for 2020.

With a starting price of $28,549 for the front-wheel-drive S trim, the all-wheel-drive SEL tester I drove rang in at $37,049 plus takes and destination charges. Offering a long list of standard equipment and optional amenities, it provides a tremendous amount of value for the money.

The fourth generation Escape gets a laundry list of standard equipment, a selection of quality engines to choose from, new packaging options, flexible seating, an improved infotainment system, and improved fuel economy – so we’re told, although official numbers have yet to be released. It’s also larger and yet it weighs 90 kg less than the outgoing model due to the use of lighter, high-strength steel. If you’re in the market for a small SUV, there are many reasons why the Escape should be on your list. 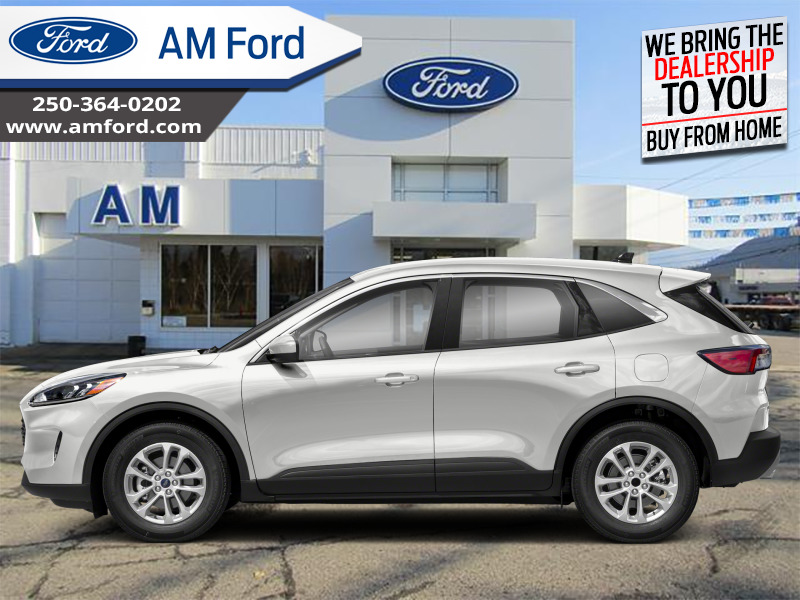