To be brutally honest, I didn’t expect to rate the Acura TLX very highly. I haven’t been wowed by an Acura for a while and the TLX is nearing the end of its current generation, so I saw no reason why this luxury mid-size sedan would be any different. Mea culpa: consider me thoroughly and pleasantly surprised. Granted, while exterior styling has very much kept up with the times, its interior is in dire need of its impending update. But if such things don’t faze you, the 2019 Acura TLX could be your sleeper hit.

Consider this the average of 9 and 7. The former is for the exterior, which looks smoking hot in the A-Spec trim with its open pentagonal grille with radiating gloss black detail, jeweled LED headlights, large chrome tailpipes and gloss black diffuser, darkened 19-inch wheels (which are standard as shown in this trim), and subtle black spoiler.

The lower number is for the interior, which frankly just doesn’t live up to the walk-up promise. The heavy use of Alcantara and sea of black plastic are a dead giveaway that this car was designed five years ago. There is an available leather interior without Alcantara that might help somewhat. If these are attributes you happen to like, you should definitely buy now. They’re not likely to survive the redesign that’s expected to land sometime next year.

There’s a lot of technology at work here, especially in this Elite spec where every feature is standard equipment – but many of these features are included deep into the TLX lineup. The Elite A-Spec’s full suite includes blind spot information, forward collision warning and collision mitigation with heads-up warning, rear cross-traffic monitor, lane-keep assist, lane-departure warning with haptic feedback, road-departure mitigation, automatic high-beams, and rain-sensing wipers. What it doesn’t have is automatic emergency calling, which is an excellent safety feature that’s available in some newer Honda and Acura products but isn’t integrated here.

Relative to similar sedans, the TLX loses practicality points for the oddly small and rounded shape of the space where the trunk opens up behind the rear seats, which dramatically reduces its usability, especially with no rear seat split option apart from the 60–40 setup shown here. It is nice, however, that there are recessed areas in the trunk where smaller items can be stored so that they don’t kick around aimlessly.

On the one hand, Apple CarPlay and Android Auto are standard equipment, which makes a big difference in the usability of the infotainment system. But without them, while the split-screen has the advantage of making a lot of information available at once, the layout of the buttons and dials doesn’t make much sense, and the screen where the music displays doesn’t even have enough room to display the artist of a given song on satellite radio. The forward cup holders are off to the side and out of the way, which is nice, and the inclusion of Honda’s push-button gear selector – however one may feel about it – does free up a lot of space in the centre console.

Apart from the safety and infotainment features and 19-inch wheels already mentioned, this top-of-the-line TLX also comes with heated and ventilated front seats with driver’s side memory function and power thigh extension, heated rear seats, heated steering wheel, heated and power-folding outboard mirrors, rounded LED fog lights, a power moonroof, on-board navigation, adaptive cruise control (but not to a stop), capless fuelling, a surround-view camera with front and rear parking sensors, and a wireless smartphone charger. But the nicest part is that it just comes that way – no item-by-item customization needed.

The 3.5-litre V6 in the TLX is naturally aspirated, which means that it sounds fantastic, but its peak torque of 267 lb-ft isn’t fully available until 4,500 rpm, a point few people are likely to hit very often outside of a spirited Sunday drive. Still, the amount of power and the way it’s delivered through the nine-speed automatic transmission, while not at the level of some of the more performance-oriented German equivalents, is sufficient to impart a sense of energy and confidence.

The TLX’s cabin is plenty spacious enough for four adults, and the 10-way adjustable driver’s seat with power lumbar support and thigh support, plus the eight-way adjustable front passenger seat, make the front half of the cabin a comfortable place to be. The second row is aided by spacious footwells and heated seats, but those with younger kids will want to note that the only cupholders are the two in the armrest and there are no rear door pockets, which makes that entire space more prone to messes than average.

Control is key in the TLX’s driving experience, from the Acura all-wheel drive system with torque vectoring (branded by Acura as Super-Handling All-Wheel Drive or SH-AWD), steering-wheel-mounted paddle shifters, and throttle and gearing management through the Sport and Sport+ dynamic modes. The suspension is agile without being jarring, rolling over rough patches of road with compliance.

Natural Resources Canada’s ratings for the TLX V6 with all-wheel drive fall at 12.0 L/100 km in city driving, 8.2 on the highway, and 10.3 combined. My value at the end of a week falls at 10.8 L/100 km, which seems very fair considering the mix of driving that I did, which was roughly 50–50 city versus highway, and the amount of fun I had with it. Be prepared for the fuel bills, though: Acura recommends premium for this engine.

There’s a lot of feature and safety content packed into a very reasonable price tag in the TLX, even here in its most expensive configuration. It may not be the most stylish or powerful mid-size sedan in the luxury market, but the more reasonable price point – and the ease of selecting which feature mix and price point is right for you – make up for it.

If you’re moving up to premium and want a mid-size sedan that offers a little bit more than you’re used to, the TLX could be an excellent choice for the right buyer. Sure, it may not have the cachet of a German brand, nor as raucous a powerplant as some, but it also comes at a lower price with a feature list that packs a punch. Those who don’t fuss much over interior design should consider taking one for a spin. You may find yourself as pleasantly surprised by it as I am. 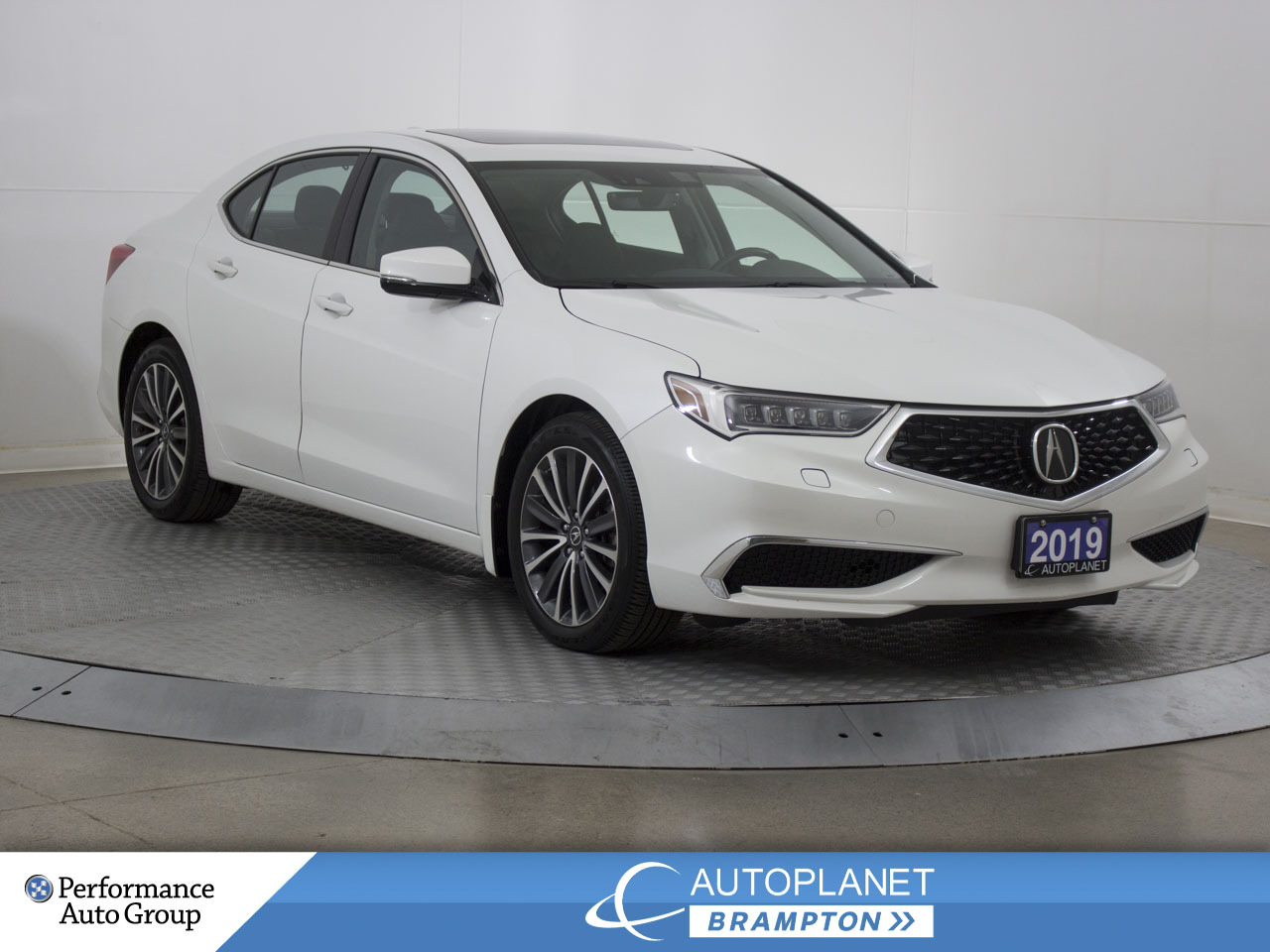 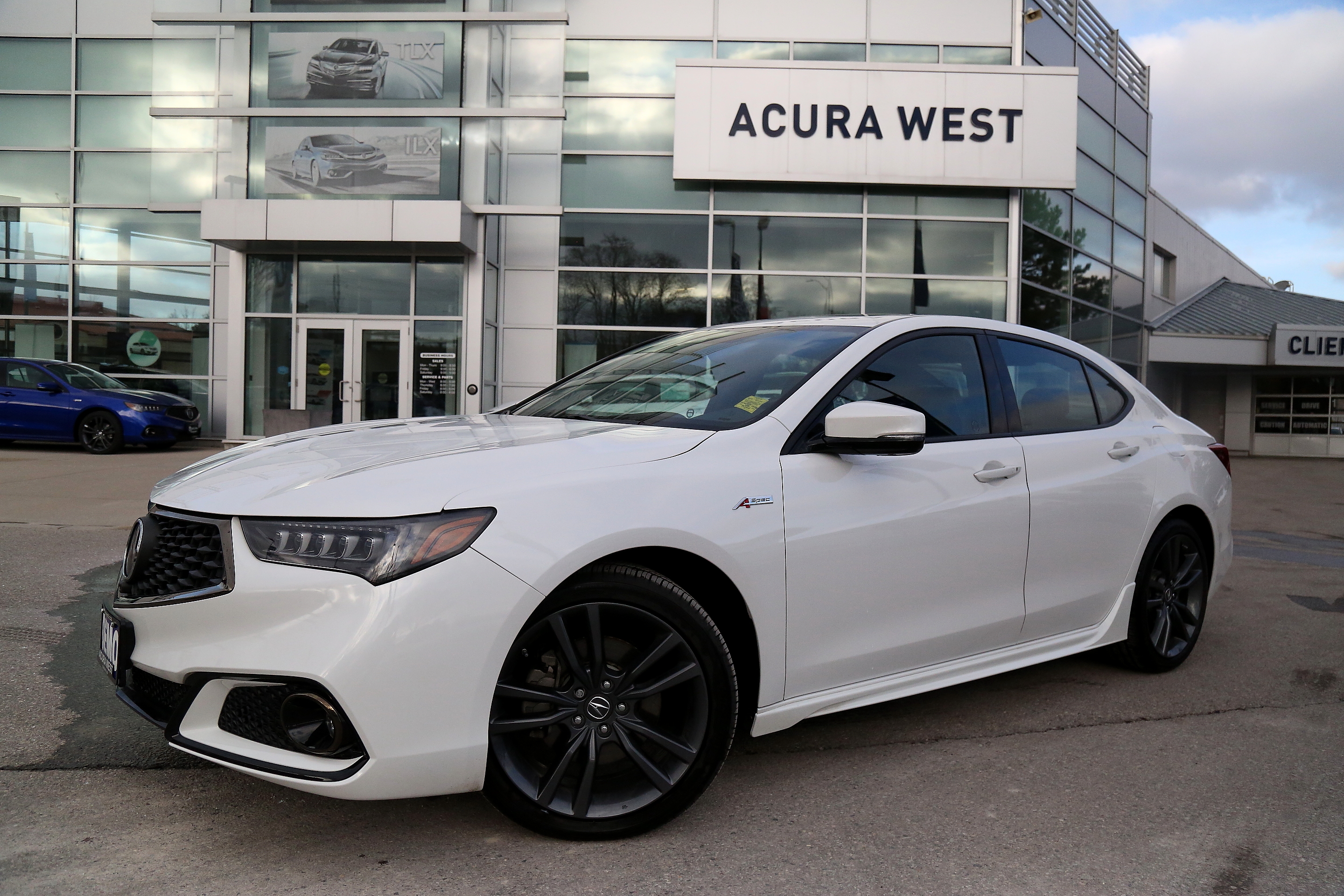 About Stephanie Wallcraft
Stephanie Wallcraft is the child of an auto worker and honed her passion for cars in the grandstands of the Molson Indy Toronto. Today she continues the family tradition by writing about cars and motorsport for publications across Canada.
Follow me
You may also like
8.0