Whenever autoTRADER.ca does a full-day comparison test, employing multiple drivers in competitive rides, each driver also takes one of the featured automobiles for a full week, then writes a test drive story. Like this one you’re reading about the 2019 BMW X2. Except that our full-day entry-level luxury compact utility vehicle comparison ended up being two days. And my full week in the all-new BMW X2 M35i ended up being five days.

The X2 M35i loves curves as much as any 17th century Flemish painter.

In both cases, the unplanned timing was down to the foul Canadian weather.

However, that detestable weather proved superb testing grounds for our vehicles. Lucky for us, I picked up and immediately photographed the X2 on the day before the year’s worst storm arrived. By 8 am next day, it was being slathered with solidifying layers of snow, ice, slush, fear, and loathing.

Those extra days’ driving passed during this area’s typically feeble post-storm cleanup. Meaning? The entire Golden Horseshoe was a vast skating rink for days. Parked cars encroached upon any road’s available driving space, forced there by five-foot drumlins of solid ice, unattended-to piles of snow from previous snowstorms now briefly rained upon then flash-frozen, blocking the curbs. Which, again, make great conditions for testing a crossover’s capabilities and a driver’s sanity, once you find a patch of actual road.

The verdict? It’s a damn good car! And consistent. My scores at the end of this article and several more days’ driving are almost exactly what it rated during the comparison test. The most notable difference? Value was bumped from 8 to 8.5 out of 10.

Standing out amid the overpopulated crossover market

In an era where major manufacturers are walking away from sedan production to further clutter the SUV market, it’s vital that brands and models to find their unique voice and space. For example, BMW doesn’t even call the X2 an SUV, or even a crossover, but a sports activity coupé, aka SAC.

It drives like a car. Indeed, a fun one. The M in the name represents a sport tuning upgrade (from Motorsport). Careful adjustments, like a drop of 10 mm closer to the road and a responsive engine that understands you like a well-rehearsed tango partner, ensure that it drives almost like a sports sedan – in any weather. Meanwhile xDrive, BMW’s all-wheel drive system, over-indexes in that checkbox Canadians love filling most for winter driving. This AWD system comes with BMW’s first-ever front-axle slip differential (also branded M Sport) which further reduces chances of the front wheels losing traction. More grip is good. But let’s talk about the engine. 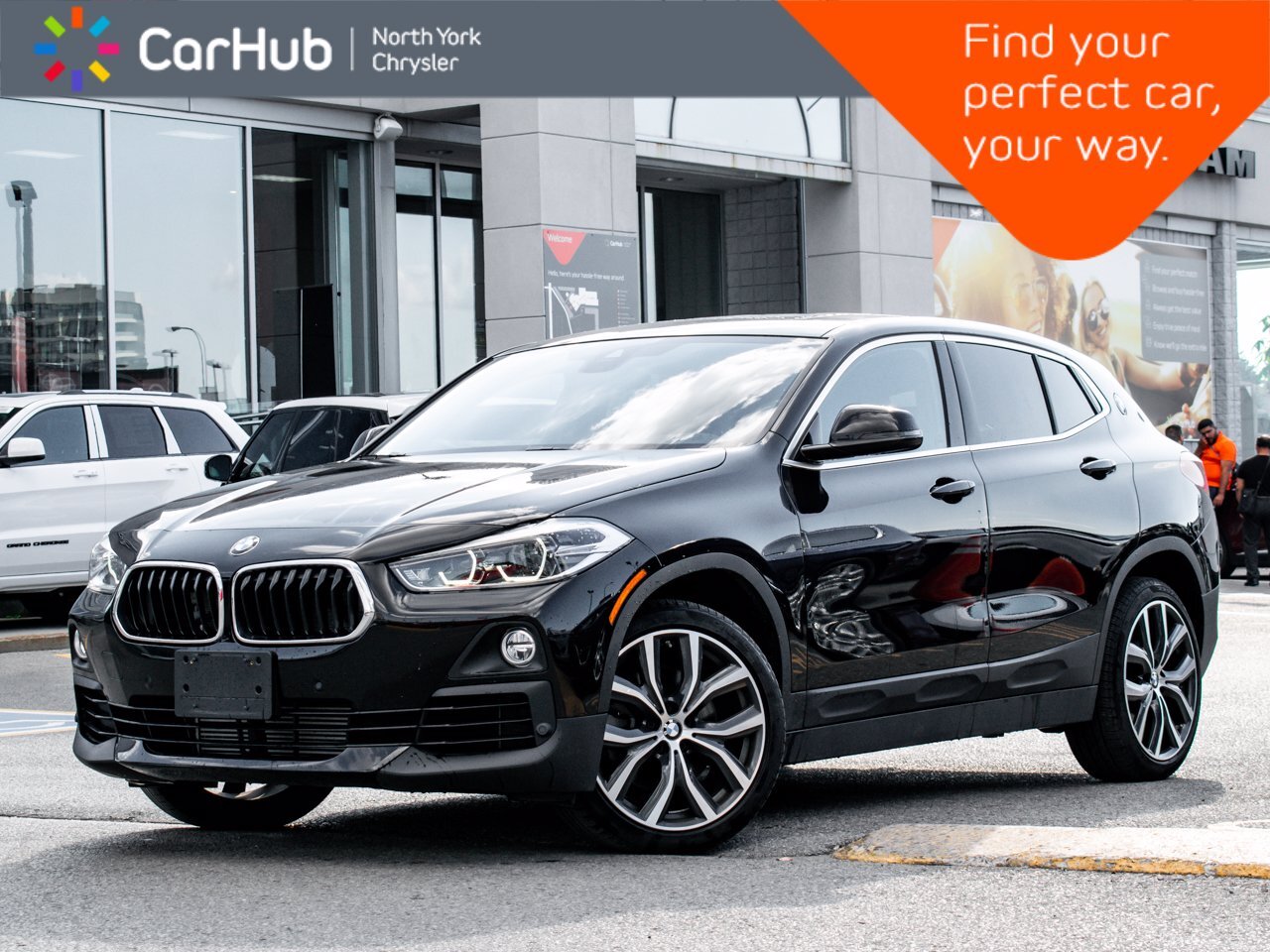 Kudos to BMW’s soundproofing engineers. On the inside of the X2 M35i, the driver’s cocooned, unaware of the angry noise the TwinPower turbocharged engine emits. It’s BMW’s most powerful production four-banger ever.

But outside? Imagine the growl from a Siberian tiger with a toothache. It achieves a refreshing 302 hp at 5,000–6,250 rpm. Meanwhile, at just 1,750–4,500 rpm it slingshots you with 332 lb-ft of torque, curing any lag in sportier drive modes. You can paddle through the eight gears but the sport automatic transmission is plenty responsive, even coming with Launch Control.

In fact, while I didn’t attempt this on Toronto’s ice-covered prairie, according to BMW, the X2 M35i leaps from zero to 100 km/h in under five seconds.

Speaking of not attempting the experiment, according to Canada’s Energuide ratings, it can deliver fuel efficiency of 10.2 L/100 km city, 8.1 highway, 9.4 combined. That is, if you drive gingerly without racing for traffic lights or sliding around to avoid those slush-filled crevasses the City of Toronto hotline quaintly calls potholes.

Outside, the X2 looks fine. Compared to most competitors, it even looks pretty good. Mind, I think SUVs, CUVs and even SACs are like shopping malls that move from A to B. They’re not meant to be enjoyed from the outside. We all just pretend they look better than they do, then gladly get lost in the experience within. There are pictures here. You can judge for yourself.

Besides, in good design, form follows function. And the X2 is based on the same platform as the Mini Countryman. When companies have deep resources, consumers always benefit. Like a Mini, the X2 M35i loves curves as much as any 17th century Flemish painter. The M Sport suspension lowers the height (as mentioned) but also features noticeably stiffer springs. You feel the road everywhere, especially in the sharp intuitive steering. On-ramps are haptic revelations. Such control emboldens the driver, rendering the aforementioned fuel efficiency numbers even more laughable.

The auto-stop/start button is sensibly located beside the actual start/stop button. A lot of people dislike the dropout that occurs at full stops.

If you’re seriously considering a purchase, don’t scrimp on the extra $950 for the sport seats, listed below amid the other options this tester included. (FYI, anthracite is the colour, not the materials.) Your back will thank you. Also consider the wireless upgrade that includes, among other things, conversion of your X2 into a Wi-Fi hotspot: $350.

Finally, while not cheap, the Enhanced Premium Package includes several goodies that make the miserable weather less hateful, like that heated steering wheel, the head-up display, and satellite radio. Does that read poorly? They’re not meant to seem like a unit. The steering wheel warms your aching fingers, which may have needed to chip layers of frozen sludge off the rear-view camera. The display helps keep your eyes on the road, because the reckless boneheaded drivers never take a day off from endangering the rest of us. Satellite radio is season-neutral, but somehow more welcome this week. Unlike the barely noticed panoramic sunroof, which is also part of the package. It’s just as well it was frozen shut with an inch of ice the whole time, until the X2’s carwash administered five minutes before its return.