With all the sedans it makes pretty much heading for the chopping block in North America, Ford is obviously putting a lot of stock in its trucks, SUVs, and crossovers, entrusting them to carry the torch for the Blue Oval, and keep it relevant amongst the competition.

The execs, ads, and brochures don’t tell you everything, of course.

That’s all well and good, but I can’t help but think that – in the US especially – there are still many many many people that want a car. They may like the styling better than that of an SUV, they may prefer the seating position, or maybe they’re simply imagining an “SUV person” stigma that they don’t want to carry. Me? Well, all those things matter a little, I guess, but the big draw for moi when it comes to cars is their performance. They have a lower centre of gravity so usually they don’t roll as much as SUVs or crossovers, they’re often lighter, and possibly more efficient, too. They’re more fun to drive and while that’s a somewhat subjective quality, it matters.

Which brings us to the newest member of the Ford Edge family, the ST. It replaces last year’s Sport model and it’s the “performance” version, perhaps a model that will help ease the pain for those that have always driven Ford cars, and are already lamenting the loss of stuff like the Focus or Fiesta, the last two Fords to bear the “ST” moniker.

Of course, wouldn’t you think it wold make more sense to perhaps build an Escape ST? After all, that is the vehicle that former sedan or hatch drivers would more likely gravitate to, but it’s got its own legion of followers that like their Escape just as it is; and perhaps the bigger, badder, more powerful Edge is the vehicle better equipped for the badge.

On paper, it has the underhood chops to give pause: that’s a 2.7L twin-turbo EcoBoost V6, good for 335 hp and 380 lb-ft of torque, both figures that are up on what was offered by last year’s Sport. It’s fed to all four wheels via an eight-speed auto with paddle shifters, though 100 percent of that power can be sent to either the front or rear axle depending on the situation. There’s no torque vectoring, but the brakes can automatically be applied to the inside wheel on turns to help rotate the car through. I’ve driven the ST both on the road and through a tight autocross track, and the system does the trick with regards to turn-in and helping you hold the line.

Speaking of the brakes: while Canadian cars get standard fitment of the larger rotors available on the US market Edge ST, the red brake calipers seen on that car aren’t coming here. I attended the launch of the ST in the US, and the look of those red calipers peeking out from behind black 20-inch wheels (the 21-inch items on my tester are a $950 option) was a good one – much better and more fitting than the similar treatment given to the ’19 Ford Mustang Bullitt.

Other exterior style differentiators (in addition to new head- and taillights that all facelifted 2019 Edges get) include a larger blacked-out grille (that actually provides better airflow), black door pillars, and black lower grille surround. It’s damn purposeful-looking, this thing, that’s for sure.

Inside the effect continues somewhat: a black interior with white contrast stitching is your only choice, with a smattering of “ST” badges throughout. There are also more deeply bolstered front seats, and the only real pain point I find inside is how laden the centre stack is with black plastic. It doesn’t look good, and you just know it’s going to scratch like crazy. I do like the new-for-2019 gear selector dial, though. It nicely reduces clutter – adding a feeling of more roominess in what is already a nicely roomy cabin – and it’s finished in classy piano black and sliver. 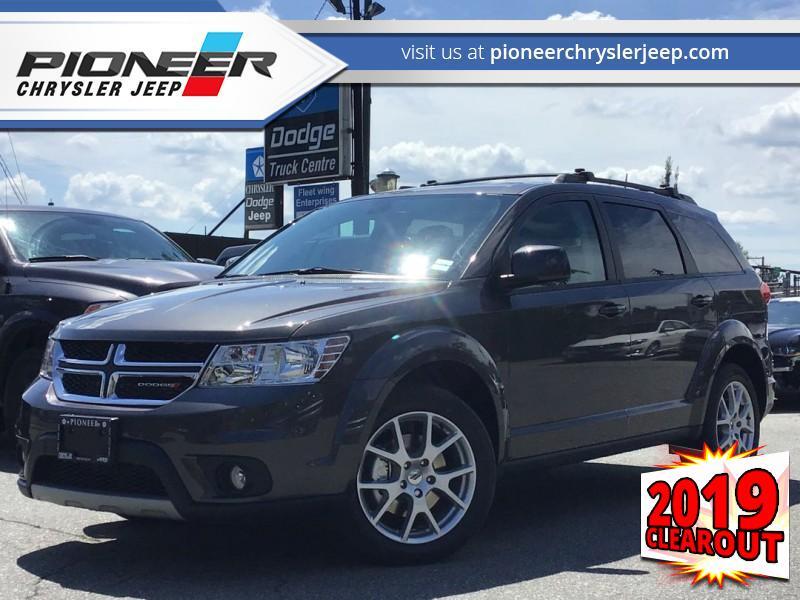 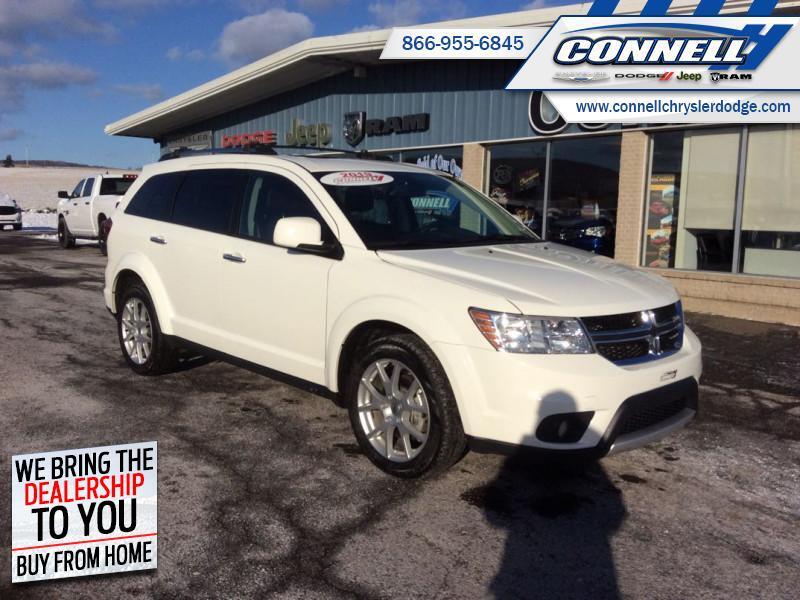 Sync3 with Apple CarPlay and Android Auto comes as standard, as does B&O Play audio; since our car had the $5,800 401A equipment package we also had a full suite of safety features, running the gamut from adaptive cruise with stop-and-go, advanced park assist (hit a button, slow down, let the system find a parallel or perpendicular spot, brake, select reverse, and the system does the rest) to convenience features like foot-activated liftgate, and auto-dimming driver’s side mirror. It also provides wireless charging and a full-panoramic roof, which is as big an example as you’ll find in the segment.

If all that extra driver aide-y stuff is too much for you and all you really want is adaptive cruise (and, as it happens, wireless charging), then both can be had for $850. Since the ST’s $47,599 base MSRP is tops among all Edges, there really isn’t much else to add past those two packages once you go this route. Sure makes the buying process simple, though it’s worth noting the Edge’s main competition in the form of the fully loaded Nissan Murano Platinum starts at just $44,598, but that could change once Nissan announces Canadian pricing for the ’19 Murano, unavailable at time of writing.

That adaptive cruise feature, meanwhile, works well but I was most impressed by the Edge’s auto lane centering; even through turns, you get the sense that the Edge is following a line down the middle of the lane, and there’s no bouncing back between lanes. It’s properly relaxing, this system, and Ford’s engineers deserve kudos for the feat.

Of course, that Murano offers nothing in the way of power that the Edge does – nothing else in the segment does, for that matter – and once you get past the requisite turbo lag, the ST makes good on what the power figures promise. Power comes on generously once you hit the 3,250 rpm mark – that’s peak torque you’re feeling – and it will keep hauling, but with one fairly significant caveat: it will keep hauling, but it will be way more keen to do so if you shuffle the gears yourself. If you don’t, it takes the transmission just a little too long to come on board in proper spirited driving; that’s shouldn’t matter too much in a crossover, unless that crossover purports to be a performance model, as the ST 100 percent does.

Handling-wise, front spring stiffness has risen 10 percent, and 15 percent at the rear. Whenever I hear that kind of stuff, I worry about a crashy ride but even with the big wheels on my tester, I wouldn’t say that was a defining feature by any means. It’s well-mannered, providing good response through turns by keeping the body relatively flat (the Edge still has the centre of gravity of a high-riding crossover, though, so there will be some body roll), and the occupants insulated.

That’s the good stuff; the power can be felt, so too can the stiffer chassis, so you’ll never be able to say that Ford is telling us total porky pies when it comes to the Edge.

The execs, ads, and brochures don’t tell you everything, of course, and that’s where it starts to go a little sideways for the ST – and I’m not talking way-cool drift sideways, either.

For starters, there’s the seating position. Actually, more specifically, there’s the view out from the driver’s seat which both me and my wife – a much smaller driver than me – had a lot of trouble with. The large A-pillars are a big part of the problem, one that’s compounded by a very deep and tall dash that leads on to a broad hood with rounded edges. Cool as that may look, it can make positioning a vehicle that much more difficult. Good they have that self-parking feature, that’s for sure.

Trouble is, no amount of self-parking van help you as you’re threading through rush-hour traffic, which really had me wary of my surroundings. That’s not always a bad thing, but when said wariness arises from trying to make a simple right-hand turn in to a narrow alleyway, you’ve got problems.

The issues are compounded by the steering because while it’s great for the speedier, open-road stuff, moving more slowly through towns and their parkades is a different story. The turning radius is huge and the way I ended up making way more three-point turns than I ever imagined is borderline unacceptable in a vehicle like this; I’ve never driven a 1979 T-bird, but could it really be that much worse?

Of course it probably is, but that’s besides the point, really. What we’re seeing with the Edge ST is perhaps a bridge too far for the ST brand; I can’t imagine how the oft-spied Explorer ST is going to fare, but we’ll save that discussion for another day. I really liked the idea of the Edge ST when I first saw it at the 2018 Detroit auto show – I thought it looked the business and I liked the power as it all tickled by muscle and sports car guy fancy. There’s no question that the power is there, it’s abundant and that the ST is at its best when being driven with purpose. Trouble is, I reckon most ST owners would only drive in such a way a tiny fraction of a time, and far less often than those that own Fiestas and Focuses. The rest of the time, they will have to accept those shortfalls… or not.

About Dan Heyman
Dan Heyman is a car guy through-and-through, ever since his first word was “Toyota”. Dan has worked as a full-time automotive journalist since 2010.
Follow me
You may also like
7.2