The all-new 2019 Acura RDX has arrived. It’s gone back to its roots with turbocharged power and Super Handling All-Wheel Drive (SH-AWD). The new engine is a snarly little beast. The interior is a knockout. It has the best gauges I’ve seen in ages.

It looks premium, but not so much that anyone will wonder if you have Tuesday evening money fights in your solarium.

As a package, the new RDX is just a fussy-pants infotainment system away from being one of the most compelling sport luxury crossovers in my memory banks – but there’s one big thing you need to know about the RDX A-Spec right up front: this is not a machine designed to coddle or isolate you from its sporting capabilities.

Numerous competitors take steps to feel like they’re performing effortlessly – as if they’re never working that hard or breaking a sweat. The RDX A-Spec takes a different approach: it happily communicates with you, through sounds and sensations – mostly pleasing – and more the harder you drive it. If you’re after a rolling isolation chamber, this is not your machine. More on that later.

Crossover sales keep the Acura brand chugging along, with the sales-superstar MDX and RDX most often bought for their unflappable reputation for reliability, resale value, sensibility, safety, and reasonable pricing. These machines are smart and subtle. They’re objects of sensibility and practicality, not lust. Each has an overstuffed trophy shelf to show for it. These are the Lisa Simpson of luxury crossovers.

But neither were typically sought after for any attribute that centred much around how they looked, or how they drove. Today, Acura is redefining itself, and this is changing.

If you removed the Acura badges, little gives the new RDX’s identity away. Much of the look, inside and out, is new and uncharted territory.

Compared to the play-it-safe appearance of its predecessor, the new RDX is a shock-and-awe display of curves, edges, scowling angles, and sculpting. You can see clean through the aerodynamic slits in the front bumper, which are a subtle but potent visual, common on big-dollar supercars, not fifty-grand crossovers. A comically massive badge on the front grille is centered within a unique starburst pattern. The tailpipes are real: big chrome tips hanging beneath the bumper in place of cheesy glue-on finishers à la Mercedes-Benz and others. There are openings and slits and slats and slashes applied throughout, inviting closer inspection. The list goes on.

In all, the body is busy but cohesive. My A-Spec tester, finished in white paint and black accenting, made generous use of contrast to enhance the “pop” factor of its sculpting and stance. It’s a look that’s more sporty than luxurious, but still upscale. It looks premium, but not so much that anyone will wonder if you have Tuesday evening money fights in your solarium.

You never get a second chance to make a good first impression. Acura knows this, and that’s most apparent when getting on board.

Open the door, and a lush jungle of rich detail spreads around you. Your peepers are met by big aluminum speaker covers on the doors, a sporty small-hub steering wheel, a liberal array of curves and sculpts and stitching, and an overall atmosphere that’s genuinely unique and fresh. This isn’t like every other luxury crossover cabin: it seems like Acura worked overtime to produce a new and notable atmosphere.

There’s plenty of beautiful detailing. Seats flaunt leather and suede and stitching and perforation. The instrument cluster is splendid, with laser-red needles floating over metal discs with subtle texturing to grab the light playfully. A push-button shifter streams towards the central touchpad controller below it, like a high-tech plastic waterfall. The curiously large drive mode selector sits smack in the middle of the centre stack, just above. This selector, and its prominent placement, signal that the RDX intends to flexibly entertain in whatever sort of driving you feel like getting up to.

RDX has also fully ditched the 3.5-litre V6 from the last-generation model, and returned to its roots via a new four-cylinder turbo engine. The 2.0-litre unit generates 272 horsepower, even more torque, and is an impressively flexible performer.

Driven gently, revs are kept down, noise levels are low but not muted wholly, and there’s little throttle input or revs needed to whip through traffic. The old V6 was smoother, but wasn’t nearly as eager from such low revs.

Pushed, the new four revs with pleasing freedom. There’s a sense of rising action to the power curve, uncommon from modern turbo engines, and power builds and swells as the revs rise. Loyal Acura drivers will recall the charming snarl as familiar from the brand’s rev-happy VTEC four-cylinder engines. The RDX isn’t trying to isolate you from its performance experience: it’s not as effortless an engine as you’ll find in (typically European) competitors, and it lets you know when it’s working hard – but it sounds and feels rewarding in the process. 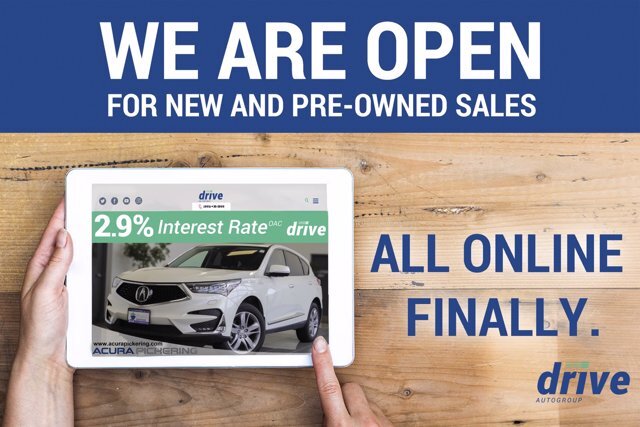 If you enjoy the sensation of a hardworking little engine more than an effortless and quiet feel from a bigger powerplant with similar output, you’ll like what Acura’s cooked up. The new four-cylinder is a little gruff in comparison to its predecessor, but the snarl that comes online when you get it spinning fast is a treat.

A 10-speed automatic improves mileage and performance, always feels like it knows what it’s doing, and shifts with invisible smoothness at almost all times. In manual mode, paddle-shifting is possible – though the gearshift speed and response time is easily outgunned by numerous competitors. Typically, you’re best to leave the transmission to call its own shots, possibly engaging the Sport shift setting, which keeps the redline easily within striking distance.

Twist the drive mode selector dial to activate the mode you like – Comfort for a relaxing drive, Sport or Sport + for added thrills and easier access to the performance capabilities, or Snow, for added confidence when traction is scarce. With a twist, you access one of four specific RDX personalities.

RDX’s cabin taps into the flexible and highly useful design of many of its cousins – with loads of storage for smaller items via bins and cubbies, and plenty of charging ports for mobile electronics. The clever opening beneath the centre console looks great and adds even more storage options.

In back, the cargo hold is wide and flat, features hidden storage beneath, and gets a handy bin at one outer corner to help keep items secure. It’s all accessed by a powered tailgate.

Front seats are easily entered and exited – just slide over, down a touch, and you’re in. Here, the driving position is commanding but not towering, and most controls fall logically in front of your fingertips. Note that it may take a few days before the steering-wheel-mounted controls become second nature, as there are many of them. Ditto the push-button shifter. And especially the track-pad input surface for the fussy, fussy central command system.

Rear seats are adult-friendly and four average-sized grown ups should have no issue with space. They won’t be stretching out massively, but they won’t be chewing their shins, either.

The ride is tuned nicely for the sporty driver. It’s comfortable as a whole, though a deliberate firmness is apparent, enabling faster responses to inputs and more stability in high speed manoeuvres. Again – you don’t get the sense that the RDX is ever trying to isolate you from what it’s doing. This machine is almost always telling you something, or giving you a high-resolution image of the road beneath via the suspension.

Context, though. The RDX A-Spec won’t smash your spine to kingdom come on smooth highways, though rough in-town roads nuke ride quality a good measure. Drivers after non-gelatinous cruising and above-average willingness in the handling department will find it an apt setup. If you’re a sports car fan, you’ll be familiar, and likely okay, with the ride and handling compromises.

It all feels best when driven hard. RDX isn’t instantly sporty in all situations, but when you dial up the speeds and toss in some corners, it feels unbothered and eager – more so the harder it’s worked. It rewards your heavy foot with moves and grip and balance characteristic of a smaller and lighter vehicle, and sticks to fast corners like a suction bathmat. Push harder with the throttle, and the SH-AWD system strategically overpowers a single rear wheel to help turn the RDX on its axis, for a more rear-driven, tail-happy feel. In all, it delivers an effective invitation to drive the pants off of it, and when you do, the fun-to-driveness is all there.

Cruising the highway, ride quality will prove familiar to former luxury sporty sedan owners, fuel mileage is thrifty, and noise levels are about average for the segment – though notably louder in rear seats. This isn’t the segment’s most luxurious tourer, but mostly, it maintains comfort appreciably given its athletic intentions. Just be sure to hit the roughest road you can find on a test drive to confirm acceptance of the ride quality.

The LED headlights offer up excellent performance, the ELS audio system is punchy and vivid, and brakes are nearly startlingly powerful when smashed hard and become more communicative the harder they’re worked – though precision at the pedal is somewhat lacking versus a comparable Lexus or BMW.

There’s one major gripe: the central infotainment system controller. It’s a beautiful-looking piece of kit, manipulated as your fingers ramble about a touchpad, your wrist resting on a little leather cushion. The interface is colored and animated nicely, and even responds to inputs with noises inspired by the main menu of your favourite video game console. Thing is, the inputs are downright fussy: it’s difficult to feel or visualize where your fingers are (there’s no on-screen cursor) and the action of tapping the touchpad often results in selecting the wrong function, causing you to start over. This is the first infotainment system in years that I was still swearing at after a week.

You’ll figure it out, and maybe even appreciate how it negates the use of dozens of buttons elsewhere – but it remains a big gripe given that its use is mandatory to control so many functions.

Probably, that’s a small sacrifice. After all – the RDX A-Spec has an eager powertrain, a killer cabin, great looks, and puts a nicely loaded, sports-enhanced luxury crossover on offer for about the same money as a no-frills, base-model version of a comparable Mercedes or BMW.

If you figure you can master a fussy infotainment system and want something that’s equal parts techy, sporty, and upscale without emptying your wallet, this should be on your test drive hit list.