PADERBORN, Germany – Tradition has it that AMG cars were all about the engine – the definitive iron fist in the velvet glove. Big, ballsy, ballistic executive sedans strafing the left lane of the Autobahn, high-beams flashing and left indicator permanently on. Thunderous cocoons whose straight-line acumen started to dim when the roads got twisty.

As the only V8-powered rear-drive offering in this premium performance compact segment, the C 63 S … is thoroughly drunk on power.

Well, that is a dated notion now, as most of the vehicles that rumble from Benz’s performance arm in Affalterbach are as well-sorted and well-rounded as you could ever hope for. But one thing does remain: It’s still all about the engine.

All about the engine

In the case of the refreshed rear-drive 2019 Mercedes-AMG C 63 that comes to our shores in coupe, sedan, and cabrio form (the wagon, sadly, is forbidden fruit), the engine in question is AMG’s masterpiece of a 4.0L bi-turbo V8. It comes in two power levels here, with the base 476 horsepower, 479 lb-ft version slated only for the C63 sedan. The coupe and cabrio come only in S trim now, where output jumps to 510 horses and 516 lb-ft from 2,000 to 4,000 rpm. But don’t fret, all you four-door devotees, the sedan will also be available as a fire-breathing S.

As the only V8-powered rear-drive offering in this premium performance compact segment, the C 63 S makes one helluva statement. It is thoroughly drunk on power. And if you think turbocharged engines lack character, this 4.0L bent-eight has bags of the stuff. It rumbles ominously at idle, crackles with enthusiasm at every throttle blip, makes wonderfully rude noises on lift-off, and escalates to a hairy-chested bellow as the tach needle swings to the right. Assuming you have the exhaust on the sport setting. Which you will, just because. Oh yes, this is a thoroughly addictive drivetrain.

Hand-built in the AMG Affalterbach facility, and adhering to the “one man, one engine” principle, the 4.0L uses the “Hot-V” architecture that stuffs the turbos and catalytic converters within the engine’s V, with the intake ports fitted to the outside of the heads where traditionally you’ll find the exhaust headers. Benefits of this design are compact packaging along with reduced turbo lag and emissions.

The 4.0L carries forward largely unchanged for this 2019 mid-cycle upgrade, but AMG has made a host of improvements elsewhere to ramp up the C 63’s agility, driveability, and tech count. And you’ll spot this refresh by its toothy “Panamerica” grill, new front fascia, power domes on the hood, and recontoured rear end.

Chief among the improvements is the adoption of the AMG Speedshift MCT 9G nine-speed automatic with wet start-off clutch, replacing the old seven-cog unit. It’s a smooth, brainy gearbox that, depending on which dynamic setting you are using (Slippery, Comfort, Sport, Sport+, Race), can slur the gears or bang off lightning-quick changes and read a race track with impressive accuracy. With its multiple downshift function, the 9G on kickdown will drop from seventh to fourth or from fifth to second. There’s also a fully manual mode where it takes bidding from the paddle shifters, and won’t upshift until you tell it to.

Peeking into the labyrinth of electronic dynamic functions, we see the 2019 C 63 gets the nine-level traction control from the AMG GT-R along with four stages of AMG Dynamics (this would be the electronic stability control/rear torque-vectoring function) – Basic, Advanced, Pro, and Master. These work in lockstep with the AMG drive programs.

Is your head spinning yet? Indeed, there’s a lot of new stuff going on below decks here, and pulling all these go-fast elements together for the driver is an illuminated rotary control dial that lives under the right spoke of the new-gen flat-bottomed AMG steering wheel.

My morning was spent driving a C 63 Cabriolet from Paderborn Airport to the Bilster Berg Drive Resort. In Comfort mode this drop-top settles into a pretty convincing cruiser. The engine hums along politely, the transmission shifts smoothly and the adaptive dampers dish up reasonable compliance, although here in Germany where the roads are freakishly unblemished it’s hard to comment on ride quality. The optional AMG Performance seats (now with available ventilation) are superb. There’s a new 10.3-inch central COMAND display, and these cars were fitted with the optional 12.3-inch fully digitized instrument display that can call up a host of additional info.

One of the more intriguing functions is Race Timer which, with the ability to record 80 parameters, is your personal telemetric tell-all.

On the winding back roads in this part of Germany, the C 63 cabrio cut an accurate path, and Sport mode worked a treat, dialling in a bit more edge and waking up the exhaust, yet generally keeping things civil. As ever with this turbocharged V8 AMG compact, nut-bar acceleration is an ankle-flex away.

Of course, AMG wasn’t going to consign us just to public roads with this bad boy. The Bilster Berg Drive Resort is a fantastically challenging 4.2 km private road course with dramatic elevation changes, several blind crests, and a fast back straight. Built in 2013 on the grounds of an old British military base, and completely privately funded, it was designed by F1 star architect Hermann Tilke with some input from a fellow named Walter Rohrl who apparently had a bit of success in the rally world. Ha. 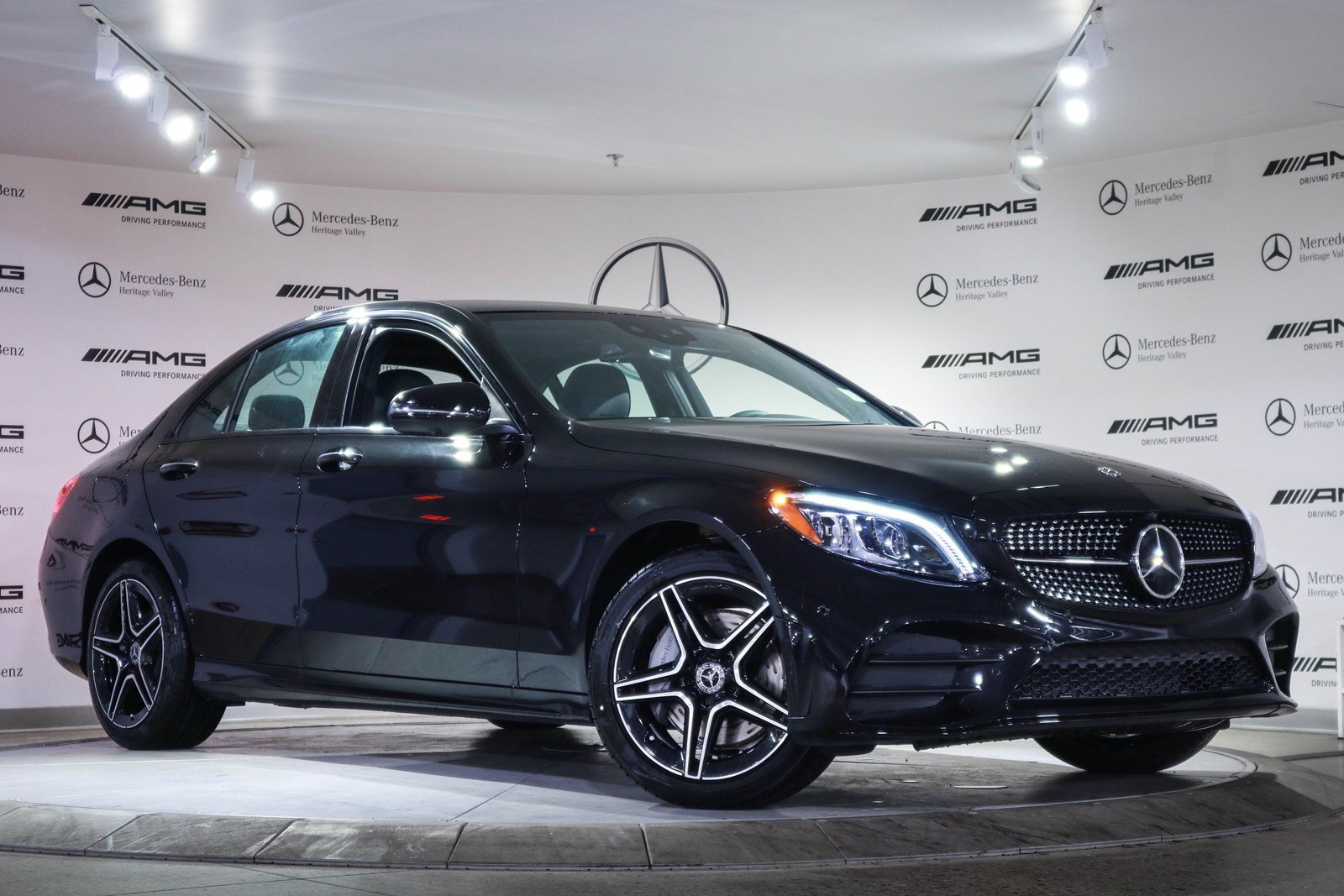 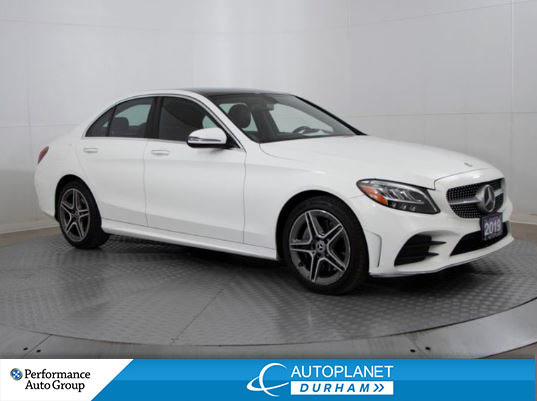 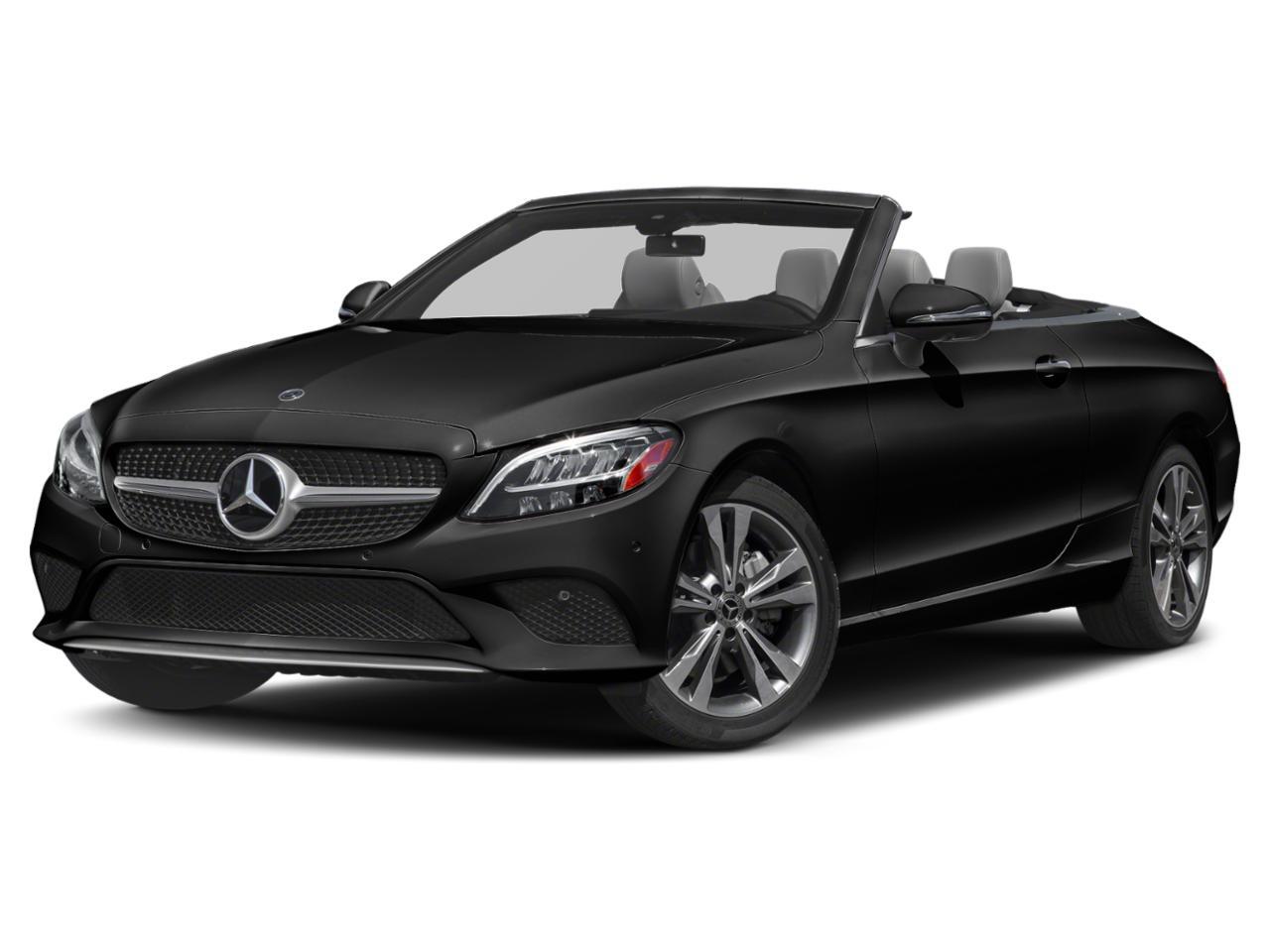 With helmet on, I’m sitting in pit lane, ensconced in a flat-black C 63 S Coupe, about to follow a professionally driven AMG GT-R for a five-lap session. Okay, these guys mean business. The “warm up” lap is anything but leisurely. After a couple of laps I turn the dial to Race which allows for a bit more drift in the corners. The car feels neither intimidating nor unpredictable, even as I ham-fist my way through this unknown, sphincter-clenching track. Putting the power down on corner exits is a breeze – the clever electronic limited-slip differential with torque-vectoring ensuring few of those 510 horses and 516 lb-ft are being wasted.

The C 63’s steering is sharp, the optional carbon-ceramic brakes are heroic, and of course the bellowing V8 slingshots this coupe between the bends like a weasel with its tail on fire. Still, there’s no hiding the AMG’s mass – it checks in at just over two tonnes – so you’re well aware of all these electronic and mechanical bits wrestling with the physics.

The C 63 is the best-selling model for AMG, and this raft of upgrades for 2019 only adds to its appeal. As noted earlier, it is the only offering in this admittedly thin segment to have a powerful V8 driving the rear wheels. It straddles the worlds of both muscle car and sophisticate, hooligan and high-brow, and does so in an addictive, intoxicating manner.

The 2019 Mercedes-AMG C 63 S Coupe and Cabriolet arrive in Canada in November of 2018, followed by the Sedan and S Sedan in December. Mercedes-Benz tells us the pricing won’t stray too much from the current, which range from $75,700 for the base sedan to $93,700 for the Cabrio S.

About Peter Bleakney
Peter Bleakney is a Toronto-based automotive journalist. He is also a member of the Automobile Journalists Association of Canada (AJAC).
Follow me
You may also like
AdChoices
Latest Articles
﻿