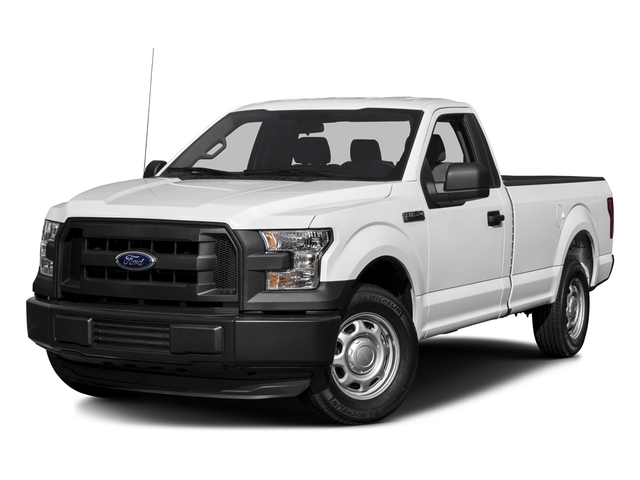 For more than 50 years, Ford's F-Series has been North America's best-selling pickup truck, and its F-150 half-ton is a perennial bestseller in Canada. Ford's success in the segment comes, no doubt, from continual evolution. The current generation, which launched two years ago, broke new ground in being the first pickup truck to offer an all-aluminum cab and bed.

The evolution continues for model year 2017 with a brand new powertrain. The 2017 F-150 is the first vehicle to feature the second-generation 3.5-litre EcoBoost V6. While the engine remains the same displacement, it's effectively all new from the block to the head; it features both port and direct fuel injection, new quick-spooling turbos, and engine idle stop to save fuel. Total power jumps to 375 hp and 470 lb-ft of torque, which Ford claims leads the half-ton class.

Trucks with this engine also feature the all-new 10-speed automatic transmission, which was co-developed with General Motors. One of the first vehicles on the road to feature a 10-speed 'box, the transmission aims at improving heavy towing ability, acceleration, and fuel economy.

Other powertrain choices for the F-150 include a 3.5-litre naturally aspirated V6 engine that develops 272 hp and 253 lb-ft of torque, a mid-range 2.7-litre EcoBoost V6 which makes 325 hp and 375 lb-ft of torque, and a traditional 5.0-litre V8 that makes 385 horsepower and 387 lb-ft of torque. The V8 can also be fitted with a natural gas prep package to run on CNG. All of the above engines come paired to a traditional six-speed automatic transmission. 2x4 and 4x4 configurations are available.

After two years of teasing, the Raptor finally makes it to showrooms this year, complete with unique and super-aggressive styling, brand new 3.0-inch diameter Fox shocks, a unique Baja tuning mode for the Terrain Response traction management system and 15 percent more suspension travel. Unlike prior Raptors which used Ford’s range-topping V8, this new one gets a tweaked version of the second-gen 3.5-litre EcoBoost V6 and a standard 10-speed automatic transmission Designed to excel at high-speed off-roading, the Raptor comes standard with a centre locking differential and an optional limited-slip front diff.

Available in Regular Cab, SuperCab (extended cab), and SuperCrew (crew cab) body styles, with a choice of 5.5-, 6.5- and 8-foot-long beds, and trims ranging from the workaday XL to the country-themed King Ranch and luxe Limited and Platinum trims, there's an F-150 to suit all needs. On the luxury end, the F-150 impresses with available power-operated running boards, remote-locking and release tailgate, multi-contour leather seats, lane-keeping assist, radar cruise control, and emergency autonomous braking.

This year sees yet another permutation with the addition of the STX appearance package, designed to appeal to buyers looking for a straightforward, good lookin' pickup. Wedged between the base XL and XLT trims, the STX adds 20-inch wheels, black grille with body-coloured surround, body coloured bumpers, dark-tinted glass, fog lights, sports seats, and Sync3 with an eight-inch touchscreen display. The package is available with Supercab and Supercrew body styles with the 2.7 EcoBoost, 3.5 EcoBoost, and 5.0-litre V8 engines.

Speaking of Sync3, Ford has just upgraded the system to feature standard Android Auto and Apple CarPlay compatibility, plus system updates that can be downloaded via wi-fi. This system, which debuted on the F-150 last year, has crisp graphics, tablet-style controls, and is the point of display for the truck's parking camera and optional Pro Trailer Backup Assist, which uses a dash-mounted knob to more easily steer trailers. The system works on trailers and loads of all sizes and works up to the F-150’s max towing capacity.

Showing of 37 trims
All Features Differences