Is the electric car our future? That depends on a number of factors, but the biggest ones are range and recharging convenience. And that was the point when I drove from Toronto to Ottawa and back again, in two versions of Porsche’s all-electric Taycan.

The socially distanced event included a stop in Brockville, Ont. – 314 km from Toronto, and 114 km from Ottawa – for a fast-charge at an Electrify Canada station. The company is a subsidiary of the Volkswagen Group, and the Taycan’s price includes three years of free charging at Electrify stations.

As for the car, it’s pronounced Tie-khan, and it’s an all-new model for 2020. It comes as the Taycan 4S, Turbo, and Turbo S; and if that makes no sense because an electric car can’t have a turbocharger, it’s because Porsche uses that nomenclature for progressively more powerful versions of its gasoline cars, and carries it over to its electric ones. All are all-wheel drive, with electric motors on both axles.

I started out in the Taycan Turbo S. My battery was charged to 98 per cent and showed a range of 352 km, although just as with a gasoline car, that estimate changes depending on how you drive. I likely could have made it to Ottawa on lower-speed backroads, but Porsche wanted the fast-charge to be part of the event.

The official Canadian figure for the Taycan Turbo’s range is 323 km – same as the U.S. EPA – but many auto reviewers report getting considerably more. European tests, meanwhile, rate it up to 463 km. Even Porsche’s own Canadian dealerships can’t agree, and some advertise Europe’s 463 km, while others say it’s “more than 500 kilometres on a single charge” on their websites. I just wanted at least 314 klicks to the charging station without calling for help.

I would certainly get there in style. Porsches are not cheap, and electric Porsches are really not cheap. The Taycan 4S starts at $119,400, and the Turbo S at $213,900. Porsche offers lots of options, and the 4S on this trip was lifted to $163,910, while the Turbo S was $237,310. The Taycan’s most obvious competitor, the Tesla Model S, ranges from $105,990 to $189,990, but those who spend for the Porsche are getting a much-better-finished and far more luxurious vehicle. I also don’t think Tesla fans are necessarily Porsche fans and vice versa, and cross-shopping will likely be minimal.

Having adjusted my seat and mirrors, and with the $6,620 Burmester surround-sound system set to Met Opera Radio, I was ready to go. The idea behind the trip wasn’t primarily a critique of the car – just about everybody’s reviewed it, including us. Instead, this was a demonstration of the car’s ability to make the trip with a minimum of fuss, as a gasoline car would. And while I’ve piloted almost every electric car on the market, this was my first on a long-distance drive.

Even so, there were a few things worth mentioning. Once on the highway, I put my foot down hard to see just what the Turbo S could do (and in Sport Plus mode, it pipes artificial gas-engine sounds into the cabin). Hang on tight if you ever get the opportunity, because it pushes you so far back in the seat that you might lose your grip on the wheel. This car accelerates so fast, it makes your head hurt. I so want to take it on a no-limit section of German Autobahn and truly open it up.

Along with speed I also discovered stop, from the Turbo S’s massive carbon-ceramic brakes. I was keeping up with the traffic flow when I spotted a U-Haul truck ahead on the shoulder. When I was a few car lengths away, the driver figured two clicks of the turn signal allowed him to pull out in front of me. I think I used up two kilometres’ worth of battery laying on the horn.

I was keeping an eye on those kilometres, too. I’m sure it doesn’t take long for EV owners to become comfortable with them, but as a long-distance newbie, I obsessively checked my range against the navigation’s distance-to-destination. It figured I’d have about 50 kilometres’ worth of battery on arrival, and I was good with that.

But the navigation developed a gremlin, suddenly adding far more distance to the route. (Since it also reports charging stations as suggested stops, Porsche’s rep suspected those were the source of the extra kilometres.) And that’s what “range anxiety” is all about. I forgot I was actually 150 km from Brockville, because all I saw was 212 km to go, with 200 km of range. I slowed down, set the car to energy-conserving Range mode, turned off the climate system, and worried. Some 10 anxious kilometres later, I finally realized the navigation was wrong, and reset everything back on track.

I pulled into the station with 16 per cent battery remaining. The Taycan can charge at a rate as high as 270 kW. Most fast chargers are rated between 50 to 150 kW, but this station had a 350-kW charger, one of a handful in Canada (if the rate is higher than your vehicle can handle, the charger reduces the flow to match).

Charging infrastructure is still the EV’s Achilles’ heel, and while the network is growing, it’s nowhere near gasoline’s base. The lack of fast-charging standardization doesn’t help, either, as you have to find a charger to match your vehicle. The Taycan, and many others, use the CCS system. There’s also CHAdeMO, used by the Nissan Leaf and a few others, and Tesla’s proprietary Supercharger.

I swiped my hand under my car’s optional plug-port opener, which automatically slides out of the way (if it detects ice on the cover, it first vibrates to crack it loose), and plugged in. Charging speed and power delivery depend on numerous factors, including battery level and temperature, or power demand on the station. The Taycan’s 270-kW capacity is maximum peak; you don’t get that continuously from start to finish, or necessarily go that high at all, and my charge reached a high of 204 kW. At maximum capacity, the Taycan can get 100 km of range in four minutes.

It took 22 minutes to get to 80 per cent. Batteries, including those in your phone, fast-charge to that and then slow down to prevent damage; the last 20 per cent takes as long as the first 80. I stayed plugged in to 88 per cent, which would have cost $17 without the Taycan’s charging-included plan. By my very rough estimate, the same trip in a gas-powered Panamera would have been around $45.

Electrify doesn’t yet have a station in Ottawa, and Petro Canada’s “Electric Highway” fast-charger is across the river in Gatineau. Our hotel didn’t have any chargers, and we couldn’t take the cars off-site for overnight charging while maintaining social distancing, so in the morning, I switched to the Taycan 4S and went back to Brockville for a top-up.

Since it isn’t as powerful, the 4S has longer range than the Turbo S – 463 km vs 447 km, according to the European numbers. After Brockville, I took a more leisurely route on secondary highways, through small towns and rolling farmland. As sometimes happens with various levels of performance vehicles, I preferred the 4S’s road manners: in place of the Turbo S’s brain-bopping brawn, you get impressive power blended with beautiful balance.

The navigation system again pulled its extra-distance trick but I was wise to it this time, and got back to Toronto with about 80 km left “in the tank.”

Overall, cars like the Taycan spotlight both the future and the challenges of electric vehicles. We tend toward vehicles for every possible situation: pickup trucks that carry nothing, or off-roaders that stay on pavement, just in case we ever actually buy a sheet of plywood or spot a trail in the woods.

Likewise, naysayers knock EVs because you can’t seamlessly cross Canada in one. Most will never go coast-to-coast on gasoline either, but they want to know they can. Longer-range, fast-charging cars like the Taycan are the stepping-stones. A 22-minute charge isn’t a five-minute gas fill-up, and fewer than 2,000 fast-chargers nationwide from all providers isn’t a network. But if well-heeled Porsche enthusiasts want to get between major cities at this level of power and comfort, with a coffee stop in between while the car charges, it can be done and with badge-bragging rights to boot. And as battery and charging technologies improve even more, the Taycan may be that upper-upscale pioneer. 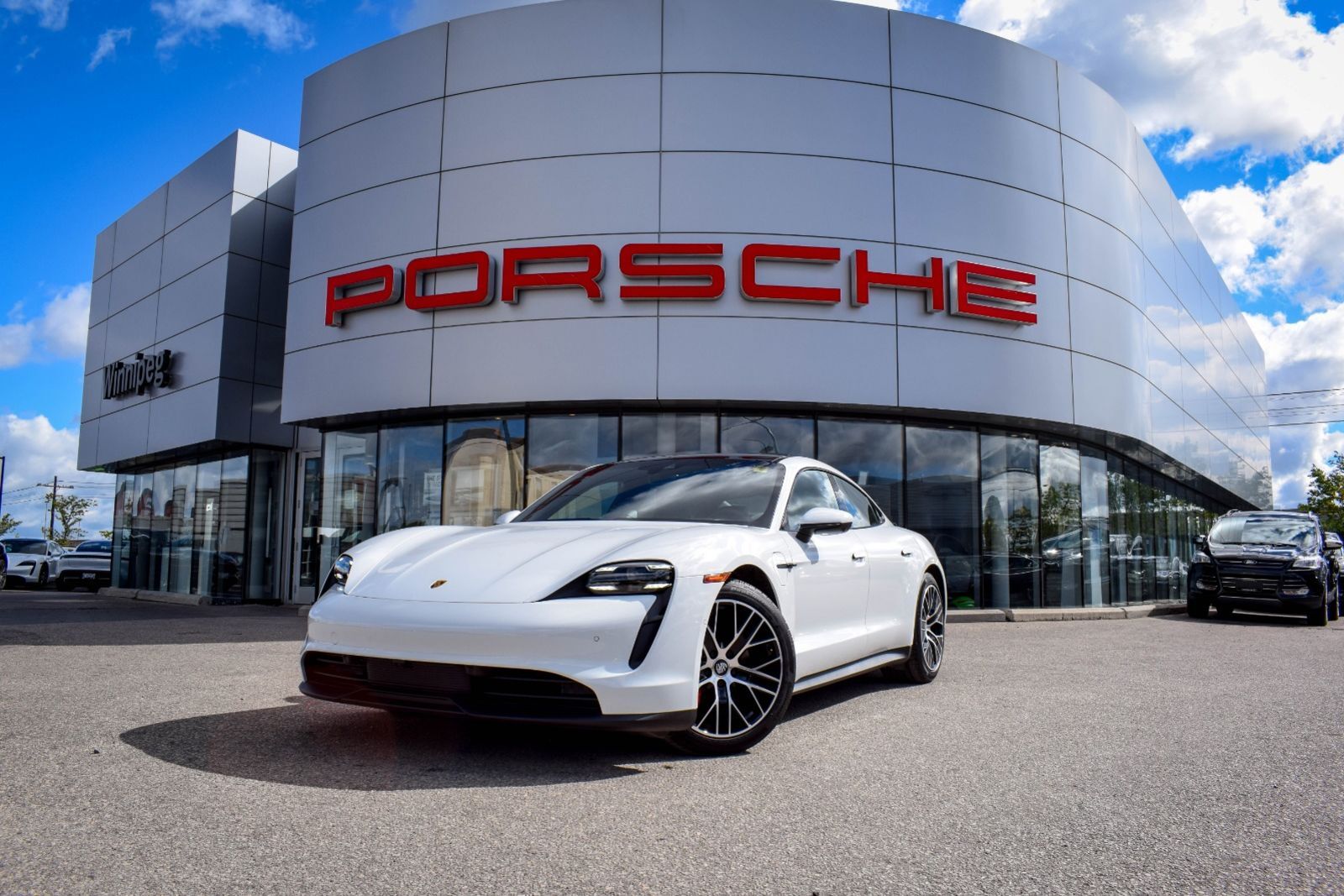 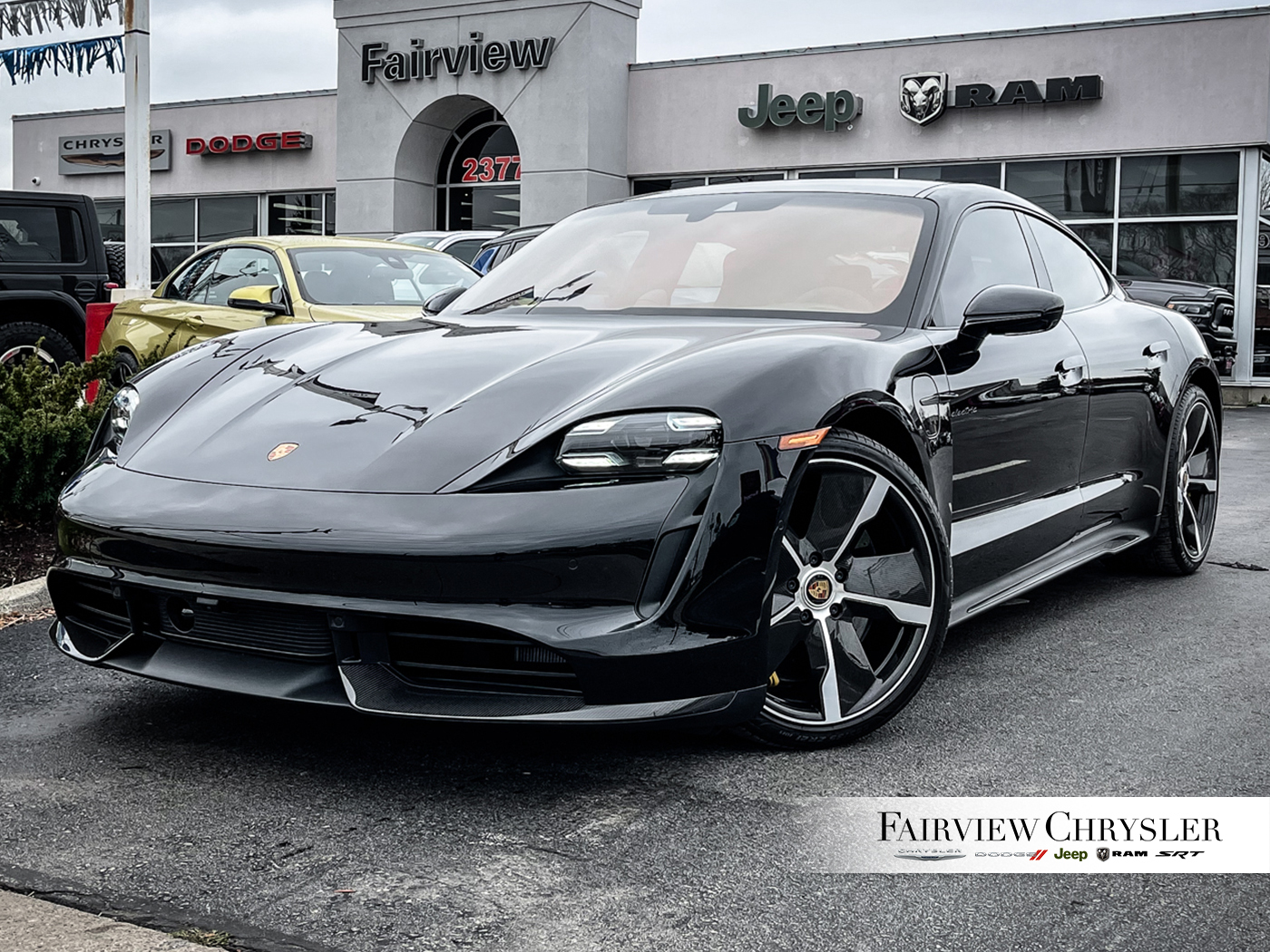 Pandemic is the Perfect Excuse to Finally Get on Track