The compact SUV segment is a competitive one and to keep up with the crowd, Volkswagen will be refreshing its popular Tiguan soon.

The updated 2022 Volkswagen Tiguan will be fully revealed this summer with its arrival in Canadian showrooms scheduled for summer 2021. Prior to its debut, VW shared some details on the upcoming crossover during a short digital media briefing on Thursday along with the above teaser sketch.

The 2022 Volkswagen Tiguan, which will continue to be offered with an optional third row, will get a totally new front end to modernize its look and give the SUV a sportier, more aggressive stance. In general, VW is aiming for the crossover to look “less horizontal” and will smooth out some of the defined lines. The refreshed Tiguan will get an updated full LED headlight and daytime running light design that will be available with cornering abilities.

The interior won’t see many changes this time around, but the updated Tiguan will get some more technology and a few new features. Besides a chunkier new steering wheel that houses controls for the heated driver’s seat, multi-coloured ambient lighting will be available along with Wi-Fi capability, which unlocks the potential for better connectivity, over-the-air updates, and more-effective voice recognition. The Tiguan will also get VW’s latest infotainment system and most up-to-date version of its driver assistance system and safety technologies.

Although the 2.0-litre turbocharged four-cylinder engine and eight-speed automatic transmission powertrain combination will be carried over, VW will be offering a plug-in hybrid version for the European market with an electric-only driving range of more than 50 kilometres. VW executives said it’s not likely that this version will make its way over to Canadian showrooms with the refreshed model, but with the Toyota RAV4 Prime arriving soon, it appears there is some appetite for PHEV crossovers.

VW did say, however, that it is considering other variants for our market, which could include a conventional hybrid or even a higher-performance Tiguan R. A Tiguan R-Line with sportier elements was also confirmed.

Next year, Volkswagen will unveil a smaller SUV to slot beneath the Tiguan, but admitted that North Americans need more space than their European counterparts, so the crossover we get might be slightly bigger than other offerings like the Hyundai Venue, Nissan Kicks, and Honda HR-V. Volkswagen’s first electric crossover, the ID. 4, will also be unveiled next year, so the German automaker continues to make progress on bolstering its SUV lineup. 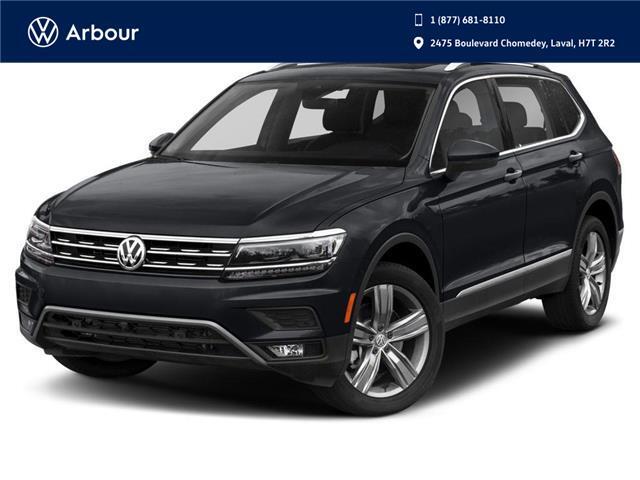