Canadians have a lot to be anxious about during the winter months. Not only do we have to worry about chapped lips, dry skin, and whether our fur-lined parkas are going to get us into fistfights with aggressive animal rights activists – not to mention potential slips and falls on ice and the very real implications of seasonal affective disorder – but winter driving also brings its own distinct set of stressors.

Between the Ford Mustang on bald summer tires trying to get up a snowy hill, that crossover driver who didn’t clear the snow off their windows, and that Subaru driver that’s acting like there’s a trophy at stake during the treacherous drive to work, winter driving can be an anxiety-inducing affair.

What an appropriate time, then, to test drive a 2020 Hyundai Kona Electric! Sarcasm, of course, is implied, because on top of all those aforementioned winter stresses, driving a full electric vehicle (EV) in the dead of winter might prompt a visit to the doctor for a Valium refill, but I lived to tell the tale without the assistance of heavy pharmaceuticals.

Many Canadians are on the fence about electric cars, citing winter performance as something that’s holding them back from taking the EV plunge. Although the cold does impact battery performance, living with an EV in the frosty weather should be the least of your wintertime worries.

Here’s what I learned after driving a Hyundai Kona Electric for two full months of winter in southwestern Ontario.

Our automotive experts recommend getting winter tires no matter what type of vehicle you drive – even if it's equipped with all-wheel drive – but they are especially important for EVs.

The Hyundai Kona Electric has 290 lb-ft of torque, all of which is instantly available at the press of the accelerator pedal. There’s no waiting for output to build and no delay whatsoever in how quickly a stab at the accelerator results in the electrified Kona rocketing forward.

With such an abundance of torque available, it doesn’t take much for the Kona’s front wheels to spin so fast they lose grip even on a dry road, a problem that’s exacerbated in cold, snowy, or wet conditions. Having the right tires will help you stick to the road (while accelerating and while slowing down), and the better a vehicle can stick to the road, the safer it is for everyone.

It’s well known that cold weather negatively affects battery performance. You have likely noticed that your phone doesn’t last as long as normal if you’re outside on a frigid day, and yes, this will affect an EV’s range as well.

The good news is that it’s not as bad as you might think. I left the Kona Electric parked outside during a deep freeze for three days without driving it, and when I returned to retrieve it, it had  lost only 10 km of range. As the Kona has 415 km of advertised range on a full charge and I had about 175 km remaining, this wasn’t at all a big deal.

I was never afraid of being stranded by a bricked EV after days of leaving it parked outside in the cold. If this does concern you, charge it before you leave it parked, but it really shouldn’t be an issue unless you’re already running extremely low. If you park indoors or underground, the risk is even lower.

If you’re able to pre-warm your battery prior to leaving, it should help keep a few extra kilometres on the clock if you’re really paranoid about range. Batteries perform more efficiently when they’ve been warmed up, and most EVs allow you to schedule charging so that it’s completed and the battery is primed by the time you leave for work in the morning.

But in case you think cold-weather performance problems are unique to EVs, the winter also reduces the range for internal combustion cars, too. Like gas-powered cars, EV ratings are based on ideal conditions: a mild and dry day, no extra weight in the car, and a driver with a gentle right foot. Any driving outside these ideal conditions will result in reduced efficiency for EVs and conventional gas-powered vehicles alike.

3. Just Use the Heat

In a gas-powered car, the heat generated by all the fuel being combusted in the engine is rerouted to warm up the cabin. In an EV, there’s hardly any heat coming from its electrical system, so heat has to be generated from scratch. This, of course, requires battery power, which impacts range. So while sitting in the cold doesn’t affect the range drastically, using the heat definitely will.

If I turned on the climate control (heat or air conditioning) in the Kona Electric, anywhere from 20 to 50 km of range would disappear, depending on temperature and fan speed. If I didn’t run the heat and defogger, however, the windows would get foggy way faster than they would in a gas-powered vehicle. Foggy windows are a safety issue because they impede outward visibility, so there’s really no winning here; you either run the heat and lose some range, or sacrifice seeing out of the car, which isn’t really an option.

In the beginning of my time with the Kona Electric, as long as the windows weren’t foggy, I would refuse to drive with the heat on, spooked when all that range disappeared. Shivering in the driver's seat with hundreds of kilometres of range showing on the clock, I quickly realized how ridiculous this was. The suffering just wasn’t worth it when I considered how much range I still had and how close affordable charging was. After a week of teeth chattering, the luxury of not freezing was way more important to me than saving a few kilometres of range. Chargers are always close by and more are popping up all the time.

Luckily, using the Kona Electric’s heated steering wheel and heated seats didn’t impact the range, so I always had those permanently on full blast.

The Hyundai Kona Electric has 415 km of advertised range on a full charge. During my long-term winter test, I was never able to get it to a full 100 per cent charge (because ain’t nobody got time for that), but I once charged it up to 95 per cent, it showed 430 km of range – higher than the advertised range. At a hypothetical full 100 per cent, that means almost 450 km of range would have been possible with very calculated and gentle driving.

Bear in mind that it was freezing outside, so the conditions were far from perfect. It’s realistic to expect less range in the cold, but it won’t be a drastic drop. Like I mentioned earlier, the range drop generally comes from using the climate control system, not from it simply being cold outside.

In the winter, I’ll visit a gas station to fill up once I’ve burned through two-thirds of a tank. Similarly, with an EV, I’ll start looking for a fast charger when I’m down to about 30 per cent range. Even when taken on a nearly 270-km round trip of mostly highway driving during a deep freeze and a snowstorm with the heat blasting, I was never nervous about not being able to get home. These conditions aren’t great for EVs – highway driving eats up more range because you’re not able to use the regenerative braking as much, higher speeds and passing require the battery to operate in a less efficient manner, you’re not stopping at red lights which basically uses zero energy, and there’s more drag and resistance, which forces the battery to work harder.

During longer trips, I did plug it in here and there to get a couple kilometres of extra range, but it was never anything substantial that required detours. In preparing for the worst-case scenario, I mapped out at least a dozen fast chargers on my route home, so getting stranded was never something that crossed my mind.

5. What About Charging in the Cold?

If you’re like me and don’t have a charger at work or at home, you’ll need to rely on public station to get your fill. Perhaps the only concession about this situation is that you’ll need to carve out time in your busy schedule for charging. I prefer Level 3 fast charging and used it almost exclusively during my two months of testing. Level 2 is fine if you have a few hours to spare, but I prefer charging in one shot versus little top ups here and there. In the Kona Electric, an hour of Level 3 fast charging was enough to get me 300 km of range. It's important to note that not all Level 3 chargers are created equal, however. Plugged into a different Level 3 unit for 45 minutes only returned 145 km of range.

I would typically wait in the vehicle with a book while it charged, but on days where it was freezing outside, it wasn’t comfortable enough to post up for an hour without somewhere warm to retreat to. My favourite free Level 3 charger was a 15-minute drive from home, but the rules said cars had to be accompanied at all times and there was nothing good in walking distance anyway.

On days where it was too cold to wait in the car, I opted to visit a Volkswagen dealership that had affordable Level 3 fast charging. After plugging in, I walked inside the dealership and asked what the protocol was for people using the chargers. Was I able to hang out inside the toasty dealership and maybe even use the Wi-Fi to work on my laptop? The answer was, “Of course!” The receptionist even told me to take advantage of the free coffee and hot chocolate – just what I needed to warm up.

The Kona Electric can be turned on while it charges and you can use the climate control and heated seats, but charging takes longer if it's running – and thus discharging energy at the same time – so I always opted to keep the ignition switched off while plugged in.

Electric vehicles aren’t for everyone, but the fears many Canadians have about EVs in the winter are easy to mitigate, so it shouldn’t be a source of stress for drivers out there. Driving an EV in the winter really didn’t require any change to my lifestyle other than carving out time every couple weeks for charging. With the Hyundai Kona Electric’s generous 415 km of estimated range, I never found myself anxious about getting stranded with zero range left and could comfortably complete longer trips in the freezing cold without getting nervous.

Canadians have many things to stress about in the winter, and driving an EV doesn’t need to be one of them. It’s much easier than I heard it would be, and EV life was actually oddly relaxing. 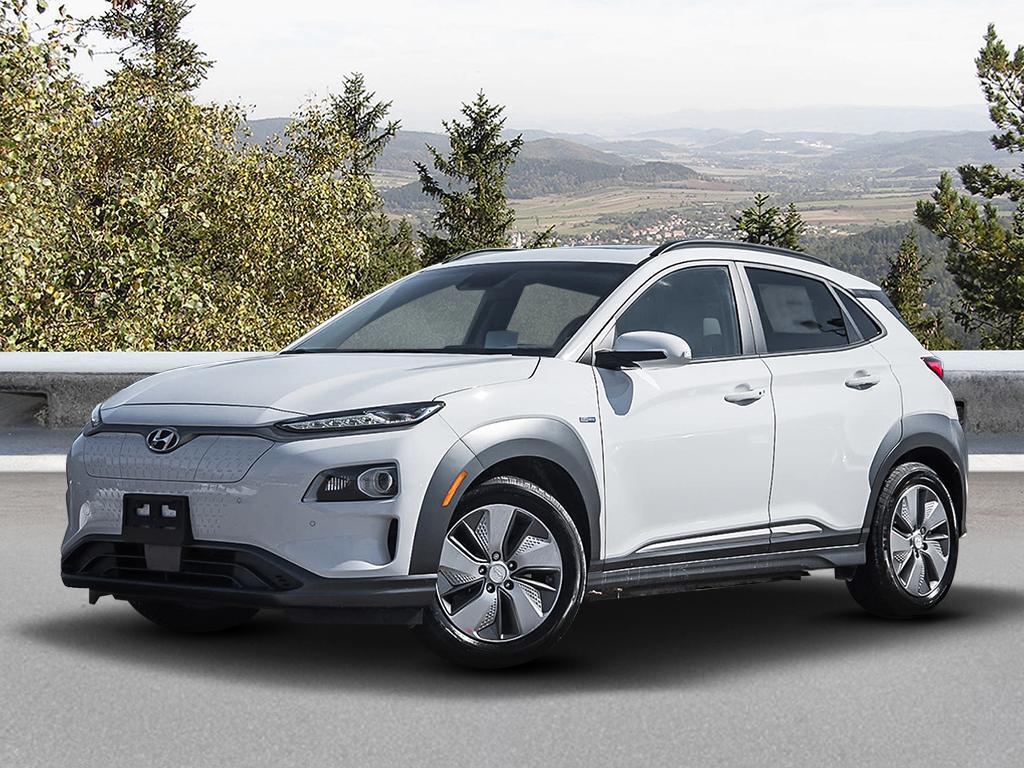 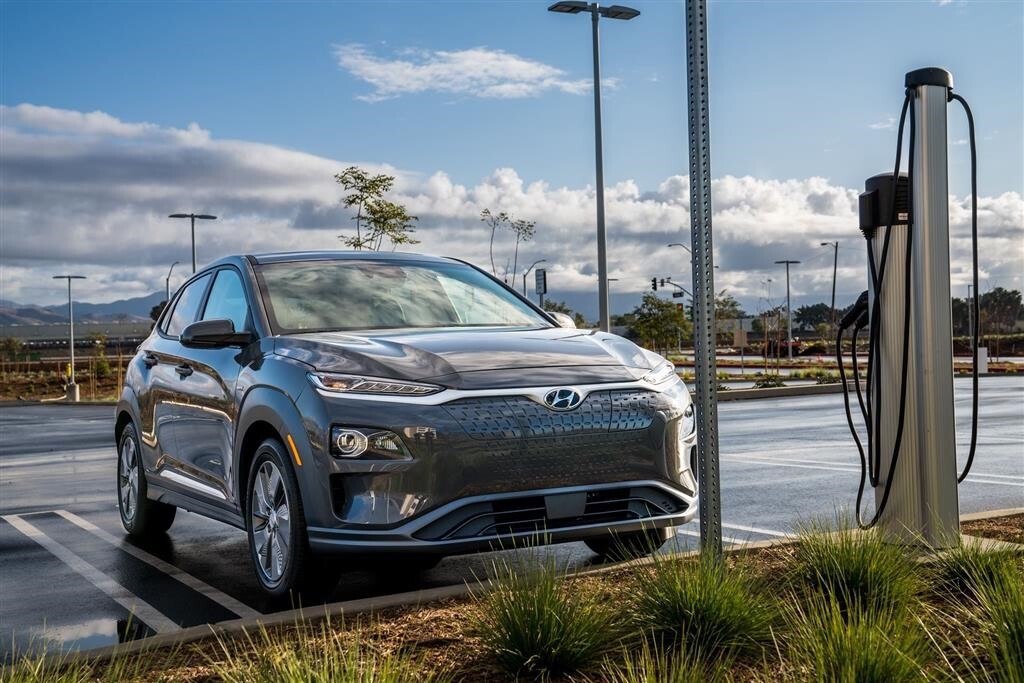 EV Sales Down 54 Percent In Ontario Compared To Last Year

Cruising into Motor City, Without a Motor