Earlier this week, General Motors announced that it was the end of of the line for its Australian arm, Holden. Holden was a brand that built and sold cars that were uniquely suited to the country's landscape, people, and needs, but was no longer making enough money for GM. While there are no Holden vehicles on sale right now on autoTRADER.ca, mostly because they're right-hand drive and nobody imports cars from Down Under, we've found the next best thing. The Holden with an arrowhead in the grille. A 2009 Pontiac G8 GT is the autoTRADER.ca Find of the Week.

The Commodore was Holden's full-size sedan, first introduced back in 1978. Though it was a big one, it was actually downsized on the outside from the Kingswood that had come before it. Australia wasn't immune to the late 1970s fuel fears any more than North America was. That car was supposed to be based on an Opel, the Rekord, but Holden soon discovered that Australia's roads would break the car in half. So they made changes to make it more appropriate, and buyers loved it.

Thirty years later, GM had just about entirely left rear-drive sedans alone. Opel, especially, was now front-drive only, so when it was time for the fourth-generation of Holden Commodore, there wasn't a platform to borrow. Holden, instead, designed the car entirely at home. It used a more sophisticated suspension for better handling, got a new six-speed automatic, and showed a drastic change to the car's styling. But in order to make it work, Holden and GM needed to sell the cars in other markets.

So the Commodore became the Chevrolet Lumina in the Middle East and the Omega in Brazil. In North America, Chevrolet already had a full-sizer in the front-drive Impala, and this one wouldn't quite work as a Cadillac either. So in 2008, the Holden Commodore arrived here as the Pontiac G8.

It wasn't the first time for a Holden to be sold on this side of the ocean as a Pontiac. The GTO Coupe was based on a version of the third-gen Commodore, actually the same platform as the Cadillac Catera. While never sold in Canada, that last GTO wasn't met with much success in the U.S. either. It lasted just a couple of years.

The rear-drive G8 arrived at dealers with three engine choices: A 256-hp 3.6L V6 or the 361-hp 6.0L V8 are the common ones, but there was also a GXP that came with 415 hp from 6.2L. That one also got a manual gearbox, but finding one is nearly impossible and it's said only four GXPs were ever sold in Canada.

The G8 arrived just in time for 2008's economic crisis, and if the crash in sales wasn't enough, GM's bankruptcy ended the Pontiac brand entirely. The rumoured station wagon and 'Ute versions that then-GM Chair Bob Lutz was championing disappeared. The G8 was made for just two model years, and even though dealers were offering them for economy car pricing, the oddball GM from Australia (just look at that Blaupunkt stereo) didn't stand a chance. Total Canadian sales never topped the 3,000 mark.

Which was a shame, because this was the kind of sedan that helped make GM what it was in the first place. Big, powerful, comfortable, with styling that's a bit on the bland side now, but was sharp and fresh in 2009. With the low sales figures, it's likely that this one will turn into a collector car, too, especially since most of them were just used as sedans and not stowed away for later.

This GT is for sale in Bible Hill, NS, about an hour north of Halifax. It's finished in the available deep red, and has just over 156,000 km on the odometer. If you're looking for a big rear-drive performance sedan with a V8 that slides under the radar of just about everyone, then this Pontiac G8 might be exactly what you're looking for. 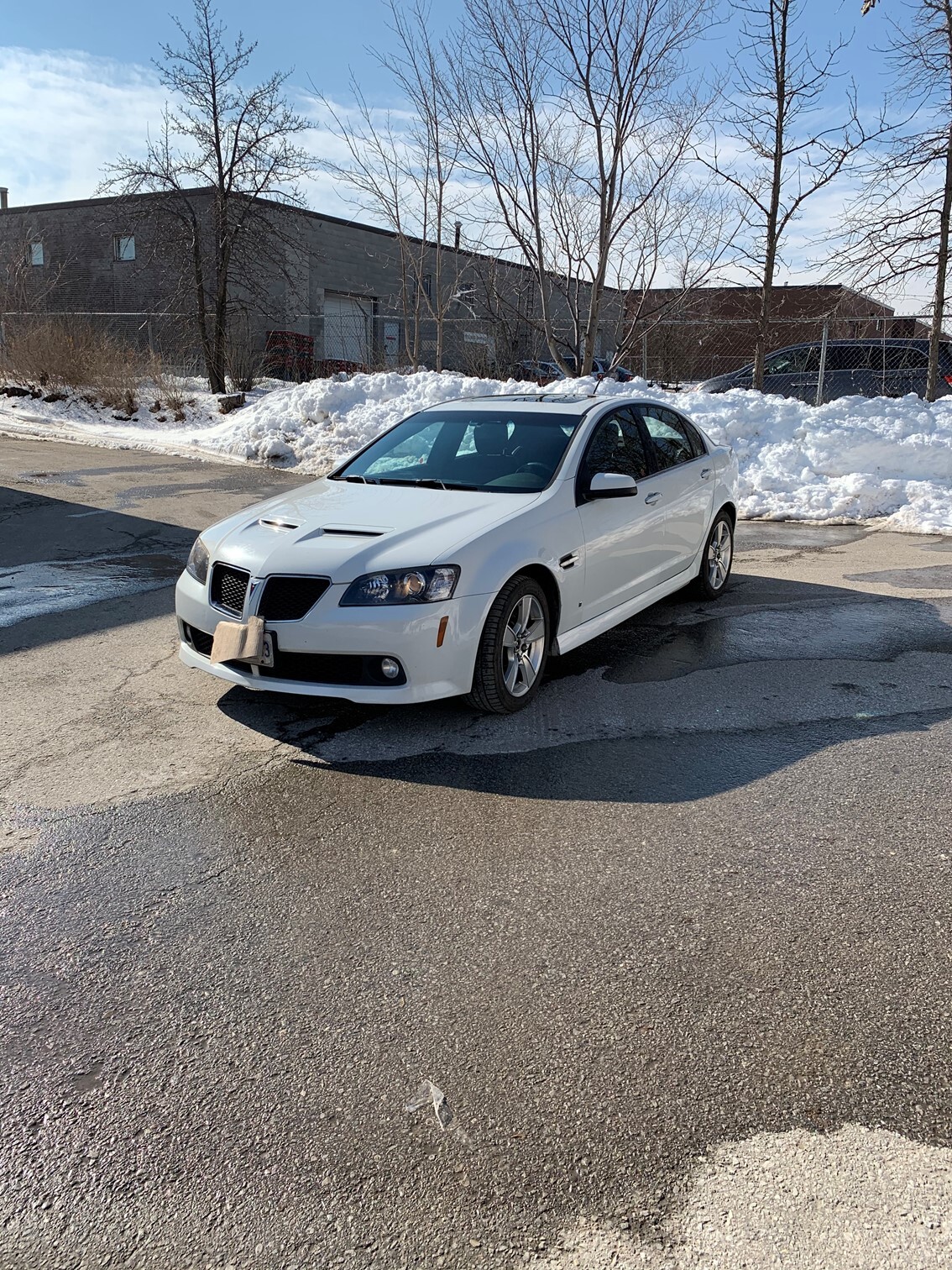 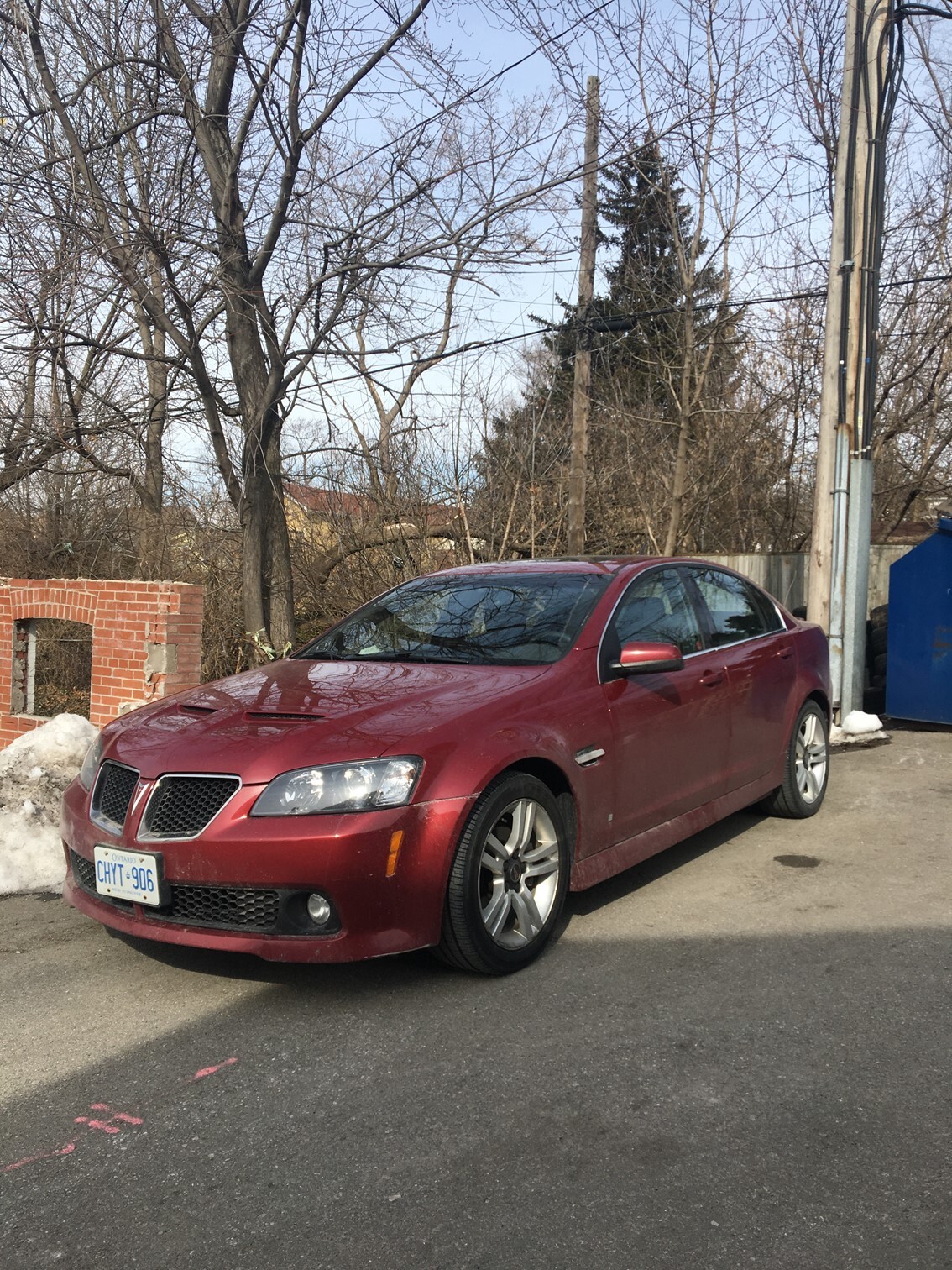