During my formative years as a driver, a fresh blanket of snow covering a vacant parking lot was an open invitation to cut loose and create doughnuts, rooster tails, and long, lurid sideways slides before inevitably spinning out harmlessly.

For most young Canadians with even an ounce of motoring enthusiasm it’s one of the fun parts of enduring a Canadian winter that can help offset Seasonal Affective Disorder. At least until a security guard comes along and shoos us away, anyway.

Rather than promoting civil disobedience, might I suggest you sign up for a program like Subaru’s Winter Experience? It’s got all the fun of the empty parking lot (and then some!), plus it’s actually a valuable learning exercise that can make us all better drivers. Experiencing terminal oversteer – or understeer – and plowing into a soft snowbank with some professional guidance and supervision sure beats getting lost in the ditch on your own.

For me, the opportunity to drive a couple of Subaru Canada’s performance models – the BRZ and WRX STI – was a no-brainer, but also a little bittersweet. I’ve owned a few current-generation Subarus in recent years, and I miss my 2017 STI dearly. It’s the one sports car that looks as good covered in mud or snow as it does freshly polished, and no other car I’ve driven relishes being flogged mercilessly as much as Subaru’s repli-rally machine.

Most of the premium-brand car makers have their own winter driving events available now. They generally require participants to get themselves to a small airport somewhere in a remote northern locale, and the usually costly admission fee gets you a room in a posh boutique hotel with meals prepared by some semi-famous chef.

Subaru’s event isn’t that much different, situated a short flight away from Minneapolis in Wisconsin’s woodsy region that looks and feels a lot like northern Quebec. The historic Chanticleer Inn on the Eagle River provides cozy accommodations conveniently situated next to a big, snowy Subaru playground, but it’s rather more rustic than the fancy-brand events, and Subaru prices the event much lower than the fancy-pants one from the European companies. However, the food, prepared by Swedish chef Daniel Sparrfeldt, was a welcome spin on hearty comfort food; perfect after a long day in the frigid weather.

But it’s the driving that is really special here. Subaru has built a name for itself over the past few decades by focussing on fine-tuning one of the industry’s best all-wheel drive systems, and a low-traction surface like a frozen lake really showcases the cars’ capabilities at the limit.

In order to exploit Subaru’s all-weather proficiencies, the driving instruction is overseen by Subaru USA team rally driver, Patrik Sandell. His team of instructors are from the Washington-based rally driving school, DirtFish, that has turned out a surprising number of competitive rally racers in recent years.

We were divided into two groups and began the day with some fairly rudimentary exercises to help give the instructors a sense of just how much help our motley group of students would need.

As the day progressed, so too did the complexity of the exercises and the speeds at which we drove, culminating in being turned loose to drive the “Rally Circuit” that had been carved through the snowy lake surface.

An outlier in Subaru’s lineup is the BRZ sports car – a two-door coupe that sports rear-wheel drive instead of the brand’s trademark symmetrical all-wheel drive system. A low-slung, traction-limited sports car doesn’t sound like an ideal choice for winter driving, until you actually try it. The BRZ’s light weight, low centre of gravity, and very quick steering make it an instrument of impressive precision out on the frozen surface. With both stick-shifts and rear-wheel drive being rare these days, steering the smallest Subaru mostly with the throttle instead of steering wheel inputs was a giggle-inducing treat. With a delicate touch and a modicum of throttle restraint, the little BRZ deftly slides around the ice like a figure skater.

The WRX STI, now bumped up to 310 horsepower, is significantly more powerful than the BRZ, and required a completely different approach to navigating the slick course. Just as I recalled from owning one, the STI responds better to more deliberate (read: ham-fisted) inputs than the BRZ. In fact, it took a few laps of the course before I realized I was being too polite with the STI, and once I ramped up the speed, the pseudo-rally car happily responded, stitching together the lessons we had been taught into wildly fun drifts through the corners, using its awesome all-wheel grip to launch it forward once the path straightened up.

The cars used for the event were all completely stock machines save for the specially chosen rubber. Brought in from Sweden, Lappi Winter Tyres were mounted to lightweight Method race wheels, and fitted with 400 three-millimetre studs per tire. By comparison, in markets that allow them, a typical road-worthy winter tire typically has 250 studs, so the amount of grip from this set up is noteworthy.

Considering how difficult it was to even walk on the slick ice, it’s a miracle the cars could get any traction at all, let alone enough to accelerate as quickly as they did. That said, the BRZ was at an obvious traction disadvantage compared to the all-wheel-drive WRX and WRX STI, especially pulling away from a standstill, but that only made it more fun to throttle steer.

I’ve been fortunate to have enjoyed several different advanced driver training programs on race tracks, and in the snow in recent years. Subaru’s Winter Driving Experience rates among the very best I have tried for a few reasons. First off, the instructors were an affable bunch, and despite their considerable talents (many are active rally racers), they never came across as intimidating and seemed to truly enjoy working with us students.

Secondly, we were afforded a lot of active driving time, particularly in the afternoon when we were given ample opportunity to apply what we had been taught, lap-after-lap on the frozen road course.

Lastly, Subaru has been selling their capable cars to snowbelt residents for decades for very good reason, and the sporty cars felt like happy puppies scampering around in the snow. It’s not just clever marketing when Subaru’s ads show their cars and SUVs barrelling through snowy landscapes; these are very capable machines.

The net result became clear at the end of the day when rally star Sandell and the instructors took us on hot laps around the same course in the same cars we had been driving, and it was easy to see how they were actively applying the lessons we had learned. Naturally the pros were smoother and faster than the students, but not by as much as I’ve seen at other events – a credit to how much we had all learned. Plus, it was gratifying to have drifted the STI entirely around the same carousel corner as the instructors had done.

At the time of writing, all the one-day and two-day programs had already sold out for 2020, with a limited number of advanced two-day and advanced three-day spots remaining. Prices range from $1,295 to $3,995, all figures in US dollars. 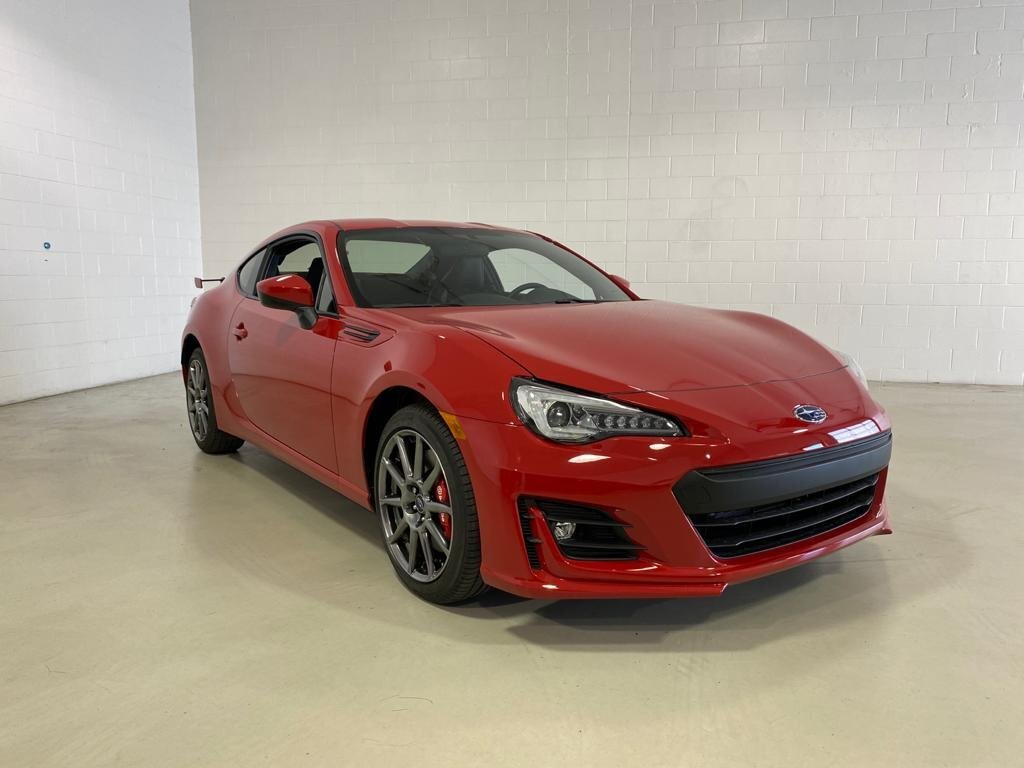 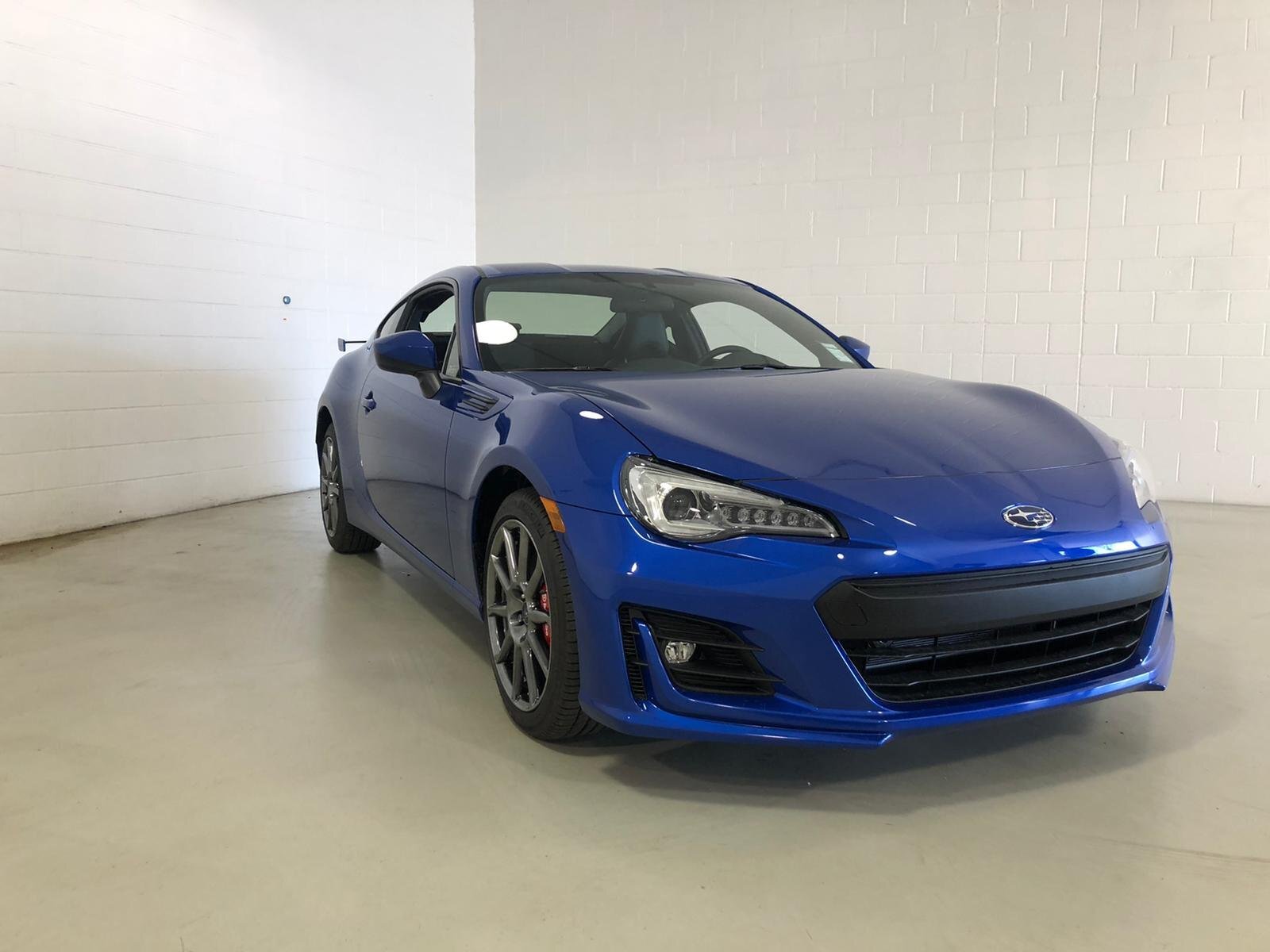