The Ford F-150 isn’t just the best-selling truck in Canada, it’s also the best-selling vehicle. Period. That means if you’re a Ford truck fan, it would seem like all but a sure thing to put in your driveway.

But is it? Last year, Ford brought back the Ranger name on a new midsize model, which primarily competes against other downsized trucks like the Chevy Colorado and Toyota Tacoma. Many truck fans tend to buy bigger than they actually require, and while it’s fine to go for full-size strictly because that’s what you want, there’s much to be said for choosing a truck that gets the job done but with a city-sized footprint and the potential for better fuel economy.

We looked at the specs and then drove them both, resulting in some interesting – though not totally unexpected – outcomes.

Both the F-150 and Ranger come in the choice of two configurations. First, there’s the cab-and-a-half, with rear-hinged back doors that can only be opened or closed when the front doors are open. Then there’s the crew cab, which boasts four conventionally hinged doors, including larger rear doors compared to those offered on the so-called SuperCab models.

The Ranger doesn’t come in a two-door configuration, though the F-150 does, with 6'5" or 8' boxes offered. But it’s also the least-popular configuration among all trucks these days – Ram has yet to even add one to its latest-generation 1500 – and for most buyers, the omission from the Ranger stable probably won’t have much effect on how it measures up overall.

The F-150 offers a choice of two- or four-wheel drive, while the Ranger is sold strictly as a 4x4 in Canada.

No one can accuse Ford of shortchanging the F-150 on engine choices: There are six in total, including the diesel powerplant in our tester.

The Ranger only comes with one engine: A 2.3L turbocharged four-cylinder making 270 hp and 310 lb-ft of torque, with auto-stop/start that shuts off the engine at idle for fuel and emissions savings (but which can be temporarily disabled if you prefer). It comes mated to a ten-speed automatic transmission.

That Ranger engine is officially rated at 10.9 L/100 km in combined driving (and like all of the F-150’s gasoline engines, runs on regular-grade, 87 octane fuel). In comparison, gas-powered F-150 models with four-wheel drive range from a low of 11.6 L/100 km to a high of 13.3 L/100 km. Unfortunately, there’s a limit to what can be downsized, and even a significantly smaller truck doesn’t cut the fuel figures by an equivalent percentage.

Towing and hauling are the main numbers by which trucks are measured, but they’re not an exact science. The big numbers you hear advertised sound impressive, but they might not apply to the model you’re considering.

One of the factors that determines capacity is gross combined weight rating (GCWR), which is the total weight of the truck, the trailer, and everything that’s packed into both, including passengers. If two trucks have the same GCWR, but one’s heavier because of its configuration or options, the trailer weight it can tow has to be correspondingly lighter than the other.

Because of this, quite often you’ll find that the highest tow ratings are for regular-cab trucks with two-wheel drive, because they weigh the least.

The Ranger comes with only one engine and limited configurations, and so the numbers are simple: Its maximum payload ranges from 1,560 lb to 1,860 lb, depending on how it’s specced.

With the F-150, between its generous configuration, wheelbase, engine, and drivetrain choices, not to mention the different gross vehicle weight ratings (GVWRs) that come along with them, there are 58 possible pickups you could end up with. Payload ranges from 1,520 lb to 2,610 lb, with a special Payload Package on certain models that pushes what can be carried inside to 3,230 lb.

But of those 58 combinations, 19 of them have a maximum payload capacity that’s less than that of the Ranger’s maximum of 1,860 lb. That means you may not need the F-150’s bulk to move your stuff around after all.

There’s no question that the F-150 offers a roomier cabin than the Ranger, although that more compact interior will make it easier for the short-of-stature driver to reach things like the glovebox.

Styling-wise, the two share the same basic dash design, with a centre screen flanked by vertical vents, an open storage cubby above it, and a chunky shift lever. The F-150 has a more sophisticated look – especially since our tester was the top-level Platinum trim – but the Ranger can still hold its own.

Both use buttons and dials that are fairly intuitive, but get smaller and fiddly on the higher trim levels, as our testers were, when more functions are added. The Ranger’s climate buttons are low on the centre stack and harder to reach, and the Lariat trim uses a toggle to adjust the temperature, as opposed to the F-150’s preferable spin-a-dial system.

Both use Ford’s SYNC system to power the infotainment system. It’s much improved over earlier versions, although it can still be slow to react when the glass is cold. And speaking of cold, unlike the F-150, the Ranger has yet to offer a heated steering wheel, even as an option, a surprising omission given its popularity with drivers.

If you want a diesel engine, you’ll have to opt for the F-150 (and, of course, pay the substantial premium for it), as the Ranger doesn’t offer one. At the moment, only GM puts diesel into a midsize truck, with the option offered in the Colorado and twin GMC Canyon.

Both of these trucks drive quite well, and the F-150 is surprisingly nimble for its size, with responsive steering and tight handling. The Ranger is equally obedient when you turn the wheel, and its tight turning circle makes it easy to spin it around in close quarters.

But while that bigger truck may drive like a much smaller vehicle, cramped parking garages and narrow driveways will quickly bring you back to reality. Depending on where you normally drive and park it, the Ranger’s smaller footprint can have a definite advantage, especially if it ticks most of the other boxes for capability and features. (And while it may sound like an urban legend for people to buy a full-size truck and then discover it won’t fit in the garage, that actually does happen.)

The cost of a smaller truck can be a sticking point for many buyers. Even though they might be half the size of a bigger one, they’re not half the price.

The deal here, if the Ranger works for you, is not to think about how much you’re “paying per pound.” Instead, you’re buying the truck that best gets the job done for your circumstances.

Coming to a Conclusion

The Ranger sells a tiny slice compared to the piece of the pie the F-150 commands in our market, and that isn’t likely to change anytime soon. They both have their pros and cons, but one isn’t necessarily better than the other – they’re just tuned to different needs. Before you automatically go big, we suggest objectively assessing how you use a truck, and see if downsizing is the way to go. 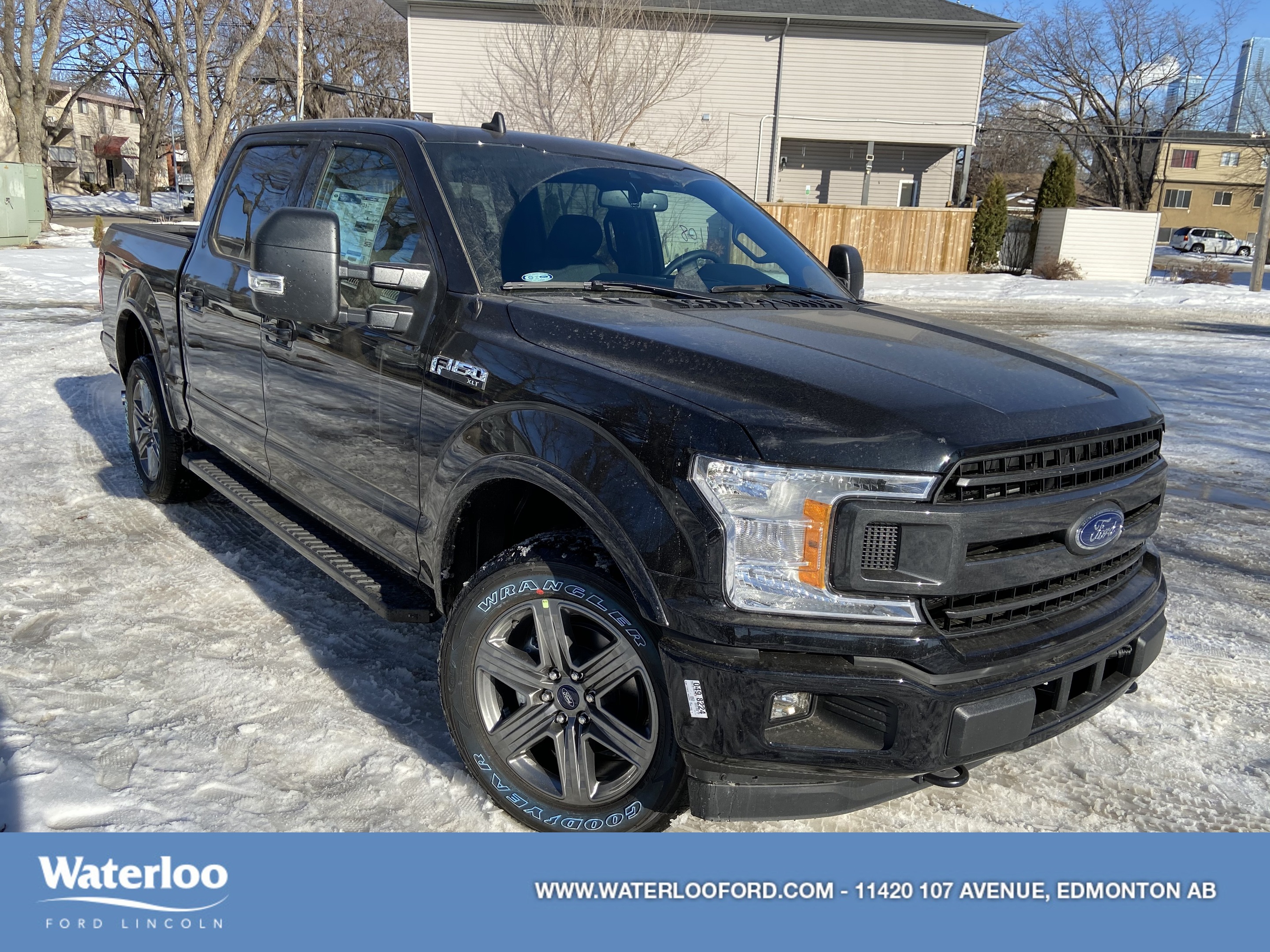 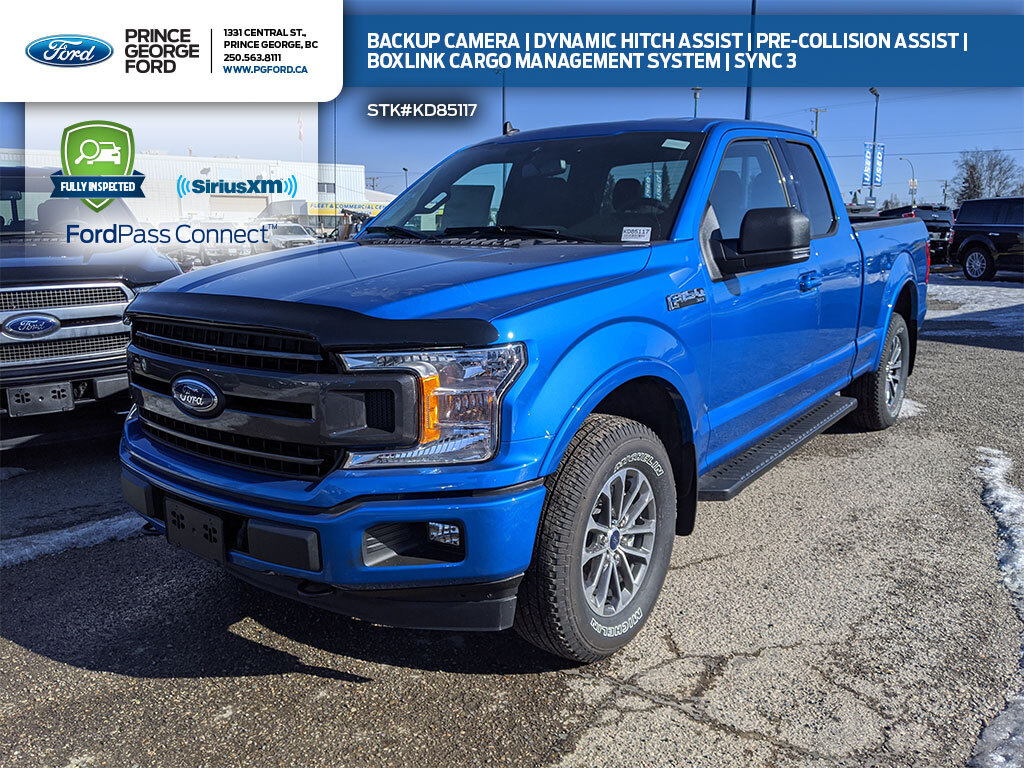