When the cloth dropped at the Montreal International Auto Show in January, Nissan’s big reveal for the Canadian market was… a jacked up Altima on gigantic tank tracks.

Nissan didn’t really expect anyone to buy this thing. But it was a pretty savvy way to draw attention to the fact that their Altima sedan is now available with all-wheel drive – and that they understand what Canadians want.

It wasn’t always so. Up until 2011, Canada was regarded by the Japanese-owned company as little more than the “51st state”, and no effort was made to cultivate a distinct marketing strategy apart from the neighbouring US. After former chairman Carlos Ghosn deemed flagging Canadian sales “unacceptable”, Nissan made a concerted effort to better understand our market – and figure out what Canadians really want.

We’re the fifth largest market, globally, for Nissan. And as Pierre Loing, vice president global product marketing, pointed out, it could be “beneficial to consider that there’s not one Canada, but at least two, with an Eastern part that’s a bit more European – with Quebec – and the Western part which is maybe a bit more Americanized.”

“There are products that Canada may need that wouldn’t necessarily sell in the US. The first one was Micra which didn’t make it to the US but the local team was adamant it would do well here. The other was Qashqai, a tremendous success in Europe, and North America – through Canada – requested the vehicle. The US then decided to take it as well, but changed the name to Rogue Sport and made it part of the Rogue family.”

Partnerships with technology startups – most notably with internet juggernaut Google – will prove valuable as Nissan moves forward with its own “Intelligent Mobility” vision, announced in 2016, which focuses on pursuing zero-emissions vehicles, and zero road fatalities though electrification and vehicle intelligence. Under the Intelligent Mobility umbrella are three pillars of innovation: Intelligent Driving, led by their autonomous “Piloted Drive” technology; Intelligent Power, focussing on more power and greater efficiency with a focus on electrification; and Intelligent Integration, which develops new links between vehicles and society.

“Intelligent Driving has to do with [the evolution of] Pro Pilot Assist, and today in Canada you have four vehicles available with it. The current one, which is ‘hands-on, eyes-on’ works very well, although here in Canada you have winter conditions [affecting road markings].

“Of course, we are not the first company to do this, but being a Japanese company with our attention to detail, we think we are one of, if not the smoothest – and it’s also extremely accurate. The accuracy will improve with high-definition maps coming in. We believe the combination of smoothness and accuracy makes it quicker for the customer to get more comfortable with it and trust the system.

“Intelligent Power is mainly due to electrification, like Leaf and Leaf Plus, and there are more and more electric vehicles coming,” said Loing. “I happened to have delivered the first Leaf, back in December 2010, to the Portuguese Prime Minister; and we have since sold 380,000. So we have some experience. There is some excitement, but they are different vehicles. There is a learning curve, on the product side, on the reliability, on the customer side, how people buy them.

“There is a powertrain system we use in Japan called ‘e-Power’ which is not full electric, it’s a hybrid – but the car is moved only by the electric motor. So when it comes to driving feeling, it’s very, very close to what you have with an electric car – very strong acceleration, very quiet, and using the single e-pedal (as in the Leaf). We started this back in 2016 in Versa Note in Japan. That car used to be between 10th and 15th, ranked on the Japanese market. Since [e-Power] launched, we do nearly 70 percent of the mix with e-Power and the car is now ranked number one in the biggest segment in that market – ahead of Toyota. In terms of Intelligent Mobility, we will expand the e-power system to other destinations. 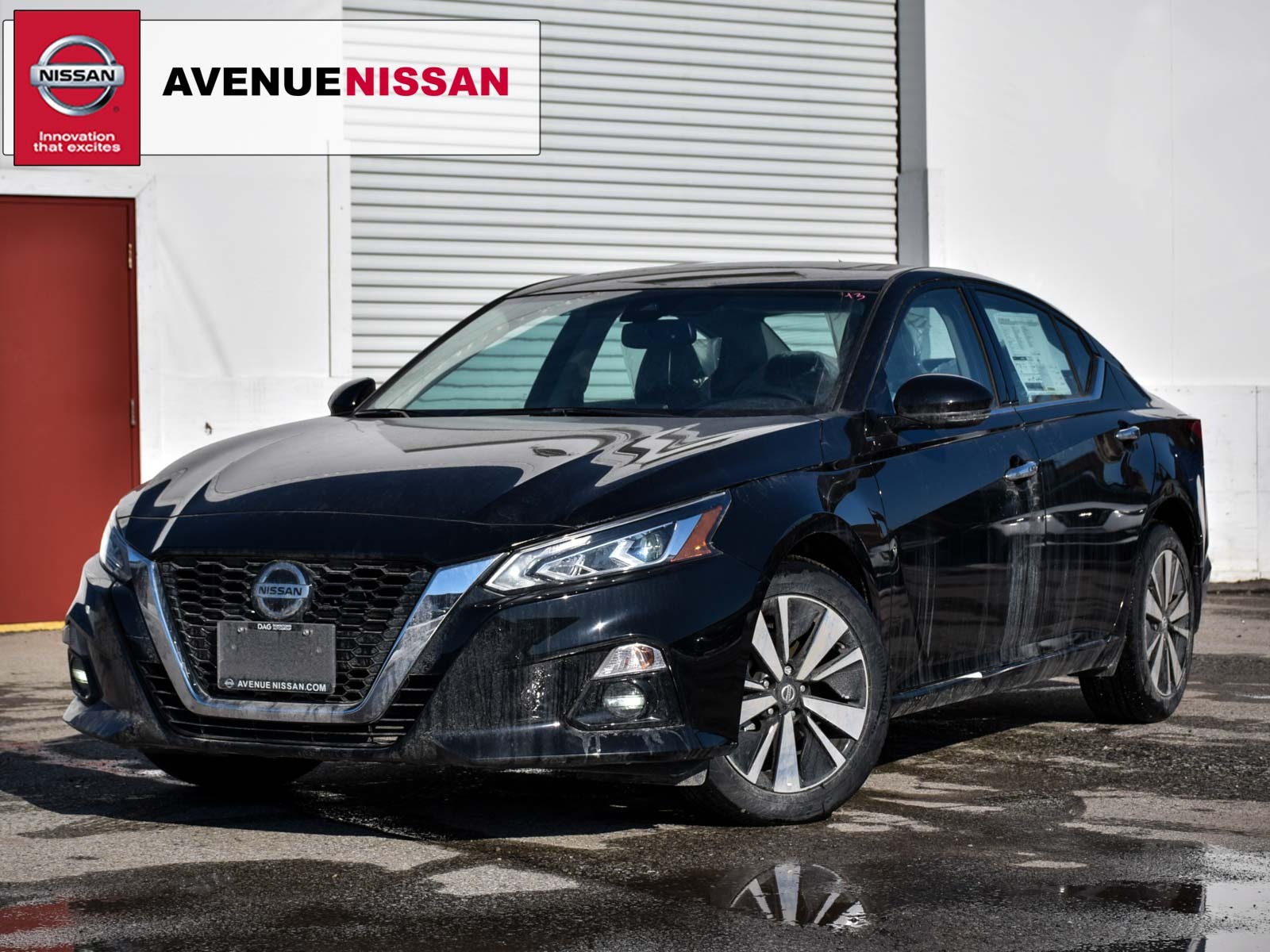 “Intelligent Connectivity, the third pillar which is coming now: yes, we are connecting our cars with a suite of systems that are either driving-related or leisure-related. Also, we have to improve the navigation experience. There will be a lot of applications that, frankly, we don’t yet know about today as this pillar is as much a technology development as imagination: ‘What can we use it for?’”

Loing went on to confirm that Nissan will indeed produce a very-limited-edition variant of the GT-R, developed in conjunction with Italdesign. Only 50 models of the 700-plus hp, hybridized GT-R50 will be built, and at over $1 million each, should prove a very exclusive halo model indeed.

Infiniti – Nissan’s luxury arm – is also forging onward with strategic partnerships, with the first North American branch of its “Infiniti Lab” program established in Toronto in 2017. The program provides six weeks of mentorship and support (through a $1 billion dollar fund established by Renault–Nissan–Mitsubishi) to eight chosen startups, a select few of whom may be chosen for a second round of mentorship in Hong Kong.

Such partnerships provide more than good ad copy. The industry is moving forward at such a rapid pace that the old product development cycle is unsustainable – processes that once took years are now reachable within weeks. The car has moved beyond the idea of simple mobility, to the almost limitless possibilities of the services now available within it. With their growth strategy focussed on electrification, autonomous driving, and connectivity, Nissan/Infiniti realized that allying with up-and-coming tech groups gave them access to such talent and capability.

“We’ve been running this program since 2017,” said Adam Paterson, managing director of Infiniti Canada. “The goal for us is twofold: one, is to harness the speed and the agility and the entrepreneurialism that startups have. Automotive is very well-established; and we have processes and timelines [that] are needed to ensure quality… but I think what we forget is just how fast some of these new organizations can move. So bringing that methodology is one aspect of the program, but the goal is not just the marketing aspect of it, but it’s ideally to work with them to bring something to market.

“Last year we had ‘Rover Parking’, a shared parking program that allows you to monetize your downtown parking spot, who won the Canadian Lab and went on to compete in the Global Lab program. So, with Rover, we’re trying to do two things with them: one, market on their platform, because to use their platform you’ve got to surrender some type of information – what type of vehicle you’re driving, where you’re parked, where you live – and they can share that information with us. But it will also allow us to provide a service to Infiniti customers that you can’t get with another manufacturer.

Another startup that’s done very well, not just with us, but globally, is Pantonium. They’re a Canadian startup with a background primarily in dynamic routing. What they have worked with in the past is non-emergency medical transfers – moving a patient from hospital to hospital. They had software that allowed the company to decide where [it’s most efficient] to send the vehicle. So when working with them, we thought ‘How can we try to develop that into something that we can bring to market?’ Working with us, they’ve been able to expand their business in Canada.

“Pantonium has just launched a pilot transit program in Belleville with buses that no longer operate on a defined route, but act more like a ride-hailing system, going specifically where the users are, instead hoping to pick up passengers on a fixed route. Infiniti will soon launch a ride-share program with Pantonium called ‘Infiniti Drive Program’ geared towards those who work in the downtown core who’d rather avoid the expense and inconvenience of parking spaces.”

Infiniti just picked up three design awards for QX Inspiration Concept, designed by Canadian Karim Habib, which debuted at the Detroit auto show. “Obviously, that’s our nod towards electrification,” said Paterson. “By 2021, all future Infinitis will come with some form of electrified variant. And by 2025, we expect that at least half of our global portfolio to be electric.”

“One of the things that we’re very excited about is what electrification means from a design perspective,” Paterson said, noting that they’re no longer constrained by accommodating a traditional motor with a long hood, but can now place greater emphasis on interior space. We can also expect to see further uses of the variable-compression turbocharged motor, which can be adapted to larger and smaller engine configurations, and paired up as a hybrid powertrain.

Paterson declined to confirm whether the new Q60 Project Black S would produce a separate new model line, or was merely a test-bed for new technology. “It’s a dual hybrid,” he said of the sinister 563 hp concept coupe boasting Formula One technology, “and it does match with our strategy of electrification going forward. So as far as being within the strategy of the brand, I can say it is something that definitely fits.”