Sure as the night is dark and that it rains in November in Vancouver, the latest Volkswagen Jetta is getting the hi-po GLI performance treatment.

The 2019 Jetta GLI, which made its debut at this year’s Chicago Show but held off some Canadian details until its Canadian debut at the Canadian International AutoShow in Toronto today, gets a tuned version of the 2.0L TSI turbo motor found in the standard Jetta, to the tune of 228 hp and 258 lb-ft of torque.

Available in a host of other VW/Audi/Skoda/Seat/So On products, that engine will feed power to the front wheels through either a six-speed manual or seven-speed dual-clutch automatic, on to an electronic limited-slip differential.

Styling-wise, new as it may be, VW has been sure to include the traditional red insert set against a black grille – in my humble opinion, it’s a big step up on the standard Jetta. The LED head- and taillights are standard, while the front and rear bumpers are also new, along with the unique 18-inch wheels.

Even thought the GLI already sits 15 mm lower than does the standard Jetta, the wheels help the GLI appear even lower. If that’s not enough for you, there’s also a rear diffuser and dual chrome exhaust tips.

Inside, black perforated leather seating with red stitching is standard, with diamond flag décor throughout. If you want your GLI to be even more special, there’s a 35th Anniversary Edition that provides unique floor mats and kickplates inside, and unique wheels, black mirror caps, black roof, black tail spoiler and “35th Anniversary” badging outside. 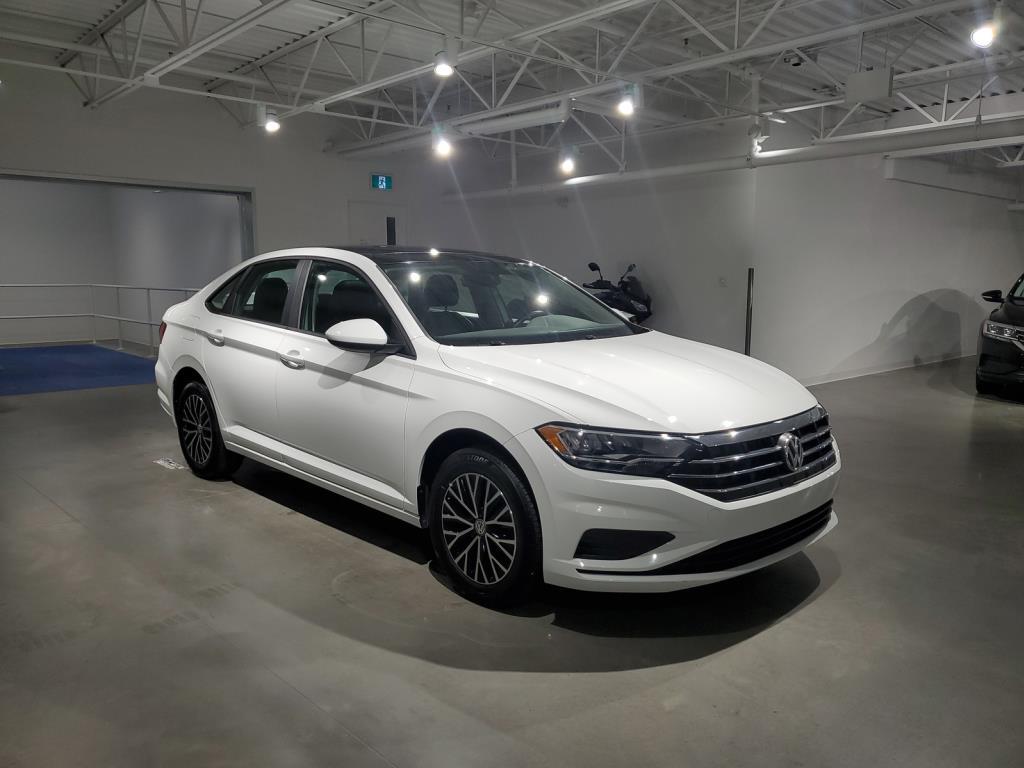 To help the GLI handle like the compact sport sedan it purports to be, the brakes have been lifted from the GTI and Golf R, with 13.4-inch vented front discs. Suspension duties are handled by adaptive dampers with struts at the front, and a multi-link set-up at the rear.