The 2.4L turbocharged four-cylinder engine introduced last year in the Ascent mid-size crossover will soon find itself in the Legacy. Subaru says it’s the first turbo motor in a Legacy since 2012. Standard in XT trims, It promises a performance boost over the naturally aspirated six-cylinder it replaces, with 260 hp and 277 lb-ft of torque, increases of 4 hp and 30 lb-ft.

Lesser Legacy models carry forward a 2.5L four-cylinder that gets a mild power bump to 182 hp and 176 lb-ft, up 7 hp and 2 lb-ft respectively. Both engines come matched with a continuously variable automatic transmission (CVT) and, of course, Subaru’s “symmetrical” AWD system.

Subaru says the new 11.6-inch touchscreen is a full HD display that contains controls for media, climate and other vehicle settings. There remain hard buttons for some basic controls, too.

The new display is standard in Premium, Sport and Limited trims. The new Touring variant adds a standard voice-activated navigation system that is optional in those lesser trims.

Subaru says base Legacy models also get a new infotainment system in a pair of 7.0-inch displays.

Subaru’s new DriverFocus distraction mitigation system trains a camera loaded with facial recognition software on the driver’s face to watch for signs of fatigue or distraction. If the system suspects either, it will flash a warning in the gauge cluster. Notably, it will also shame you into alertness by displaying the same warning in the infotainment screen.

Subaru says its EyeSight active safety suite is now standard in all Legacy trims, and it gains a new lane centering function to help keep the car in its lane when the adaptive cruise control system is active.

The new range-topping Touring trim is where Subaru puts items like ventilated front seats, Nappa leather upholstery (which it claims are both Legacy firsts) along with a heated steering wheel. Touring trim can also be optioned with a 12-speaker stereo with compressed audio restoration.

Subaru says the new Legacy boasts the usual redesign benefits, like more interior space and a cabin that’s quieter at highway speeds. We suggest taking all of the above feature availability details with a grain of salt, as the information comes from Subaru of America. We’ll detail Canadian feature availability as info becomes available.

We expect the 2020 Subaru Legacy will arrive in Canada this fall to coincide with the company’s U.S. plans. 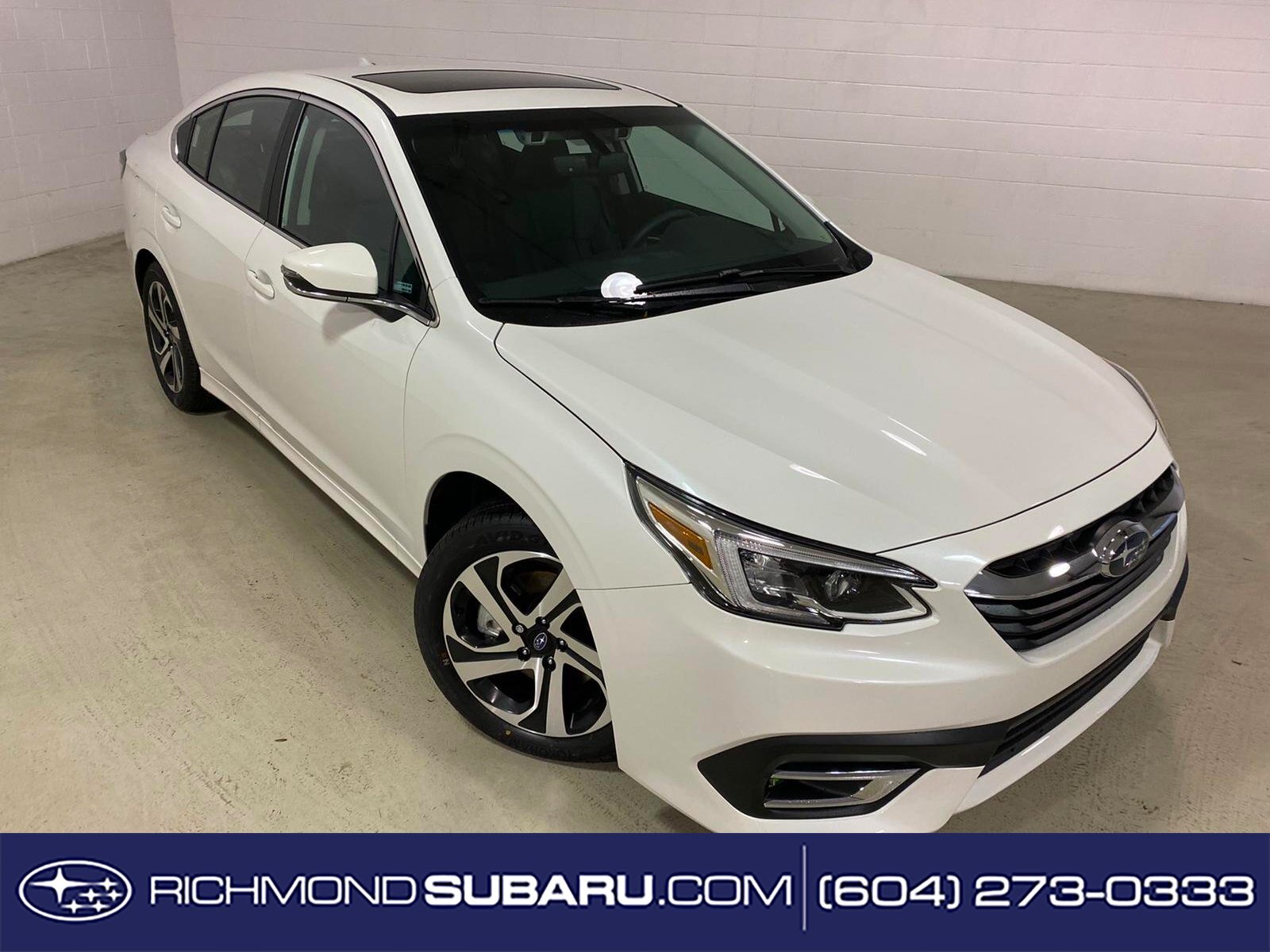