Crashing a 2019 Subaru Ascent at IIHS The 2019 Subaru Ascent SUV, sitting alone on the vast concrete floor, is marked. Running across its sides and over the hood are rows of one-inch squares – alternating black and yellow. The two occupants are $165,000 SID-II side-impact crash test dummies. They are marked too, sporting black and yellow three-inch circles on their heads. Yeah, they’ve been through this countless times, sitting there all nonchalant, wired up and buckled in. Just another day at the office. But the Ascent has no idea what kind of hurt is about to befall it. The flood lights come on, the high-speed cameras roll, and within seconds a 1,500 kg “sled” hurtles towards the Ascent’s left flank at 50 km/h.

I’m here at the Insurance Institute of Highway Safety (IIHS) in rural Virginia to witness the fourth crash test of Subaru’s new midsize three-row hauler. The Ascent has already undergone the roof test, moderate overlap frontal (40 percent), and small overlap frontal (10 percent). This side-impact event will round out the crossover’s testing, and when the results are released in about a month from now, Subaru expects the Ascent to get the Top Safety Pick Plus rating. Considering all its other vehicles are star performers, there’s no reason to doubt the Ascent’s, er… ascent to the top of the charts. The Insurance Institute of Highway Safety, funded by the US auto insurance industry, is independent of any automaker and has been in operation since 1959. The fundamental thrust of the non-profit organization is to improve vehicle safety through research, testing, awareness, and the promotion of new technologies. To say the IIHS has had an impact on the acceleration of motor-vehicle passenger protection is a major understatement.

And things are only getting better for us – the humanoids who zip across the earth’s surface in these metallic missiles. The most striking example of this can be seen in the IIHS’s lobby, where the results of an offset frontal crash involving a 1959 Chevrolet Bel Air and 2009 Chevrolet Malibu, each travelling at 40 mph, are on full display. With its modern crush zones, airbags and strengthened passenger cell, the driver of the Malibu would have walked away. Conversely, the be-finned ’50s Yank-Tank was crumpled into a death trap. While this is a stark reminder of how far things have come, motor vehicle safety progresses at an exponential rate. Considering the latter test took place almost ten years ago, it is interesting, and thoroughly reassuring to note that while at that time only ten percent of the vehicles tested at IIHS achieved a Good rating, now nearly 100 percent do.

Hence the introduction of the Top Safety Pick Plus rating in 2012 that rewards exceptional vehicles. But that soon won’t be enough, which again, is good news for us. IIHS is working on making the tests tougher to bring more separation amongst the current crop of vehicles that use targeted implementation of high-strength steel and advanced computer modelling to protect us like never before. To illustrate this rate of progress, IIHS has a 2014 Mazda CX-9 crossover sitting atop the next-gen 2017 CX-9. Both underwent the small overlap frontal test. The driver of the 2014 model would have needed to be extricated by the Jaws of Life, whereas the 2017 driver could have opened the door and walked away.

Still, it all starts with the seatbelt. Becky Mueller, Senior Research Engineer says, “The best thing you can do, no matter what safety rating your car has, is to wear your seatbelt. It’s the most effective thing. Airbags are very important, but they can’t do their job if you’re not buckled in. About fifty percent of the people that are killed are not wearing their seatbelts.”

The crash dummies are the stars of the show – small compensation for zero pay and terrible working conditions. But they are experienced. The current male crash test dummy, dubbed Hybrid III, was developed by General Motors in the ’70s, weighs about 160 lb and represents the average American male from the 1960s. And why is this? “It takes many years to develop a dummy,” Mueller explains. “Somewhere around twenty and thirty years. It’s not just making the dummy, it’s making sure it can withstand crash after crash after crash. It’s the sensors that tell us what a human would experience in the same crash. We need to know, under this force, when does a human bone break, when do organs get affected. And that data requires academia to get involved, cadaver testing, volunteer work. It’s a long process.”

There is a new dummy that’s been in development since the year 2000, but it’s not ready yet. Mueller says it is more in keeping with the modern American male. “It’s heavier, a little slouchy and has a bit of a belly.” There’s also an elderly and obese dummy (260 lb) in the works, but again, collecting all the data to make these dummies effective takes years.

All vehicles bought at dealerships The IIHS performs two tests per week, up to about 80 a year. Along with the four crash tests (roof, side impact, moderate front offset, small front offset) the IIHS rates headlights and front crash protection systems. Crashworthiness is rated Good, Acceptable, Marginal, and Poor; and the test vehicles are bought randomly at dealerships.

Up on the observation gallery, with our cameras and cell phones poised, we await the big moment. The sled, with its honeycomb crushable front area, rushes below us on a 600 foot runway and slams into the driver’s side of the 2019 Ascent. It’s a sound you hope you never have to hear. Then silence. It has pushed the Ascent askew, and about two metres down the concrete floor.

In recent years, the IIHS has seen the most progress in side impact test results. When IIHS started its side impact program in 2002, 9,700 people died in that type of crash. That figure dropped to 5,500 in 2012. The Subaru Ascent looks impressively intact for having suffered such a violent hit. Built on the new modular Subaru Global Platform, the Ascent’s B-pillars, which take the brunt of this test, are made of cold-pressed high-tensile steel and feature a slightly thinner lower section that absorbs crash forces and directs them below the passenger cell. Does Subaru have confidence in its new crossover? Rest assured, there wouldn’t be a bunch of journalists here at IIHS if it didn’t. Stay tuned for the test results. 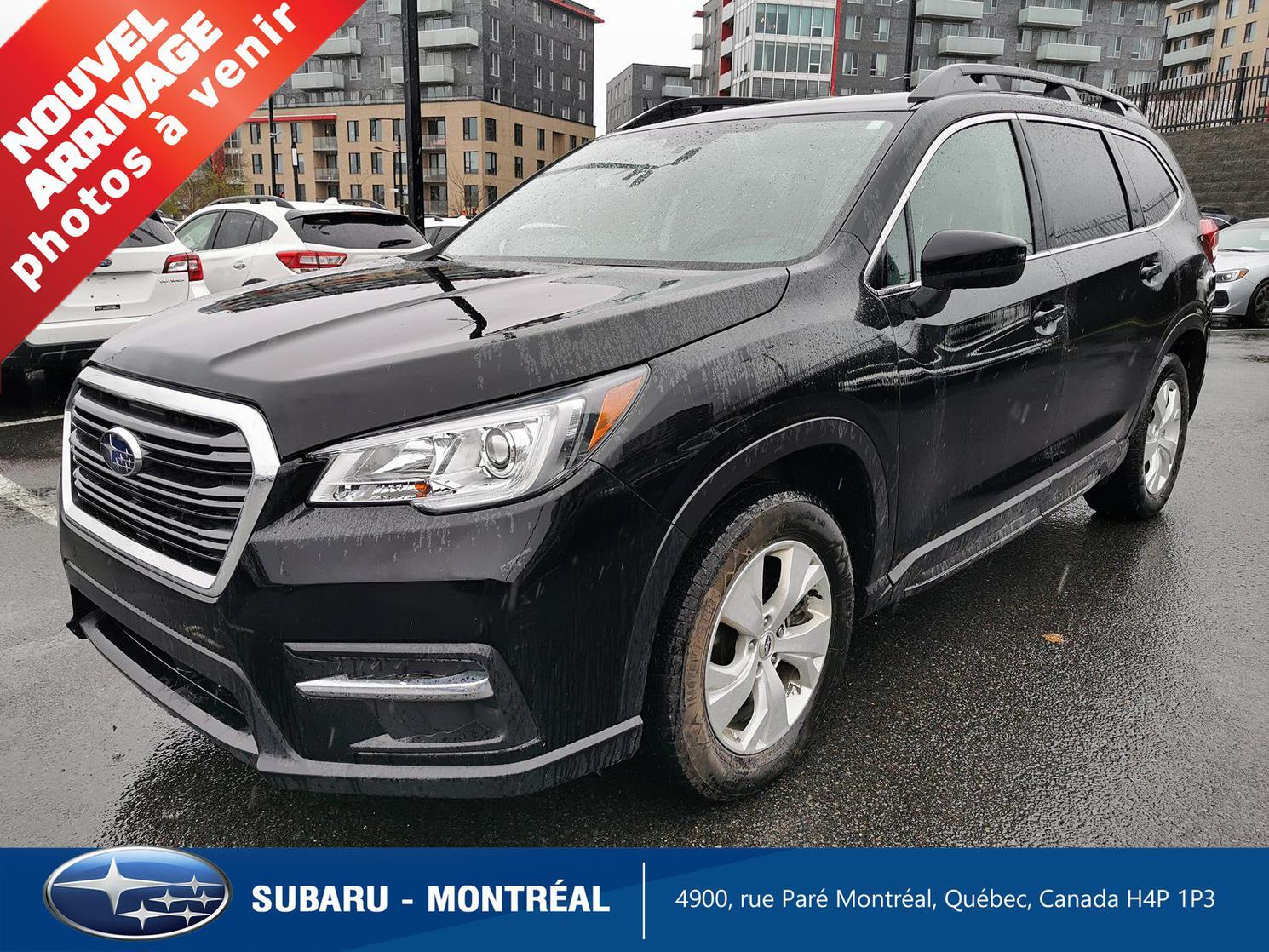