Sphero, the company that built the app-enabled BB-8 from Star Wars: The Force Awakens has expanded their lineup. They've brought Disney-Pixar's Cars star Lightning McQueen to life with their Ultimate Lightning McQueen.

The model McQueen - this is too cool to call it a toy - is filled with sensors, motors and processors that bring it to life. It has six motors, to control the mouth, suspension, tires, and steering. Five touch panels right on the car mean that Ultimate Lightning McQueen will respond to you tapping on the roof, hood, doors, or rear window. Lightning McQueen's eyes are an LED screen, so the car's face can react and animate. It even talks, using recorded lines and lines from the movies. 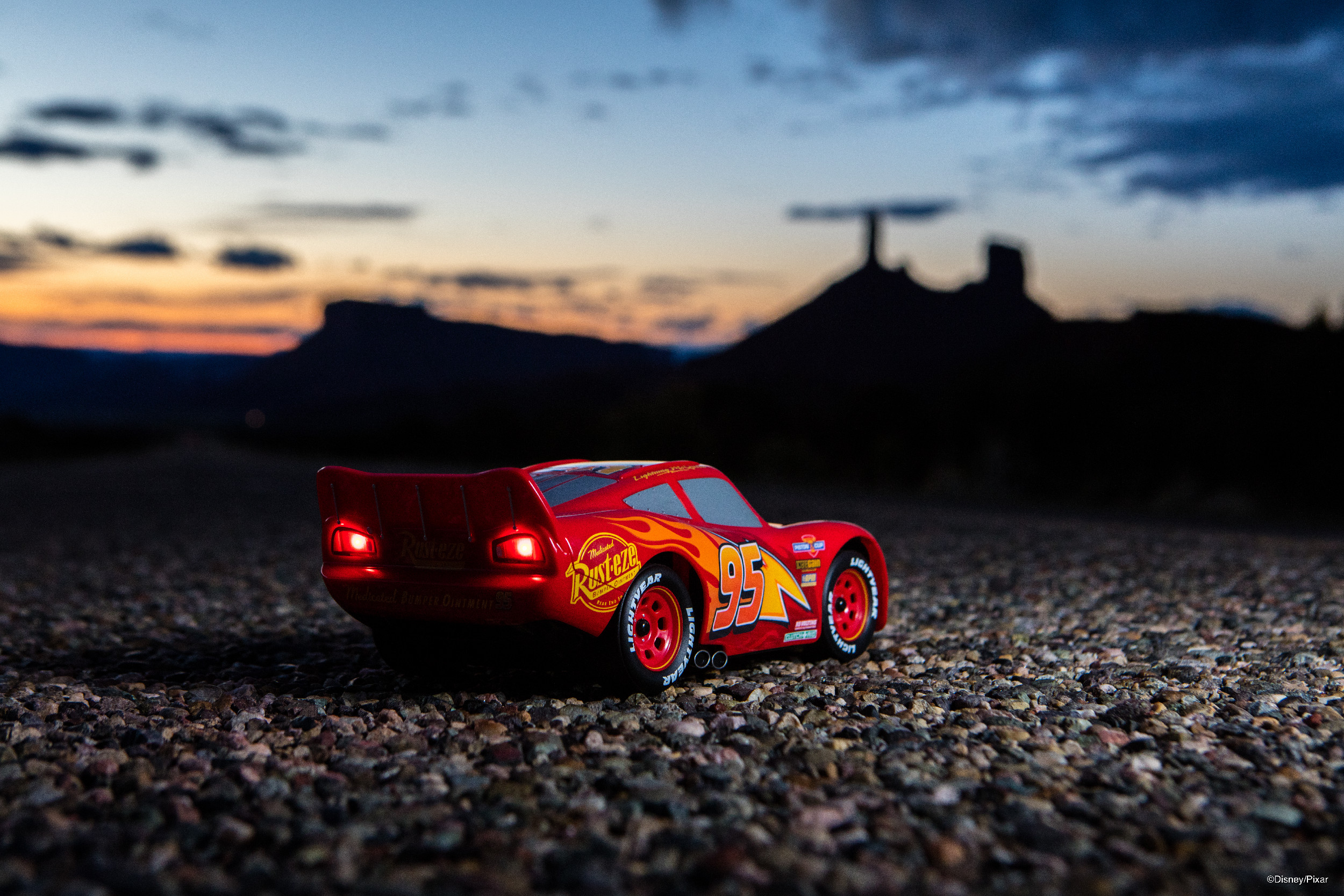 It all works through a phone app, available for iOS and Android. The car has Bluetooth and Wi-Fi connections built-in. Users can control the car and have it react to their controls and their touch. The model can move up and down on its suspension, letting it lean into corners or rear up onto its rear wheels. Just like on screen.

You can drive your mini McQueen around your living room or outside (up to 30m away from you) through the app; it even has special tires Sphero says can drift on almost any surface, even carpet. But it also has mini-games built in, helping the user learn to better control the car while having fun. 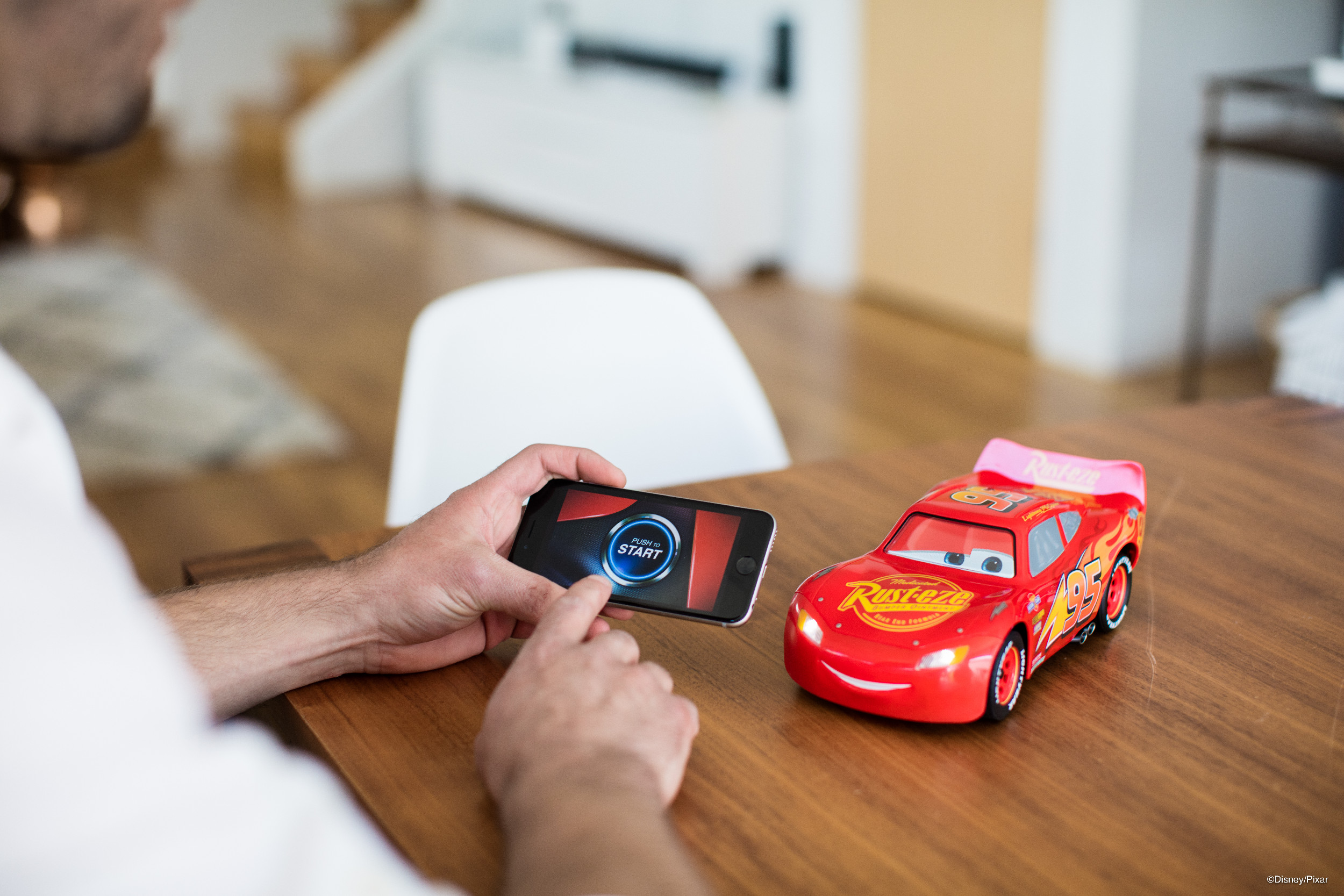 Sphero didn't stop there, though. Through the app, the user can write a script and have Lightning McQueen bring their script to life, following what they've programmed it to do. There's even a "watch with me" mode that lets Lightning actually watch and react to the Cars movie on screen in real-time.

If you want the Ultimate Lightning McQueen, it's available now from Sphero, with an MSRP of $375 in Canada.