Commercial Truck Buyers Can Soon Get An Electric Pickup Commercial Truck Buyers Can Soon Get An Electric Pickup

By 2019, fleet buyers will be able to get their hands on what we think may be the industry's first bespoke electric pickup truck.

Dubbed W-15 and built by a U.S. company called Workhorse, this truck bears a striking resemblance to the Honda Ridgeline but is, in fact, a proprietary design. All the W-15 has in common with any other vehicle is its range-extending three-cylinder gasoline engine, which is sourced from BMW. 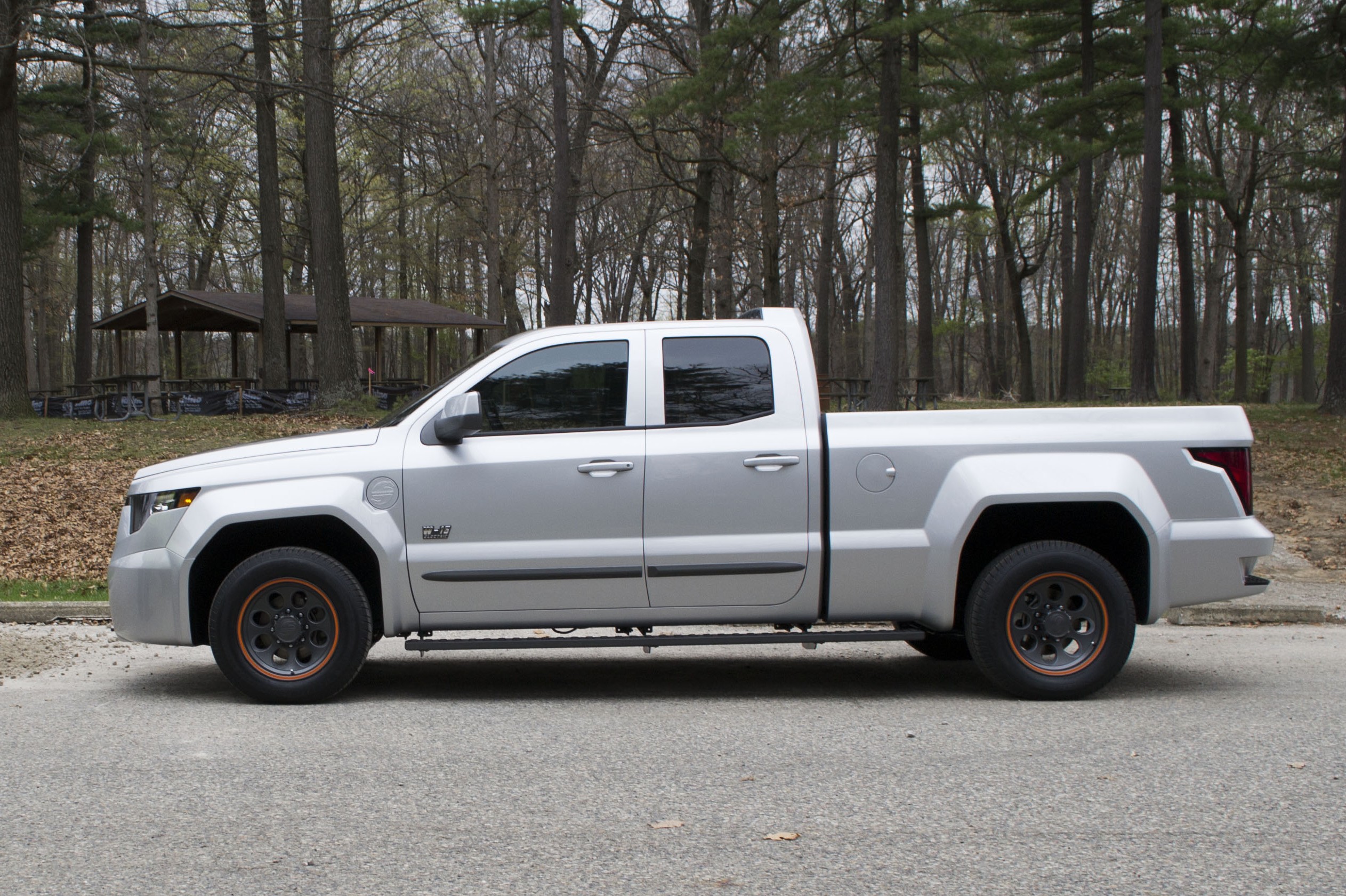 Okay, so we called this an electric truck, which is true enough: the battery pack that lives under the floor and comprises part of its structure can store enough juice to move the truck about 130 km on a charge. When that's gone, the three-cylinder fires up to run a generator that supplies electricity to motors at the front and rear axles.

Regardless of where the electricity is coming from, Workhorse says the W-15 generates 460 hp and provides sub-six-second acceleration from naught to highway speeds. 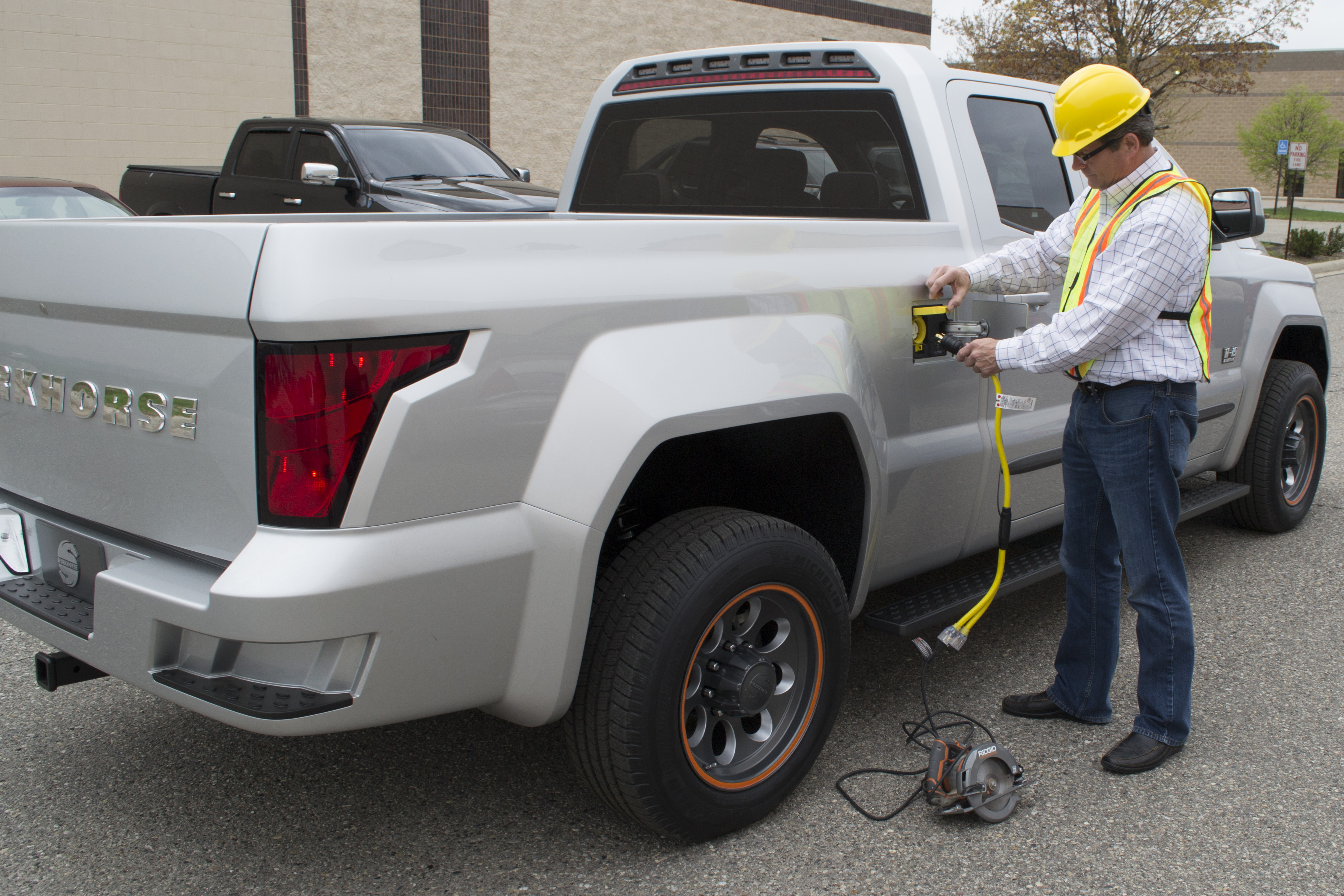 And when you're not driving, you can draw on the battery to run power tools or other electrical devices. The W-15's battery pack requires seven or eight hours to charge from fully depleted at a Level 2 charging station.

Workhorse says its truck can handle a 1,000-kg payload, but towing capacity is less impressive, at 2,300 kg, a figure that only matches what most mid-size crossovers can manage. 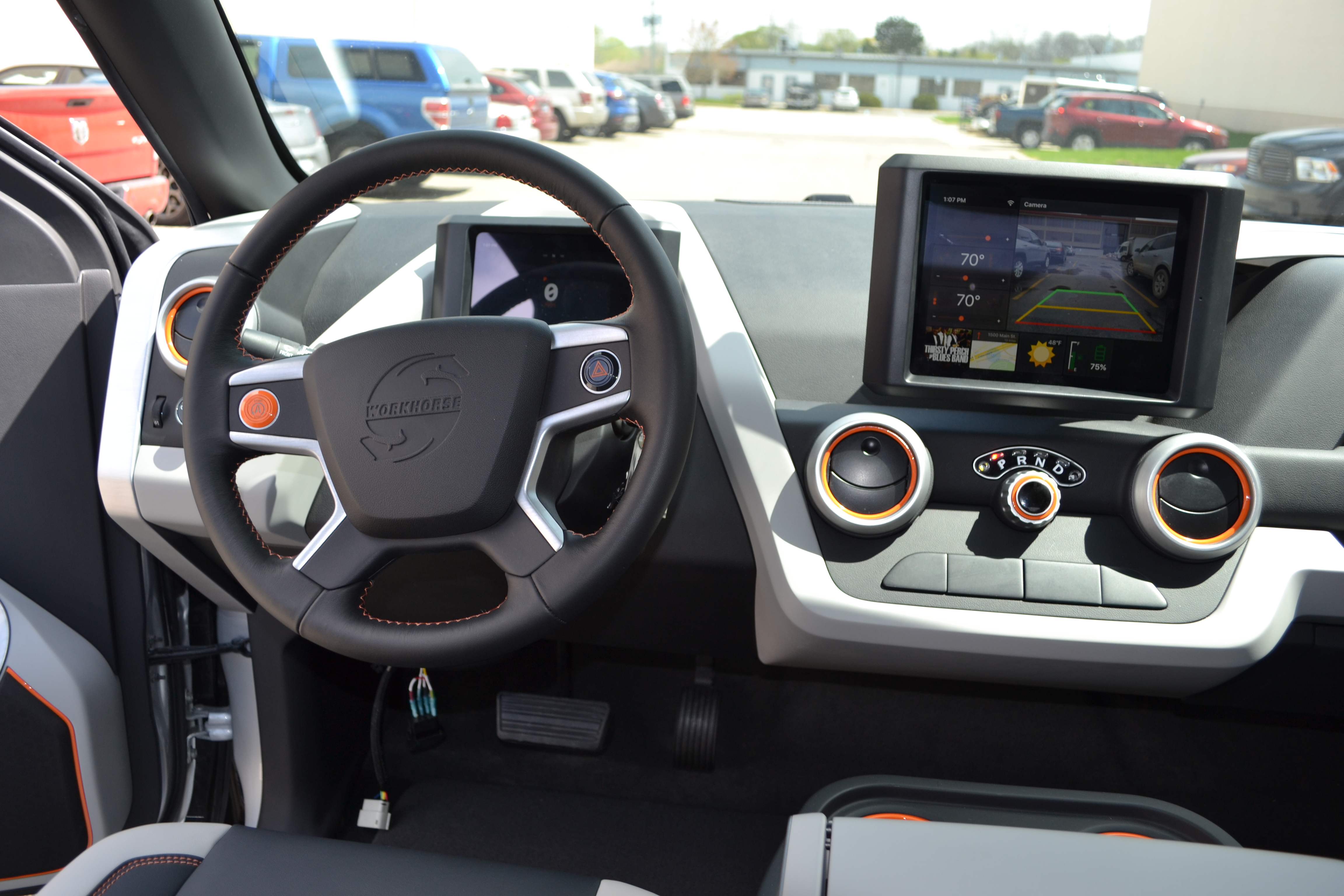 Notably, the body is made of carbon fibre-reinforced plastic; we'd suggest the interior looks too much like a toddler's toy to be taken seriously by many dedicated truck users.

The W-15 is slated to go into production in late 2018, with heavier duty models (to be called W-25 and W-35) to follow. The intent is to sell to fleet buyers, but they've given no word as to whether they intend to try for a slice of the lucrative consumer marketplace. 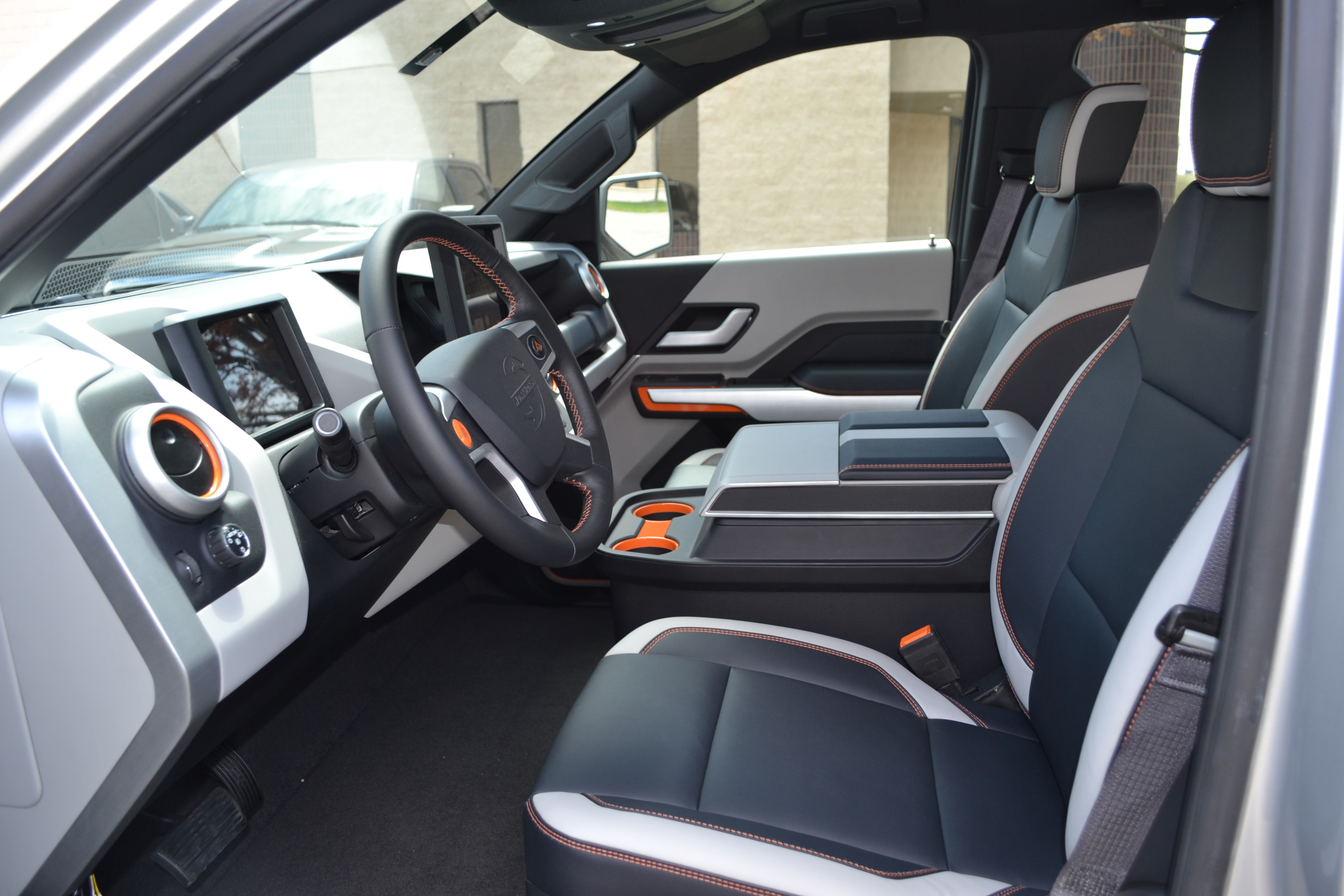 Sales limited to be limited to fleets 5/8/2017 9:45:34 PM 5/8/2017 9:45:34 PM
About Chris Chase
As a child, Chris spent most of his time playing with toy cars in his parents’ basement or making car sounds while riding his bicycle. Now he's an award-winning Algonquin College Journalism grad who has been playing with real cars that make their own noises since the early 2000s.
Follow me
AdChoices
Latest Articles