You may think you’re a good driver, but there’s a lot to know, and there’s a lot of misinformation out there. Do you know the “real story” on these common driving myths?

Myth: You can’t move the cars after a crash 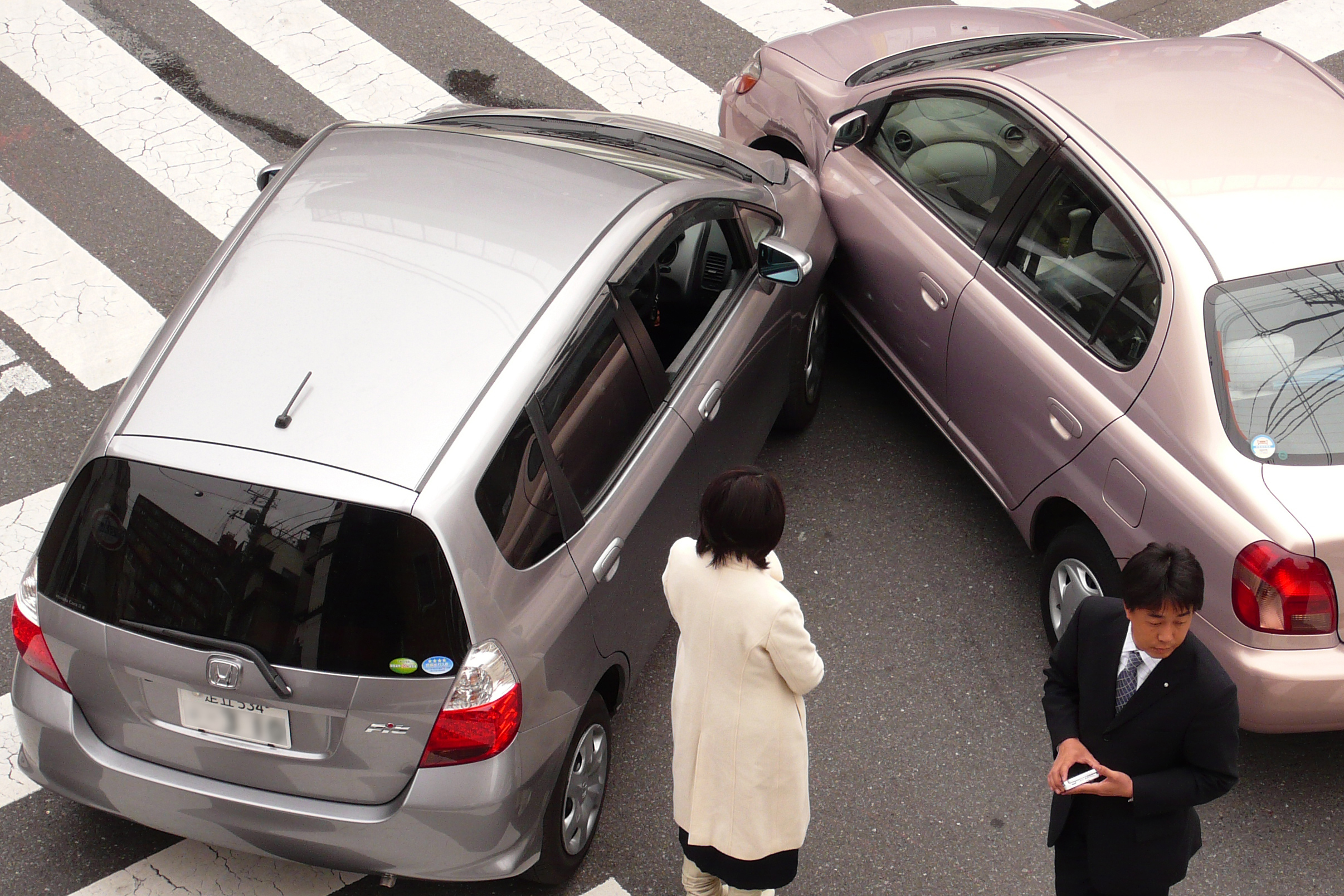 Reality: You can, and in most cases, the police prefer that you do, to get you out of any danger zones and to get traffic moving. There are exceptions, of course, such as if someone’s injured, or the vehicles are crumpled beyond driveability. But if not – move your busted car off the road already.

But for minor damage, it’s best to get everything off to the side, especially on a highway where other drivers in live traffic lanes might not see you in time. The cops will still be able to figure out what happened. In some jurisdictions, the police don’t even respond to minor collisions, and you have to take the vehicle to a reporting centre. And if you are in a crash, snap a photo of the other vehicle’s license plate or write it down, just in case the driver takes off.

Myth: Drivers cutting in at a merge slow everything down 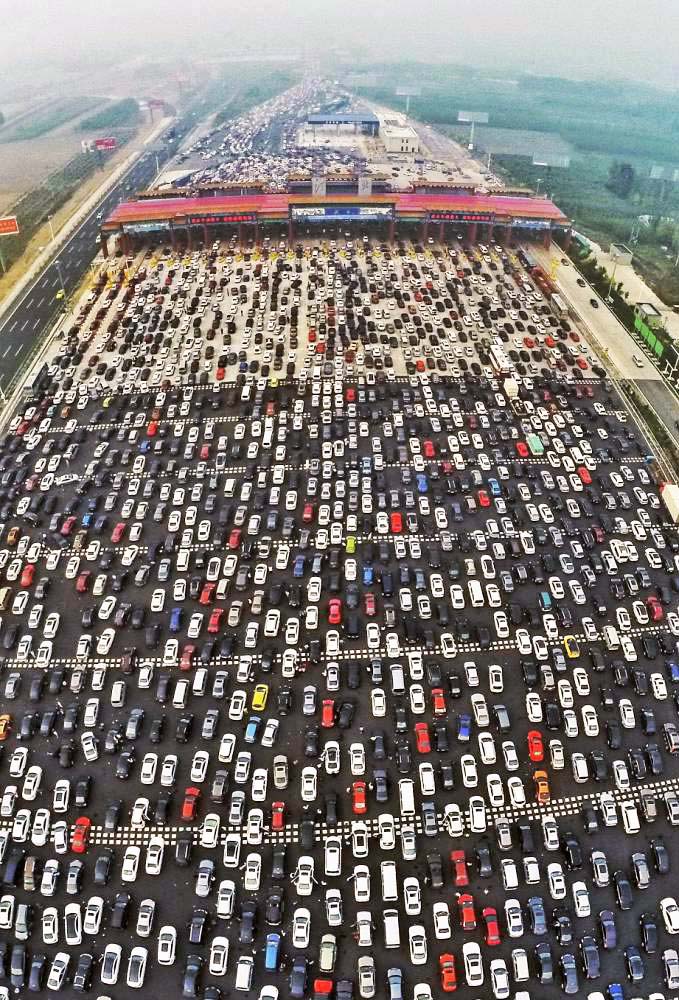 Reality: Contrary to popular belief, the “zipper merge” actually works. Sure, you get ticked when you’re in the straight-through lane, and other drivers are sailing up the closing lane and bullying their way in. You knew to move over long before this, so why didn’t they do the same?

As it turns out, according to traffic experts, that’s the way to do it. If everyone moves early into the open lane, you end up with a long line of traffic. But if drivers use both lanes right to the closure point and then alternate moving into the open lane, like a zipper, everyone gets by that point faster and the bottleneck is reduced.

That said, there is an issue: zipper merging improves traffic flow only if everyone is in on it. If drivers in the through lane block those trying to get in, or if both lanes aren’t full right up to the merge point, the zipper isn’t as effective.

Myth: The middle lane is the “driving lane” Reality: It isn’t. Drivers are expected to stay to the right as much as possible, and leave the other lanes open for passing. That includes the middle lane on a three-lane highway, even though far too many drivers make a beeline for it and then stubbornly stay there for the duration of their journey.

Of course, common sense is part of it, too. During rush-hour congestion, nobody expects you to sit in a clogged right-hand lane while the other two remain empty. And if you’re on a stretch of highway with numerous on-ramps that are close together and full of vehicles, it may be easier if you temporarily move to the middle and leave the right-hand lane open for them.

But if everyone’s moving, staying to the right whenever possible is correct and safest, and it allows traffic to flow properly.

Myth: It’s better to be a polite driver

Reality: Not always! The right-of-way rules ensure that drivers move in sequence without hitting each other. Those who think they’re being polite by letting other drivers go first, when it’s not their turn, are actually creating a dangerous situation for everyone.

Moving out of sequence causes confusion, both from the driver you’re motioning to, and other drivers at the intersection. If you let someone turn in front of you, there may be cars coming up beside you that the turning driver can’t see. Know the rules, and never give up the right-of-way when it’s yours. You may think you look like a jerk, but you’re a jerk who gets the car home in one piece. Reality: It’s nice to have all-wheel drive, but if you think it’s the only way you’re going to get through winter, you need to think again. Your most important tools are winter tires and good driver training.

All-wheel drive doesn’t stop any faster than two-wheel drive, and in some cases, the extra weight can increase the stopping distance. Winter tires have a softer compound and aggressive tread that help bring you to a stop faster on cold and snowy roads in all vehicles. And if you do have AWD, they’ll increase the traction. Power to all four wheels won’t get you anywhere if the tires aren’t gripping the road.

And that good driver training? Too many people only learn enough to get a license, and they don’t have the skills for bad weather. Winter skid school may seem pricey, but after you’ve spend several thousand buying a car, a few hundred bucks to keep it in one piece, and keep you and your family safe, really looks like a bargain.

Myth: You need to warm up your car before driving in winter Reality: This used to be the case, back when cars had carburetors. Today, your vehicle really needs only about 30 seconds or so before you can drive it away. The car’s computer compensates for the cold start with a richer fuel mixture, which can wash down the cylinder walls and dilute the lubricating oil. Driving warms the engine faster than idling it. It’ll also cut down on emissions, and help reduce engine wear.

Be smart about it, though. Drive moderately for the first few minutes, rather than leaving your driveway with your foot to the floor. And if you live in a really cold area, use a block heater.

We’ll give you a pass if you start your vehicle and then clear off the snow. It’s dangerous, illegal, and just plain dumb to drive with snow-covered windows. And clean all of them, not just your portion of the windshield! Reality: That’s what driving schools taught for years, but it’s since been replaced by the superior 9-and-3 position. While 10-and-2 is better than steering with just one hand, it doesn’t give you the full range of motion that 9-and-3 does. In many cases, you can even turn a corner without taking your hands off the wheel.

The 9-and-3 position is also less tiring than 10-and-2, because your hands aren’t as high on the wheel and weighed down as much by your arms.

Holding the wheel correctly also keeps you safer if the airbag deploys. If you’re holding the wheel at the top, the airbag will slam your knuckles into your face. If you “hook” the wheel, holding it at the top with your hand inside and your palm facing you, the airbag will break your arm. And since you have almost no control over the car when you’ve hooked the wheel – you can only make about a quarter-turn that way – you’re running more of a risk of getting into trouble and actually having that airbag go off.

Myth: As long as I’m wearing my seatbelt, I’m good Reality: Not only do you need to wear your seatbelt, but you need to wear it correctly. It should go over your shoulder at your collarbone, which is strong enough to withstand the force in a crash.

Some people who find the seatbelt uncomfortable slip it under their arms. Not only will the belt break their ribs in a collision, but it can allow them to fall too far forward against a deploying airbag.

If the seatbelt cuts into your neck, try adjusting the seating position. Many seatbelts have height adjusters on the pillar, so you can slide them up or down. If that doesn’t work, ask a dealer or auto parts store about seatbelt neck protectors. And when you’re buying a vehicle, make sure you can sit safely in it. If the seatbelt isn’t comfortable, it’s not the car for you.

Myth: You can’t do anything about black ice

Reality: Black ice is scary and dangerous, but there are steps you can take to help protect yourself. It’s a very thin icy film that’s hard to see – it looks black because you’re seeing the asphalt through it – and so it’s important to anticipate it.

It tends to form when the ambient temperature is around 0°C, and water hitting cold pavement immediately freezes. On sunny days, it often forms under bridges and in shaded areas when snow melts and runs onto the road. Watch for patches that look glossy or darker than the surrounding asphalt.

Braking on ice can cause your vehicle to slide. Instead, slow down before you reach suspect areas. Keep the wheel steady, and be cautious of overcorrecting if you start to slip. Changing speed or direction on slippery surfaces can cause you to lose control.