Ford's F-150 pickup gets refreshed styling and new powertrains in a 2018 update that will be previewed during today's NFL Super Bowl Wildcard game and revealed Monday at the 2017 North American International Auto Show in Detroit.

The underhood highlights are a 3.0L turbodiesel V6, the first-ever light-duty diesel in the F-Series, a new 3.3L entry-level gasoline V6 and a segment-first 10-speed automatic transmission. Other F-150 and, according to Ford, segment firsts include available adaptive cruise control and pre-collision assist with pedestrian detection.

Revised front-end styling better ties the F-150 to its Super Duty F-250 and F-350 siblings, and a new tailgate and tail lights grace the rear.

Ford is being coy about power outputs for the diesel, but given its close relation to a motor Ford builds for Jaguar and Land Rover, we can count on it making something similar to the 254 hp and 440 lb-ft of torque it generates in the Land Rover Range Rover and Land Rover Discovery. 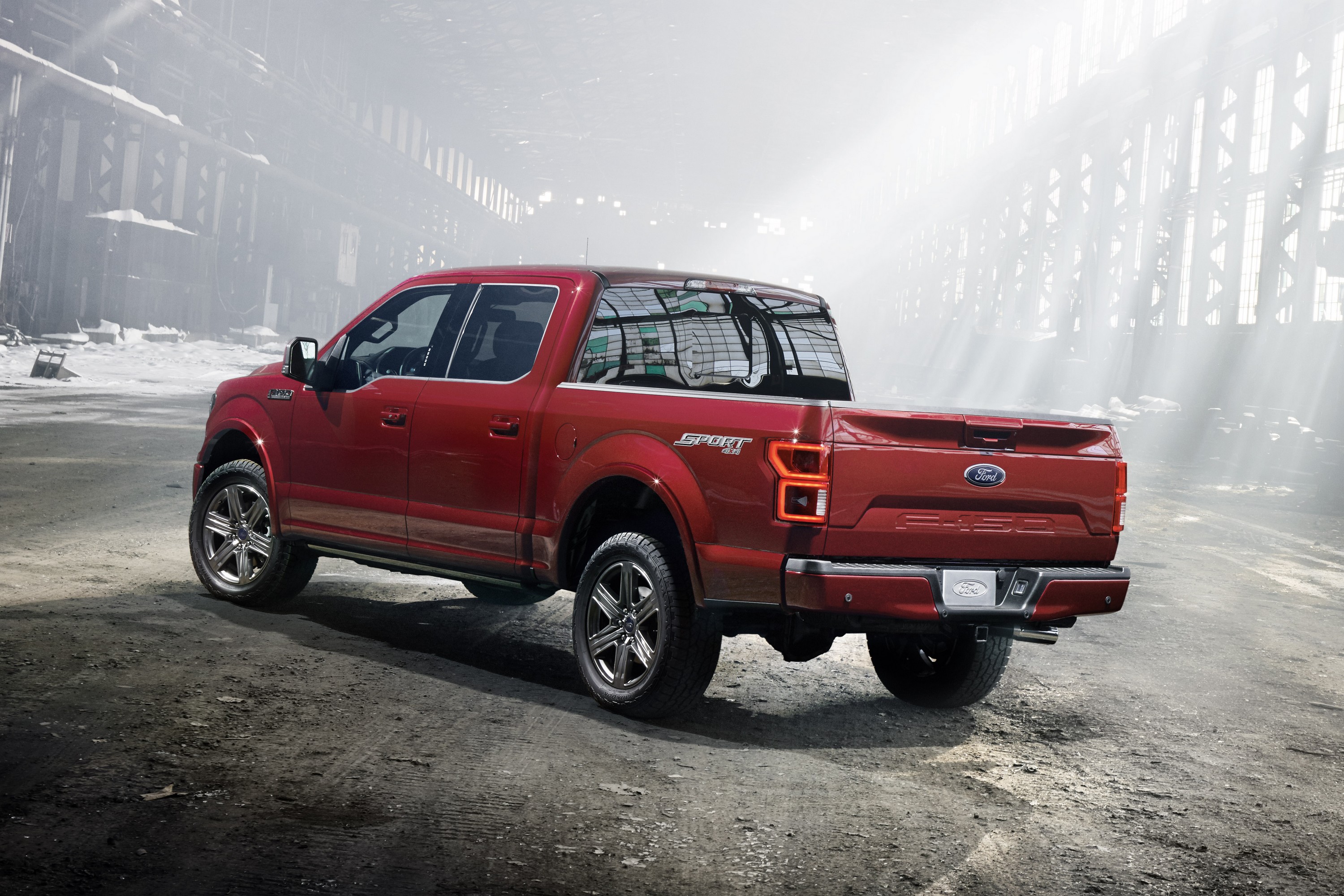 Ford has revealed more about the new 3.3L, which replaces a 3.5L as the truck's base engine. It says it expects this motor, which gets direct fuel injection, to make the same 282 hp and 253 lb-ft as the outgoing engine while boasting better fuel economy.

Returning to the lineup are a 3.5L turbocharged EcoBoost gasoline engine and a 5.0L gas V8; the 2.7L EcoBoost motor is back too, with second-generation improvements Ford says will bring better efficiency and power.

Ford says the EcoBoost V6s, V8 and diesel will come standard with the 10-speed; Ford doesn't specify the 3.3L's transmission pairing, which suggests it will soldier on with last year's six-speed.