2017 has started, which means that we now have another year of sales data to go through and see what cars and trucks were the most popular. The Canadian auto market was hot again in 2016, with sales hitting a record high for the fourth year in a row. This year 1.95 million new vehicles left dealer lots, with pickups, SUVs, and vans continuing to take market share away from cars. That change means that there are only six cars on the list, one fewer than last year. That said, here's a look at the 20 best-selling vehicles in Canada for 2016.

First place is no surprise. The Ford F-series, which includes the 2017 Ford F-150 pickup, F-250, F-350, and F-450, as well as the Ford Raptor pickup, sold 145,409 units to take the sales crown. That's a 22 percent increase over last year and marks 51 consecutive years as Canada's best-selling truck. It's also the only vehicle to sell over 100,000 units in a year in Canada. Number two on the list is the full-size 2017 Ram 1500 pickup, which dropped slightly in sales but held its place on the list. We're a fan of trucks here in Canada, and the third best-selling pickup in the country is number five overall, the GMC Sierra. In the US the Sierra is perennially outsold by its sibling Chevrolet Silverado, but in Canada we prefer the Sierra, relegating the Silverado to 10th spot.

The best-selling car in the country remains at number three overall, the 2017 Honda Civic. The Civic is not just built in Canada but has been Canada's best-selling car for 19 years. It's also brand new for the year and has just added a hatchback model to go alongside the coupe and sedan. It maintains its lead over the next best selling car, the also brand-new Hyundai Elantra (#7 overall), by nearly 16,000 units sold. The third most popular car is the 2017 Toyota Corolla, dropping two spots to ninth for 2016. 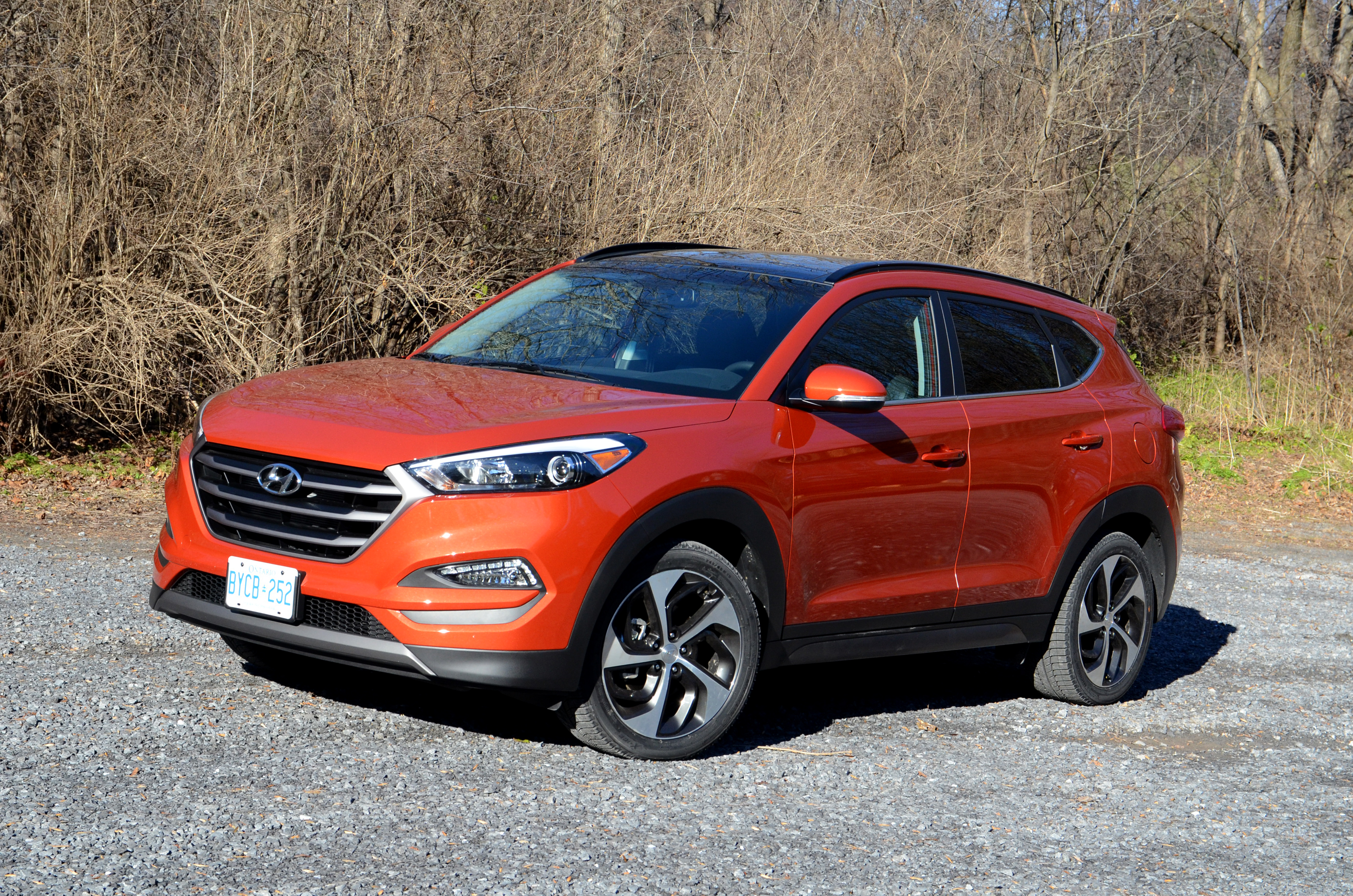 The heart of the top 20 was mostly unchanged from last year. In fact, only there are only two new entries into the top 20 for 2016. First is the all-new for 2016 Hyundai Tucson, which gained 45 percent, selling 23,789 units for the year to put it into 18th spot. The second is the Ford Edge, with a similarly impressive 24 percent gain putting it in the last spot on the list with 20,517 sold. The Edge was redesigned for 2015, and the new look for the midsize crossover has helped it keep momentum on the sales floor. The two vehicles bumped off the list are the Dodge Journey and the Ford Focus, dropping to 25th and 26th respectively. Dodge's midsize crossover has been mostly unchanged since 2009 and is starting to show its age. Similarly, the Focus was new for 2011 and despite a facelift and the high-performance RS model for the 2017 model year it is losing favour with buyers.

The biggest gain by volume was the Ford F-series, adding 26,572 to its total. That's a bigger gain than the 16th place Mazda CX-5 sold in total for the year. The truck wasn't the only vehicle to see a big change, however, with the Toyota RAV4,  Nissan Rogue, Hyundai Tucson, Honda CR-V, and Ford Edge all seeing double-digit percentage gains. Notably, all of those are smaller crossover utility models.

The biggest declines that stayed on the list were the Mazda 3 sedan and hatch, which saw a 20 percent drop in sales (but strangely lost only one place, from 13th to 14th) and the Volkswagen Jetta. The Jetta lineup is sorely missing the diesel models and lost nearly 25 percent in volume for the year.

Some surprises include the Chevrolet Cruze, which was all new for 2016, and added a hatchback model later in the year but dropped 16 percent, putting it at #15 on the list. Likewise the Hyundai Santa Fe Sport, which dropped 9 percent, but that may be due at least in part to the all-new Tucson taking sales from the other side of the showroom.

The top automaker for the year in sales was Ford, gaining 9 percent to hit 304,445 units. Fiat Chrysler was second, followed by General Motors. The best-selling brand was Ford, with Toyota and Honda following more than 100,000 units behind to finish 2nd and 3rd.