Welcome to Depreciation Appreciation! Every month, your buds at autoTRADER.ca dig up an instance of how depreciation can make for an extraordinary used-car deal.

Winter is here, and you probably want to roll around in something comfortable, stately, and with all-wheel drive, to maximize that smug sense of satisfaction that comes from ripping through Mother Nature’s worst, while you sit back in the lap of luxury.

Perhaps Swedish luxury, in this case.

Considering a new sedan in the $30,000 price range? You might wind up with a nicely-loaded Malibu, Accord or Fusion. But, that same money goes a long way in a flagship Volvo model with turbocharged power, all-wheel drive, some of the best seats in the universe, and a unique and distinctive take on top-line Swedish sumptuousness.

We’re talking about the Volvo S80 – a machine that, for years, capped the Volvo model range as the brand’s flagship sedan, until it was recently ousted by the all-new S90.

Launched for model year 2007, the current-generation S80 now lands squarely in the $30,000 pricing ballpark, typically at less than two years old, and with highly reasonable miles on the clock.

Big, roomy and comfy as heck, the plush S80 was handsome, discreet, and available with numerous powertrain choices, including a straight six, a boosted straight-six, and a punchy Japanese-built V8 – depending on the year and model selected. Many units are available in the used market with AWD as well.

Depending on the year and model in question, feature content included automatic climate control, push-button start, a sunroof, the most comfortable seats you’ll visit in the course of your day, an auto-dimming rearview mirror, rain-sensing wipers, active cruise control, a Dynaudio stereo, xenon headlights with washers, and a plethora of airbags and electronic traction and stability aids.

Look for the S80 with a range of engines, including Volvo’s 3.2 litre straight-six, a turbocharged straight-six, or a gorgeous 4.4 litre Yamaha-built V8, which was available in earlier models. Newer units got Volvo’s Drive-E powerplant: a four-cylinder with turbo and supercharger.

Owner reviews typically see S80 drivers raving about extreme comfort, a hearty feel of safety and security, a fantastic and tranquil highway drive, plenty of space, and good fuel mileage, even from the V8. The premium stereo system and high-intensity xenon headlamps are also highly rated, as is confidence when travelling in winter weather in models with the AWD system. Note that front-wheel drive was standard on most models.

When the S80 was introduced for 2007, pricing started at $55,000 for a unit with six-cylinder power, and $65,000 for a model with the V8. As more model grades were introduced, the model line expanded, and the price of entry shifted: a 2012 S80 with straight six and front-wheel drive opening the bidding for as low as $47,000, for instance. In 2015, the entry price of a T5 Drive-E powered unit, with the new supercharged and turbocharged four-cylinder engine, was about $51,000. Adding a larger engine or AWD, or stepping into a higher trim grade, saw the pricing increase by thousands. The gist? A nicely-equipped S80, for most of this generation, was about a $60,000 car.

Stand by for the deals! Today, with no more than 2 years of use and under 50,000 kilometres on the dial, you can find a second-hand S80 priced in the low thirties, all day long.

Getting into an AWD model will require parting with a few more dollars, or accepting a few more miles on the clock. Example? Here’s an S80 T6 Platinum AWD from 2012 with well under 40,000 kilometres, priced at the same $30,000 point. That’s less than half its original price ($61,200) after just a few years, and a few clicks. Here’s a similar example at a similar price.

Expand your price a little, and you’ll find units like this one year old S80 T6 AWD Premier Plus for under $37,000. That’s about $25,000 less than its original owner paid last year. Here’s another example. 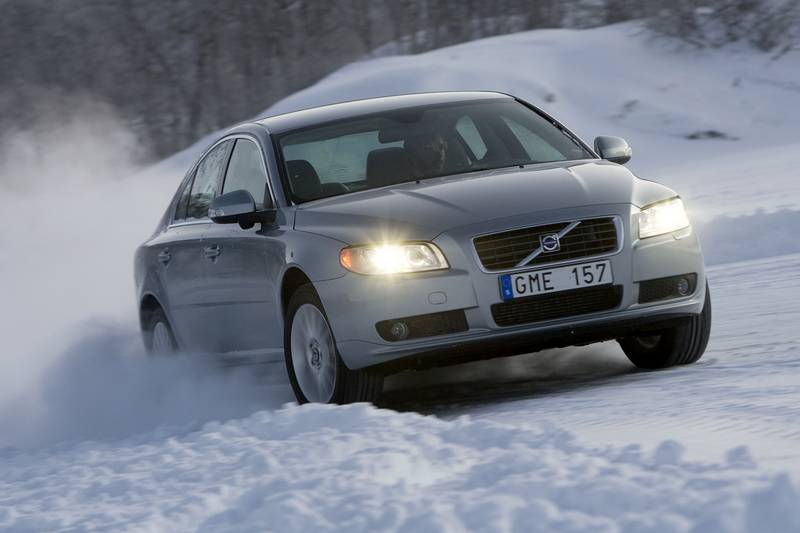 Run through all electronic systems first, confirming that the memory seats, adaptive headlamps, climate control, keyless start system, stereo, and anything else that runs on electricity is working properly. Plot a course with the navigation system, and pair your Bluetooth phone and call your grandmother. It’s almost Christmas, and she’d love to hear from you.

Note that a bad Infotainment Control Module can cause a slew of sporadic problems with the on-screen display, stereo, steering-wheel controls and other functions related to the infotainment system. A bad wiring harness may cause issues with the parking assist system, so try it a few times on your test drive, being on the lookout for a “Service Parking Assist” warning message.

Confirm proper operation of the air conditioner, as some owners have reported premature system failure, possibly caused by a bad bearing on the AC compressor, or a refrigerant leak.

Apply light, moderate and full braking, noting that a soft pedal, or a pedal that goes to the floor, accompanied by weak braking performance, is likely caused by a leak in the brake booster or a connected vacuum line, and is a safety concern. This somewhat common issue isn’t difficult or expensive to address, and should be easy to detect.

Finally, on older units, have a technician inspect the rear wheel bearings, hub assembly, and differential (if equipped with AWD).

The S80 looks to be a solid performer where reliability is concerned, with a few notable, but easily detected and easily addressed issues to be aware of. In any case, the savings more than offset the cost of adding a confidence-boosting extended warranty, if you’re so inclined. Find a healthy model with AWD, add some good winter tires, and you’ll be set for many winters of luxurious and confident cruising.