So you're shopping for a late model used car and you're an enthusiast. That means your buying priorities list goes something like 1) manual transmission 2) eight cylinders. But you've got a family, or you haul cargo or people or a dog around and you need more space than a Mustang or a Camaro can provide. So you are looking for an eight-cylinder manual gearbox midsize sedan, and you don't want front wheel drive. That's a tough list. There hasn't been much in that segment since the 1980s. But there is one.

Notice that I've been saying eight-cylinder, but not V8. That's because in the mid-2000s, one company thought that a midsize, affordable eight-cylinder sedan would be a great idea. But they didn't use a conventional V8. They made a W8. 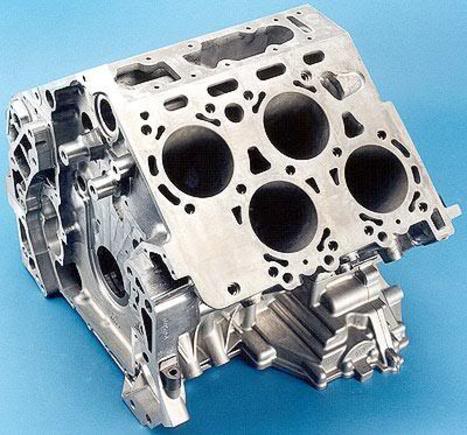 That's right, a W8. The Ferdinand Piëch days at Volkswagen were a strange time. A company that built its reputation on air cooled four cylinders and turbo diesels wanted to move upscale. Mercedes was moving down into VW's market with cars like the A and B-Class, and Piëch wanted to push back. That's how we ended up with cars like the Phaeton, a Volkswagen S-Class competitor. Piëch also brought us the Bugatti Veyron, the on and off fastest car in the world. A monster that produced more than 1,000 hp. But to fund cars like the Veyron and Phaeton, they needed to spread out development costs. They needed an engine that they could spread around to different models, or at least make it modular so they could easily use one architecture to build multiple engines that could go in several cars.

Volkswagen had long been making their VR6 engine. That was a V6 where the vee angle was only about 15 degrees. That meant that the cylinders actually overlapped, rather than being several inches apart like a conventional V6. That let six cylinders fit in the place of four. For their new family of engines, they took the same idea but added more. The W series of engines was largely two VR6 engines sharing one crankshaft. It was compact and could fit in most of their lineup. They could build it as a 12-cylinder W12, or cut some cylinders off and make a W8. Stick two of those together and you have a W16! So that's what Volkswagen did. The Passat got a W8 to help increase sales volume for the engines, the Phaeton got a W12 for luxury flagship credentials, and the Veyron got a W16, for 1,000+ hp. 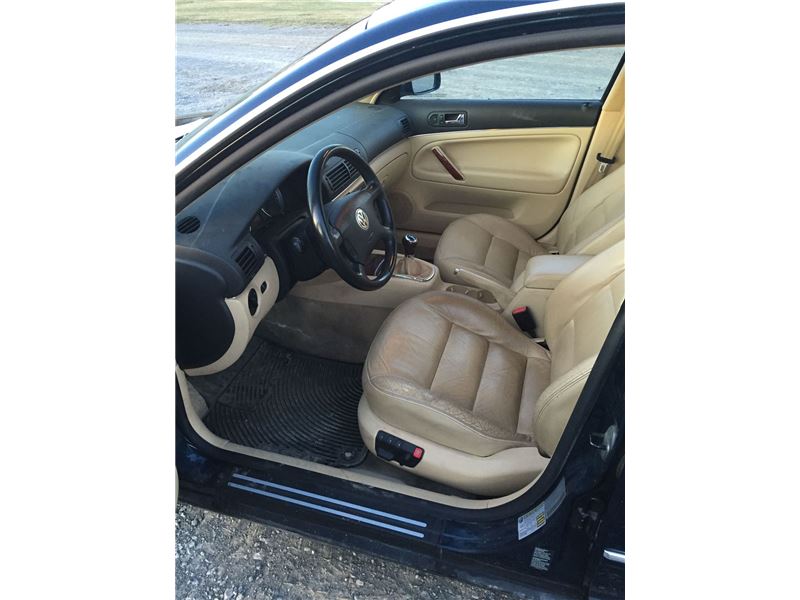 Which brings us back to our Find of the Week. That mythical eight-cylinder, manual transmission, reasonably priced midsize sedan. For three short years, from 2002 to 2004, Volkswagen put the gloriously complicated W8 engine in the midsize Passat. But since they are Volkswagen, and at the time their slogan was "Drivers Wanted", they also put a six-speed manual transmission behind that engine. They even gave it all-wheel drive, because V8 torque and front wheel drive don't get along. The car put out 271 hp and 258 lb-ft of torque from a 4.0L W8.

When it came out, it was pitched as a Mercedes E430 competitor, with similar power but for less money than a six-cylinder E320. And on paper, it looked like a reasonable comparison. But as is often the case for a car swinging above its price point, especially one that's unusual, the Passat W8 was never really a hit. The car was sold here from 2002 to 2004, and fewer than 5,500 were sold in North America. Less than 600 of those were sold with a manual transmission.

That makes our Find of the Week one of the rarest Volkswagens in the world. It's also extremely desirable since it has everything an enthusiast wants. Eight cylinders, all-wheel drive, and a six-speed manual gearbox. Better yet, nobody knows what it is. The only outward signs are a small W8 badge on the grille and a matching one on the trunk. Outwardly you're just driving a regular 2004 Passat until you downshift and hit the gas. Then things become more obvious very quickly. 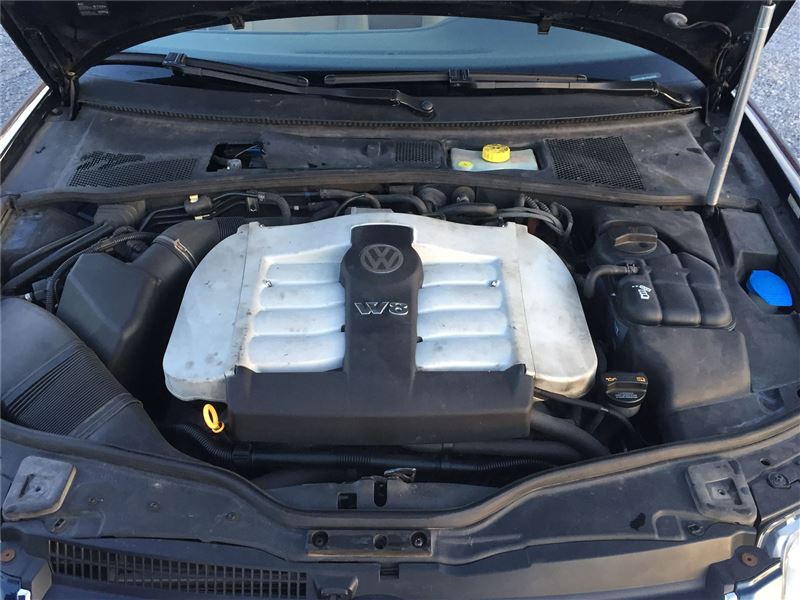 This Passat W8 sedan has just 93,000 km. It's a beautiful indigo blue with beige leather interior. The current owner says he's had it for about a year, but too many cars in the driveway means that it's time for this one to move on. If you're interested in this rare, eight cylinder VW, here's your chance, and it's for sale in Saint-Pascal-Babylon, Ontario (about 50 km east of Ottawa). Oh, and Volkswagen made a wagon W8 too. If you prefer a wagon but are ok with an automatic and some...interesting modifications, then give this one a look.