McLaren Isn't Kidding Around About its New All-Electric P1 Supercar

Brit sports car maker McLaren has introduced its first EV -- an all-electric version of its P1 flagship -- in a bid to attract younger buyers to the fast-growing brand and expose a new generation of drivers to zero-emissions motoring.

Aimed at image-conscious new drivers aged six and under, the single-seat P1 EV also brings back the central driving position made iconic in the company's F1 of the 1990s, and boasts the quickest acceleration of any McLaren car, being capable of reaching its top speed (about 5 km/h) from a stop in as little as two seconds on a fully-charged battery. The manufacturer doesn't say how long it takes to charge a drained battery, though we expect charging can be done via any standard wall outlet.

The P1 EV's roadster design also makes it the model's only open-top variant, which is sure to make at least some adult owners of the original P1 hybrid at least a little bit jealous. McLaren's engineers cleverly kept the hardtop model's "gullwing" doors, an excellent way to attract the attention of a schoolyard crush. 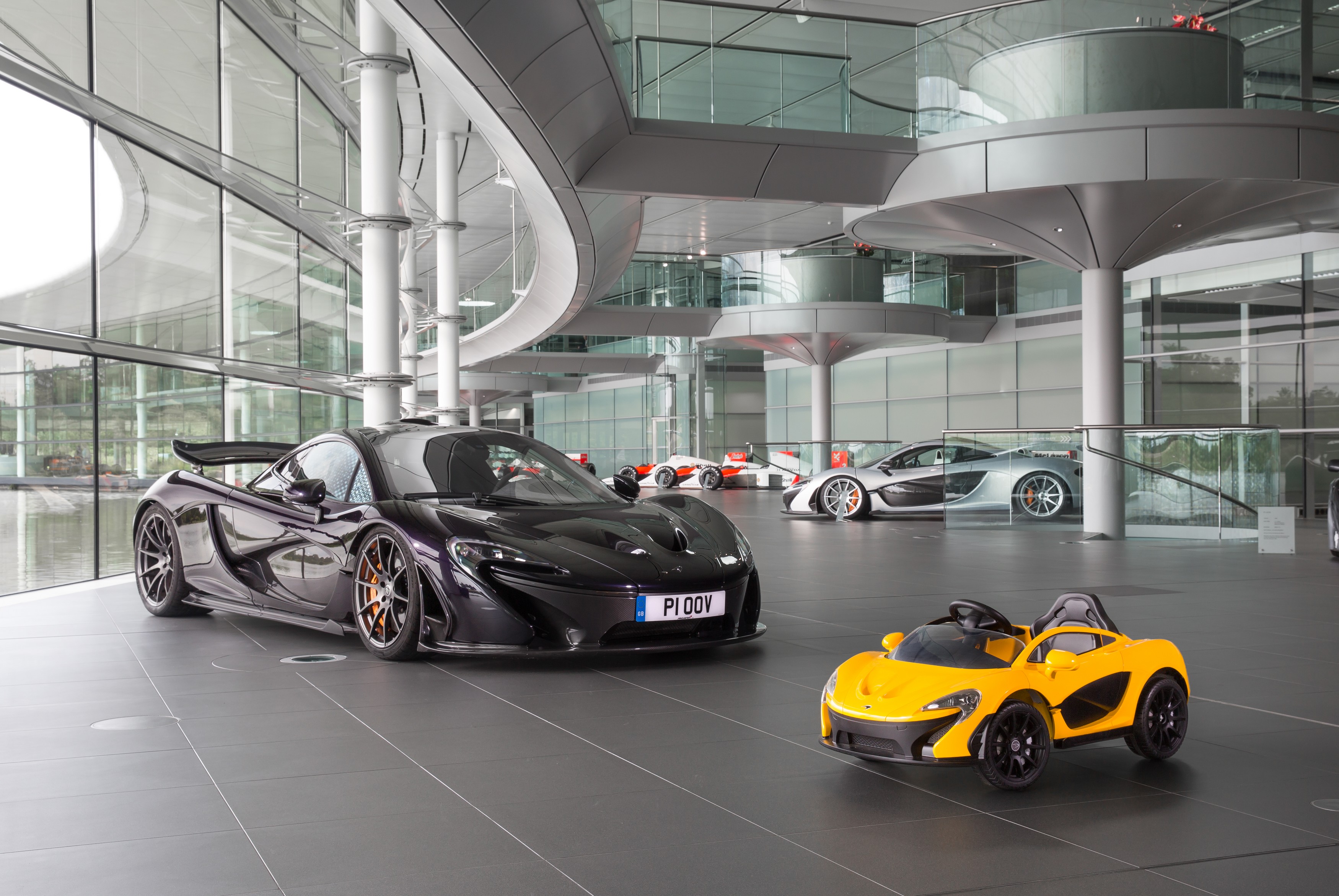 Key mechanical features include an electric drive motor unique to the P1 EV and a three-speed transmission with reverse. Conveniences include push-button start and automatic lights and air conditioning. McLaren says that in an effort to streamline the buying process for the scores of first-time owners it expects will line up for its latest model, the P1 EV is available in a single Volcano Yellow paint colour.

The McLaren P1 EV goes on sale at the brand's dealers around the world at the end of October, at a price of 375 British pounds, or a little less than CAD$650, according to current exchange rates.