1948 was the first new truck from Ford since the end of World War II. It was also the first time that Ford moved trucks away from being car-based, and gave the new trucks a dedicated platform. The F-series trucks came in payloads ratings from 1/2 ton all the way to 22,000 lb gross vehicle weight. This first F-series was promoted as the "Bonus Built" line and had a large choice of the bed and body configurations, ready to do real work. These weren't take the kids to the mall trucks, like today's Platinum and King Ranch. A series of inline six and V8 engines were available, all flatheads, and with power ratings from 95 to 145 hp.

These trucks were very popular for work, but not so much for play. Because of that, they were generally worked for decades. Until they couldn't be patched together enough to work anymore and then sat in a field or behind a barn until they slowly returned to the environment. Few remain, because they were never as desirable as the cars that were sold alongside them, and they were not generally restored.

Our find of the week this week is a 1948 F68 pickup. That means it was a 3/4 ton truck, built in Canada (the US equivalent was the F-2). Like many other F-series trucks it spent its life on a farm. This one lived on a grain farm in rural Saskatchewan but was found discarded on the farm of the original owner's son near Owen Sound, Ontario. It still had the 1950's vintage grain chute attached when it was hauled from the field. 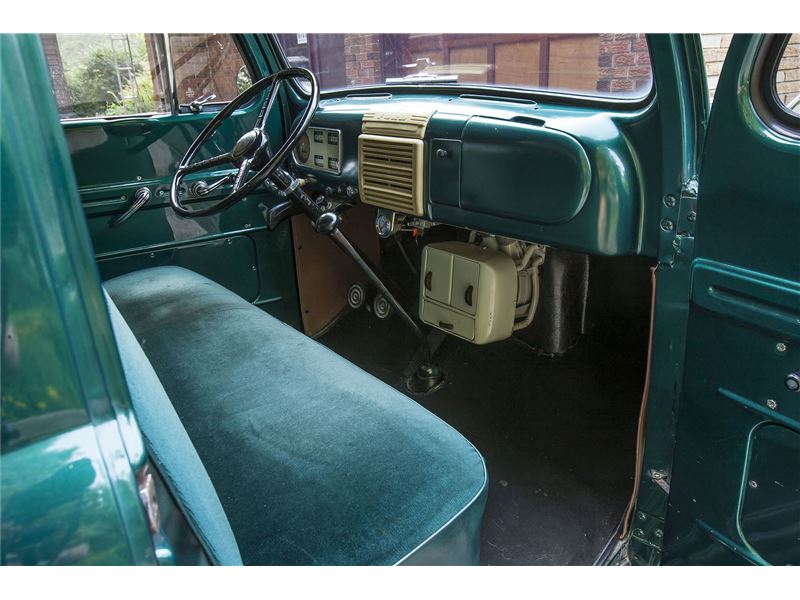 The truck was fully restored in 2002 and was driven and enjoyed since that restoration. This F68 still has a 3.9L (239 ci) flathead V8 that was originally rated at 100 hp. It was high compression for the time, at 6.8:1. It looks all original with a stock carb, air cleaner, and manifolds, but it does have an alternator conversion for improved reliability and drivability. The transmission is the stock non-syncro four-speed manual with a floor-mounted shifter. The stock wheels were painted body colour, like Ford started doing on the 1949 trucks.

Further upgrades to this vintage step-side include a custom gas tank (under the box, instead of in the cab, touching your seat), a heater (those were optional when new), extra gauges to help keep an eye on the engine, a passenger visor, and updated wiring to keep everything working right. The interior has been redone in green cloth and vinyl to match the outside, with tan accents. The seat is stock but has been reupholstered and re-cushioned for comfort. 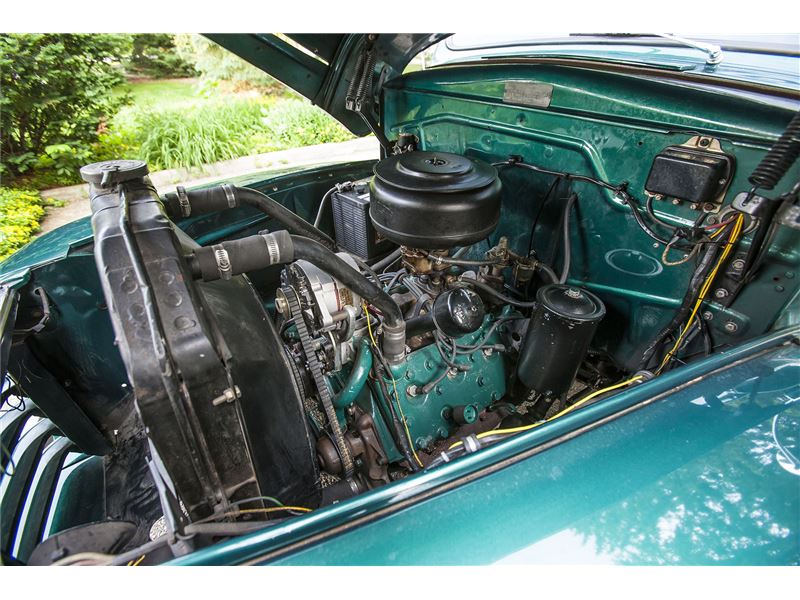 This is a beautiful looking truck in metallic green and a perfectly weathered wood slat bed floor. It's restored, but not so much that you can't drive it. Anyone looking for a great example of the pickup that launched 35 million ships, wanting a vintage hauler for their business, or to tow a classic bike, hot rod, or dragster would want to take a good look at this Ford, for sale in Brampton, Ontario.