The 2017 Lincoln MKZ poses an intriguing question to would-be buyers: hybrid or gas? With both drivetrains on tap, combined with an unusual pricing strategy that few other automakers have chosen to pursue, the all-new MKZ puts the screws to the electric vs. internal combustion choice a little harder than peers like the Lexus ES. It's not a straight-forward decision, but we've put together this pop quiz to help guide you into the driver's seat of the Lincoln MKZ that's right for you.

1. Which one costs more? 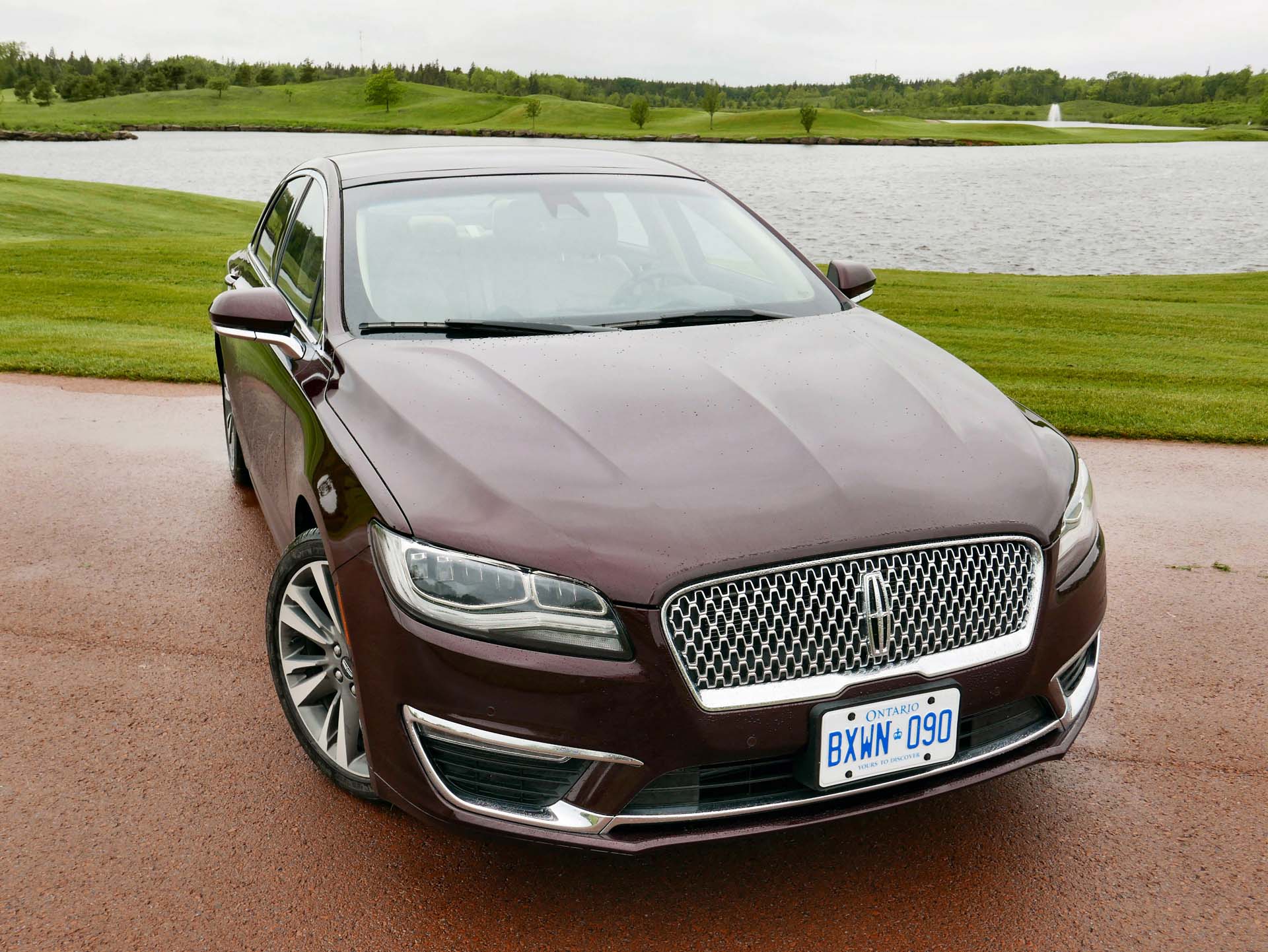 A: They both feature the same price
B: No, really, they do
C: Look at the sticker if you don't believe us!

Lincoln is one of the only brands, luxury or otherwise, to attach the same MSRP to both the hybrid and gas-only versions of its automobiles. Specifically, it's the 2017 Lincoln MKZ that continues this tradition (as it's the only battery-assisted model currently offered by the automaker). Regardless of whether you pick up the base version of the Lincoln MKZ or the Hybrid, you'll pay a starting price of $42,000.

2. But what if I want to load up on features? 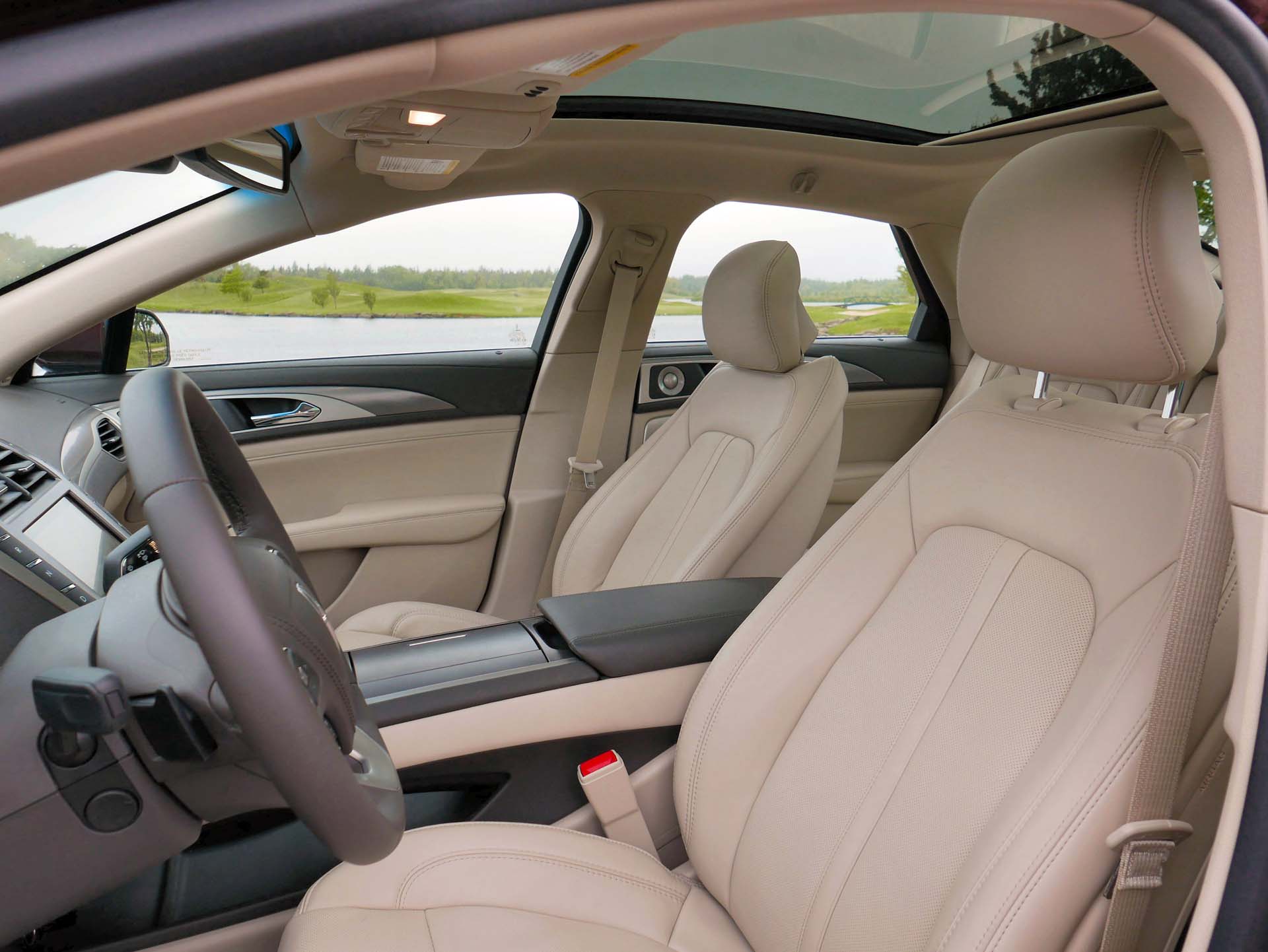 A: Both base and Hybrid models offer the same options
B: So they're identical on the order sheet
C: Even the colours are the same

The pricing parity between the standard 2017 Lincoln MKZ and the MKZ Hybrid holds true all the way up through almost the entire line-up. In fact, 100 percent of the options you can add to the base car and its various trims can also be ported over to the battery-assisted model – even if you step up to the 'Reserve' trim level that's positioned just above 'Select', the window sticker doesn't change ($46,000 for each).

3. But the hybrid is slower, right? 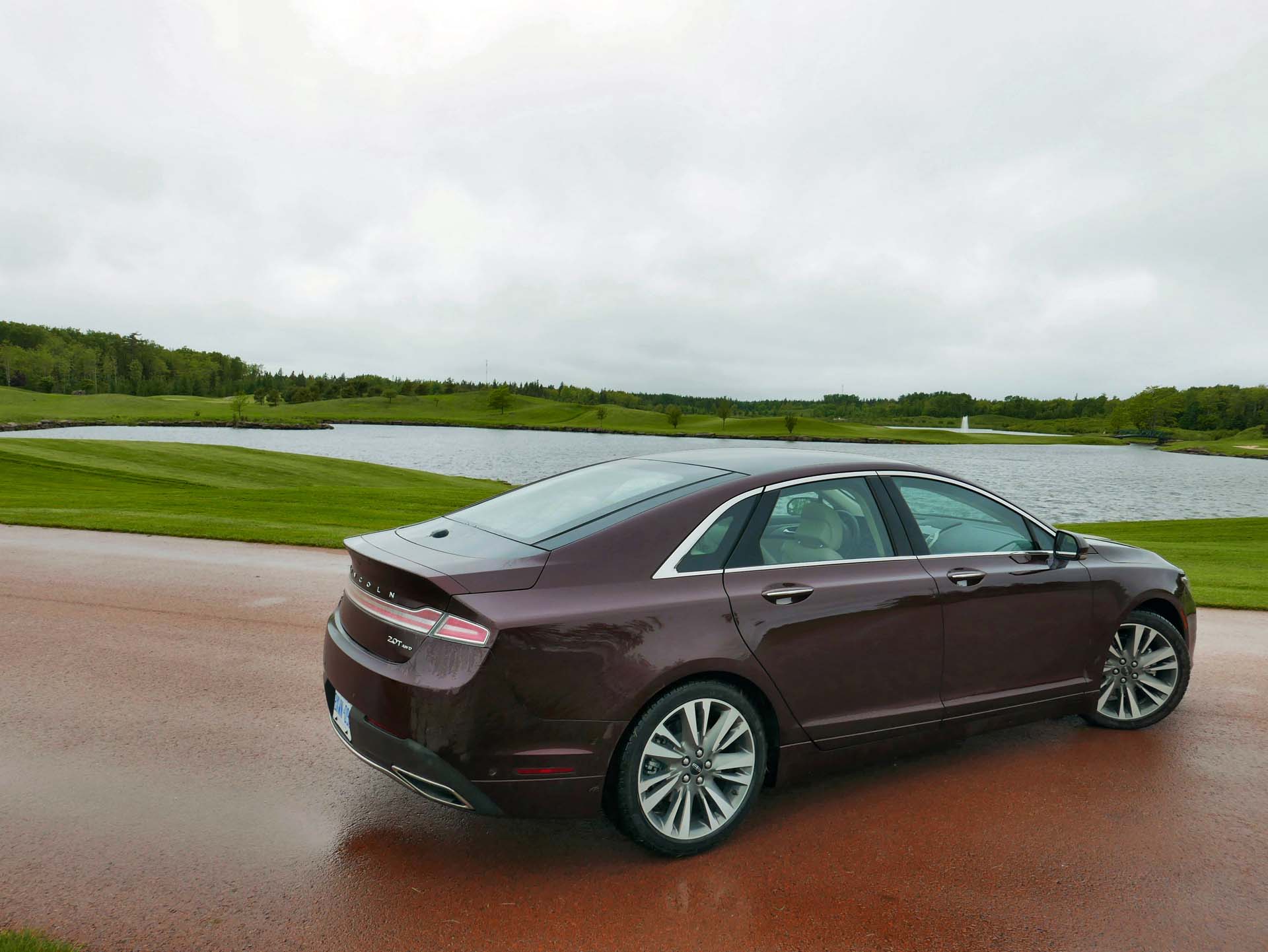 It's important to keep in mind that while the 2.0 L turbocharged four-cylinder that comes standard with the 2017 Lincoln MKZ has been massaged a bit to produce 245 horsepower and 275 lb-ft of torque for the current model year (a modest bump over the previous model), the Hybrid's drivetrain remains unchanged. This means 188 horsepower from a 2.0 L, four-cylinder engine that's matched with a single electric motor. It's not like you'll need to get out and push going up a hill, but the experience with your foot to the floor is fairly different, both in terms of acceleration and overall dynamics. A: The Hybrid is twice as frugal at the fuel pump
B: In the city, at least
C: Actually, it's pretty damn good on the highway, too

If you plan on racking up the kilometres, then the 2017 Lincoln MKZ Hybrid very quickly transcends its more modest straight-line performance and starts to shine. The reason? How about fuel consumption that's rated at 6.2 L/100 km during highway cruising and a sparkling 5.7 L/100 km in stop-and-go driving. That's roughly half the amount of gasoline you'd use around town while behind the wheel of the turbocharged four-cylinder, which translates into a significant difference on your daily commute. 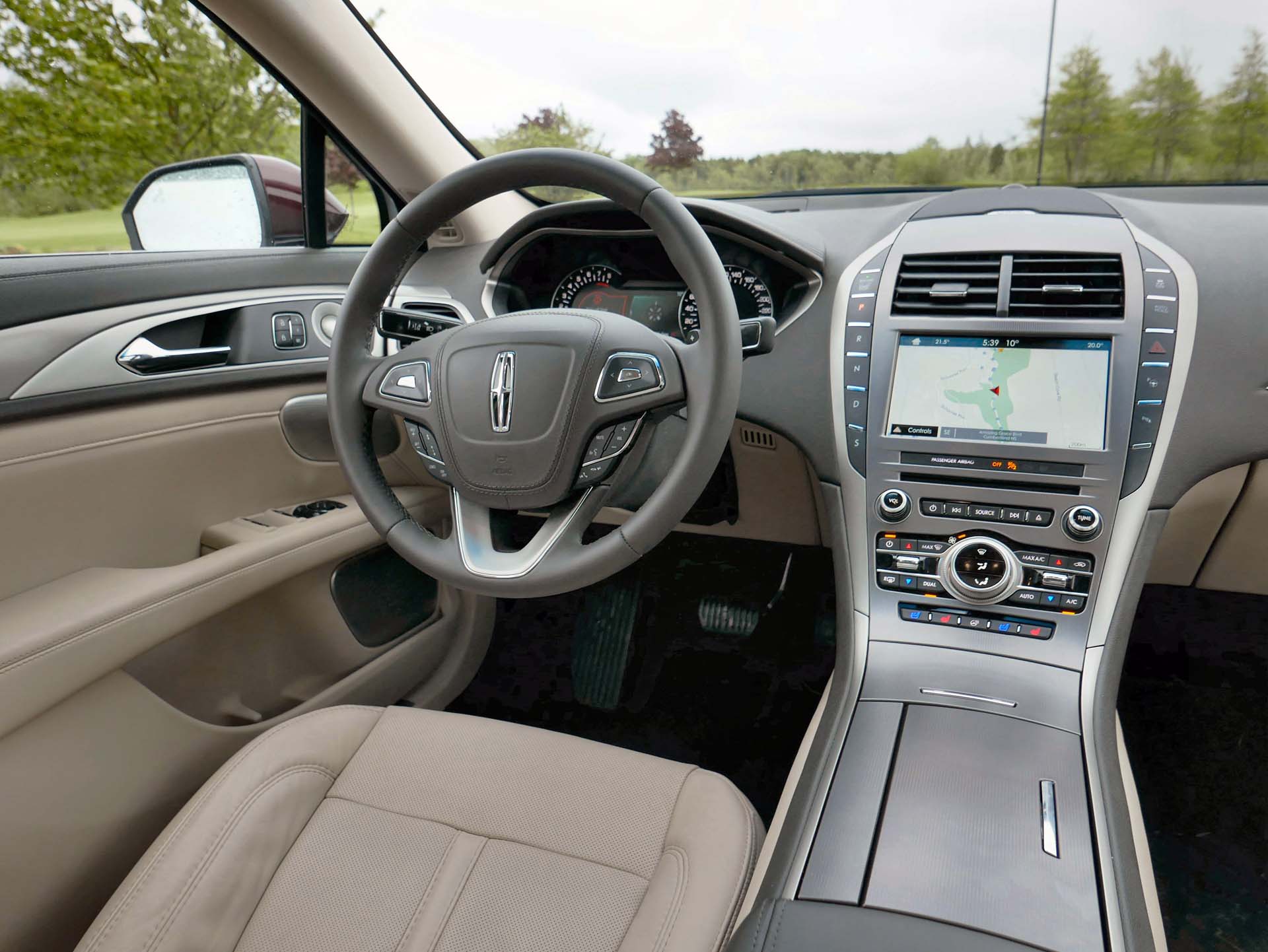 A: You have to buy the turbo
B: Or the twin-turbo
C: Wait, what?

Yes, you can now choose how many turbos you want stuffed under the hood of the Lincoln MKZ – and in fact, so far the new sedan is the only model in the Ford line-up to offer the option of this particular twin-turbo V6 in place of the standard single-turbo four. It's a 3.0 L unit that pumps out 400 horses and 400 lb-ft of torque through a standard all-wheel drive system (that can be equipped with a performance-oriented torque vectoring system by way of the options sheet). While the four-cylinder turbo also comes with all-wheel drive free of charge, you can't get this traction-adding feature with the MKZ Hybrid, which means if you absolutely need AWD you'll have to forgo the fuel savings mentioned above. 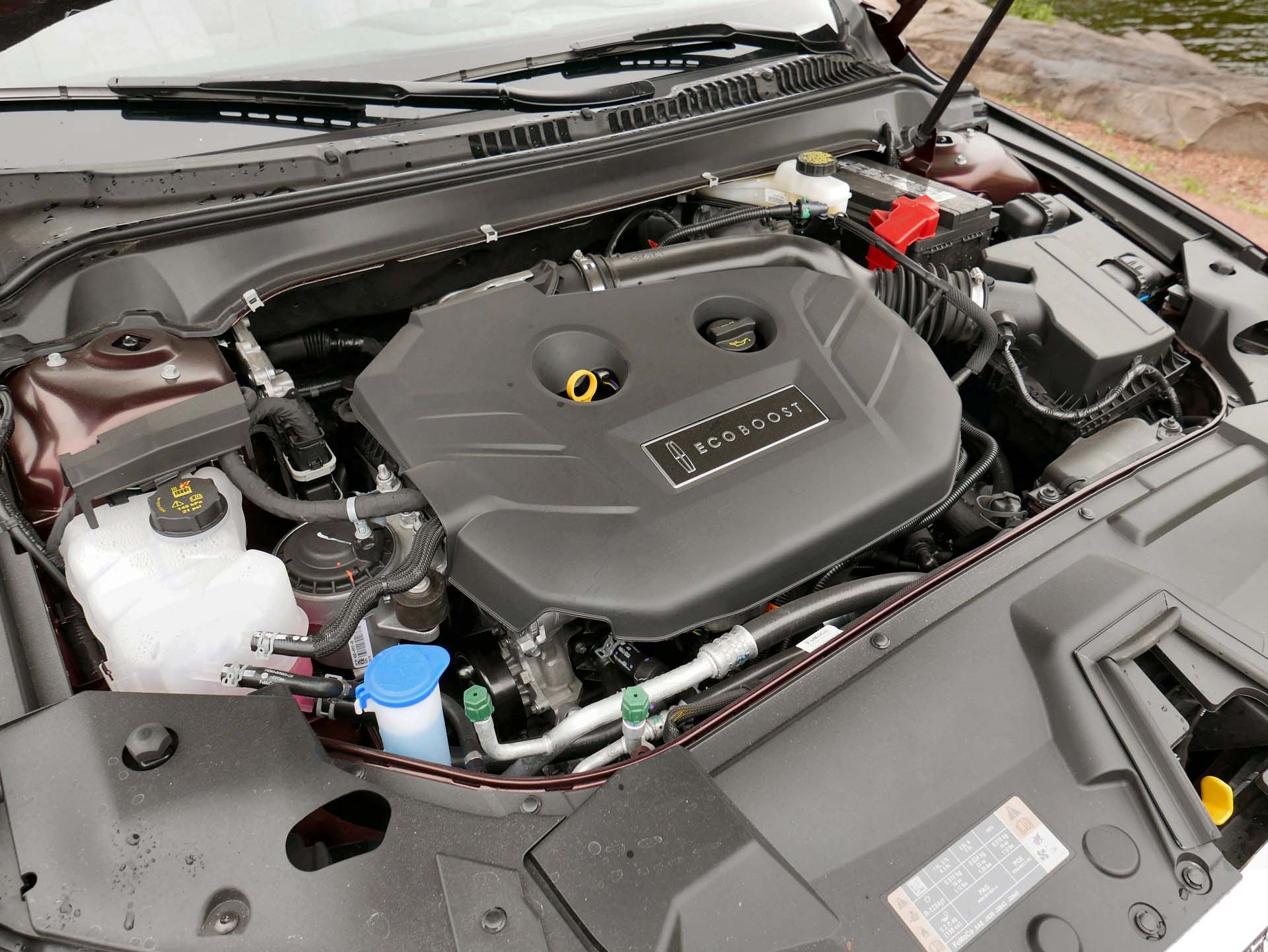 A: Yeah, you're going to have to wait
B: But not too long

Both the base and hybrid versions of the 2017 Lincoln MKZ are currently on their way to your local dealership, but the twin-turbo V6 is going to take a bit longer to hit showrooms. How much longer? Most likely this coming fall, which means you won't have too frustrating of a wait for the quickest Lincoln to have emerged from the factory in quite some time.