Your Guide to Getting Around at Euro 2016

The 2016 UEFA European Championship is coming up, spread over June and July, at 10 venues scattered across France. If you’re planning on making the trip over to cheer on your favourite of the 24 teams at some of the 51 matches, the easy part is getting your flight over. There is no shortage of flights from most Canadian cities to destination cities in France. The hard part is what to do once you get there. So here’s your autoTRADER.ca guide to getting around in France.

This is a car site, so we are naturally leaning toward driving. With games as far apart as Lille in the north, Nice on the French Riviera, and Bordeaux in the west, there is plenty of opportunity for a beautiful drive across the best France has to offer.  But that said, even just a round trip to those cities plus a start and finish in Paris is the better part of 3,000 km. So if you’re planning to go EVERYWHERE, then the rail system might be the way to go. Rail passes are good for a set number of travel days in a set time frame. So if you’ll be on the train every day, a pass starts at around $1,300 (any price with a $ in front is Canadian dollars, converted at $1.47 per €) at sites like Rail Europe for the month of the tournament. But if you think you’ll only be moving around every few days, a 15 travel day pass good for 30 days is about half that, and the less you travel, the less it costs. The rail network is excellent, and can take you just about anywhere. As an example, the trip from Lille to Nice is about eight hours, largely on a high-speed TGV train. A note of caution, some trains require a reservation, which may either have a limited number of rail pass seats available, or require an extra charge (or both) for pass users. The side benefit of the pass is that if you decide you want to just go somewhere else, the pass covers much of Europe so you can do whatever you want.

Flying around France can also be surprisingly affordable. Passes are available from Star Alliance airlines with flights starting at around $110 Canadian (plus all of the fees and taxes and surcharges) per leg, or flights are available from discount airlines such as Ryanair starting at just under €20. It’s worth looking at if you’re in a hurry, or if you just need to get somewhere extra quickly. Although the train’s fast enough that you might not save anything with a flight.

What if you want to drive, but you also want to save on hotels? Well, there are a few options. Sites like Pitchup let you book campsites. So you can buy a tent when you arrive, and take it around with you from site to site. You can also rent a stationary camper trailer. It’s a travel trailer that you rent daily, but can’t take with you. Think of it like a one-room hotel or cabin in the woods. Prices start from under $20 for a tenting site or $50 per night for a trailer, which is good when hotels are $200 and up per night.

A more fun option is an RV. There are lots of options. There’s the boring full-size RV, like the ones you’d expect to see here. They’re available from companies like Avis Caraway, or Motorhome Republic. You’re covered for your hotel, AND your car, starting from around $270 per night. Just be careful, gas is $1.66 per litre, and these RV’s are big. This is a great option for small groups (if you and your friends are really close), or for families.

What if there are just two of you? How about a van? You can get a VW Campervan from the sites listed above, and also specialist companies like van-it from around $200 per night. And since there are more seats than beds, if you have friends who don’t want to camp, you can drive them to their hotel and still save. For a real classic experience, 69 Campers rents classic VW Microbus campers and are based out of Cannes. Now that’s how to see the country with style.

Ok, now to the good stuff. Cars! Rental cars are available from the usual companies you’re used to here, like Avis, Hertz, National, and Budget. There are a few companies you may not have heard of, like Sixt and Europcar. There are also companies that specialize in European rentals to North Americans, like Auto Europe, that will search all of the major rental agencies to find a deal. It’s largely the same as here, where you show up, show your license and passport, and drive off in a car. If your credit card covers rentals, you should be covered in France, but some credit cards (and some rental car add-ons to your own car insurance) cover Canada and the US only, may limit the length of the rental, or may limit the total value of the car covered (a 1:1.5 exchange rate and higher car prices and taxes can hit the limit of many policies quickly), so check your policy for details.

Full coverage from one of the rental agencies can run to over $1,500 for a month-long rental, so another option is a company like Europe By Car. They do normal rentals, but they also have the option of a short-term lease. This gives you the choice of most models from Peugeot or Citroen, and you can even pick from a selection of trims and engines. A 31-day "rental" is currently around $1,800. This is a bit more than the normal rental agencies, but you get the car you request, and full insurance and unlimited mileage are included which could translate into big savings. 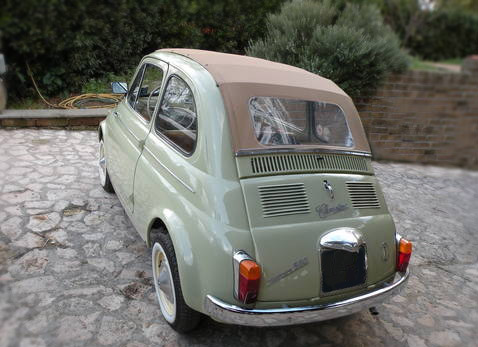 The smallest class of cars will include things like the Fiat 500 or VW UP! So if you have more than two in the car, it’s not likely to work for you. Don’t forget you have up to a month’s worth of luggage. Something the size of a Ford Focus is four or five sizes up from the base car, depending on the agency. If you want something like a Taurus or an Impala, you’re probably looking at a Mercedes E-class, and the price will be closer to $4,000 for a month.

But say you’ve got a handful of friends with you. You know, just the gang, your besties. So 25 or so of you. You could rent a half dozen cars, or you could hire a coach. Let somebody else drive you around unfamiliar roads while you sit back, watch a movie, and drink wine. No worries about finding a parking space for you!

Ok, fine. You want to drive. But you want something a little more comfortable than a Peugeot 108. Well, Avis has an answer for you. They’ll rent you a Mercedes S-Class, a Porsche Cayenne, or an Audi S7. For some real driving, you can take your pick of Porsche 911s in coupe, convertible or Targa form. That’ll get you to the game fast and in style.

Still haven't found what you're looking for? I understand what you’re saying. You’re thinking “I’m someone who can spend a month in France watching football, where are the cars for me?” Ok, fair enough. How about a Bentley? Or an Aston? A Mansory? Or the truly luxurious Excalibur? Those are available too, along with your choice of the best, most luxurious, or fastest cars in the world. Modern or classics. You can even get a Bugatti Veyron, from just $14,000 per day. 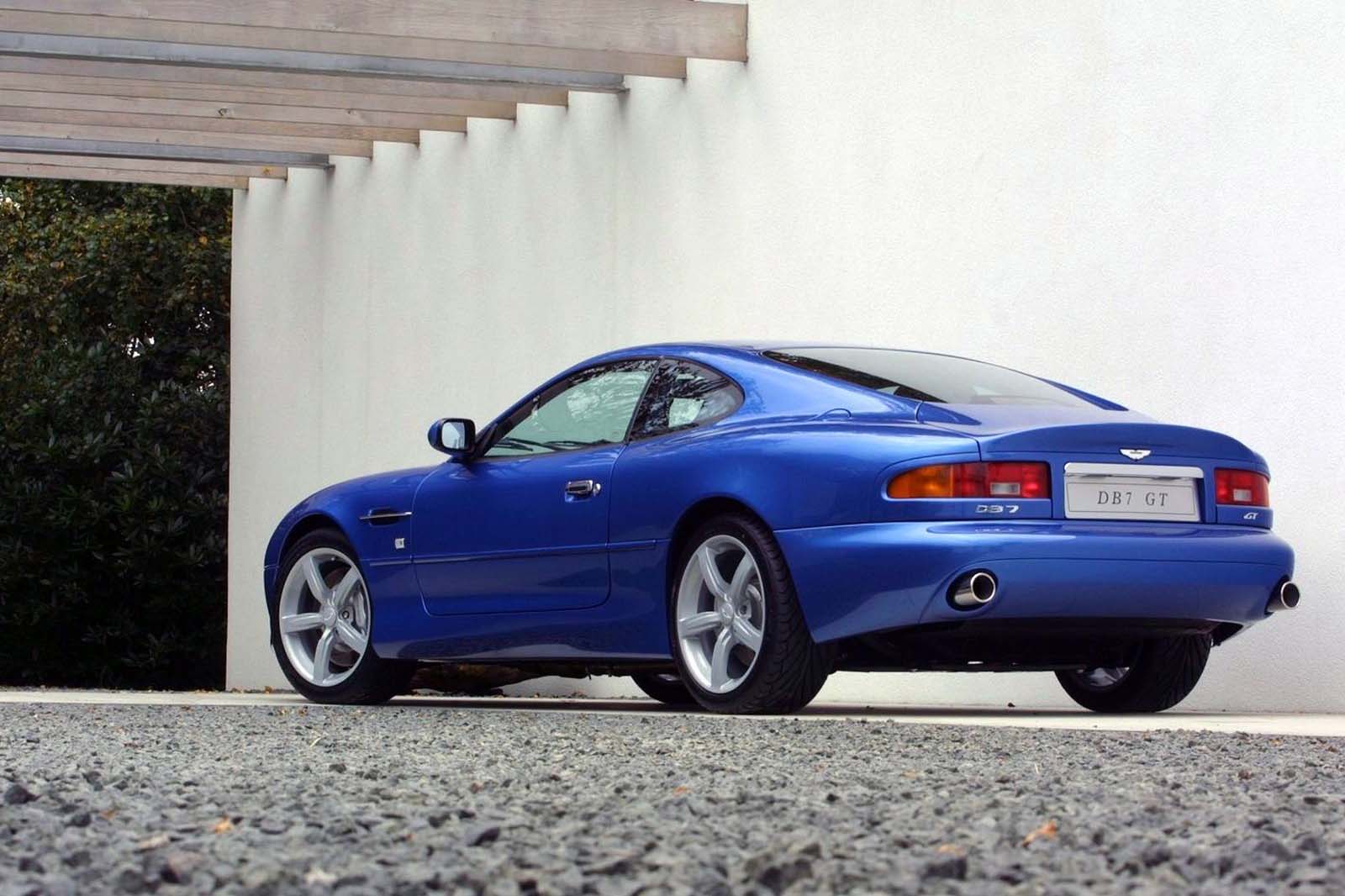 What? Still not what you were looking for? You’re right. Highway tolls, Gendarmes, you can’t really use that speed anyway. What you need is the fastest way to get around, to nearly everywhere you want to be. You took your private jet to Paris already, but that won’t help you get around in the cities. What you need is a helicopter charter. There’s no better way to make an arrival than that. Show up in a chopper, and they probably won’t even ask you for your tickets. The sky’s the limit! (Sorry, couldn’t resist).

But in case what you really want is that quintessential French car, the Citroen 2CV, I haven’t forgotten you. Surprisingly, there seem to be only a few places renting out the old deux chevaux, including Tour de Canard and Vintage Road Trips. What you might want to consider as an option is checking the local “petits annonces” (classifieds) and buying yourself one. They seem to be available starting from €2000, and at that price you could walk away, or try and re-sell at the end of the trip. Navigating the French department of motor vehicles site was a bit much to go through, so this chance at your own Top Gear-style adventure could be more of a challenge than planned, however. 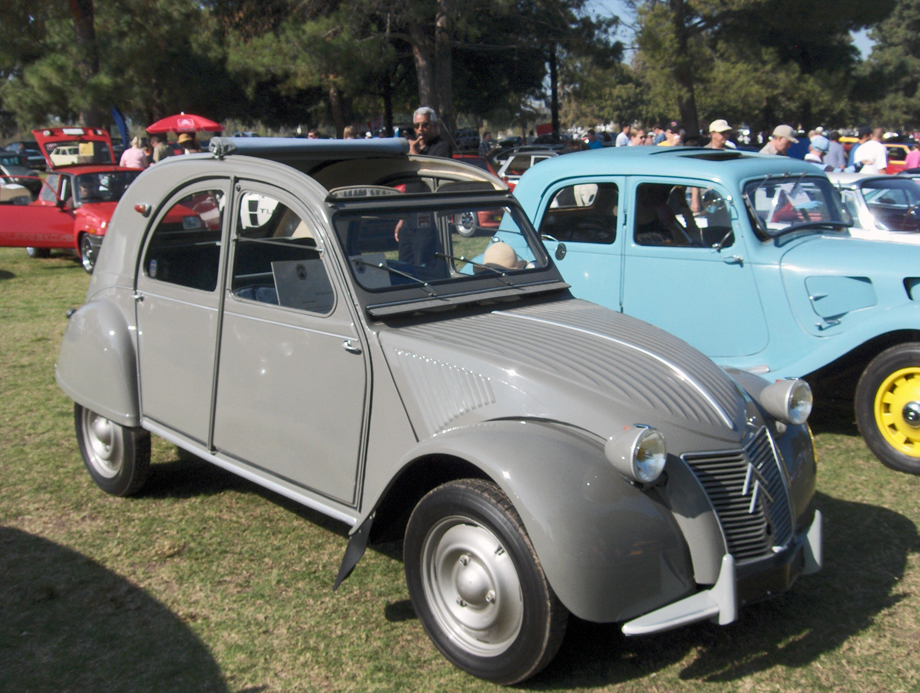 I’ll end with some driving tips. Some important things to remember are that the speed limits can change in the rain – lowering in some cases by as much as 20 km/h. In-town speed limits start at the town sign, and may not be posted. On some roads, traffic entering by turning right gets the right of way. Here’s a booklet for UK drivers traveling in France put out by the AA. But above all, remember to stay safe, and enjoy the games.