It’s Easter, a time for repentance, for contemplation, for sitting with family and for Easter Eggs! Those chocolate goodies are every kid’s favourite part of Easter – but it’s not just in the garden or White House lawn you’ll find Easter Eggs.

Automakers have been sprinkling cute little details throughout their cars for years – neat little creative flourishes for owners to discover and enjoy. Sometimes they’re a nod to the car’s past, sometimes they’re pure whimsy – but always, they’re a little bit special. Here are some of our favourites.

You might remember the Honda Power of Dreams ad campaign from some time back. It featured Honda products with two wheels, four wheels and even wings. Well, in the console bin of every 2016 Honda Civic you’ll find one of two versions of artwork celebrating the “power of dreams”. We heard about this one on the grapevine and it took us four hours to actually find it. It was worth the wait. 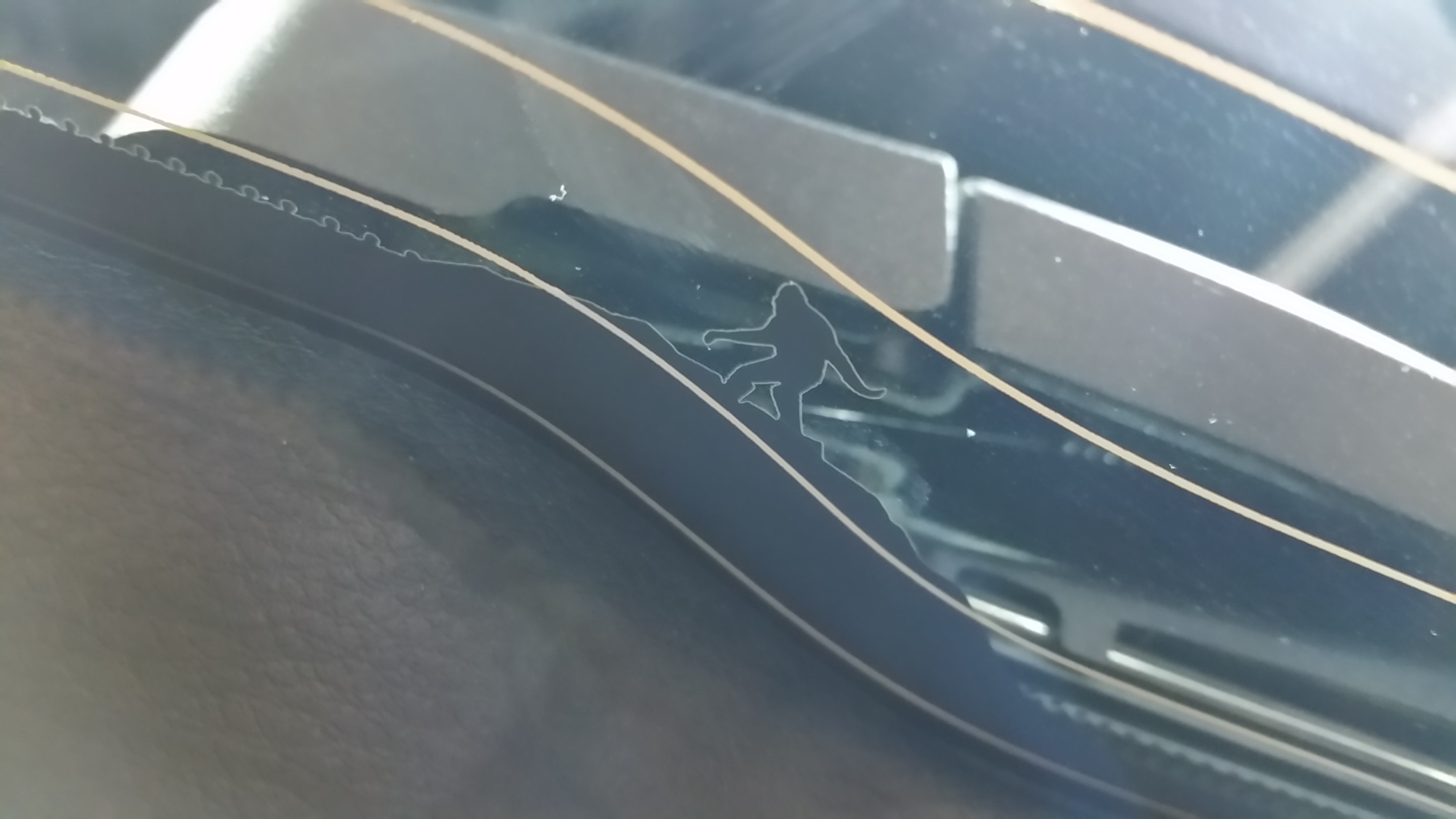 The Fiat Chrysler group are bandits for Easter eggs – they’re strewn throughout seemingly every one of their products, but the best set come from Jeep. There are Willys Jeeps all over them, including one making its way around the windscreen. But our very favourite is the tiny Sasquatch walking up a “mountain” in the rear hatch window. 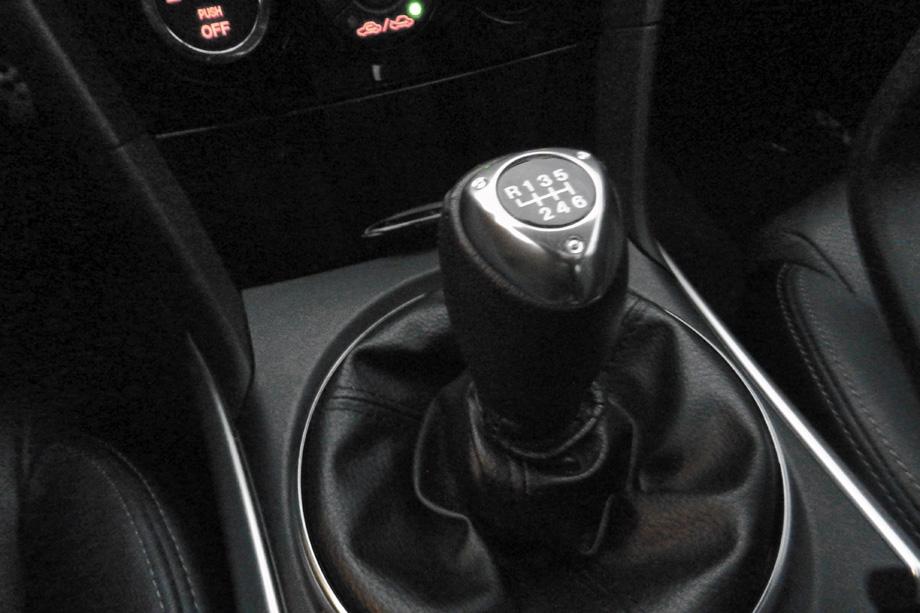 The rotary is an understandably important engine for Mazda, which is why they gave it plenty of nods in the final generation car to carry the engine. The 2011 Mazda RX-8 had rotary ‘piston’-shaped centre stack, wheel cutouts, and even the gear shifter knob. 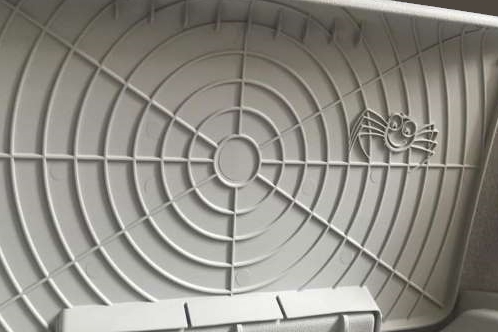 Arachnophobes should stay well away from the third row of the new Volvo XC90. Peek under a storage bin and you’re liable to get a fright! After deciding that the plastic webbing which braces the bottom side of the lid was ugly, some whimsical genius added a spider to it. Bravo Volvo!

Arachnophobes might also want to stay out of the fuel cap in the Jeep Renegade. 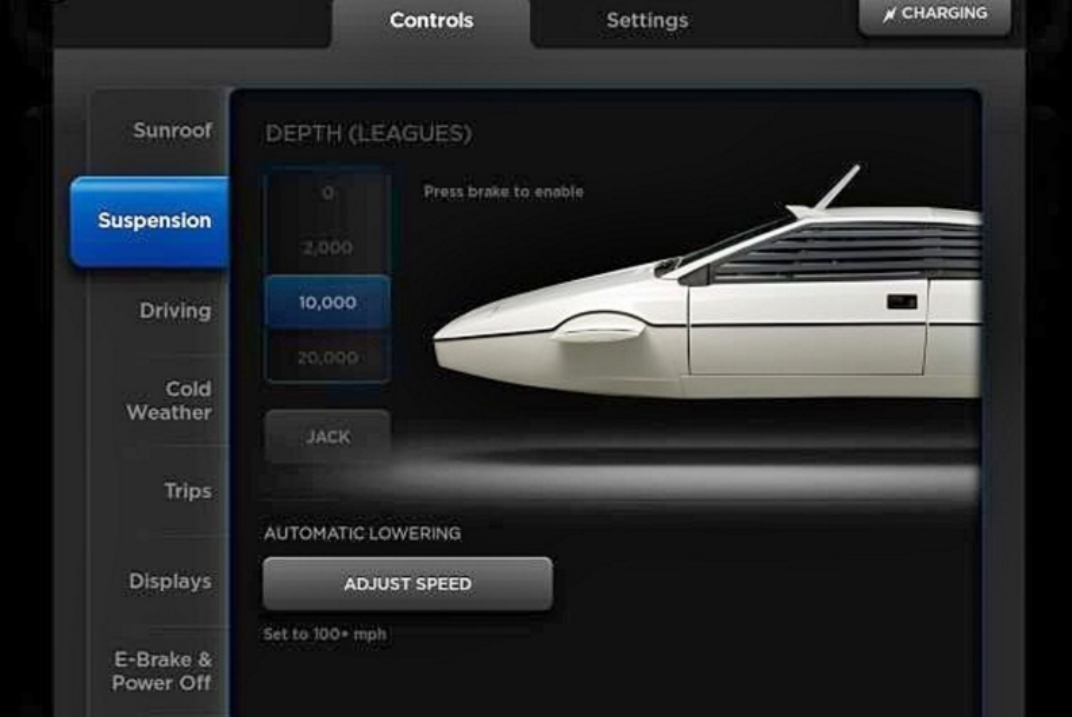 Inside the huge touchscreen of the Tesla Model S is a nod to Elon Musk’s favourite car, the Lotus Submarine from the Bond movies. The image is selected via a hidden menu, and it also allows you to change your suspension settings by measures of depth (leagues) instead of height (inches). You’ll also find “Ludicrous mode” and dials that go to 11, because pop culture references are hip and young and cool and stuff. You know, like "Falcon Wing" doors. 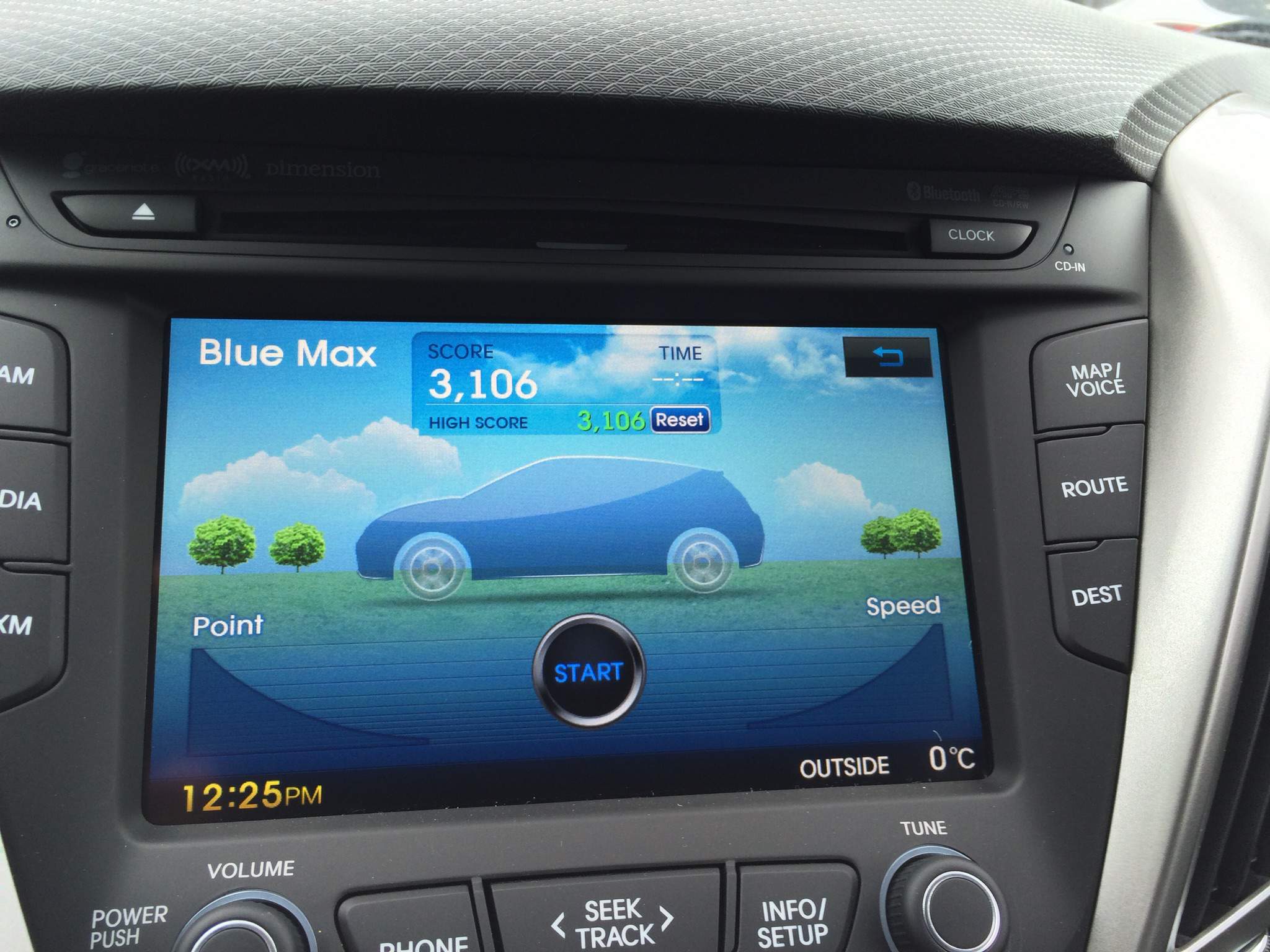 Hyundai has hidden a whole video game in the Info menu of its Veloster. The game measures your throttle and braking inputs to give you points for fuel economy. The more efficiently you drive, the more points you get – there are even websites with high score ladders from Veloster fanatics! 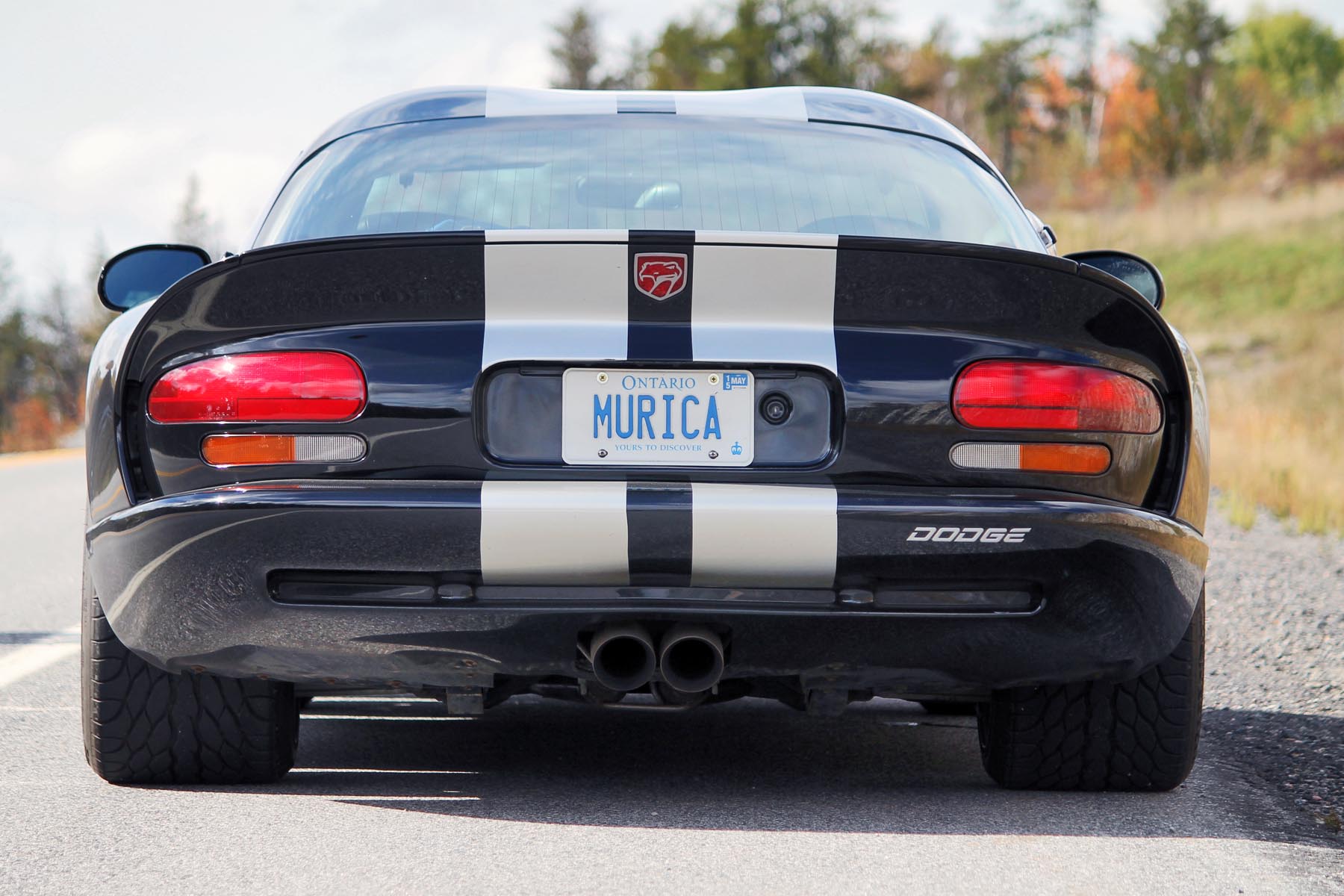 Even hitting the brakes in a Dodge Viper can be scary! Assuming anyone is actually able to get close enough to you to notice, when you stomp on the anchors an angry-looking snake flashes at the people behind you, making them, we assume, cower in fear. 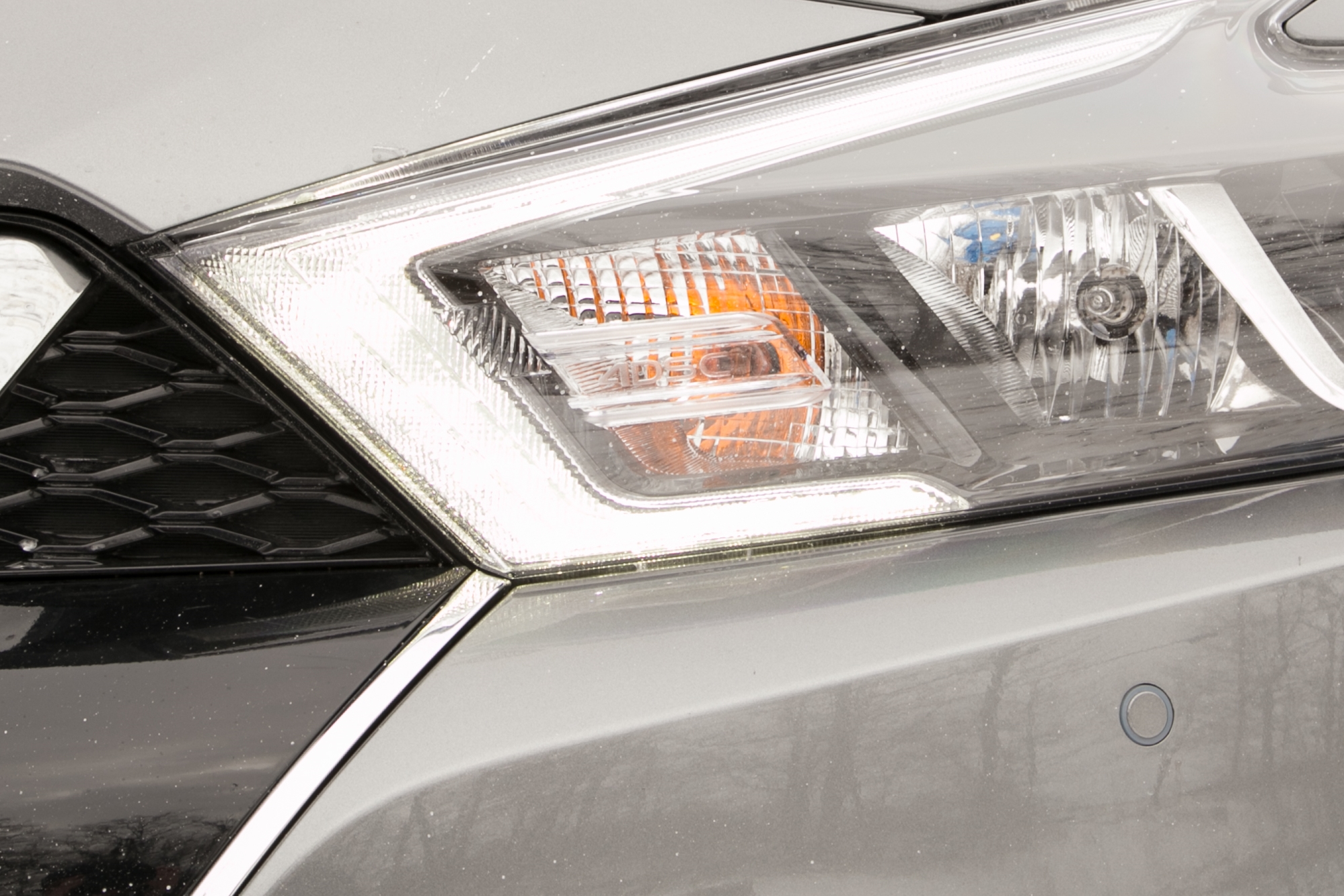 Nissan used to market the Maxima as a “four-door sportscar” with great success. They kind of still do, though it’s a bit of a long bow to draw these days. The 4DSC moniker is a neat abbreviation regardless and if you look ever-so-closely in the headlight cluster you’ll find it hidden away in there.

Apparently there’s a Nissan Titan version too, but it just says “Titan”, which is not nearly as cool.

Take a close look at the window tint around the rear windscreen in the newest Corvette and you might notice a pattern emerging. Rather than nondescript dotting or hashing, the tint is made up of hundreds of tiny “crossed flag” Corvette logo silhouettes. You’ll also find the “Jake” Corvette mascot on the airbox cover. 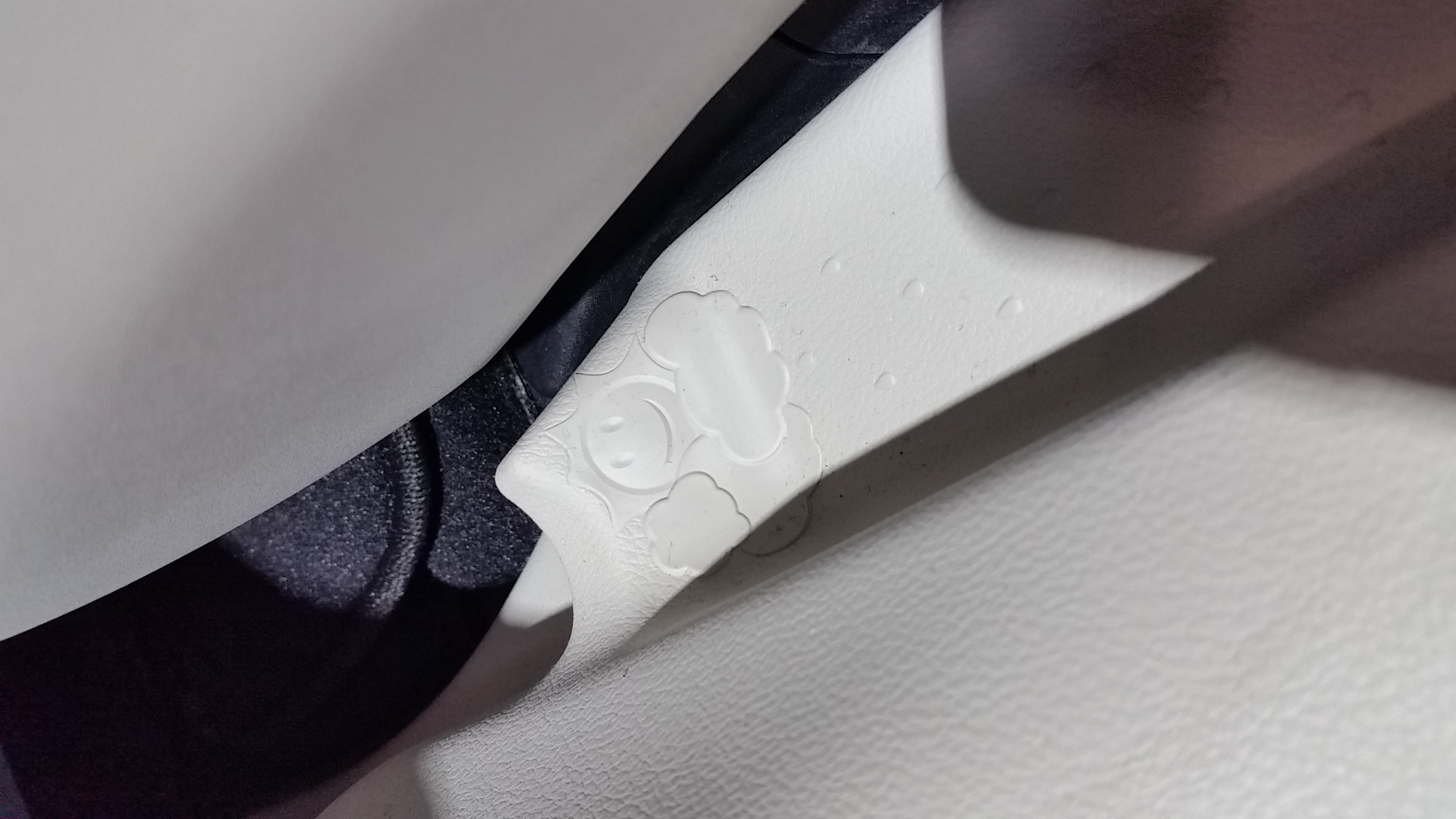 On the umbrella holder next to each front seat n the brand new Chrysler Pacifica you'll see a cheery reminder of sunnier times, courtesy of this little design addition. Also, umbrella holder: nice one.

Anything Range Rover can do, everyone else can do… um… better? Puddle lamps are cute, and fun, but not even a little bit cool. Not even when they’re shaped like a galloping Mustang as in the Ford Mustang. Which, by the way, was named for the airplane, not the horse so what the heck?

You’ll find puddle lamps in the shape of wings in the Hyundai Genesis (sorry, Genesis G80), a little stylized Range Rover silhouette in the Range Rover products, an M in the BMW X5M and even a Scion (RIP Scion) logo in the 2014 Scion xB!

About Jacob Black
Jacob is a writer and a journalist who enjoys cars, driving and jokes. Sometimes he writes a series of jokes and loosely connects them to a car he was driving. Jacob Black is not a werewolf.
Follow me
You may also like
AdChoices
Latest Articles