“Awesome” is one of those words so overused that its original meaning has worn thin and patchy. Originally, the kind of thing that would strike you awestruck was a cataclysmic event or a fearful prophecy – “Don't stand around gawping like you've never seen the hand of God before” – that sort of thing.

However, and as unlikely as it may seem, it may be entirely appropriate to call this thirty-year-old Chevrolet Cavalier wagon awesome. Why? Because it's more than a survivor, it's a near-flawless relic that has you stopping in wonder, dumbstruck by perfection. Well, maybe perfection is the wrong word here...

Anyway, this light brown blast from the past is a West Coast kid, tucked away in a garage in Victoria, BC, and hardly used. It has just over 20,000 km on the clock (!), and just so happens to be the fully loaded Eurosport version. That means a 2.8L V6, air-conditioning, cruise control, and an automatic transmission. Wow! 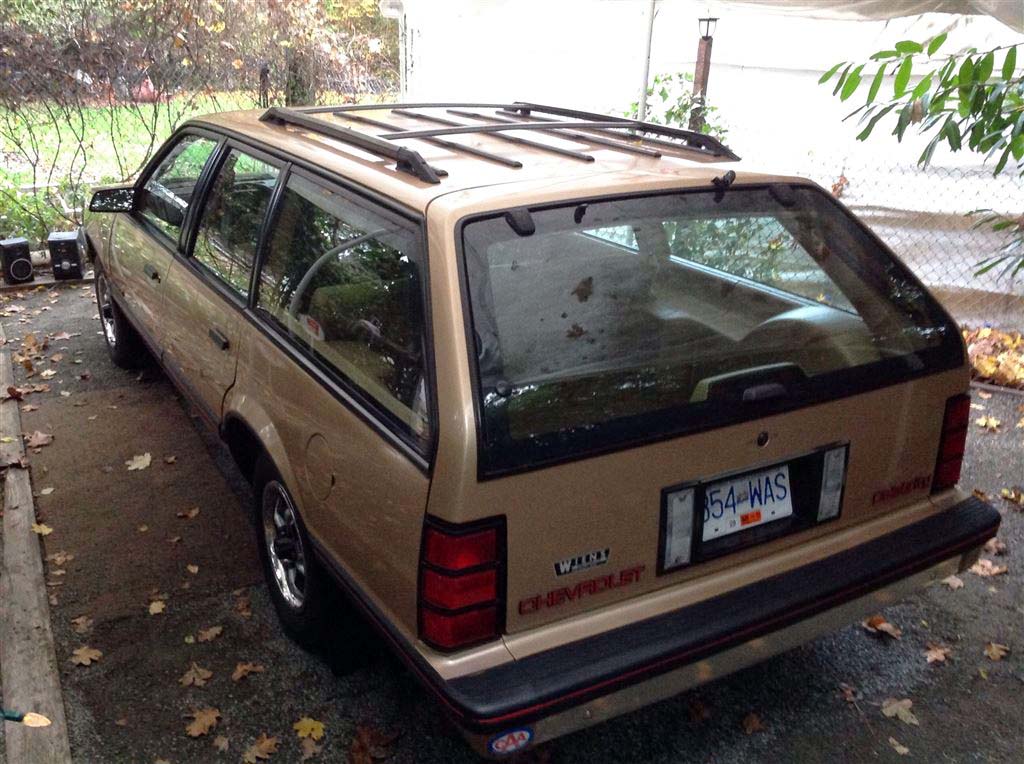 The price is, it has to be said, a little ambitious. But then again, where else are you going to find something like this? Cast your mind back to 1986: Expo 86 was in full swing, the Legend of Zelda was just released for the Nintendo, and the Challenger space shuttle disaster was about to forever change our lives.

And, if you were a suburban homeowner with a couple of kids and a penchant for weekend projects, you could buy something like this, a compact brown wagon with lots of room for your stuff and a peppy V6 to make the trip up and down the island highways. In this particular case, it looks like the car was only driven around town, very sparingly. Victoria being something of a retirement community, especially in the mid-80s and early 1990s, it's the proverbial one careful elderly lady drive (maybe).

No, you won't be reliving American Graffiti, nor cruising in the wire-spoked-wheel splendour of a British classic. Still, slap a few collector places on this car and crank up the Bryan Adams. It's only love.