Lego partners up with manufacturers for 2016 Speed Champions series

If there’s one thing you can say about Lego, it's that it has done well to change and adapt to the times. Just when we thought that movies, then video game consoles, then mobile games were going to leave those plucky little bricks and minifigures for dead, Lego went out and signed licensing deals with all the biggest movie brands: “Oh, the kids like Batman? Let’s do a Tumbler (and did they ever; it’s 1,869 pieces huge). Oh, they’re rebooting the Ghostbusters franchise? Let’s immortalize the original ECTO-1 in brick form. Oh, The Simpsons is still going, and still popular? Let’s do the house. And the Kwik-E-Mart. And pretty much every notable character in minifigure form.”

With the Lego Speed Champions series, Lego has now entered the automotive realm like they really haven’t before. Oh, sure; there’s been special one-off models of stuff like the Enzo and Lego F1 car for the Technic series, but that’s a very specialized brand and few kids will ever have the patience. The Speed Champions cars, on the other hand, are inexpensive ($17.99 per), fairly simple to construct and rooted in reality as they’re actually licensed cars.

Obviously, Lego is doing something right; 2016 brings about the second batch of these 1:43 scale wonders, punctuated by a deal with Ford that has them doing two separate sets featuring Ford vehicles. They actually worked with Ford designers to make sure their sets looked as close to the actual car as they could, considering the modular baseline they had to work with.

Both sets feature cars from Ford’s 2016/17 line-ups; the first, a replica of the Ford Mustang, is a standalone item. The recently-announced F-150 Raptor pickup, meanwhile, is actually featured in a set that includes two vehicles: the truck, as well as a Model A hot rod and trailer. How cool is that?!?

It doesn’t stop with Ford, either; watch the shelves for a Porsche garage set featuring the famous 917 race car, a drag-racing set featuring a current and classic Chevrolet Camaro, and more.

The Lego Speed Champions sets can be found online at shop.lego.com, at Toys-R-Us or at Lego stores across Canada. 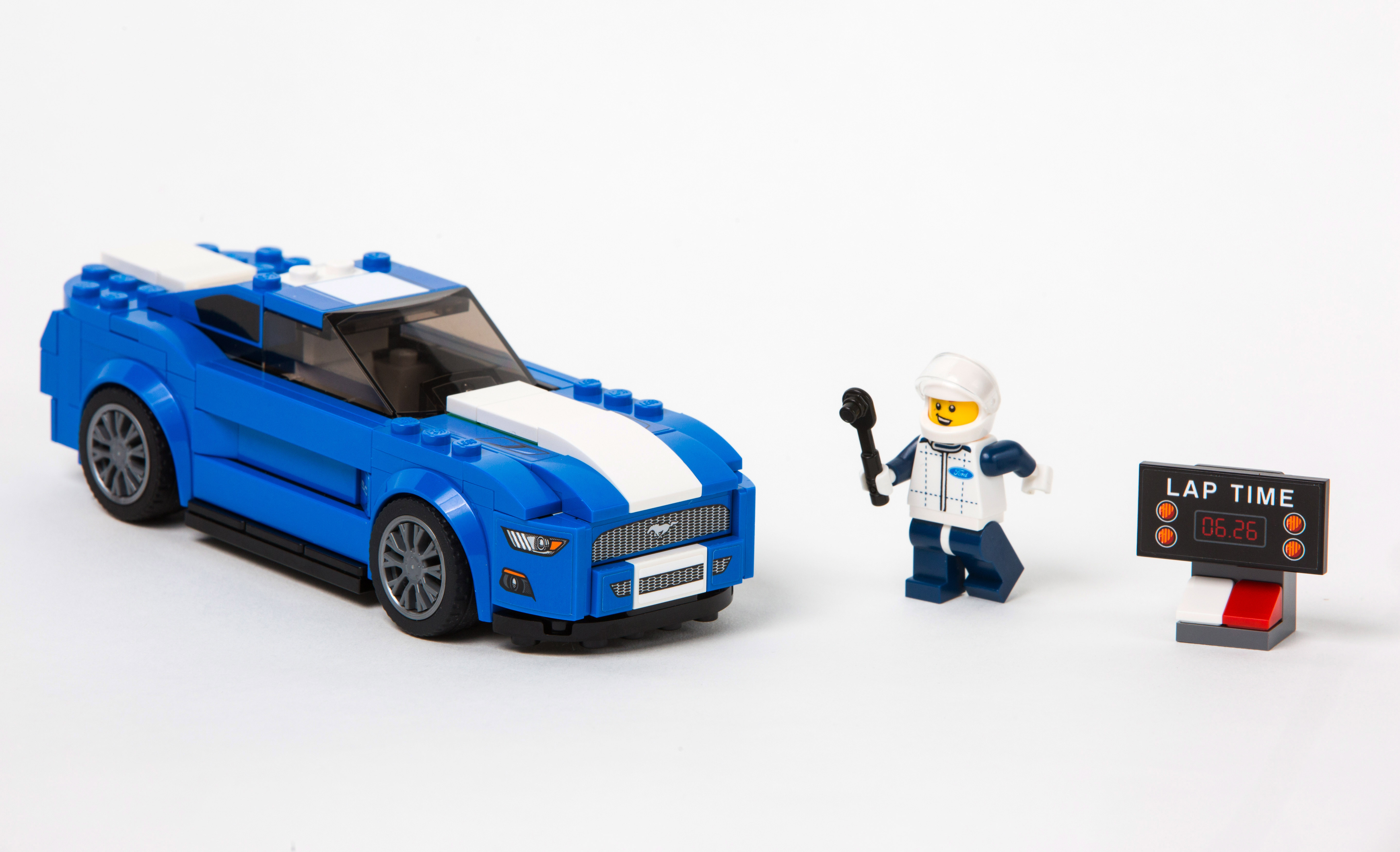