Auto shows are chaotic at the best of times, and in a show as massive as the NAIAS, it can be absolute pandemonium. Luckily, you've got a crack team of automotive experts to bring you all the big news coming out of Detroit this week so you can get the goods without having to brave the crowds. Start with our Day 1 round-up if you haven't seen it yet. It's sexy. It's fast. It's a production vehicle. The Lexus LC 500 is a concept come to life, the LF-LC to be precise. More than a halo car, it also marks the debut of Lexus' new front-engine, rear-wheel-drive architecture (GA-L) that will also underpin the upcoming LS flagship sedan. By trading the carbon-fibre found in the LFA for high-strength steel, the LC 500 chassis "achieves unprecedented torsional rigidity never before seen in a Lexus." If there were an award for "Most Likely to Go Into Production", the Buick Avista Concept would be the winner. Based on the Camaro platform, its sharp, fluid exterior is attractive without being so exotic as to forsake mass appeal. Inside, the cockpit is dominated by a large LED-lit display that covers two-thirds of the dashboard, which seems far-fetched until you consider the fact that current vehicles can have upwards of four screens facing the driver. With body lines faithfully reproduced from the original concept, the Infiniti Q60 not only looks aggressive, it also boasts a 3.0L twin-turbo V6 that can be tuned for 400 hp. Did we mention this is going on sale this year? Rounding out the parade of big grilles, the Acura Precision Concept's "diamond pentagon" proved to be a highly polarizing feature. With acutely angular creases and utterly impractical headlight "fractal elements", this is a concept car in the purest sense, meant only to showcase a new design direction. Hold the phone, we've got another 400 horsepower concept vehicle entering production. The announcement of the Lincoln Continental on Tuesday morning was widely anticipated, but the production model still had some surprises up its sleeve, such as door handles that flow out from the body as a single piece of chrome-plated metal, featuring a soft-open and close mechanism reminiscent of a Rolls-Royce.

Unlike the majority of new reveals at the Detroit auto show, the Genesis G90 draws on a more traditional design direction, instead dialing up the extravagance on the interior, with a slew of amenities and luxurious appointments to swaddle passengers in comfort. An understated, handsome vehicle, the Volvo S90 makes no missteps, except in dragging out the dreaded "four-door coupe" moniker. The interior is adorned with subtle details that reward the keen observer, while an available hybrid powertrain offers up that magic number of 400 hp. Coming back down to a slightly more sensible 325 hp, we have the new Ford Fusion V6 Sport powered by a 2.7 L EcoBoost V6. For those interested in a more fuel-efficient ride, both hybrid and plug-in hybrid versions will be offered for model year 2017. But if it's alternate fuel you're after, look no further than the Audi H-tron Quattro Concept. Based on the company's Q6 E-tron concept (which will be entering production for 2018), the H-tron concept trades electricity for hydrogen. Unfortunately, this is one concept that still has a ways to go, not because the technology isn't ready – both Toyota and Hyundai have launched hydrogen fuel-cell vehicles in the past year – but because the refuelling infrastructure simply doesn't exist at the moment and won't be built out for some time yet. 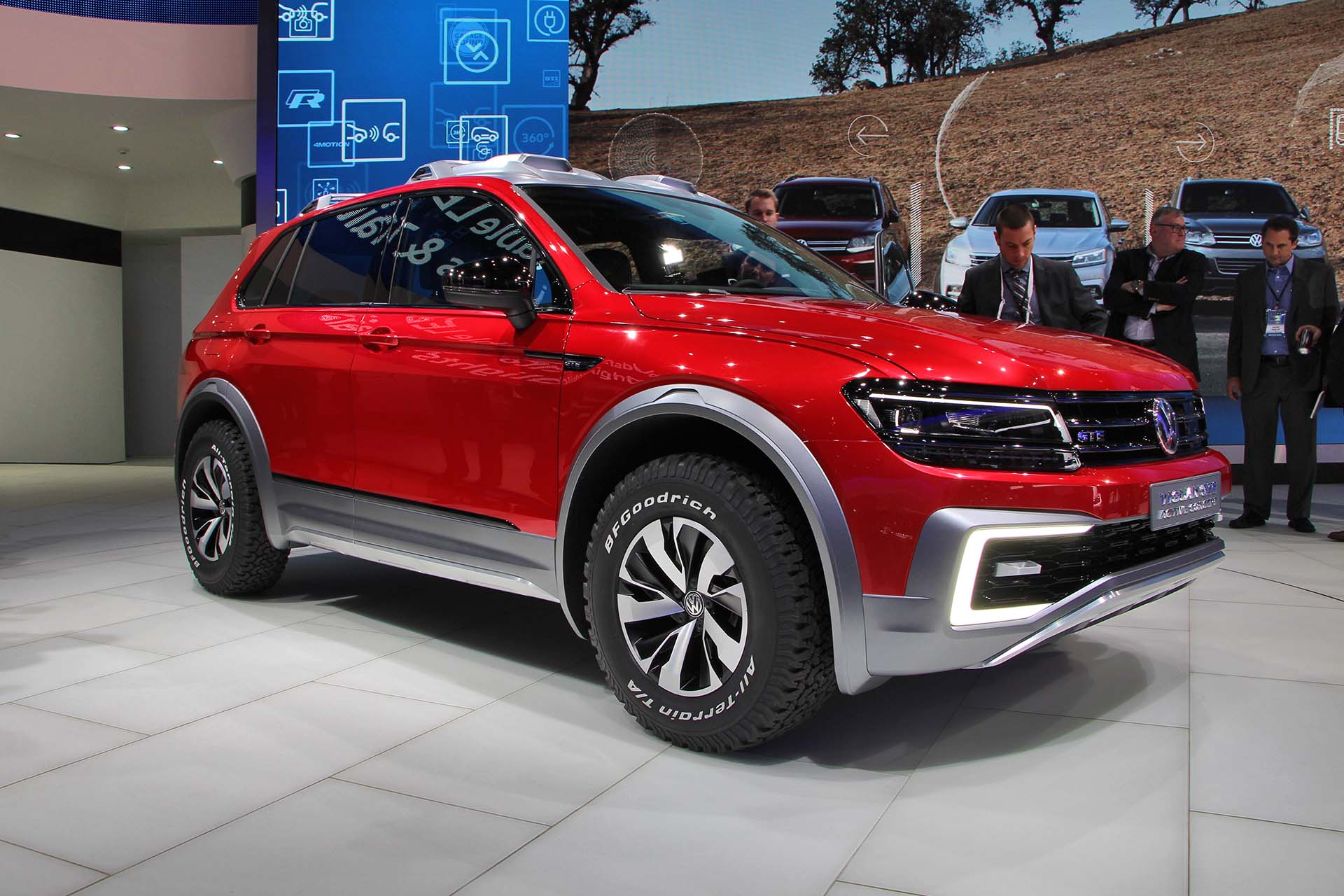 Speaking of pipe dreams, the Volkswagen Tiguan GTE Active Concept, which boasts off-road prowess and an electric-only range of 32 km, is unlikely to appear in the Canadian market in the foreseeable future, also hampered by a lack of infrastructure to support it. Unfettered by earthly concerns, the Kia Telluride Concept is a majestic unicorn of truly off-the-wall technology. Passenger vitals (heart rate, etc.) pop up on displays built into the doors, a Light Emitted Rejuvenation (LER) system built into the ceiling treats jetlag and boosts energy, and we wouldn't be surprised if the speakers have been specially tuned to maximize the soothing strains of Only Time by Enya. For those of us still on planet Earth, however, the Audi A4 Allroad Quattro is the crossover-height Avant wagon we North Americans have been waiting for. Yes, the Chrysler Pacifica is a minivan. But it's not a Grand Caravan, just to be absolutely clear. With soccer moms increasing opting for mid-size crossovers to ferry their progeny around, it's not such a surprise that Chrysler revived the nameplate of its original mid-size crossover – though if we're going down memory lane, the Pacifica name was originally attached to a luxury minivan concept back in the '90s, so we've really come full-circle.

Revealed late Monday night, the GMC Acadia mid-size crossover is noticeably less chunky than the outgoing model, both in weight and shape. The boxy exterior has been softened with some organic curves, while the use of high-strength steel and slightly altered dimensions allowed for a 700 lb weight loss. Re-entering production this year, the Honda Ridgeline boasts one of the largest cargo beds in its class as well as an in-bed trunk that can hold a full-grown adult male. We're not sure what to make of that information, and if you do have an idea, it's probably best to keep it to yourself. Meant to compete with the Ford F-150 Raptor, the Nissan Titan Warrior Concept takes the diesel Titan XD and turns the "awesome" and "wicked cool" up to 11. Does anyone need this much truck? Does it matter? The most exciting changes to the E-Class have to do with its tech, chief among which are Drive Pilot, Mercedes-Benz's radar-adaptive cruise solution that functions up to 210 km/h, and Steering Pilot, which determines lane position not from road markings, but from surrounding objects on the road, which should help keep you safely away from inattentive drivers slowly drifting into your lane. Remember when 007 lead the bad guys on a remote-controlled car chase using his phone in Tomorrow Never Dies? Well, you'll be able to maneuver the E-Class in and out of tight parking spaces using an app on your smartphone. Why is the BMW M2 tucked so far down this list? Well, if you've even a passing interest in its spiritual predecessor, the original M3, you've likely been drooling over pictures of the new hotness for the last 48 hours already – that is, if you haven't already placed an order. Last, but certainly not least, the Chevrolet Cruze Hatchback takes the best-selling car that Chevrolet makes and gives it an additional helping of practicality. No need to go into details about this one, you'll soon see it pop up on every street corner.

About autoTRADER.ca
Canada's most trusted place to buy and sell cars.
Follow me
You may also like
AdChoices
Latest Articles