Imagine it's the early 70s, and you've got a dream to build a sports car unlike anything else on the market. You've already got the Batmobile under your belt, thanks to a collaboration with famed customizer George Barris, and you run into a self-made millionaire who's known for jump-starting Subaru of America. You build a few prototypes, snag a huge chunk of funding from the government of New Brunswick, and voila – you're in business.

It's hardly the standard genesis for a would-be automotive brand, but then again very little about Bricklin and the SV-1 was rooted in tradition. When designer Herb Grasse teamed up with auto magnate Malcolm Bricklin to challenge the Big Three in Detroit with what they termed their 'safety car,' the odds were long. Throw in the decision to pursue cutting edge technologies that were still in their infancy in the 1970s, (such as fibreglass-acrylic body panels), and a reliance on third-party drivetrains, and you've got a recipe for instability that would play out for many boutique automakers throughout the decade.

Still, 2,854 Bricklin SV-1s were built between 1974 and 1975 across three model years before the plugged was finally pulled. The SV-1 or 'Safety Vehicle 1' was an intriguing combination of design decisions, style, and performance. Its lightweight fibreglass and acrylic body panels concealed a full roll cage and a number of anti-intrusion systems that wouldn't be mainstream for many years, and it also offered distinctive gull-wing doors and a pointed 5-mph bumper snout that set it apart from other coupes of the day. Bricklin also made sure that its cars had enough power and handling prowess to give owners not just bragging rights on the street and strip, but also a fighting chance to avoid being snared in an on-road accident in the first place. 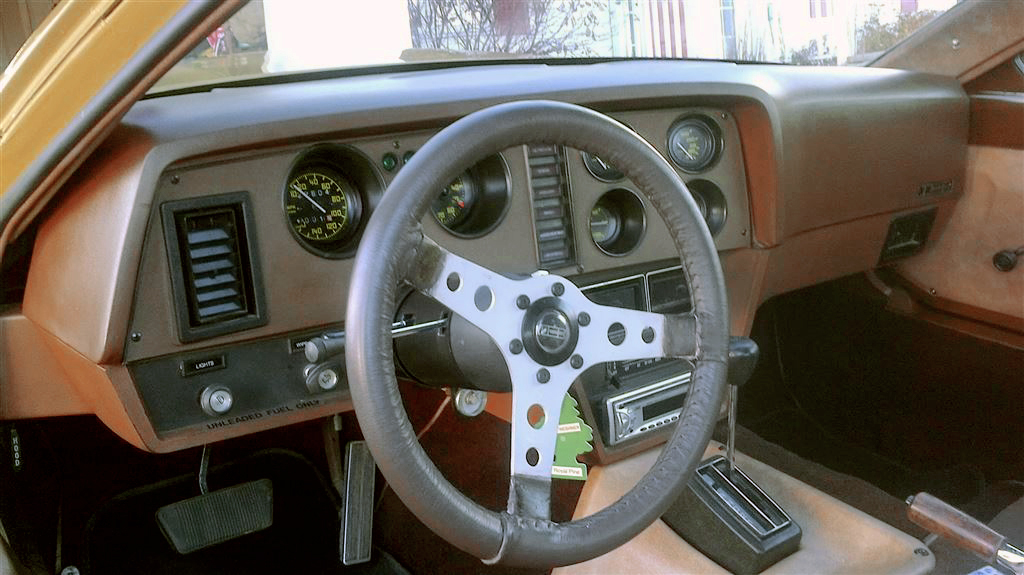 The model in this listing has been lovingly restored, and presents a polished example of the SV-1's potential. Owned by Dave Wilson, and found in New Brunswick not too far from Bricklin's long-gone manufacturing facility, it's a first-year 1974 edition, which means it sports a 360 cubic inch AMC V8 engine matched with an automatic transmission. Just over 200 horsepower and a combination leaf and coil spring suspension setup have the car driving much like a Corvette of the same period, says Wilson, who also owns a later-model SV-1 outfitted with a 351 cubic inch eight-cylinder Ford motor. The restoration was a full frame-off job, and Dave says finding parts isn't that hard for the vehicle, especially body panels – he estimates that only a few interior components had to be fabricated in order to complete the work, with 98 percent of the car featuring new old-stock parts.

Like all Bricklins, this SV-1 comes without any paint – the car's color was mixed in with the acrylic panels during manufacturing, with five different shades available. Wilson has owned the coupe for two years, and says he got involved with the unusual SV-1 legacy via a friend of his father who had sold close to a dozen of them when he was growing up. The best part of owning a Bricklin, according to Dave, is all of the people who talk to him about the car whenever he heads out to he grocery store or gas station. Many of them have stories of working at the plant or had friends who were involved with the company, but some are just intrigued by the car's striking looks. It's also great, he says, to show up at a car show and be the only one there with that type of vehicle, a level of exclusivity that’s typically reserved for the owners of Italian exotics.

New Brunswick-built, ultra-rare (with less 1,500 remaining, by most estimates) and supremely affordable, the Bricklin SV-1 presents an opportunity to not only own an example of Canada's automotive history but also look great and have fun doing it.