On the ground, this year's Los Angeles Auto Show felt flatter than a pancake. Sure, there were a few charming debuts, but even Lamborghini's debut wasn't particularly exciting. Oh look, a rear-wheel-drive Huracan, right on schedule to replace the equivalent Gallardo.

If you looked in the corners and lifted up the wraps, there were classics to be found, the odd racecar, and maybe even one of George Barris's customs. Beyond that, the 2015 version of the LAAS was filled with stuff we'd already seen before, cars we'd been expecting all year, and – in the case of the Fiat 124 – mild disappointments. However, while headline-writers were likely disappointed, everybody else should be thankful.

The unofficial focus of this year's show? Never mind the clever Alfa Romeo banners featuring the luscious Giulia sedan, the time of the nerds is at hand. You know, the cars people actually buy: the Sentra, the Elantra, the Escape. Even Mazda, steadfastly sticking to their driving pleasure mantra, set aside the track special MX-5s for a minute and hauled out a three-row crossover that might actually put some money in the ol' Bank of Hiroshima account. 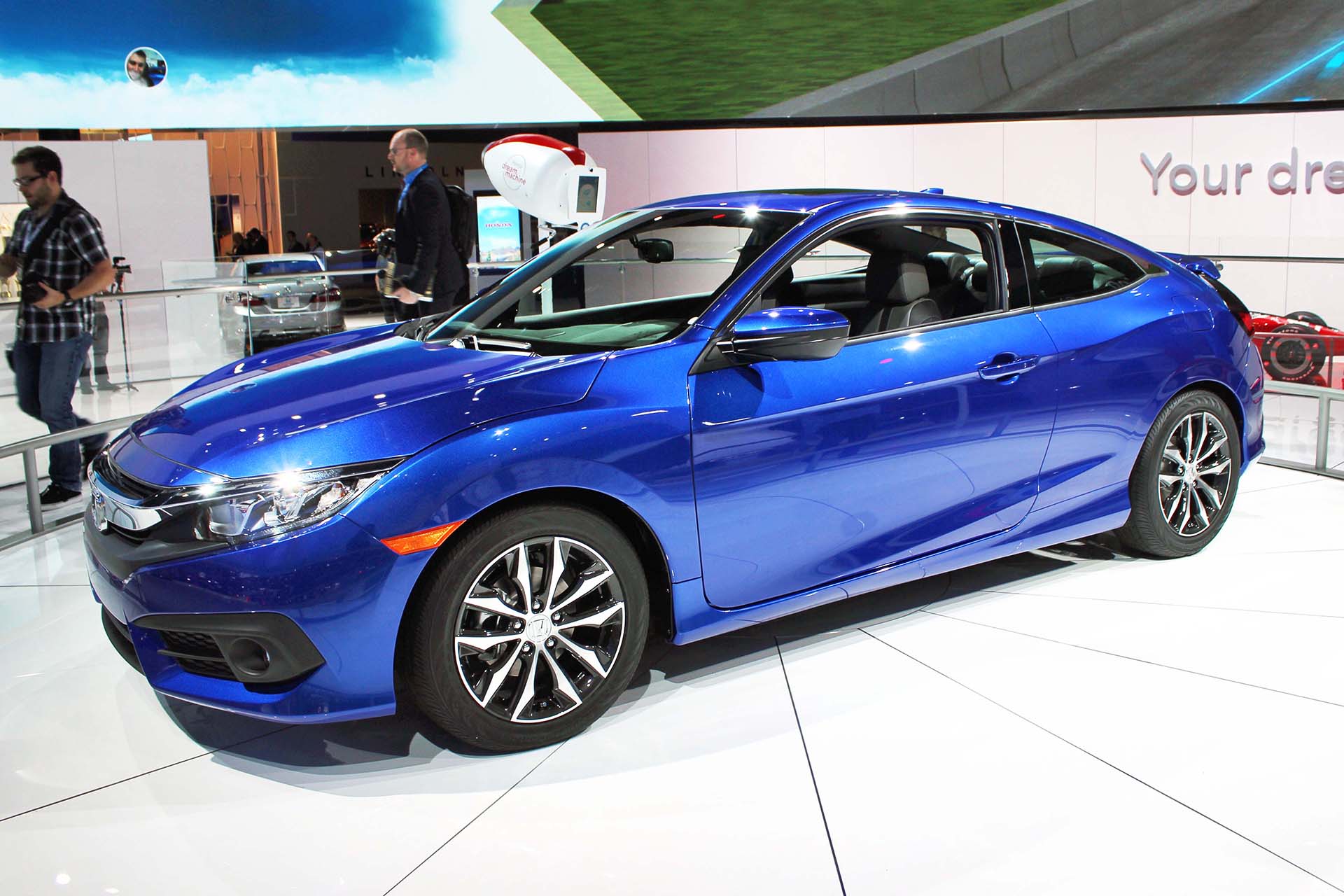 From the entry-level side, we got our first look at the Honda Civic Coupe, and it's pretty much what you'd expect. Does it stir our hearts up the rev range into VTEC?

Well, sorta’. It’s a sleeker-looking version of the new four-door, but there's still no manual transmission available for the interesting new 1.5L turbocharged engine. Still, as we discovered with the CVT-equipped WRX, turbocharging and continuously variable transmissions can still be a lot of fun for those who have to deal with traffic. 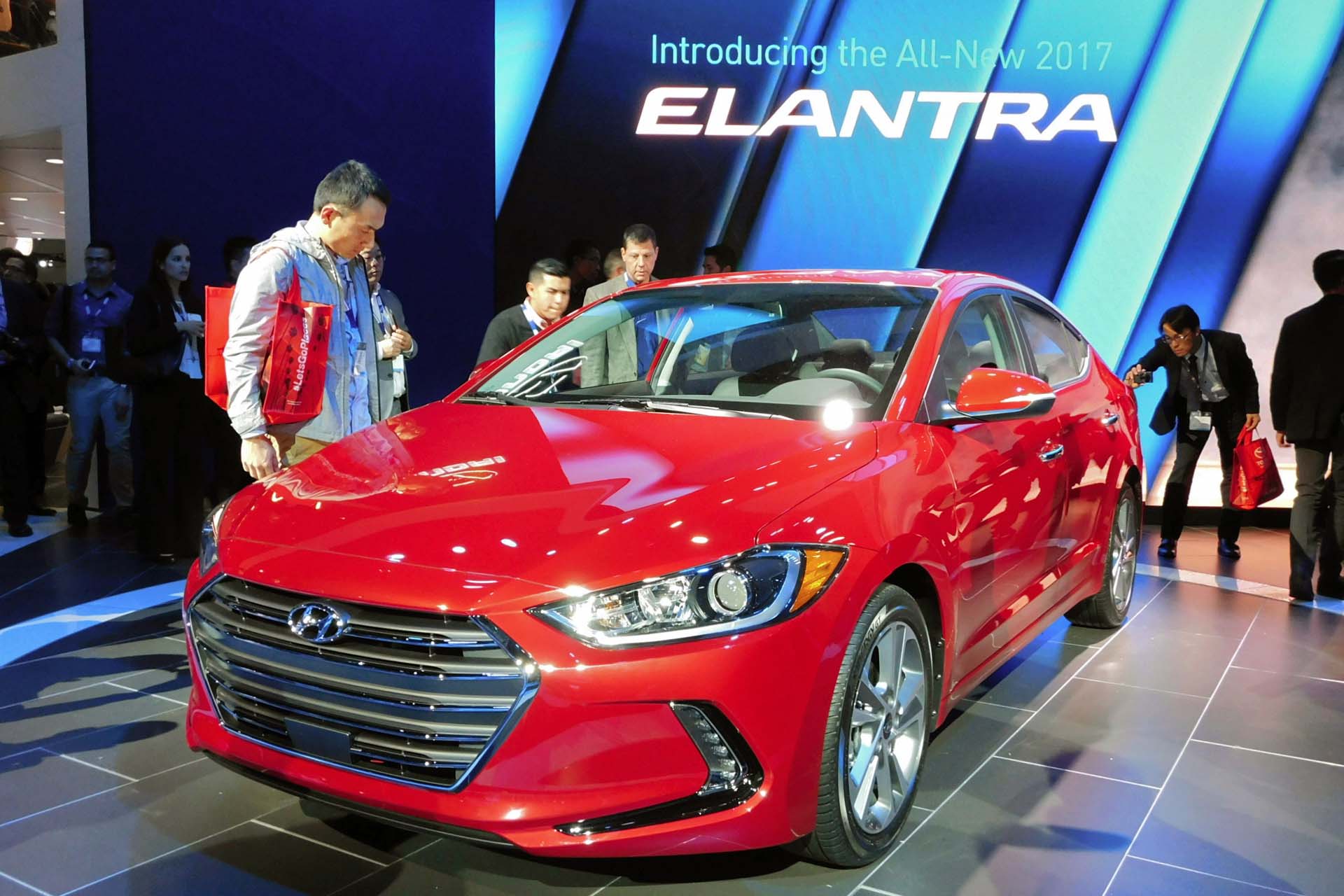 Hyundai trucked out a version of the Elantra that's less edgy than before, merely longer, wider, and roomier. Call it the kimchi Corolla and stifle a yawn – except that this little car has the potential to be very good indeed.

The smoothing out leaves the Elantra pretty handsome, and the Eco model's 128-hp, 156 lb-ft 1.4L turbocharged engine gets a seven-speed dual-clutch. That's not boring at all. Remember Nissan's IDX concept, kind of a throwback to the Datsun 510 coupe? Certainly nobody at Nissan does, as they unveiled a new Sentra sedan aimed squarely at sales targets. It looks a bit like a baby Altima, and retains the 130-hp 1.8L engine that will excite precisely no-one.

However, in terms of feature loadout, a lot of features are trickling down from Nissan's bigger cars. Check the box for the Sentra's tech package and you'll be able to get automatic cruise control as well as a suite of other gizmos the road warrior commuter will love.

Also, the pod-like Mitsubishi Mirage got a much-needed facelift and a bump in power of 4 hp. That's pretty mild, but it remains a cheap little machine with a long warranty period and accessible financing. Beats walking to work. However, with 310 lb-ft available right around 2,000 rpm, the CX-9 is tuned for real-world driving. Yes, you'd probably rather be on a twisty road in an MX-5 with the top down, but for hauling the kids to school the CX-9 makes sense. Despite a great deal of hubbub provided by seemingly random sidekicks from Jimmy Kimmel's late night show, the Ford Escape had one of the more mute launches at LA. Sure, the front end is now literally Edge-ier, but the rest of the updates seem relatively minor.

The manual parking brake is gone in favour of electric, there's a mild power bump to the 2.0L turbo option, a decrease in displacement to 1.5L for the smallest turbo-four, and the 2.5L workhorse soldiers on essentially unchanged. All small nips and tucks, but all welcome improvements on a car that'll fill the driveway of thousands of Canadians this year. Over at Infiniti, the QX30 has a name like a grade of engine oil, and takes aim at the kind of segment guaranteed to make any gearhead semi-comatose: the premium compact crossov... zzzzzzz

But wake up and smell the profits as this deftly executed little car will drive the Infiniti brand forward. Tech features like a surround-view camera and an upgraded 7-inch touchscreen display will offer some differentiation over offerings from Mercedes-Benz (with which the QX30 shares a platform and engine…) and the like, and a 208-hp 2.0L turbocharged engine mated to a seven-speed dual-clutch will make sure this little upscale crossover scoots off showroom floors. 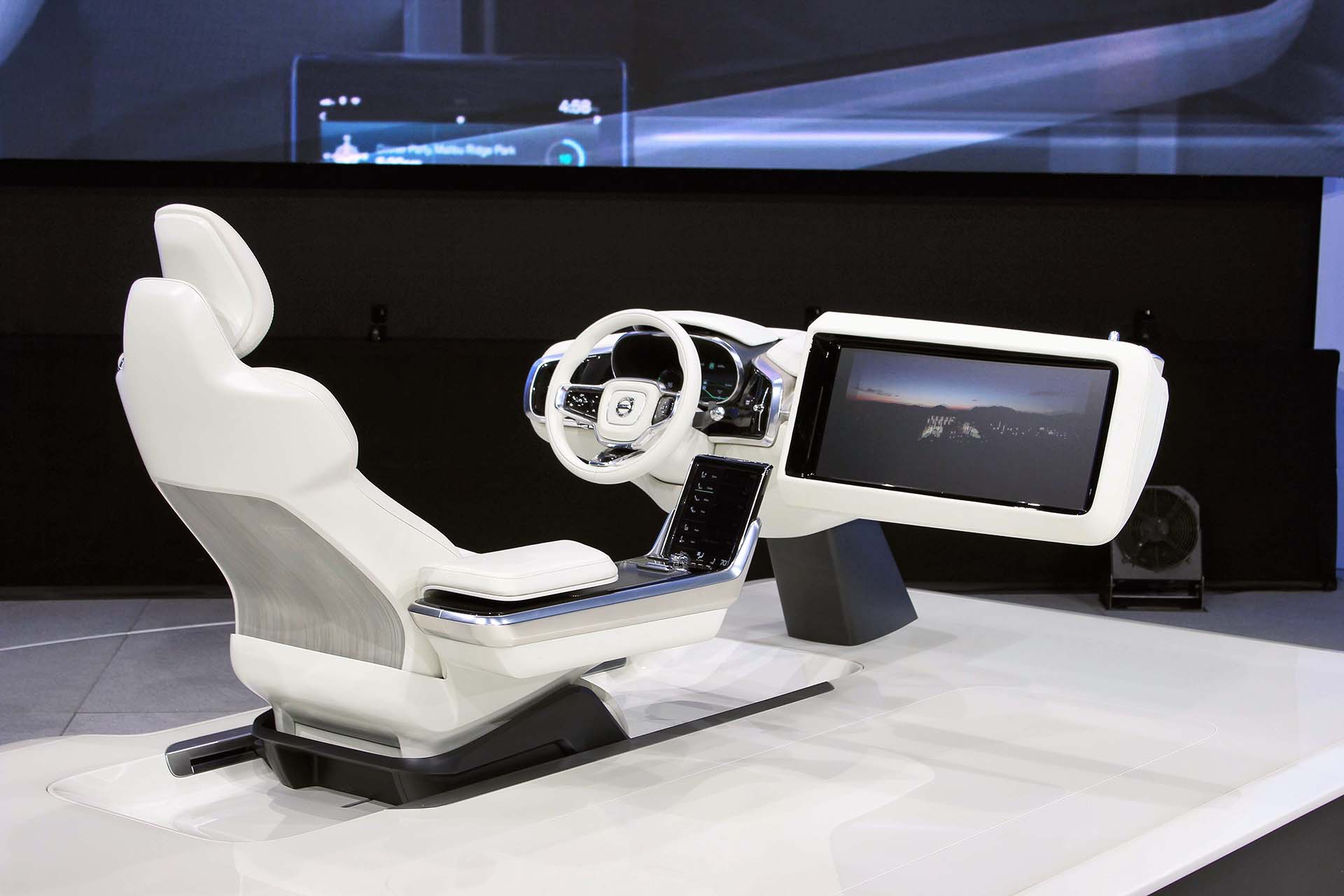 Even the weirdest stuff at LAAS 2015 wasn't actually all that odd. Case in point: Volvo didn't even bother bringing a whole car along, but debuted a chair that came complete with a beautifully rendered digital animation.

The concept is what the driver's seat will look like when autonomous driving becomes a reality and trust the Swedes to get furniture design right. The way the seat slides to a more comfortable position with tray and screen is pure Business Class. Stuck in traffic? Perfect. Land Rover's Evoque concept was another one that had people scratching their heads. A convertible crossover? Weird.

But at the same time, smart. The Evoque ragtop is far less bulbously horrid than the Murano CrossCabriolet, and even if it never sees off-road use (most Evoques don't), it's a sharp-looking little rig with the high driving position that plenty of regular people actually like, and the cachet of a luxury brand. It'll sell like hot crumpets. Lastly, the Fiat 124. I don't really like this car. At best, it doesn't differentiate itself enough from what's admittedly a very good car. At worst, it's a cynical badge-engineered attempt to get product into dealer showrooms.

However, that doesn't mean it doesn't make sense. Opinions on styling seem split down the middle, and while the idea of an automatic Miata is anathema to the gearhead crowd, a softer, torquier small convertible will appeal to plenty of people. Even here, where the idea seems a bit dorky, the nerds win again.