Evolution of the Lexus RX (2)

Evolution of the Lexus RX (1)

Photos courtesy of Lexus and by Brendan McAleer

It's a heavy load, carrying an entire brand. While Lexus might like you to think of products like the audacious LFA supercar or the burly M3-fighting RC-F when it comes to banner-carriers for Japanese luxury, the sales charts tell a very different tale. Lexus is the RX: worldwide, this mid-size crossover accounts for 40 percent of all Lexus product.

Even against the full model lines of competitors like Acura and Infiniti, the RX sells impressively. It's obvious that Lexus has a finger on the pulse of what customers want, but now there's a new, highly stylized version – maybe too much hot sauce in the mix? Time will tell.

In other respects, the ascendancy of the RX from concept to backbone of the brand has been a slow, gradual progression, the honing of an ideal. Here's where Lexus's best-selling machine came from.

If the Japanese marques were already on the upswing in the 1980s, the end of the decade would see them shock the world. Acura had the NSX. Mazda had the Miata. Lexus had the LS400.

While the two sports cars respectively put the exotic world on notice and heralded a return to the everyman roadster, the LS400 came right out of the gates gunning for the German luxury brands. Project F1 (for Flagship) started in secret in 1983 with the difficult task of not just launching an all-new car, but a whole brand. People liked Toyotas for thrift and reliability, but what would they think of a luxury-oriented model.

The LS400 debuted with an incredibly smooth 250-hp 4.0L V8, double-wishbone suspension, and impeccable craftsmanship. It was quieter than the Germans, it had a higher top speed, and it avoided the gas-guzzler tax in the US. Sales were strong right out of the gate: Lexus had arrived.

A successful flagship is one thing, but a mainstream brand doesn't live and die by a single model alone. Thus, the LS400 had a stable mate, the ES250. Later, this was succeeded by the ES300, which pushed past the LS400 in sales very quickly.

Essentially, the ES350 was a rebadged Camry: front-wheel-drive, 3.0L V6, lots of leather. That's not exactly groundbreaking stuff, but it was what the customer wanted, a proven and reliable ride with a slightly more advanced suspension, quieter ride, and modestly more upscale feel.

While the ultra-90s three-spoke wheels wouldn't make it into production, the rest of the SLV concept showed Lexus's next big gamble. Revealed at the 1997 Chicago Auto Show, the same place the Miata and NSX had been shown years ago, this high-riding unibody was a far cry from the popular body-on-frame SUVs, and had most of the underpinnings of an ES300 – or in other words, a Camry.

However, the late 1990s were the optimal time for the first crossovers to emerge. Less than a year after the SLV concept was shown, The Simpsons ran the SUV-lampooning episode featuring the Canyonero (top of the line in utility sports, unexplained fires are a matter for the courts). While the concept stood on the autoshow stand, prototypes were already on the road.

Lexus as a brand really didn't exist in Japan (neither did Acura or Infiniti). Thus, the first the world saw of what was to become the hottest-selling Lexus was the Toyota Harrier.

Powered by either a four-cylinder or V6, just as the Camry was, the Harrier sold strongly. As was the case in the North American markets, people who bought SUVs weren't really using them off-road; they liked the ride height, but preferred a car-like ride and fuel economy.

The first RX300 arrived as a 1998 model with a 220-hp V6, a four-speed automatic transmission and all-wheel drive. Compared to the Harrier, the interior appointments were greatly improved, including Walnut trim and a six-CD changer.

Again, there wasn't any single item you could point to here as innovative, other than the idea to sell a vehicle that was essentially a car with a raised ride height as a luxury item. Toyota's gamble paid off, as buyers flocked to the RX's blend of reliability and resale, as well as the Lexus brand's proven customer service.

The RX received several updates over its lifespan, but the biggest change came with the second-generation version of the car. Not the recipe – that was still unchanged – but in where the kitchen was located.

Starting in late 2003, The RX began production in Cambridge, Ontario, giving the RX's success story a uniquely Canadian flavour. Starting from this point, all RXs were built in either Japan or Canada.

The second-generation RX was already slipperier than the debut model, and had a coefficient of drag of just 0.35 – excellent for a mid-sized SUV. However, more could be done, especially for urban dwellers. In 2004, Lexus launched a hybridized version of the RX, which took proven V6 power and added Toyota's hybrid drive system.

The RX400h didn't get much different fuel economy from the standard RX330 on the highway, but in town the regenerative brakes and battery power made a bigger difference. Total power was 268 hp, more than the RX330, but the extra weight meant that the performance benefit was fuel savings rather than outright acceleration.

The third-generation Lexus RX came with the expected host of upgrades, from bumps in displacement (to 3.5L) and power (275 hp) to improved ergonomics and greater passenger area.

There were few ripples in the pond, as Lexus was anxious not to rock the boat. However, towards the end of the run, they let their F-Sport division lightly tune the RX, coming up with adaptive suspension and installing a new eight-speed transmission. This improved power delivery and handling somewhat, but the RX was very much still a peaceable sort of beast.

If the previous gen was a pacifist, then the new RX is here for the attack. The entire Lexus lineup has received extensive overhauling, all based around their new “spindle-grille” fascia and incredibly angular accenting.

With the next-gen RX, things got dialed up even further when CEO Akio Toyoda expressed disappointment that the production form of the styling concept didn't go far enough. Engineers were sent scrambling back to their meetings to figure out how to press out the sharply creased lines demanded.

Inside, the new RX is still extremely comfortable, but it's got a great deal more style than any of its ancestors. The F-Sport seats in particular are excellent, deeply bolstered and still very comfortable. In red, they're both stylish and functional.

Perhaps less of a surprise is how good the Mark Levinson stereo is. This Connecticut-based high-end audio supplier has been with Lexus since the beginning, and the quality of sound combined with the RX's quiet ride is a perfect blend.

Despite the gawping grille, beneath the surface the RX is still the same prescription against rough roads and high service bills it's always been. The hybrid especially shows off excellent on-road behaviour, and while quicker and better-handling than before, is still very compliant.

It might look angry, but this is no sporting SUV. Instead, it's the safe bet alternative to the Teutonic competition. Slow, gradual progression might not inflame the passions, but it goes the distance. That's the pursuit of perfection. 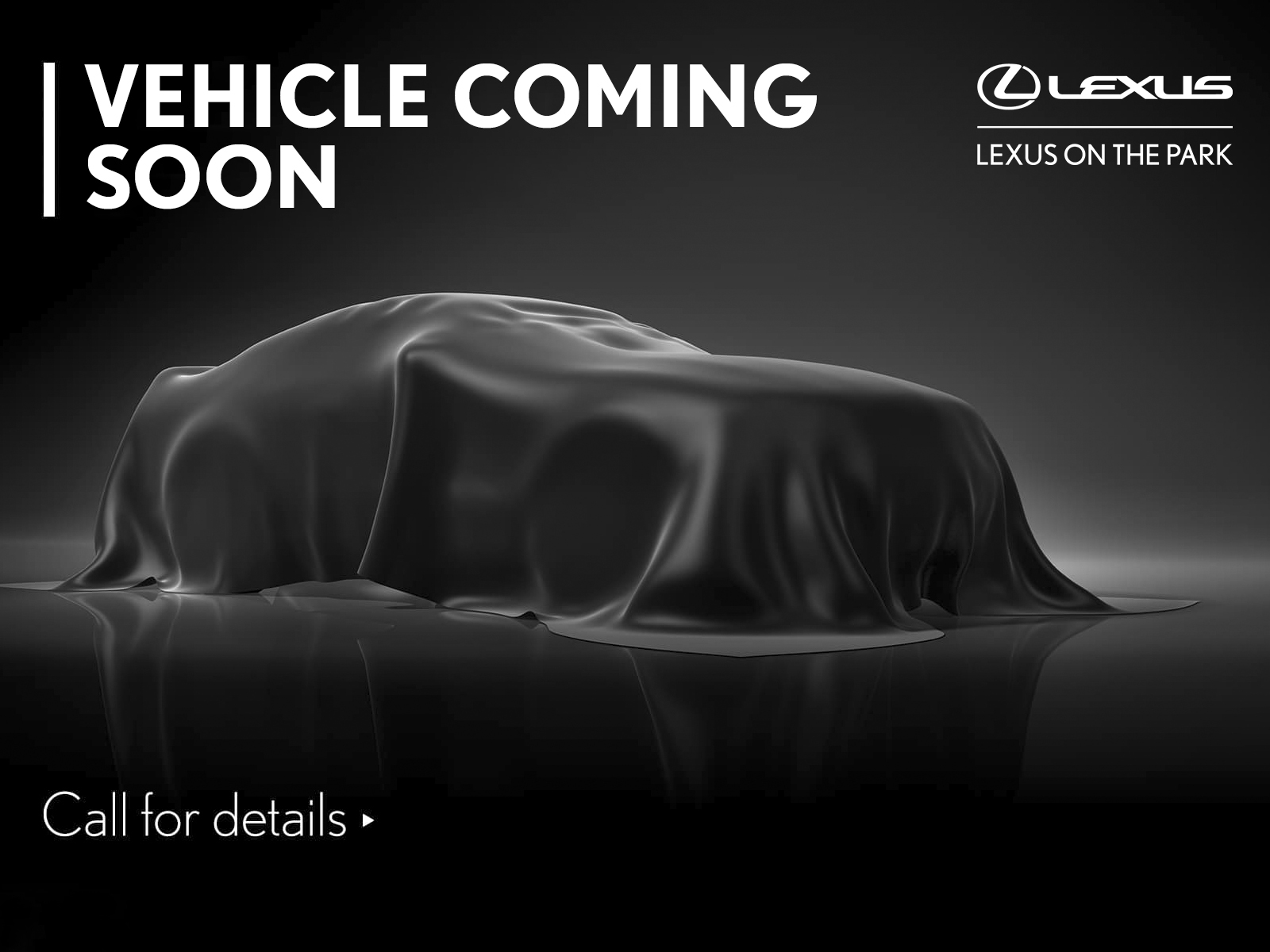 About Brendan McAleer
Brendan McAleer is a Vancouver-based automotive writer, a member of AJAC and a ginger.
Follow me
You may also like
AdChoices
Latest Articles
﻿