Although it comes in for a lot of criticism, product placement in TV and movies is here to stay. It obviously works for all involved. Producers vacuum up some more cash (they're insatiable), while companies get to put their products in front of millions of eyeballs, and always in situations to make those products look good. What automaker wouldn't want to see Robert Downey, Jr. sitting in the driver's seat? What phone company wouldn't want to see Will Smith save the world with the help of your phone? Face it. Product placement is here to stay. The best that we, the audience, can hope for is that the product is cool, and the placement is subtle. 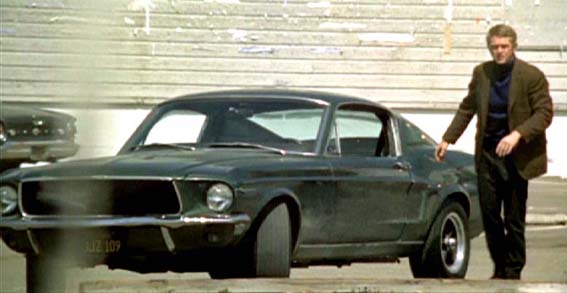 This 1968 flick is not only an early example of product placement, it may also still be the most successful. Ford's Mustang was still new and seeking to win over buyers when Warner Brothers struck a deal to feature star Steve McQueen – the epitome of alpha-male coolness at the time – at the wheel of a Mustang throughout the movie. It features arguably the most famous car-chase scene in history and did indeed help boost 1969 Mustang sales. McQueen died in 1980, but his legend lives on. From time to time, Ford still uses his image in Mustang ads. 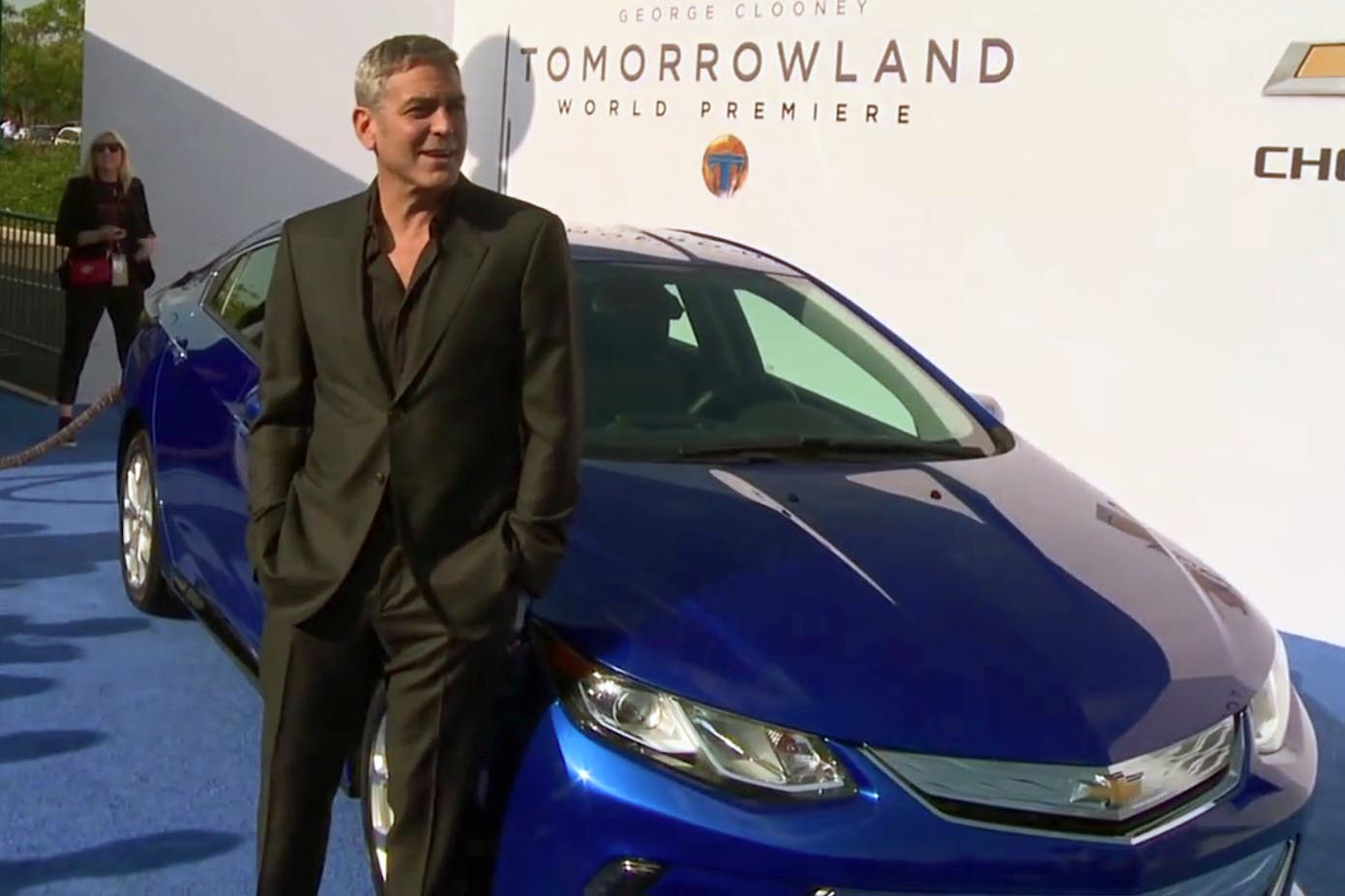 For 2016 Chevrolet overhauled their electric vehicle and struck a deal with Disney. Even prior to the car's availability at dealerships, it appears in George Clooney's sci-fi/fantasy epic Tomorrowland. The movie's theme about an optimistic future fits perfectly with the message Chevy wishes to convey with its flagship green model. 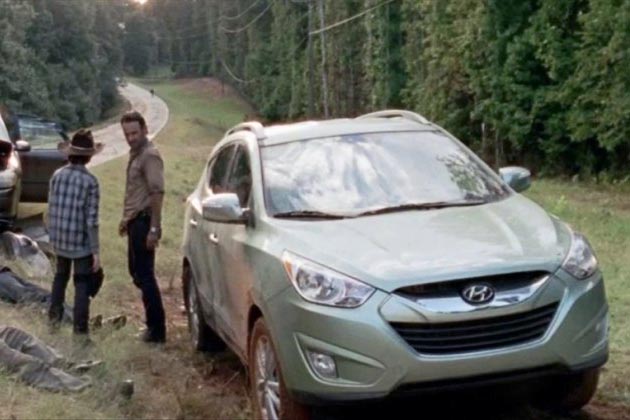 Here's a bit of a weird one. A few years ago, Hyundai made a deal with AMC for Rick and the other apocalypse survivors to race around battling zombies in a Tucson, but there was a catch: the car couldn't ever be shown caked in mud or slathered in zombie guts. Fair enough, I suppose, but personally I'd want to know that my car could keep running even with half a zombie stuck in the front grille. In 2014, Hyundai released a limited "Walking Dead" model of the Tucson, but sadly the only real difference from a regular model was that it came with a "zombie survival" kit and other knick knacks. 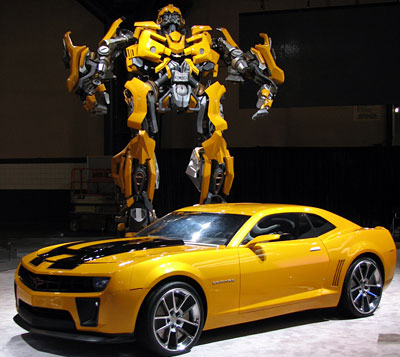 The most memorable scene in Michael Bay's first Transformers movie was when Bumblebee, the smallest of the Autobots, shed his beaten-up classic 1977 Chevrolet Camaro frame and evolved himself into a sleek, shiny brand-new Chevy Camaro. Okay, the new look breaks with the "humble hero" aspect of his character, but the sequence just looked so darn cool. Eagle-eyed viewers may have also noticed that all the Autobots were GMs (except, of course, Optimus Prime), while the Decepticon bad guy Barricade was a Saleen S281 (a variation of a Ford Mustang). 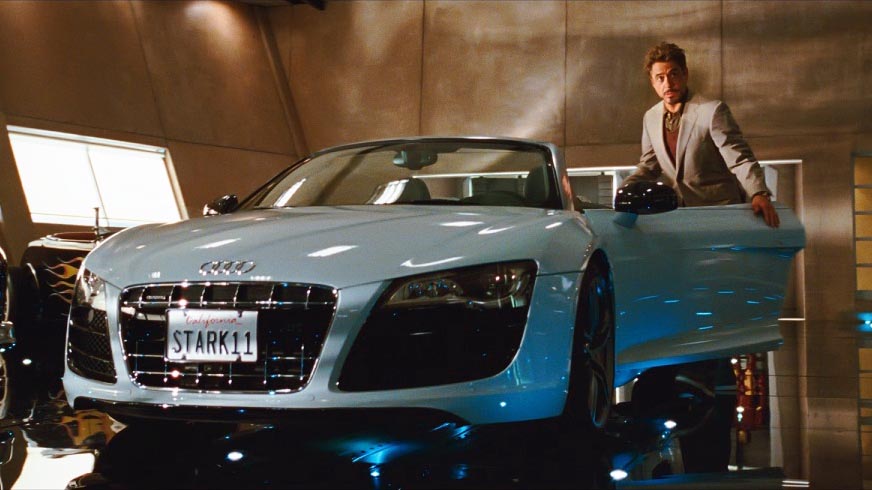 Would you classify the first Iron Man movie as a surprise megahit? It's safe to say it exceeded the most optimistic box-office expectations, which was great news for Audi. The car maker chose to promote its flagship R8 model in the first movie, and the sequels have continued the relationship, with other featured models including the A5 and the Q7. However, Audi wasn't always so enamoured of featuring their vehicles in high-octane action movies....

The Fast and the Furious: Tokyo Drift – NOT an Audi 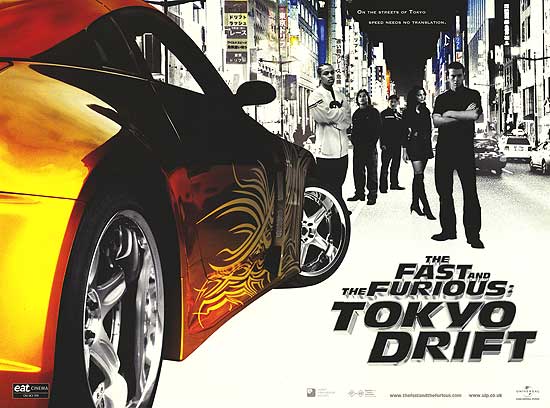 ... When director Justin Lin approached Audi about obtaining a car to feature in the third installment of the F&F series, not only did the company refuse, they even insisted that the movie feature no Audi under any condition – even if the production bought them at full price! Who knows why they took such a hard line, but they've now reversed themselves and their vehicles have appeared in subsequent Fast and Furious installments. 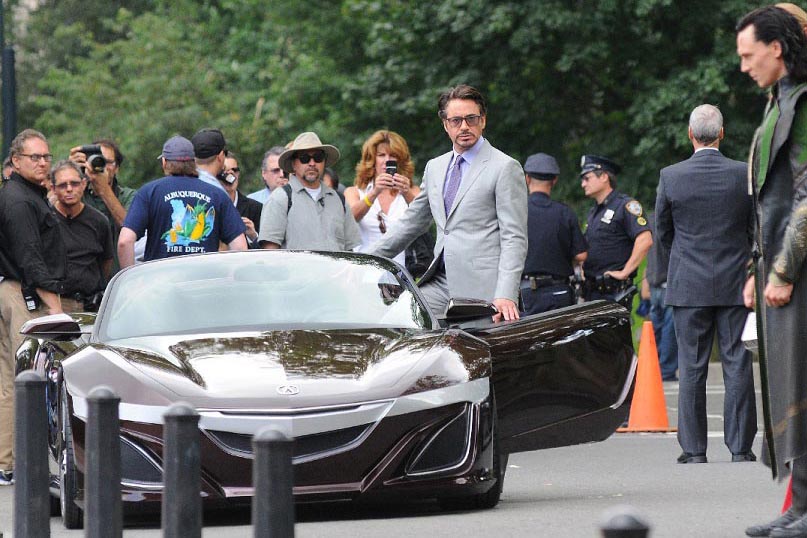 Weirdly, Tony Stark only drives an Audi when he's flying solo. When he teams up with Captain America, Thor and the rest of the superhero squad, he ditches Audi in favour of Acura. In fact, the Avengers movie was packed with Acuras, including Stark's pre-production NSX – in fact, it still hasn’t hit the market! Oh, but when it came time for Iron Man 3, Stark is safely back in an Audi. Love is fleeting. 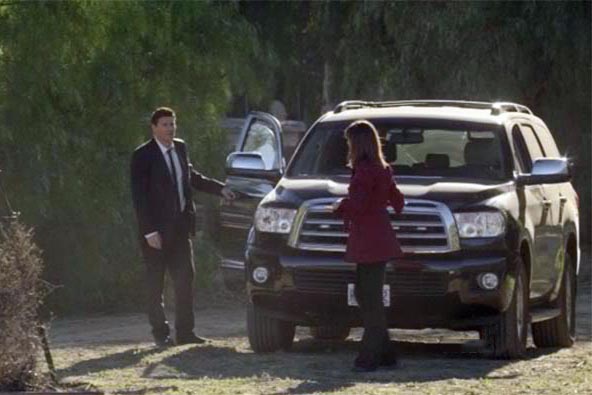 Here we have one of the more blatant examples of product placement. In the TV series Bones, the characters ride around in Toyotas – okay, fine, it's understandable producers want to keep costs down and flashing the Toyota logo every now and then brings them a few bucks. But this series takes things a step – well, several leaps – past that. Every now and then the characters will just stop trying to solve whatever case is before them in order to discuss some cool feature of their vehicle for a minute or so. It's jarring, and an obvious tactic to outwit viewers who have PVRed the show and skip the commercials. 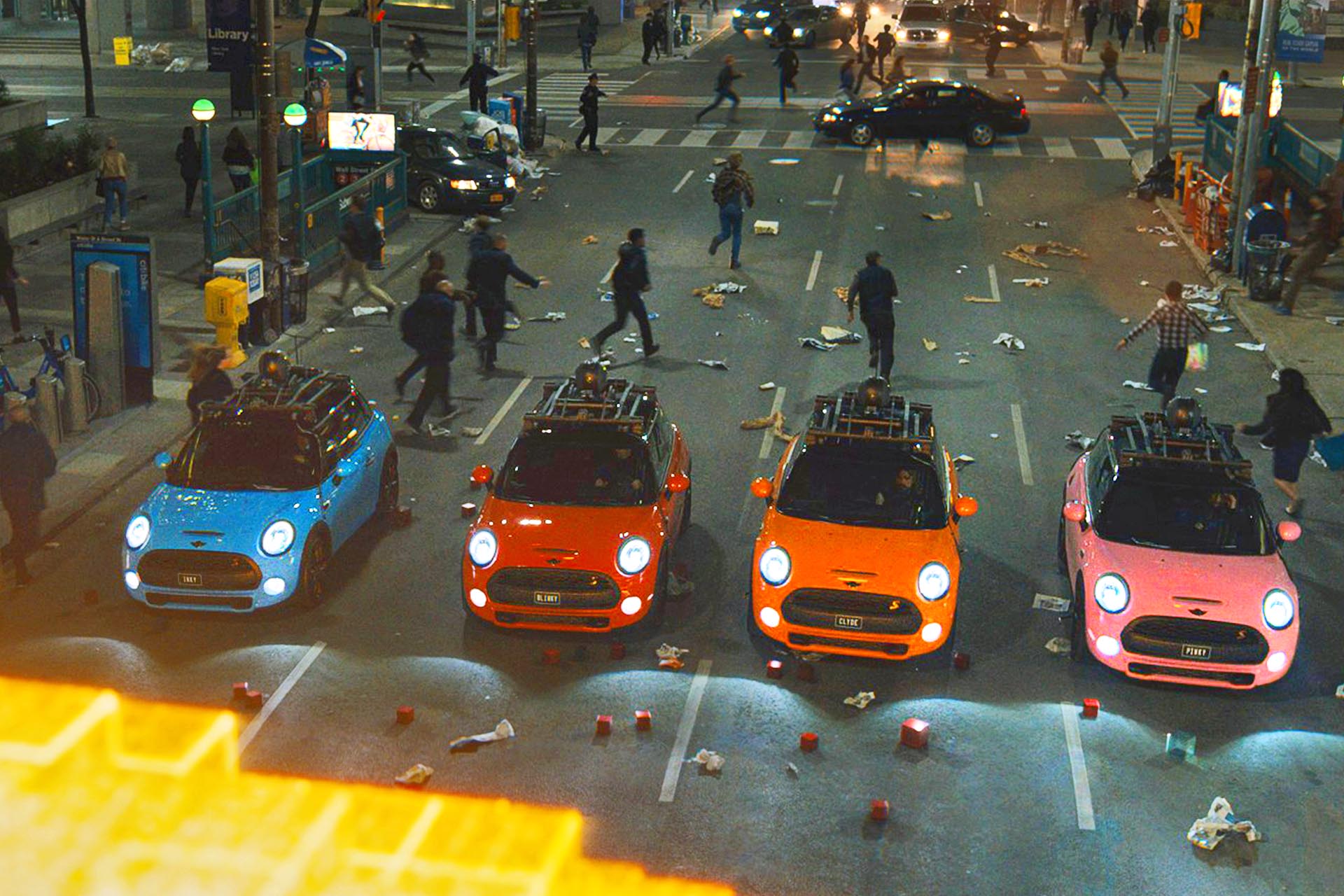 Talk about perfect casting. In the forthcoming movie Pixels, Adam Sandler and friends have to save the Earth from being gobbled up by a giant Pac-Man. And who are Pac-Man's mortal enemies? The four ghosts, of course – Inky, Pinky, Blinky and Clyde. So our heroes climb into Mini Coopers – whose ‘faces’ actually do resemble the ghosts, at least more so than any other car. Each Mini is painted in a specific ghost colour, with a matching licence plate featuring the aforementioned names of the ghosts. 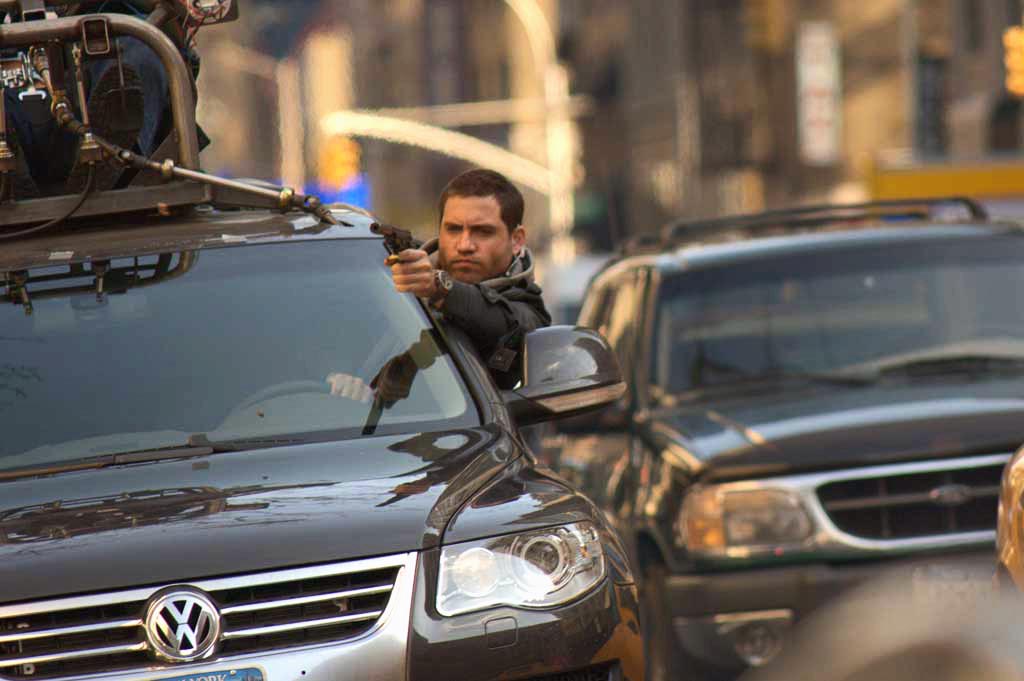 Volkswagen was a major sponsor of this instalment of Matt Damon's hit franchise, with the hero racing a brand-new Touareg 2 in a highly memorable car chase. While Jason Bourne's friends also drove VWs (or at least vehicles of VW Group brands), the movie also features cars from other manufacturers, and that sort of diversity actually gives the movie a touch of real-world authenticity. 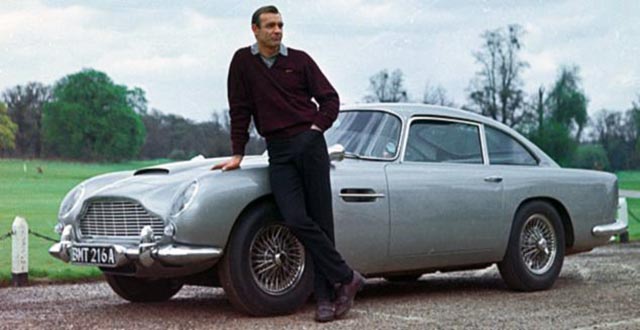 This is undoubtedly moviedom's most famous link between character and car. Across the two-dozen movies in this franchise, the suave superspy has driven an Aston Martin more than any other make. In 1964's Goldfinger, the car maker makes its debut in the form of a DB5 (which makes a return in 2012’s Skyfall), while in the upcoming SPECTRE, Bond will drive a DB10. However, you can't expect a cad like him to be faithful to anyone, not even to his car. In other movies he has also slipped into Fords, Land Rovers and Bentleys.

Ken's first exposure to cars was as a child, when his dad would pay him in comic books to change the oil and perform other routine maintenance.