Back in 1979, a Hewlett-Packard employee named Katherine Lawrence gave a presentation at a Conference of the Women's Institute for Freedom of the Press. Describing the invisible barriers through which frustrated women can see elite positions within their companies, but are prevented from reaching them, she came up with the phrase "glass ceiling".

It's a nice metaphor, but it's also very real. Despite government incentives and requirements to groom more women for top spots, the climb up the corporate ladder is a slow one.

And of course, rarely is it more apparent than in the automotive sector, that bristling bastion of power and masculinity.

But while the glass ceiling is far from dissolving, there are those who have risen above it through undeniable talent and sheer determination.

Here are four women who've worked their way to the top in the automotive industry. 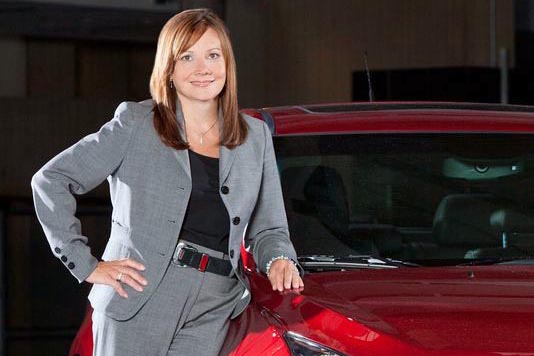 It was almost a foregone conclusion that Mary Barra would work with General Motors in some capacity.

Mary Barra grew up in a Detroit suburb, the daughter of a Pontiac tool-and-die maker in a neighbourhood where everyone's dad also worked for GM. An excellent student, she went on to Kettering University (once the General Motors Institute), where she attended a co-operative trade school, on a scholarship paid for by Pontiac.

After putting in her time in a metal-stamping plant, in 1985 Barra became a full-time Pontiac quality-control inspector, then later obtained her MBA at Stanford.

Her cool, analytical mind and warm demeanour made her a good choice as a company liaison during plant employee labour relations, where she displayed a natural ability to communicate at every level.

Soon, she was put in charge of her own plant, the Detroit-Hamtramck assembly factory, one of the first robotically automated, and chronically disorganized since its 1985 opening. Re-organizing the budget, acquainting herself with the people on the plant floor and addressing the technology issues plaguing the new robotics, Barra was instrumental in the plant's earning a J.D. Power quality award only two years later.

Rising up through the GM corporate ranks, Barra eventually became executive director of manufacturing engineering, and was later named head of human resources through GM's 2009 restructuring during the economic meltdown.

She worked closely with then CEO Ed Whitacre throughout the restructuring, where he credited her with creating the order, and the streamlining necessary for the company's survival.

When Akers departed in 2013, Barra was appointed the new CEO of General Motors.

It must have been a bittersweet victory. Just two weeks after she became the first female CEO of a Big Three automaker, the faulty ignition switch crisis landed directly in her lap. Held to account for a disaster linked to at least 21 deaths, and waves of some 30 million vehicle recalls later, Barra has remained poised and professional while acknowledging GM's responsibility to the victims.

While many are convinced that General Motors knew of the faulty switches and threw Barra "under the bus", the majority are impressed with Barra's head-on approach to the situation, showing impressive leadership and compassion under enormous pressure.

It's certainly well on its way to recovery after the 2009 bankruptcy, with record sales and investing billions back into the economy.

Despite the communication problems inherent to a gigantic corporation with cumbersome layers of bureaucracy, Barra is confident that GM will regain public trust. 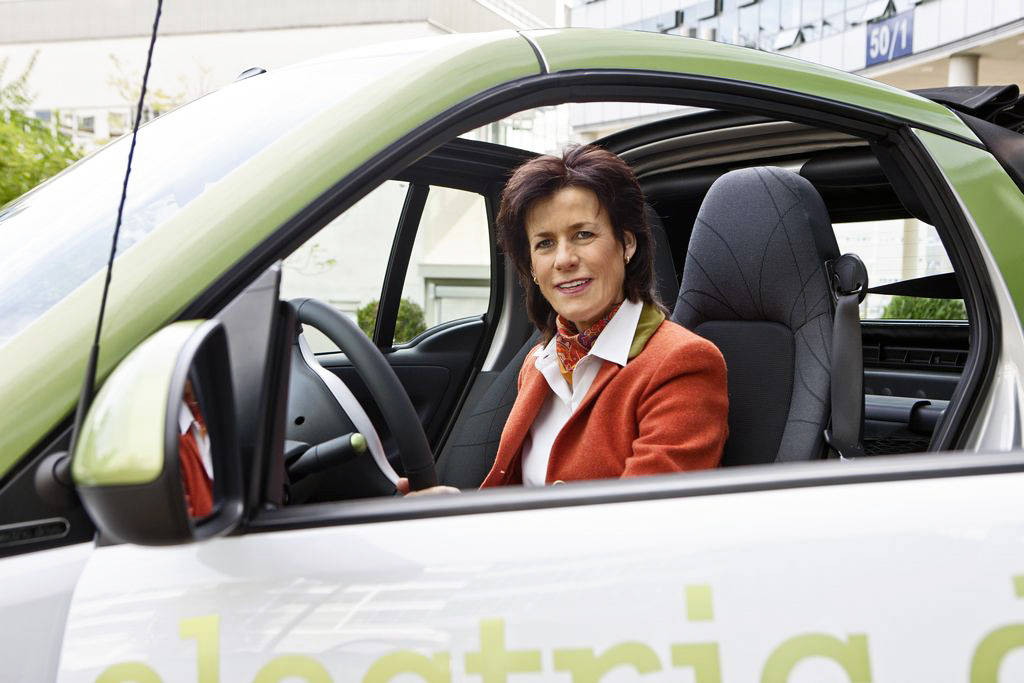 When Daimler promoted Dr. Annette Winkler to CEO of its Smart brand, it not only signified a big shift in the male-dominated auto industry, it was a sign that Germany was finally changing its antiquated, traditional views on gender equality.

For women in the industry, it's been a long struggle to break through that proverbial glass ceiling.

Yet, mention the significance of her achievement to Dr. Winkler, and she brushes it aside with characteristic humility – preferring to focus on the role rather than her unusual position.

"The less I think about it, the more I can do for the young women (coming up through the ranks) just by being there, being present."

Where many women executives fought their way to the top with aggression, proving they were tougher than their male counterparts – Dr. Winkler is warm and gracious, enquiring after our health and even offering up refreshments.

A native of Germany, Dr. Winkler earned her Ph.D. in Business Administration. From 1984 to 1995, she was the director of a construction company - another non-traditional industry for a woman in management.

In 1995, Winkler began her career with Daimler when she was appointed Head of Public Relations and Communications with Mercedes-Benz in Stuttgart. Moving up through the ranks, she became CEO of DaimlerChrysler in Brussels, then VP of Global Business Management & Wholesale Europe in 2006. In 2010, Dr. Winkler was appointed CEO of Smart.

It's a brand she very obviously believes in. She's effusive in her support of the Smart as a lifestyle choice, its commitment to advanced technology like organic solar cells and its promotion of alternatives to ownership such as car sharing and attractive lease options, which have resulted a recent uptick in North American sales. 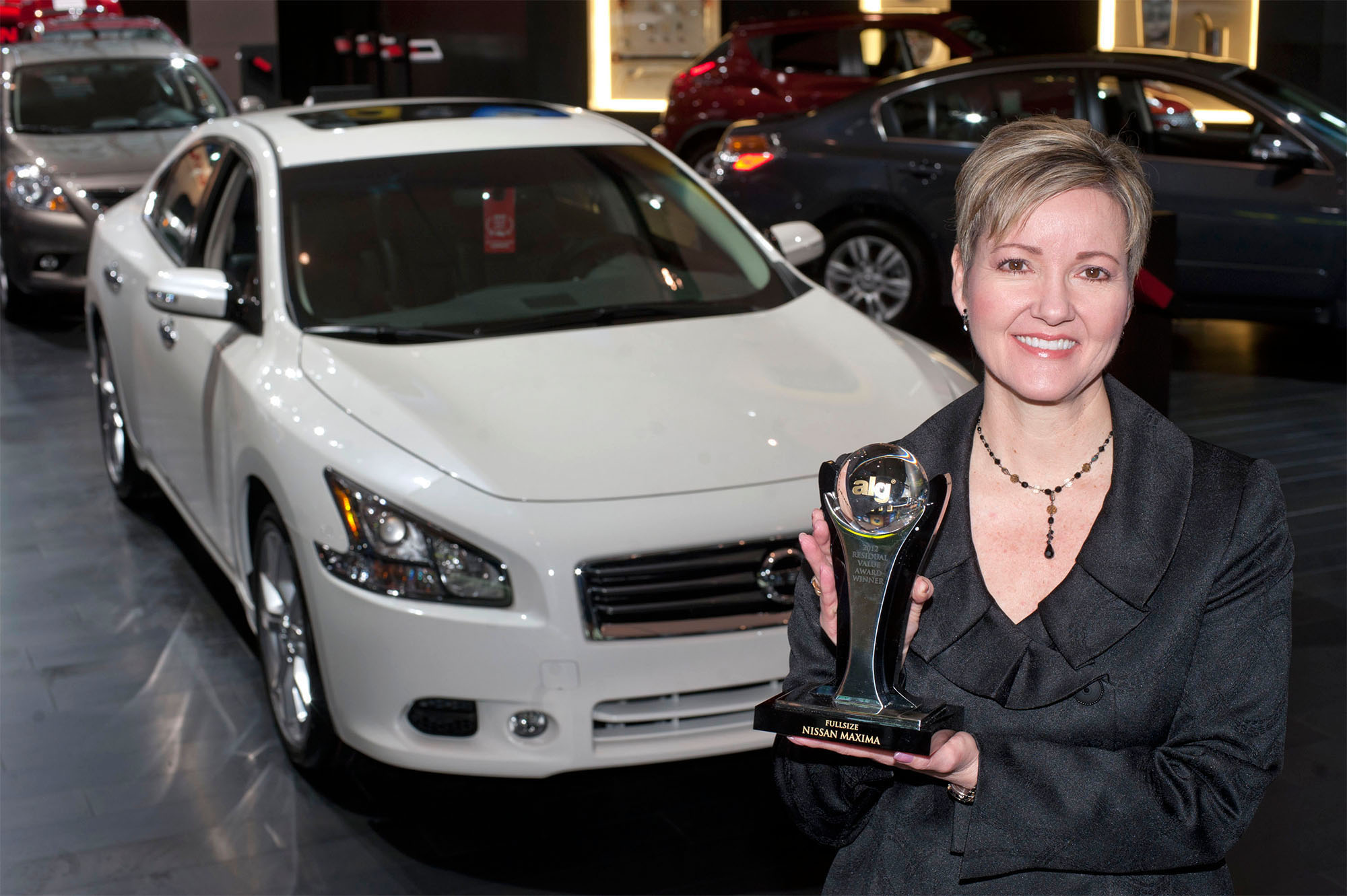 Judy Wheeler is no stranger to the automotive business, having worn many hats throughout her career, including time spent in Sales and Service, Marketing and Communications, International Sales and Business Development. But one of the most significant highlights was being appointed the youngest Director of Sales, with the second largest region during her years at Chrysler. She has several degrees, including a Bachelor of Science in Business Administration, a Masters in Business Management and is a graduate of the Harvard Business School Executive Management program. Ms. Wheeler has more than 26 years' experience in the automotive industry.

She's one busy lady, but graciously sat with us for a few questions in Toronto last year.

LW: During your years as a woman executive at the top level, have you seen any changes in the industry when it comes to advancement?

JW: I started right out of university, and there's been a lot of changes. I can remember going to a meeting for district managers, and there'd be five women in a group of 400 men.

So I think it's starting to change, and I love to see that and I know for the Nissan-Renault Alliance, we take diversity very seriously. We put plans in place to make sure that we have a diverse portfolio that represents our country. We make sure that our people are properly educated, that they're mentored, that they get the opportunities.

LW: When you were with Chrysler, you had the Daimler-Chrysler Women's Forum, have you taken some sort of similar initiative with Nissan?

JW: Actually, when I first came on board, I was assigned to the Nissan-Renault Global Women's Forum.

(The program is dedicated to closing the gender gap within the organization, and is represented at the annual Global meeting in Deauville France, which welcomes some 1,300 participants from around the world to discuss gender diversity)

We're in a process right now of mentor sponsorship, we literally assign top people within the company - they're assigned to someone whose going to represent them in different meetings. It's a new initiative, with mentoring, conferences, special training – programs that assist in developing and promoting women and diversity. 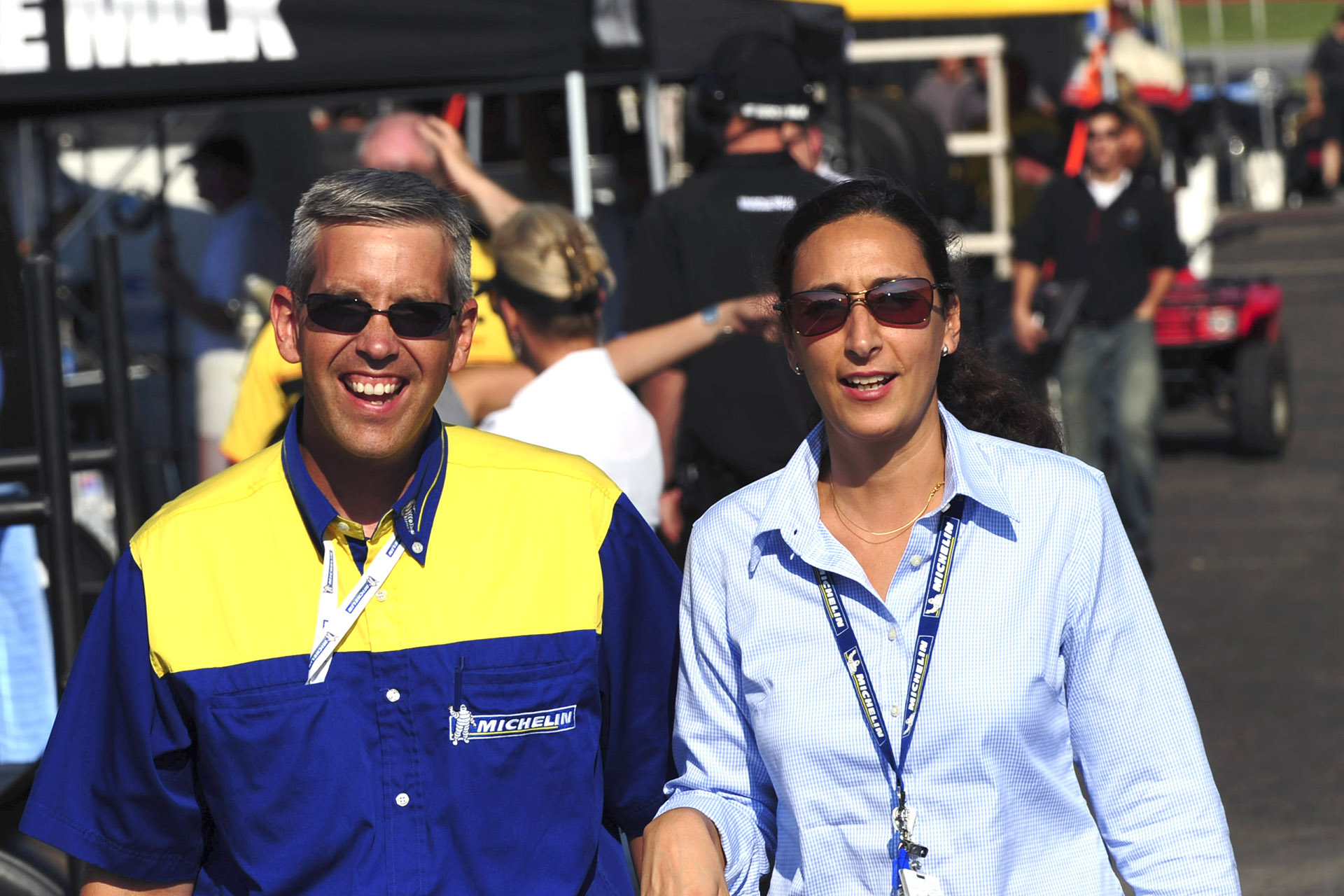 Around the world's international race tracks, she's known as "Ms. No".

Silvia Mammone is Michelin Tires motorsport marketing manager, and is constantly being wooed by race team managers to supply them with the tires for which there is a never-ending demand, and only a limited supply.

Mammone explains that the company has a 16-year symbiotic partnership with many of the teams, supplying them with both tires and an engineer in return for the data accrued through their racing program.

A brief chat with Mammone at the 24 Hours of Le Mans helped us understand how this Montreal native rose to such a lofty position at one of the world's biggest auto-related companies.

LW: You're originally from Canada.

SM: Montreal - my parents owned a bike shop for 25 years. I didn't get into racing because I loved cars. I got into it because I loved bicycle racing, because that's what our family did, such as at the Montreal Velodrome, the '76 Olympics. We had a bicycle team, so I managed the bicycle team and worked as the bike mechanic.

I would however, get up on Sunday mornings and watch the F1 race with my dad.

So I grew up in the bike industry. When I joined Michelin in 96, I worked in the bicycle division and helped grow that business in Canada because I knew the industry.

I was in that role for a couple of years, and then started going to Mosport for the motorcycle racing. From there I eventually moved into the passenger and light truck, and that brought me into the Honda-Michelin Challenge.

LW: Oh, that was a fun series

SM: Right! So I managed that, was up at Mosport three or four times a summer, then we did the Ice Challenge in Quebec and then worked with Formula One when it came to Montreal.

LW: How does your program work with the participating racing teams at Le Mans?

SM: We have different types of tires, but these are what we call "confidential proprietary tires". Essentially the tires are leased to the teams. All the teams pay for their tires. They pay for the tires, but actually never own them.

It works like a library book. At the beginning of the race weekend, the teams show up with their rims, we choose the tire along with a race strategist - the Michelin engineer, and that depends on which compound they've decided, depending on temperature and depending on the track.

We know at every moment where every one of our tires is. We know if it's with a team, we know if it's a front or a rear, we keep track of all that. At the end of the race weekend, the tires come back to us and we check them back in, there has to be a balance of zero. We arrived with "X" many (of tires), we must leave with "X" many.

LW: Have you ever lost a tire?

SM: Not on my watch! They know how important those tires are to us, they represent 16 years of competing in the series, all the technology, the innovations we've developed at Le Mans. I cannot envision us leaving without a tire. We will find it. There are crashes, obviously and tires are shredded, and at the end of the race we will go and pick up the chunks of tires and reconstruct it. We can shut the track down if we have to, and they know that.

The weight of this responsibility sits squarely on the shoulders of this former Montrealer, who says, "Don't get me wrong – we really want to win. But we want to win to learn, because that enables us to know why we're winning."