Many have been quick to criticize the redesigned BMW 4 Series, and not necessarily in a constructive way. The coupe was met with harsh judgement for its exterior design – particularly its front end, as the automaker reimagined its longstanding signature kidney grille in a new and, um, interesting way.

Despite how often the saying about not judging a book by its cover is bandied about, it’s fairly easy to forget. After all, exterior styling may be just one aspect of a vehicle, but it’s possible for design decisions to overshadow the overall perception of a car, premium or otherwise.

When it comes to the latest 4 Series, it seems many are unable to see beyond the wide and vertical grille openings, which can, to some eyes, look like protruding teeth. [They look like Winnie’s teeth from Hocus Pocus, Sami. – Ed.] Other concerns have been raised about how a licence plate might look when affixed to the front. Generally, it seems messy, but it may age gracefully. I seem to recall a time when the Lexus spindle grille was considered too aggressive and even off-putting. Today, critics are calling the LC 500 one of the prettiest cars on the market despite the gargantuan grille.

Fortunately for BMW, the rest of the design is clean and attractive. The 4 Series shares its wheelbase with the 3 Series, but the coupe is longer, lower, and wider than the sedan, giving it sleek proportions. The new 4 Series looks like a distinct departure from the 3 Series it’s based on, reminding me of the range-topping 8 Series.

8 Series Outside, 3 Series Inside

Jump inside, and the interior provides more room than the outgoing model. While I was quick to declare the exterior design significantly different from the 3 Series, the interior reminds me a bit too much of the sedan. Sure, there are high-tech gizmos like a 12.3-inch digital gauge cluster, a 10-inch infotainment screen, gesture controls, and a digital assistant that responds to “Hey BMW” – or whatever you name it [Winnie it is! – Ed.] – but the interior just feels a bit too familiar. If the 4 Series is trying to distance itself from its four-door counterpart or provide the feel of an 8 Series, some different colour combinations or fancier materials would have helped.

The automaker upgraded its infotainment and digital services, and users can expect Android Auto and Apple CarPlay support, as well as a digital key feature for specific iPhone and Apple Watch models. This lets you lock and unlock the car with your device, and even start the ignition, replacing the need for a physical key. Owners of multiple BMWs will appreciate this, as they can store their keys on their device rather than have to figure out which key is for which car.

As expected, BMW has stuffed the 4 Series with plenty of driver-assistance features and safety features. Blind-spot monitoring, front and rear collision warning, and lane-departure warning are all offered, but buyers will be impressed with the traffic-jam assist feature. Imagine an adaptive cruise control system for slow-moving, stop-and-go traffic and you’ll get the idea of how useful this feature is.

But a BMW coupe is judged primarily by how it drives, so let me sum up the new 4 Series in one word: quick. Under the hood of the M440i I tested was a 3.0L twin-turbo six-cylinder engine making 387 hp and 368 lb-ft of torque. However, when I heard the M440i weighs a whopping 1,804 kg (3,977 lb) my expectation was the luxury coupe would need more output. Fortunately, power delivery is immense, sending the M440i to highway speeds in just over four seconds. A helpful part of the process is the 48-volt electrical system and the 11-hp boost it provides that’s designed to mitigate turbo lag.

The lesser model – the 430i – doesn’t feature a fancy electrical system and makes do with a 2.0L turbocharged four-cylinder engine. This motor makes 258 hp and 294 lb-ft of torque, letting the car hit 100 km/h from a standstill in 5.6 seconds, according to BMW. I haven’t had the chance to test the 430i, so you’ll have to check back for a more complete picture of the base model once it arrives.

Both versions use an eight-speed automatic transmission, and all-wheel drive is standard. The transmission is quick and crisp, meeting the lofty performance benchmark that many BMW enthusiasts have for the brand. Those looking for a manual transmission will have to wait patiently for the upcoming M4.

For many luxury buyers, the performance of the BMW M440i will suffice. Having lots of power is awesome for the everyday commute, but the German coupe should also be able to handle a few corners. To put it to the test, BMW let us play with the new 4 Series on an autocross course. Admittedly, it was a bit cold and wet – far from ideal conditions for the Michelin Pilot Sport 4 S tires equipped on the car.

The all-wheel drive system did its job of getting the vehicle off the line without much wheelspin or showboating. The steering is quick, providing nimbleness to the heavy car, but it lacks feedback, which is important when dealing with slippery conditions. Fortunately, the quick steering and smart all-wheel drive system kept the vehicle from getting too wild on the course. Change the drive modes and traction control settings, and the M440i can even slide around a bit.

With a dynamic suspension system and a lower centre of gravity than the outgoing model, the M440i delivers when it comes to quick direction changes. I’ll need more time with the coupe to see how it feels on the road more frequently travelled, but my track time left me with plenty of positive impressions about how a refined two-door luxury car should feel.

This maturity represents the last departure for the 4 Series. What used to be enthusiastic and fun has been smoothed out. While the M440i is fast and energetic, it loses a bit of its edge and playfulness that used to be so enjoyable about past coupes from BMW. While fun to drive, it isn’t a true track-oriented car. You’ll have to go all the way to the M4 for that, as well as all the high-tech high-performance gear that comes along with it.

With a starting price of $53,650 for the 430i and $64,450 for the M440i, these vehicles feel pricey. The Mercedes-Benz C 300 and Mercedes-AMG C 43 models are both less expensive and don’t feature the same controversial styling. Those products aren’t as engaging as the BMW offerings, though, so don’t discredit the 4 Series just yet.

While all the headlines about the 4 Series will be about the grille, the deeper story is that BMW has once again delivered a quick, competent coupe. My biggest gripe is with the interior. Although it’s a bit more spacious, it would be nice for the cabin to further differentiate itself from its sedan counterparts. Fortunately, it is loaded with tech, and the powertrain allows the drive to be entertaining without being over the top. I’m eager to see if the truly engaging M4 will be everything it’s expected to be. 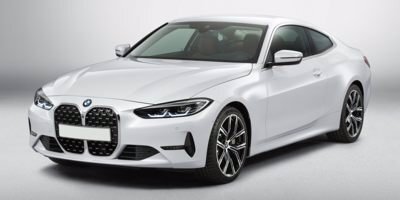