It seems like some automakers have lost the plot when it comes to electric vehicles. What were supposed to be honest, earth-friendly commuter cars have turned into wildly expensive luxury vehicles that place more emphasis on accelerating fast and having fancy gadgets than getting to and from work in an efficient manner.

Anyone who agrees with that sentiment will find the 2020 Hyundai Ioniq Electric to be a breath of fresh air. This no-nonsense commuter car is a great alternative to something like a gas-powered Honda Civic and Toyota Corolla. It is, however, hampered by classic EV pitfalls – like limited range – that stand in stark contrast to its many strengths.

All three Ioniq models – it’s offered with all-electric, plug-in hybrid, and conventional hybrid powertrains – received a mild facelift for the 2020 model year, which includes updated front and rear bumpers, a new grille, new wheel designs, and redesigned LED tail- and headlights. The Ioniq is a cool-looking little EV, but the revised grille is a bit odd. With two integrated shutters that open and close to circulate air for the HVAC system, the applique looks undeniably awkward.

Also new on the 2020 Ioniq EV are the sawblade-style aero wheels that are a bit awkward, too, but for efficiency-focused wheels they aren’t so bad. I’ve seen some truly hideous aero wheels on plug-ins and EVs, so I’m willing to give these slightly strange looking alloys a pass; after all, they help to reduce drag and improve range.

The Hyundai Ioniq Electric has not yet been tested by a major safety organization, but the similar Ioniq Hybrid has. The Insurance Institute for Highway Safety (IIHS) awarded that model the best-possible rating in all of its crashworthiness evaluations, and it’s fair to expect similar results for the all-electric model (they share the same platform and body).

Helping the Ioniq Electric in the safety department are its numerous active safety technologies. The range-topping Ultimate trim I tested comes with a laundry list of standard safety tech, including forward collision avoidance with pedestrian detection, lane-departure warning, lane-keep assist, and blind-spot monitor.

These Ultimate trim models also come with a new adaptive cruise control system that features auto-steer functionality. This allows the vehicle to accelerate and slow down with the flow of traffic and hold a lane while on a marked highway all on its own, but the driver must keep their hands on the wheel. I was impressed with the system and found it to be particularly helpful in stop-and-go traffic, but it also made some erratic manoeuvres while following lane markings. I’d still use it with confidence, but these early semi-autonomous systems definitely require the driver to pay full attention while they are switched on.

There are no shortage of other standard gadgets and technologies the Ioniq Electric Ultimate either, including LED lighting, a sunroof, heated front and rear seats, a heated steering wheel, a seven-inch digital driver’s display, wireless phone-charging pad, ambient lighting, and electric folding side mirrors.

User-friendliness is an important part of owning and operating an EV. Car enthusiasts and electric vehicle nerds may get excited about battery sizes, motor types, regenerative braking, and other features, but the average driver just wants to get in their car and go. The Ioniq EV is essentially seamless in this regard. All that’s required is to leave the vehicle in Eco mode, engage drive via the button-operated gear selector, and you’re on your way to emissions-free commuting.

The Ioniq EV is also easy to live with thanks to its abundance of storage space in the front row, spacious back seat and large liftback tailgate, which conveniently opens upward to give access to a large, flat load floor. Don’t let the fact that it’s an EV mislead you – the Ioniq EV is as practical as any gas-powered compact car. The eight-inch infotainment screen also is easy to read thanks to its size and large fonts, and is extremely responsive to touch inputs. There’s also Android Auto and Apple CarPlay for hassle-free phone integration.

I do have to dock the Ioniq EV a few practicality points due to its limited range, though. Without addressing all the powertrain has to offer – more on that later – this isn’t ideal for road-trippers given its fairly limited 270 km of range (a predicted figure that is fairly easy to achieve in the real world). This is a city car through and through and I wouldn’t suggest it to anyone who frequently goes on long highway journeys or doesn’t have a place to plug it in at night. The range simply isn’t good enough.

The 2020 Hyundai Ioniq EV is unbelievably quiet, it floats over bumps with a surprising amount of refinement, and it has a buttery-smooth ride on the highway. I really can’t say enough about how good the ride is in this little compact. Once upon a time, quiet, comfortable driving experiences like this were exclusive to full-size luxury sedans, but not anymore.

The interior ergonomics are also quite good. The car is easy to get in and out of, the steering wheel feels very nice in the driver’s hands, and the seats offer a good mix of comfortable cushioning and side bolstering. The push-button transmission is a little awkward to use, however, and I’d prefer real buttons for the HVAC controls over the touch-operated controls. Touch controls require more attentiveness to use than buttons, pulling your attention away from the road while trying to adjust the cabin temperature.

The Ioniq EV is powered by a single electric motor that’s good for 134 hp and 218 lb-ft of torque that’s fed by a 38.3-kWh lithium-ion battery pack. While not super quick – 0–100 km/h takes well over eight seconds – it’s plenty fast for the eco-conscious, city-dwelling commuters that may be shopping in this segment, and the low-end torque makes accelerating away from stoplights a breeze.

There’s also a drive mode selector with Normal, Eco, and Sport driving modes. Sport sharpens up the throttle response for a more performance-minded driving experience, while Eco softens it to inspire more economical driving. There’s also an Eco+ mode, activated by holding the drive mode select button, which automatically turns off the HVAC, limits vehicle speed to 90 km/h (though this limit can be adjusted), and softens the throttle even more. I usually kept the vehicle in Eco or Eco+ during testing to maximize range, as the 38.3-kWh battery can deplete fast otherwise.

While the electric motor is perfectly adequate for this application, the battery pack leaves something to be desired. It’s not very hard to actually achieve the full estimated 270 km of driving range from the Ioniq EV, but with nowhere to charge the Ioniq EV at night, I found myself wanting more range from it. The range is low enough that I even hesitated to turn the air conditioning on to maximize it – not the kind of internal debate an owner should have to struggle with after spending $40,000 on a new car.

For this reason, I’d say the Ioniq EV is really best suited as a close-distance commuter car. Owners who use this as their only vehicle will probably run into some headaches when travelling further distances, though at least Level 3 fast chargers are becoming more abundant these days.

Speaking of the chargers, the 2020 Ioniq EV charges a bit faster than the 2019 model thanks to a new 7.2-kW Level 2 onboard charger. It also responds to Level 3 stations quite well, charging from almost empty back to 100 percent capacity in around an hour. Range is less of an issue if you can actually use the Level 2 charger each night, but since I live in a condo building I had to rely solely on public chargers during my time with the car.

It’s also worth noting that public Level 3 chargers aren’t cheap. It cost $20/hour to charge it from nearly flat to nearly full, which isn’t much cheaper than gasoline for the kind of range it provides.

As mentioned previously, the Hyundai Ioniq EV has extremely refined suspension that is soft and composed. Despite the supple ride, it also manages to feel quite sporty and is fun to drive in a spirited manner, with very little body roll and decent steering feel for a full electric power steering rack.

The low-rolling-resistance tires the Ioniq EV comes with aren’t the grippiest set of rubber on the market by any means, but what they lack in grip they make up for in comfort and road noise.

The Hyundai Ioniq Electric starts at $41,199 in Preferred trim, but the range-topping Ultimate trim I tested rings in at $45,899. Hyundai also charges $200 for any colour that isn’t white, so the Intense Blue shade my tester was delivered in drove the price up to $46,100 before tax and destination fees. That’s expensive for a compact, but still a decent deal when compared with other EVs with comparable range. For example, the entry-level Nissan Leaf, which has about 240 km of range, starts at $44,298 and is a bit older and more out-of-date in look and feel compared to the Ioniq EV.

The Ioniq EV has some decent value, but you don’t even have to leave the Hyundai dealership to find a better buy. The Hyundai Kona Electric, which starts at $44,999, has a more powerful 201 hp electric motor, a larger 64 kWh battery and an estimated 415 km of range. The base-level Essential trim lacks many of the creature comforts of the well equipped Ioniq Electric Ultimate, despite the fact they are the same price, but is better value thanks to its superior powertrain and crossover body style.

Note that all the aforementioned EVs qualify for the full $5,000 federal electric vehicle rebate.

The Hyundai Ioniq EV is an extremely refined, quiet, and well-built compact electric family car. It’s virtually faultless – apart from the miniscule 270 km of range on offer from the rather small 38.3 kWh battery pack. If the Ioniq EV could offer the 415 km of range of the Kona EV crossover for the same $41,199, this would be one of the best electric cars on the market. As it stands, though, we think it needs a larger battery to truly be worth considering for many consumers.

That said, the Ioniq Hybrid and Ioniq Plug-In Hybrid offer many the same advantages of the Ioniq EV without the range anxiety and the comparably high price tag. If one isn’t beholden to owning a pure EV, we’d definitely suggest checking out the hybrid variants of this extremely capable compact commuter. We don’t think they will be disappointed. 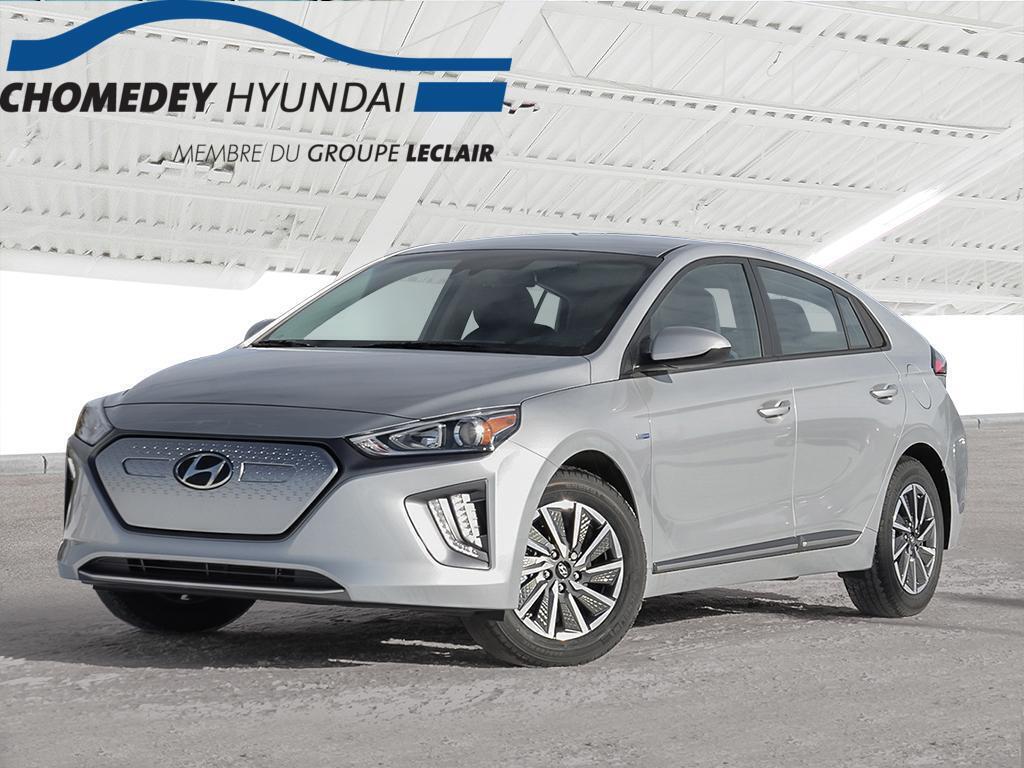 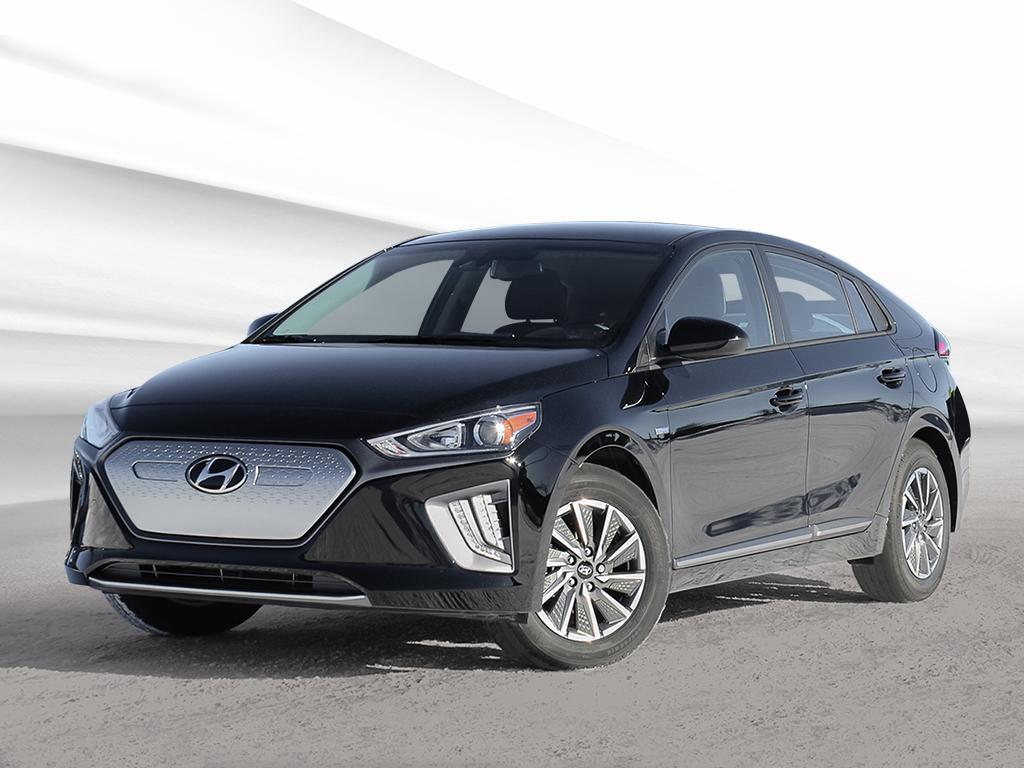