One year removed from a complete redesign, the 2020 Lincoln Navigator ticks all the boxes expected of a full-size American luxury SUV.

It’s massive (bigger than the soon-to-be-replaced 2021 Cadillac Escalade), powerful, and regal, dripping with luxurious appointments and rides down the road with a demeanour best described as a mobile living room. In this regard the Navigator is decidedly retro, which some buyers will find comfortingly nostalgic.

There’s no question when viewing the new Navigator that one is in the presence of imperious luxury. It’s essentially a very large box, but a handsome one with fine detailing and the requisite imposing grille – done here in optional body-matching white with illuminated centre crest. The black 22-inch wheels are proportionally correct on this leviathan, and the Navi really, um, shines at night, welcoming you with a lighted salute when approaching. The LED headlights and running lights do a little dance while the puddle lights project the Lincoln logo on the pavement – great for impressing your friends. The optional pearl white paint gives this tester an extra dash of elegance.

If you count a very lofty driving position, 2,656 kg of body-on-frame mass, and a welcomed dearth of digital screens to poke at as safety features, then the Navi has your back there as well. A standard head-up display, meanwhile, helps keep eyes up and on the road.

Despite having a high load floor, the Navigator can haul a whole lot of stuff when the power-folding third row is flipped down. Fold the second row and cargo capacity expands to a whopping 2,925 L, made all the more useful thanks to the Navi’s upright architecture. Major appliances? No problem. I put 10 50-kg bags of concrete back there, and the self-levelling suspension kept this land yacht on an even keel. With all seats in the place, there’s a useful 546 L trunk.

Third-row seat access is reasonably easy thanks to the one-motion (manual) captain chairs that slide and fold out of the way. Once in the back, adult passengers will find the seats quite accommodating. The seats are nicely cushioned and there’s plenty of head-, shoulder-, and legroom for two. Three kids will fit back there in a pinch, and there’s also power recline, USB ports, cupholders, and useful cubbies. If you need to carry more than seven passengers, a second-row bench can be substituted for the captain’s chairs that come standard.

Lincoln does its best to make this huge Navigator easy to navigate, first and foremost providing a powered running board that makes hoisting oneself into the sumptuous cabin less of a chore. An adjustable pedal cluster is there to accommodate those with shorter lower extremities.

Standard on the Reserve is a self-parking system that helps with finding and sliding into and out of parallel and perpendicular parking spots. This is the one area where the Navigator’s mass becomes a detriment. Manoeuvring this beast in the city – and worse still, negotiating parking garages – is not for the faint of heart. Mercifully, it does have a pretty tight turning circle and the 360-degree camera view proves invaluable.

Ford’s infotainment interface gets high marks for its ease of use, and it works here through a floating 10-inch touchscreen with Lincoln’s own graphics that are slick and easy to read. The menu structure is logical, and the voice recognition system responds quickly and accurately to most requests. Factor in a plethora of analogue controls and buttons for HVAC, audio, and seat temperature functions, and you have an interior that bravely sidesteps the current trend among luxury vehicles (read: European) to cram all functions on non-tactile touchscreens.

Lincoln sticks with its signature push-button gear selection that, while at first seems a bit awkward, does soon become second nature. However, there is an annoying delay when toggling between reverse and drive.

The Navigator Reserve comes with just about every luxury trapping you’d expect and desire in a vehicle like this, but it does lack some of the gee-whiz features that its European rivals and that upcoming Escalade brandish. But the core goodies are here, and you will want to spring for the $3,000 Luxury package that adds a 20-speaker audio system and Lincoln’s 30-way massaging front seats that do, indeed, live up to their billing. Getting supremely comfortable in these chairs trimmed in creamy hide is a matter of calling up the adjustment screen and having at it. Yes, Mercedes-Benz offers considerably more variations of massage, but me and my passengers lodged no complaints.

The upgraded sound system is impressively powerful and clean. The Navi gets navigation, satellite radio, a Wi-Fi hotspot, rear-seat entertainment with a DVD player, and Apple CarPlay and Android Auto. It also features an app that allows a smartphone to act as the vehicle’s key fob, giving access to the ’ute and its various functions via your favourite device.

A heated steering wheel along with tri-level heat and ventilation for the front seats are standard; the second row gets heat only. Overhead, a panoramic sunroof lets in the light, and at night there are a handful of ambient lighting hues to choose from. Yes, Benz serves up 60-some odd colours, but why? And BMW lets you adjust the audio volume by twirling your finger in the air above the volume knob. But why?

Nonetheless, in this rarified air of premium luxury, frilly – and arguably frivolous – one-upmanship is the name of the game, and despite the Navigator’s recent reinvention, it feels behind the curve in this regard.

Just about every one of the Navi’s competitors carry V8 power, but the Lincoln goes its own way with a twin-turbocharged 3.5L V6. It certainly doesn’t lack urge, though, as the six-cylinder – borrowed from Ford’s high-performance F-150 Raptor pickup – has no problem giving the big Lincoln wings thanks to its 450 hp and 510 lb-ft of torque. Working in concert with a well-behaved 10-speed automatic transmission, the truck never feels flatfooted, surging ahead on a wave of turbo torque from 3,000 rpm.

At highway speeds there can be a touch of lag when calling for passing power, but otherwise this engine-transmission combo works unobtrusively and effectively.

Sybaritic coddling is the reward for the folks who will spend over $100,000 on a luxo-barge such as this, and starting with the terrific 30-way front seats, the Navigator Reserve delivers. On the highway, the cabin is hush quiet, and the HVAC system controls the climate silently and evenly. It’s a rich cabin, trimmed in high quality materials, with all touch points feeling premium and soft. With said chairs offering massage and three levels of both heat and cooling, the front passengers certainly have it best, although second-row patrons get heat and their own climate controls, and both second- and third-row seats are well cushioned and offer class-leading room.

Over most surfaces the Lincoln rides smoothly, although some rough roads will send unwanted shudders and tire thumps through the structure. Accusing fingers can be pointed at the massive 22-inch wheels and the Navi’s truck-based body-on-frame architecture.

In actual fact, the Lincoln Navigator Reserve offers up very little driving feel, such is the numbness of it retro-American driving experience. The steering is light and devoid of feedback, and the big ute floats down the road like an entire country club on wheels. Handling is ponderous, and there’s plenty of body roll when negotiating on/off ramps. Of course, those in the market for these vehicles are not looking for sport, and despite its somewhat nautical road manners, the Navi is far from wayward.

Turn the drive mode to Excite [Yes, that’s really what it’s called. – Ed.] and the steering firms up a bit, the transmission and throttle get more aggressive mapping, and the suspension apparently firms up a bit, although I didn’t notice any appreciable difference. Yes, there are crisper handling competitors – the Mercedes-Benz GLS-Class and Infiniti QX80 come to mind – but the Navigator is larger than most and seems quite happy going down the road in its own relaxed way.

With an as-tested price of $106,725, this mid-level Reserve is well-priced, butting up against the Infiniti QX80 and current Caddy Escalade. The 2020 Mercedes-Benz GLS 580 starts at $117,000 while the Range Rover 5.0 Supercharged starts at $114,000. If you’re looking for size and class leading passenger space, the Navi is king.

The 2020 Navigator Reserve delivers on all fronts and represents good value, but there is a dark cloud on the horizon for Lincoln’s wheeled pachyderm, and it’s called the 2021 Cadillac Escalade which rolls in fall of 2020. We’ve seen it, crawled all over it (no one has driven it yet) and this all-new luxury SUV looks to be the new benchmark in the class, bristling with tech, bragging stellar appointments, build quality, and with its unibody low-floor construction, capacious cargo and passenger space. It’s a very impressive piece, and if Caddy keeps the price within spitting distance of the Lincoln, the Navigator may see some rough seas ahead. 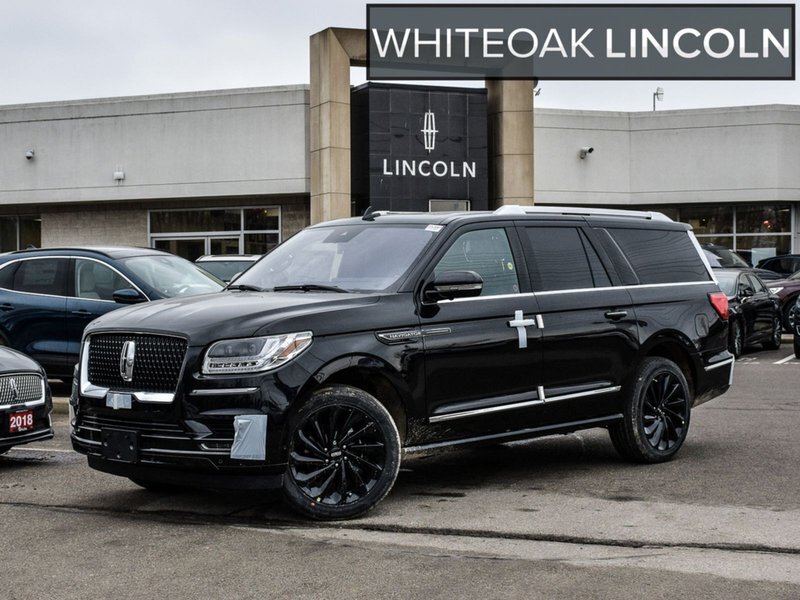 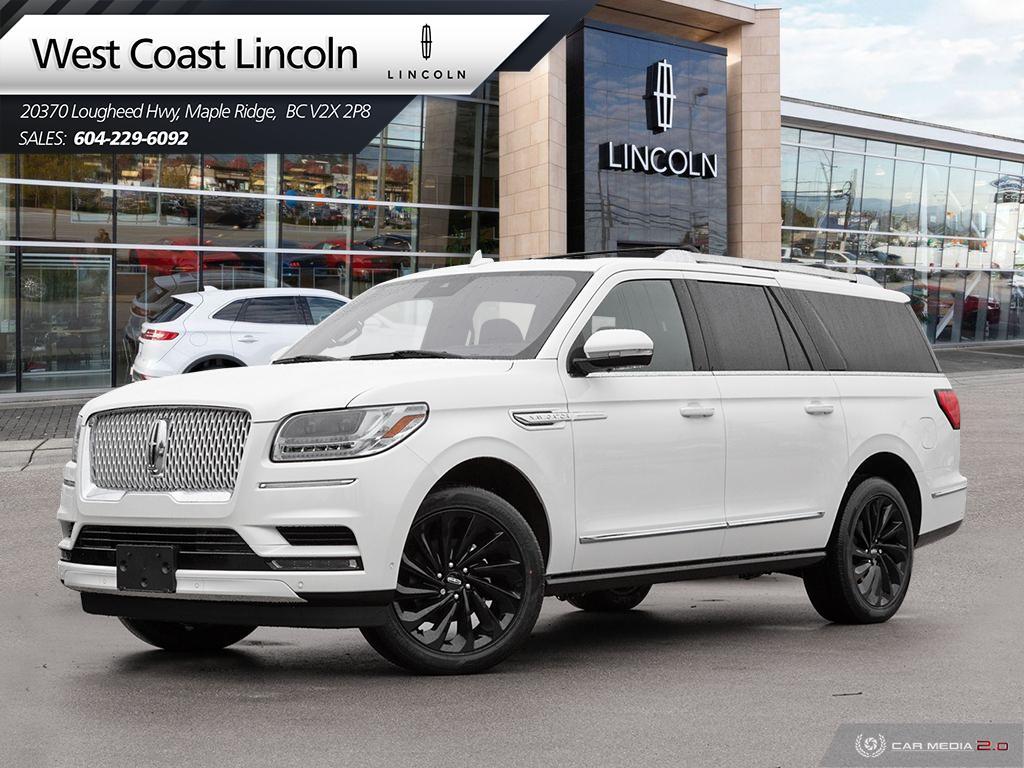