I hate to be the bearer of bad news, but if this is the first you’re learning of this extra spicy version of Range Rover’s Velar and you are keen on buying one, you’ve probably already missed out.

Land Rover Canada is bringing only 60 of the sizzling new Velar SVAutobiography to the Great White North for 2020, and they’ll surely be snatched up straight away. And because Land Rover needs space on the assembly line to produce future electrified machinery, you won’t get another chance after the 2020 model year. It’s a crying shame, too, since this truly limited-edition machine is absolutely sensational, and at just under $100,000, it’s not a bad deal for such exclusivity.

Sure, the more common Porsche Macan Turbo and Alfa Romeo Stelvio Quadrifoglio are very impressive machines for similar money, but their measly turbocharged V6s present paltry power compared to the Velar’s supercharged V8. The 550 hp and 502 lb-ft of torque here may just generate enough of a euphoric hit to the brain that it could render heroin obsolete.

It’s the big V8’s burly soundtrack that contributes to the overstimulation, too. The burble at idle turns into a full-on bellow with a boot-full of throttle, and gear changes from the rapid-fire ZF eight-speed automatic are punctuated by thunder. Land Rover’s people say it’s possible to drive this thing without the electrically controlled tail pipes set to aural assault mode, but who would want to do that?

This version of the Velar – the Land Rover Range Rover Velar SVAutobiography Dynamic Edition, as it’s formally known – is the type of silly machine that defies reason and the expectations of what a sport utility vehicle should be. The supercharged power is delivered in a completely fluid rush the way very few turbocharged engines can match. There’s no pause or stumble, just immediate thrust and a serious wallop of energy the absolute instant it’s wished for by the driver, anywhere throughout the rev range.

Driving it around the canyon roads near Malibu, Calif., (a completely natural home for it), the Velar makes the most ardent driving aficionado question the relevance of sport sedans. Here’s a rig that possesses sensational handling with excellent grip and composure, even when the road is less than smooth, yet it possesses a quickness to the steering to make the Velar feel like it’s capable of hunting down sports cars. In fact, with a zero-to-60 mph run of 4.3 seconds, and the enormous 15.5-inch front and 15.6-inch rear brakes clamped by bright red calipers, it can indeed hunt down most things on four wheels. And it can do all that with four additional passengers and a dog on board, assuming those folks don’t lose their lunch from the dynamic forces.

The Velar’s brother from another, er, brand, is mostly the SVA’s mechanical twin, but the Jaguar F-Pace SVR makes do with traditional coil springs compared to the Velar’s air suspension. The latter is key for giving greater variance in the damping stiffness or suppleness, depending on the driving conditions encountered. It can be firm when ripping around canyon roads, or coddling when slogging along a bumpy highway. Land Rover’s Special Vehicle Operations team reportedly spent more than 63,000 hours fine-tuning the ride calibration.

The air suspension also helps this Velar maintain Range Rover’s required off-road driving capability. While 22-inch wheels and tires with the side profile of a rubber band are not ideally suited for rock-crawling duties, the Velar’s drive modes will optimize its all-wheel drive traction and various computerized aids (including a great crawl mode for steep descents) to go further off road than any high-performance vehicle should. Trying to test the river-fording limits of a sports car is never a good idea, but Range Rover proudly boasts the SVA will manage a depth of 650 mm.

As impressive as the F-Pace SVR is, this Velar gives just a little more. It’s got more off-road capability, more cargo capacity (up to 1,985 L with the rear seat folded), and it’s better-looking. There’s a sleekness and elegance to the Velar that makes the otherwise handsome F-Pace look almost dowdy by comparison. The Special Vehicle Operations team didn’t mess much with the Velar’s 2018 World Car Design Award-winning looks, and it’s all the better for it.

Inside, the interior is similar to the Jag’s, but styled just a little bit fancier. The dashboard layout is swathed in leather and the majority of the controls are activated via glass screens. The climate control does have a pair of knurled knobs – along with a small volume knob for the audio system – but otherwise touchscreens are the order of the day, which makes for a clean cockpit design, but also a lot of unsightly fingerprints.

The gauge pod is a 12.3-inch screen as well, and is configurable to give all sorts of information at a glance. Land Rover’s infotainment system has been a lamentable element in years past, but it’s recently been dramatically improved, even including Apple CarPlay and Android Auto now. That said, it can be slow to boot up initially and lags on inputs.

The seats are covered in a diamond-pattern, double-stitched Windsor leather, unique to the SVA and can be spec’ed in four different colours. Like every other Range Rover, the cabin’s smell is rich with the hides and the 20-way adjustable (and heated/cooled) seats are both supportive and comfortable. The standard massage function for the front seats was welcome when sitting in traffic. The rear seats fold in a 40/20/40 split allowing for a highly flexible cargo space.

What really makes the Velar SVA such an incredible machine is that it is pretty well as close as it gets to a one-machine-does-all scenario. Mind-bending performance on-road (or track!) is harmonized with impressive off-road capabilities. Stunning style is complemented by comfort and sublime luxury. And with only 500 SVAs worldwide, you’re three times more likely to spot a Lamborghini Urus than this ultra Velar. Plus, the Rover will tow up to 2,500 kg.

All of this is a real shame, of course, since it’s probably too late to buy one now anyway. But maybe if you’re lucky, you can still find one at a dealership, and snatch it up. 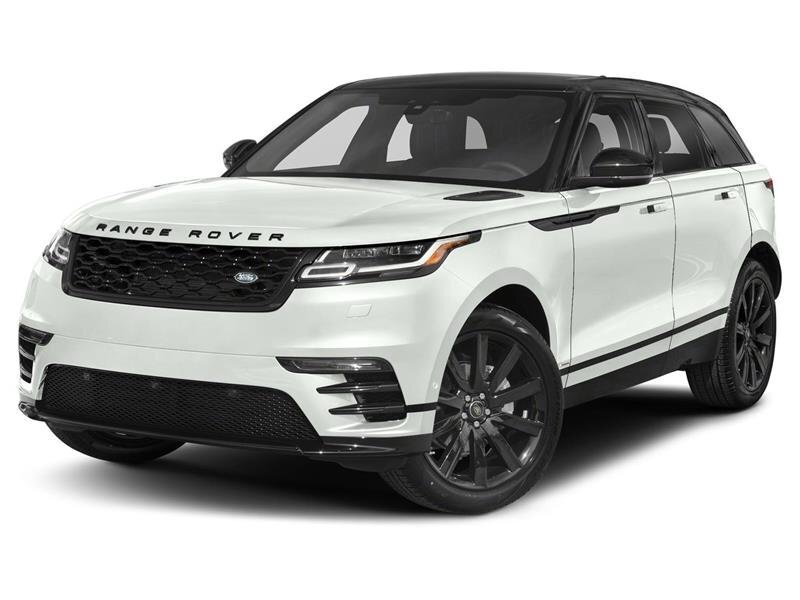